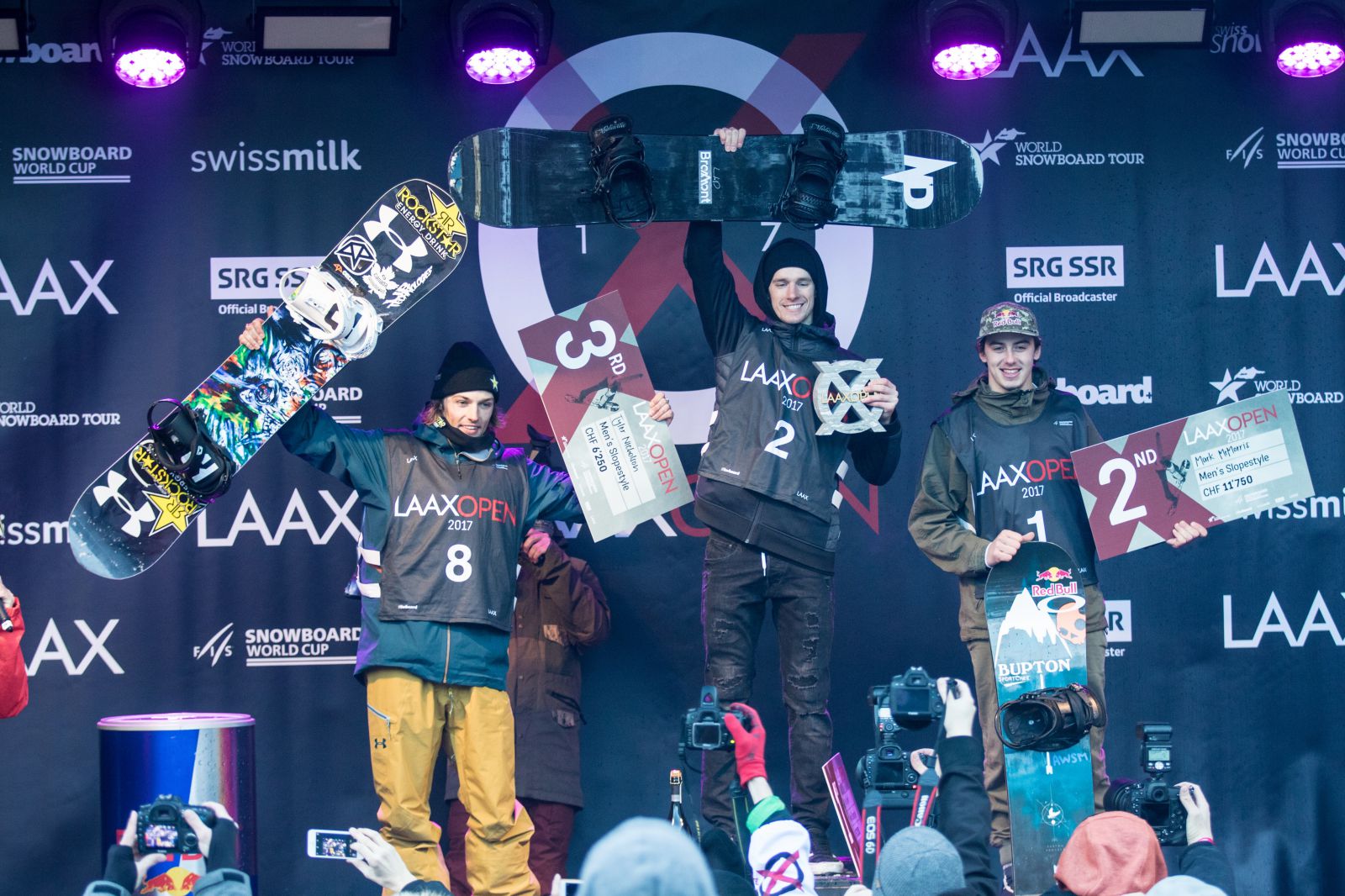 For Parrot, his victory in Switzerland marks the first time the Canadian has reached the podium in this event. The Bromont native was quick to credit his victory to the support of his coaches and his team.

“Our team is very well organized. We have pretty good training camps, which help us a lot and we get really great support from our physios and coaches. It's amazing team support, and I guess that's why we are doing so well right now.”

After falling on his last jump on his first run, Parrot rebounded on his second run and took the top spot by posting a score of 89.00. On his third run, Parrot posted his best score of the afternoon, a 91.58, after completing a Backside Triple Cork 1620 Mute grab. McMorris finished the day with a score of 88.96 while Nicholson’s 85.51 was enough to see him take the third spot in the competition. Of the 12 riders qualified for Friday’s final, 7 were from Canada.

The next stop for the Canadian men’s and women’s Slopestyle team is X Games Aspen, where the team has had great success over the past few years. Parrot will be preparing to defend his Big Air gold medal while McMorris and Spencer O'Brien (Courtenay, BC) will be looking to take home the top spot in men's and women's Slopestyle for the second year running.

In Sunday’s team event, the pair of Carle Brenneman (Comox, BC) and Meryeta O’Dine (Prince George, BC) had the top Canadian performance of the day when they took home the women’s small final.

The Snowboardcross world cup circuit now heads to Bankso, Bulagaria with a set of races taking place on February 2-4, 2017.