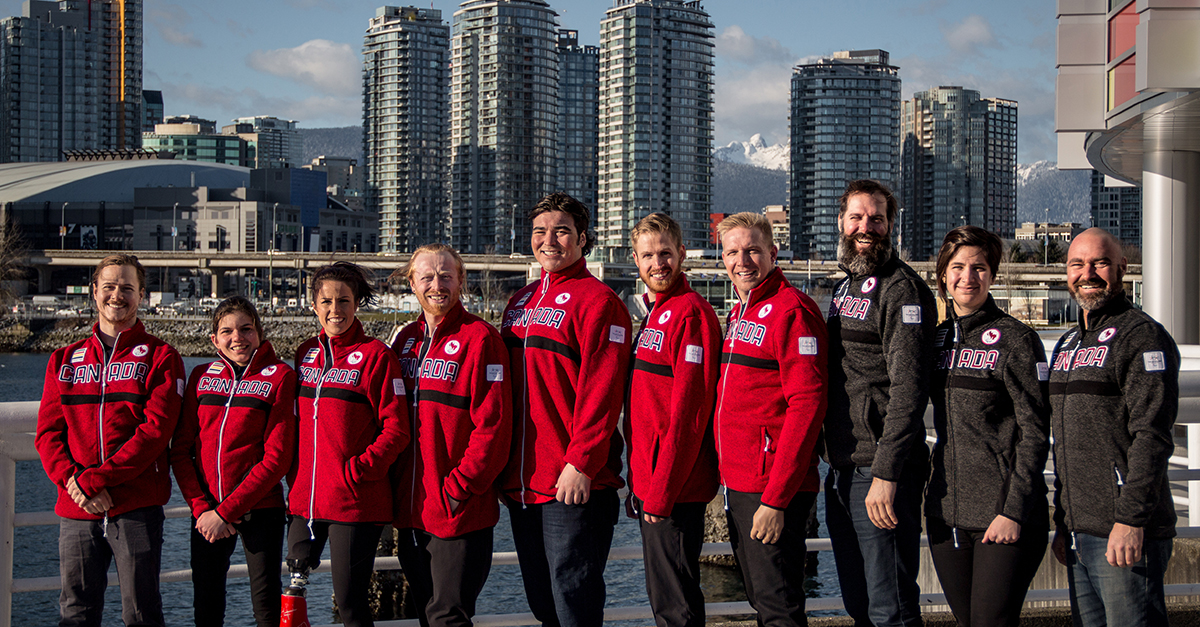 The seven athletes are:

The coaches and support staff on the team are:

Canada’s team features all but two Paralympic Game debutants, with John Leslie (Arnprior, ON) and Michelle Salt (Calgary, AB) having participated in snowboarding’s Paralympic debut in 2014. With the addition of a second snowboarding discipline (Banked Slalom) for 2018, Canadian Paralympic Team riders will now have an additional opportunity to showcase their sport to the world.

The team is coming off one of the most successful World Cup seasons in its history, which saw Curt Minard (Vernon, BC) take second in the Overall Para Snowboard-Cross Crystal Globe rankings and Salt take third in the Overall Banked Slalom Crystal Globe rankings. The team also capped off the World Cup finals in style, grabbing third in the overall Nations Cup standings, representing the first time Canada has reached the podium in the Cup.

“I’m incredibly honoured to have witnessed the Canadian team’s progression in Para snowboarding since its Paralympic debut at Sochi 2014,” said Patrick Jarvis, Executive Director of Canada Snowboard. “Canada Snowboard athletes, coaches, and support staff have been working diligently to prepare for the PyeongChang 2018 Winter Paralympic Games, and I hope that all Canadians will join me in celebrating this sport, this team, and especially these riders and their incredible achievements on the world stage.”

For the vast majority of the team, this will represent their first time attending a Paralympic Winter Games. The contingent destined to PyeongChang 2018 will be Canada’s largest Para snowboard contingent in history, and the team is hungry for success.

“A big congratulations to all of the Para snowboarders named to the Canadian Paralympic Team today,” said Todd Nicholson, Chef de Mission for the Canadian Paralympic Team in PyeongChang 2018. “Snowboarding is such an exciting sport that is continuing to grow at the Paralympic Games and it is fantastic to see Canada sending a full team of talented athletes we will be proud to watch compete. Best of luck to all of our snowboarders at the Games, and we’ll be there supporting them the whole way.”

Competition dates for Para Snowboard-Cross and Banked Slalom are March 12 and 16, respectively. Broadcast dates and times will follow shortly.

“Whenever I watch them race, I am amazed by the talent of our Para snowboard athletes,” said The Honourable Kirsty Duncan, Minister of Science and Minister of Sport and Persons with Disabilities. “I can’t wait to watch them compete in PyeongChang as they inspire Canada’s next generation of athletes in this growing Paralympic sport. Congratulations to all of the Para snowboarders named to Team Canada today.”

“The main difference between Sochi and PyeongChang for me is the level of dedication. After Sochi I put all my efforts into becoming the best Para snowboarder I could be. I have done all the preparation needed to podium and am excited to compete against the best in the world! I believe my previous experience has made me a better leader and more confident going into PyeongChang. I hope sharing my previous experience at the Games has “stoked” my teammates out and they know they can come to me with questions.”

“I am extremely honoured to be selected and I am as ready as I will ever be. The hard work, commitment and determination on the quest to represent Canada have prepared me for this amazing journey. I’ve dreamt of this moment since I was a child and my goal is to show Canadians and the world that great things happen when you push limits and believe in yourself.”

“Words cannot describe how it feels to be headed to my first Games. Growing up an athlete in Canada I always looked forward to the watching the Games because it was an opportunity to see our best compete on the world stage. For me to now have the opportunity to follow the Canadian flag into the stadium at PyeongChang 2018 overwhelms me with a sense of pride. No matter the outcome, I just hope to make my family, friends and country proud.”