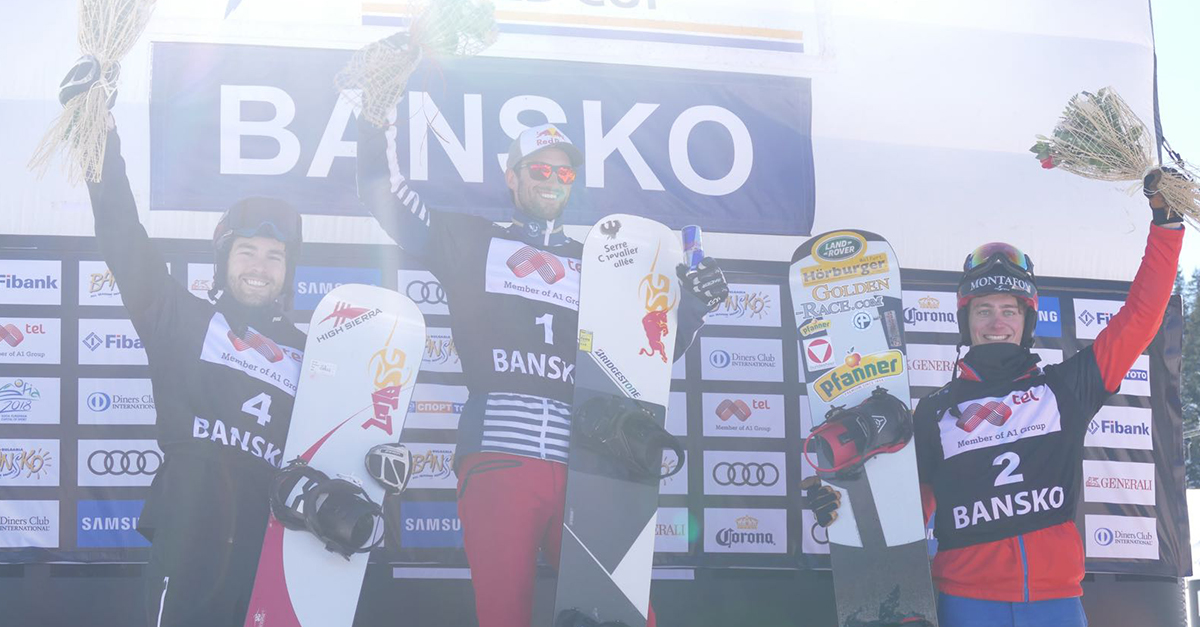 Chris Robanske (Calgary, AB) had plenty to smile about on Saturday, winning the silver medal at the Bansko Sprint Snowboardcross World Cup in Bulgaria. This is the soon to be two time Olympian’s first World Cup medal this season and 8th Individual World Cup medal of his career.

Robanske dueled with 2014 Sochi Gold Medalist Pierre Vaultier (FRA) from start to finish before a photo finish that saw him cross the line a mere 0.03 seconds behind the frenchman, and in front of Austria’s Alessandro Haemmerle. Fellow Canadian Baptiste Brochu (Saguenay, QC) finished just off the podium in 4th. On the women’s side, Zoe Bergermann (Erin, ON) finished in 5th, while Meryeta O’Dine (Prince George, BC) and Tess Critchlow (Kelowna, BC) finished 10th and 11th respectively.

The Snowboardcross team will now compete in one last World Cup in Feldberg, GER from February 2-4 2018 before heading off to South Korea to compete in February’s PyeongChang 2018 Winter Olympic Games.