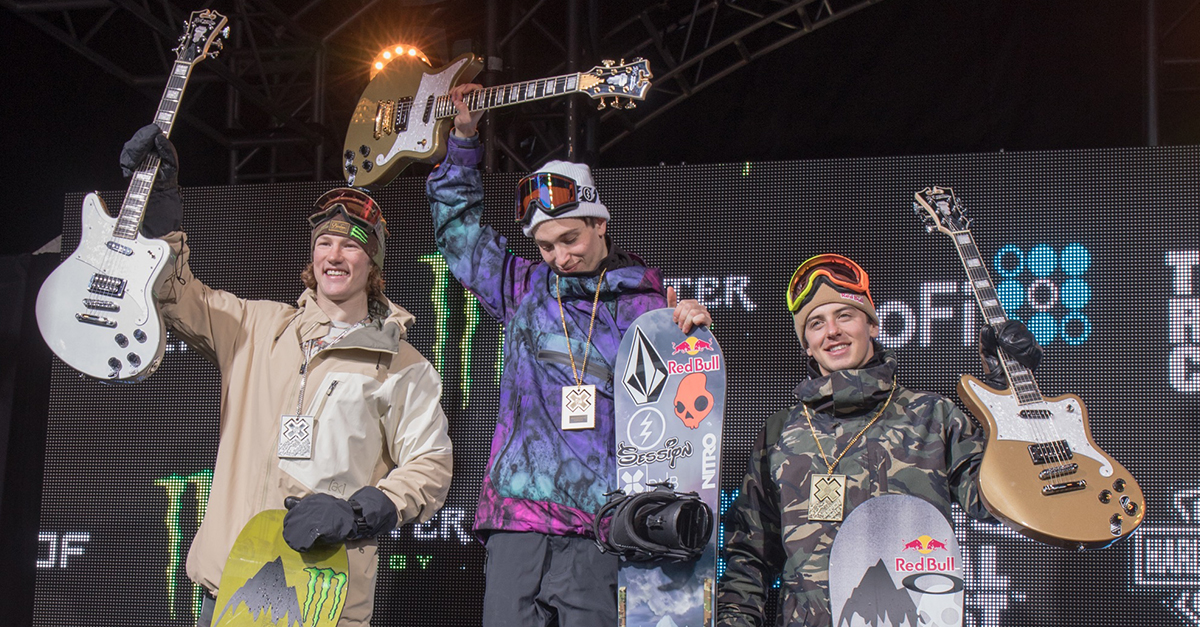 Sharpe was part of three Canadians making up the eight man final, coming in 2nd during Thursday’s qualifiers. He was rewarded with the silver medal (Score 91.00) after his third and final run, which included hitting almost all of the rail features on the course as well as an unbeliveable off the toes frontside 1440 Nose grab. This is Sharpe’s first X Games medal in only his 3rd appearance.

Having booked a spot in the final through his podium performance last year, McMorris was eager to once again to add another medal to his impressive X Games Medal collection. A highly technical rail section lead into a Switch backside 1260, a Frontside Triple Cork 1260, and a massive Backside Triple Cork 1440 indy to score 90.00 and grab the bronze. Tyler Nicholson (North Bay, ON) finished just off the podium in 5th.