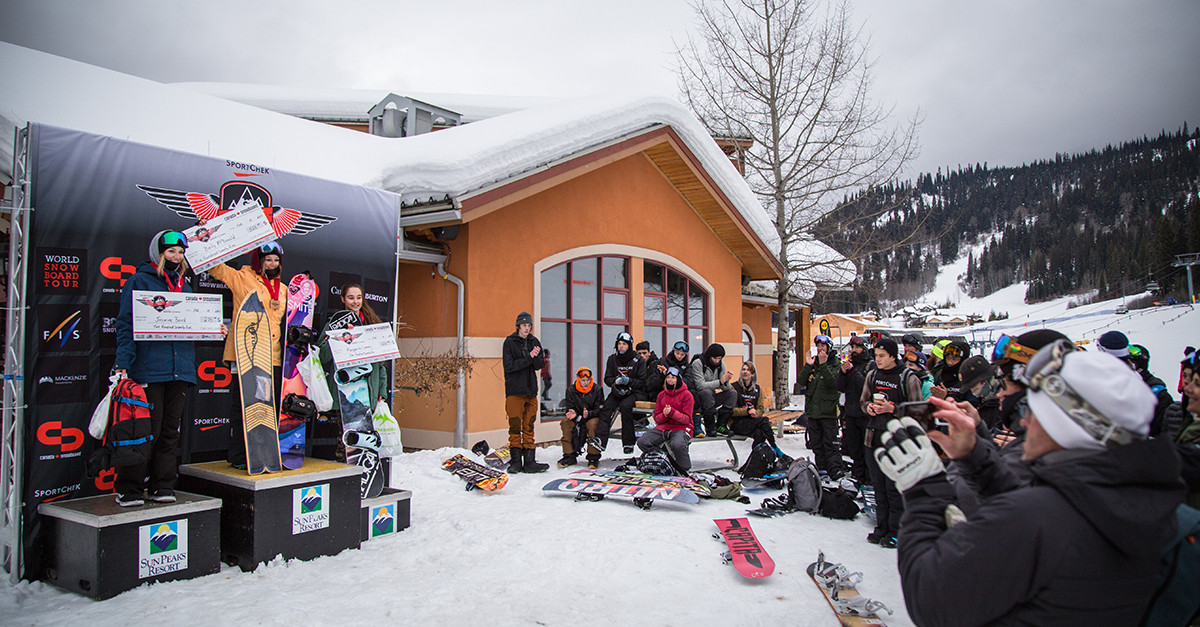 BC Snowboard events and athlete performance were on display in 2016-2017 with several things to celebrate.

In February, the most anticipated event in the BC snowsports community – the Big White 2017 World Para Snowboard Championships -  got underway. Following months of preparation and build-up, para snowboarders from around the globe descended upon Big White Ski Resort near Kelowna to challenge each other on the world-class banked slalom and snowboardcross courses. Along with other Para National Team members, Nelson’s Gerrit Van Bruggen, Vernon’s Curtis Minard and Whistler’s John Leslie represented BC and Canada with pride and distinction, though the podium remained elusive. The week-long competition was a major success, drawing plaudits from both athletes and international federations alike, and will greatly serve to boost BC’s profile when it comes to selecting future Para competition host venues.

Future Olympians Sharpen their Skills at NorAms in BC

With the world’s biggest winter sporting event looming on the horizon, riders from across North America continued to press their case for inclusion on their respective National Teams, and were aiming for big results at the NorAms held in BC. Sun Peaks hosted a Sport Chek Air Nation slopestyle event in February (see results), while the Snowboardcross riders ripped up Big White in March, led by a dominant performance from BC’s Katie Anderson (see results). Bubbling just under the surface is a huge depth of talent, and the snowboard community saw a glimpse of what’s to come thanks to BC’s popular RIDE ON Provincial Series.

Breakthrough Performances by BC athletes

Meryeta O’dine from Prince George, BC, landed on SBX World Cup podium for the first time in February thanks to a third-place finish in Feldberg, Germany. Later in the 2017 campaign, National team veterans Kevin Hill of Vernon, BC, and Chris Robanske, who resides in Squamish, BC, joined forces to earn a bronze medal in the SBX team event at the FIS World Championships in Sierra Nevada, Spain. Robanske then added a Canadian title with his winning performance at the 2017 Sports Experts Speed Nation Nationals at Mont Tremblant, QC. National Development Group member Evan Bichon (Prince George) also enjoyed a strong 2017 season making his World Cup debut at Montafon, Austria.

The next few months of preparation will equally be vital for all of our BC riders on the National Team, which includes Tess Critchlow (Kelowna), Carle Brenneman (North Vancouver), Katie Anderson (Jaffray), Curtis Minard (Vernon), Mercedes Nicoll (Whistler), Darcy Sharpe (Comox), and Spencer O’Brien (Courtenay), as well as riders who have moved West to live and train with us in BC like Zoe Bergermann and John Leslie.