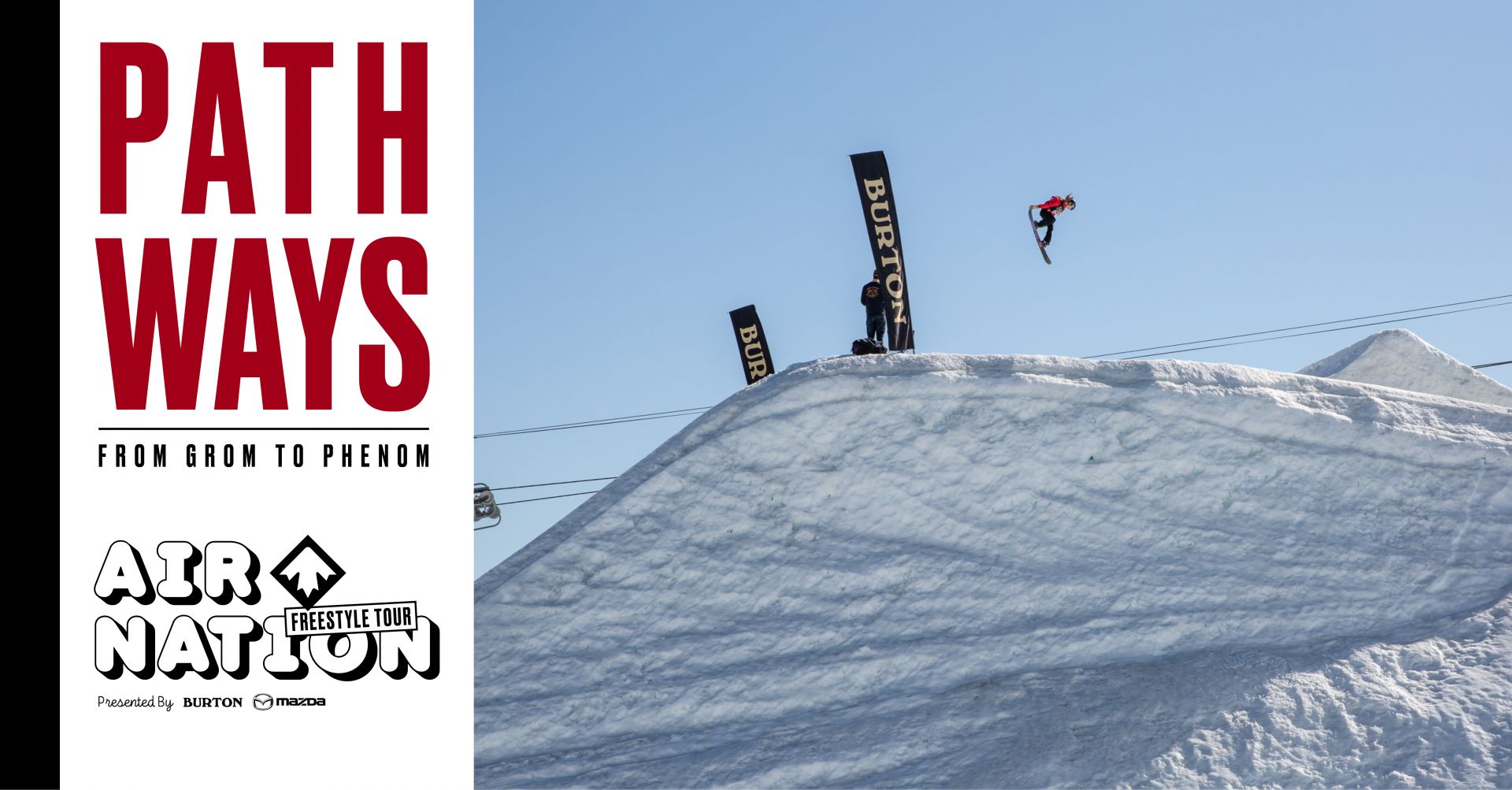 What does a snowboard company do with old and no longer re-usable snowboards? Burton has been long supporting the Air Nation Tour and as part of their commitment toward environmental sustainability they have been creating medals out of recycled snowboards for each – Freestyle – Alpine – Snowboardcross - Canadian National Championships. Burtons entire fleet of snowboards meet the Forest Stewardship Council (FSC) certification ensuring woods used in their snowboards are harvested legally, protecting conservation values among these lands. When a snowboard becomes unusable in Burton’s inventory they recycle them. It is these same snowboards that are cut into palm sized squares rendering - no two medals identical - resulting in a unique colourway and pattern. These medals are then etched at the Burton factory with the national tour name and placing. I don’t know about you but I’m down with this initiative and the medals do have a fresh – snowboard inspired look. 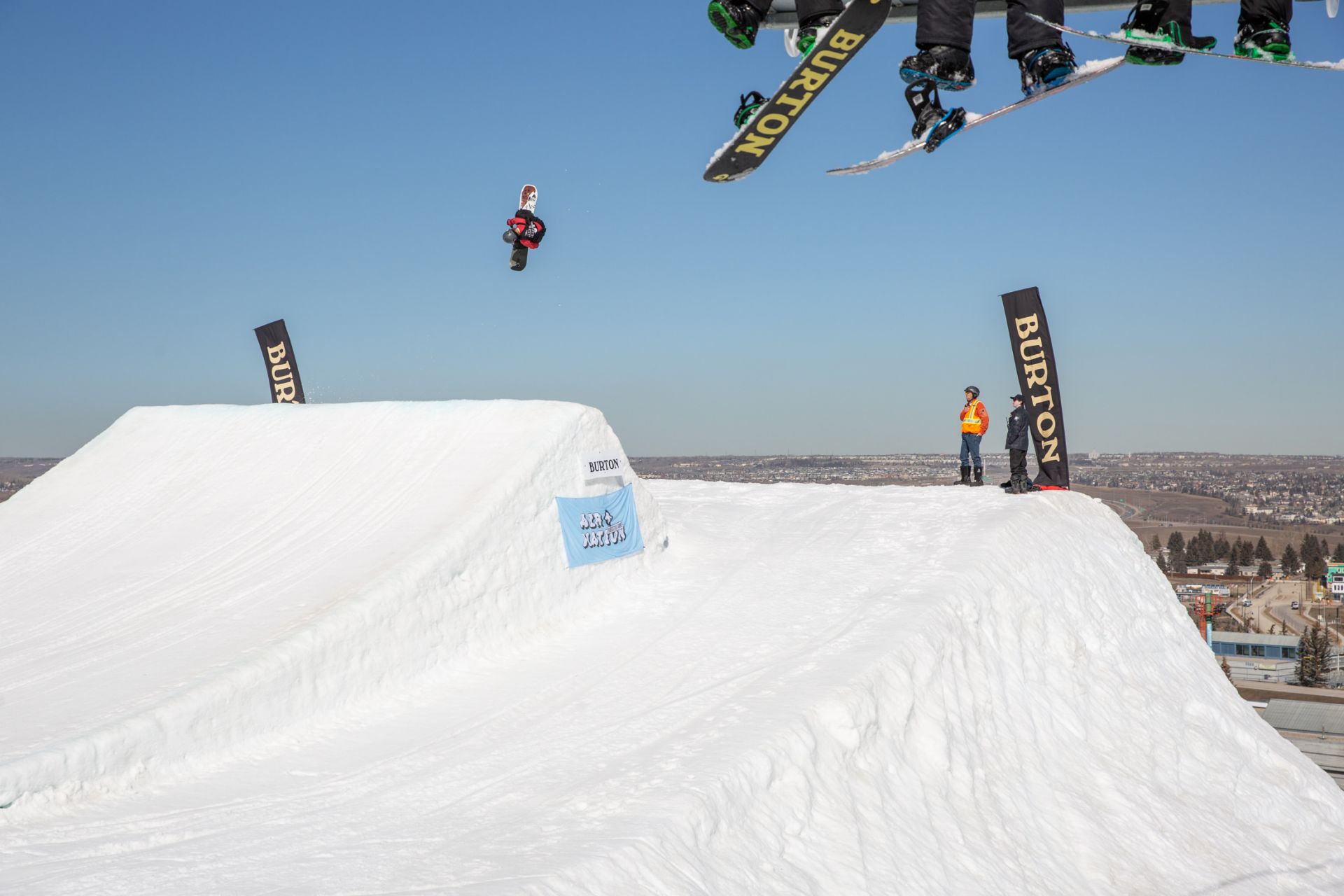 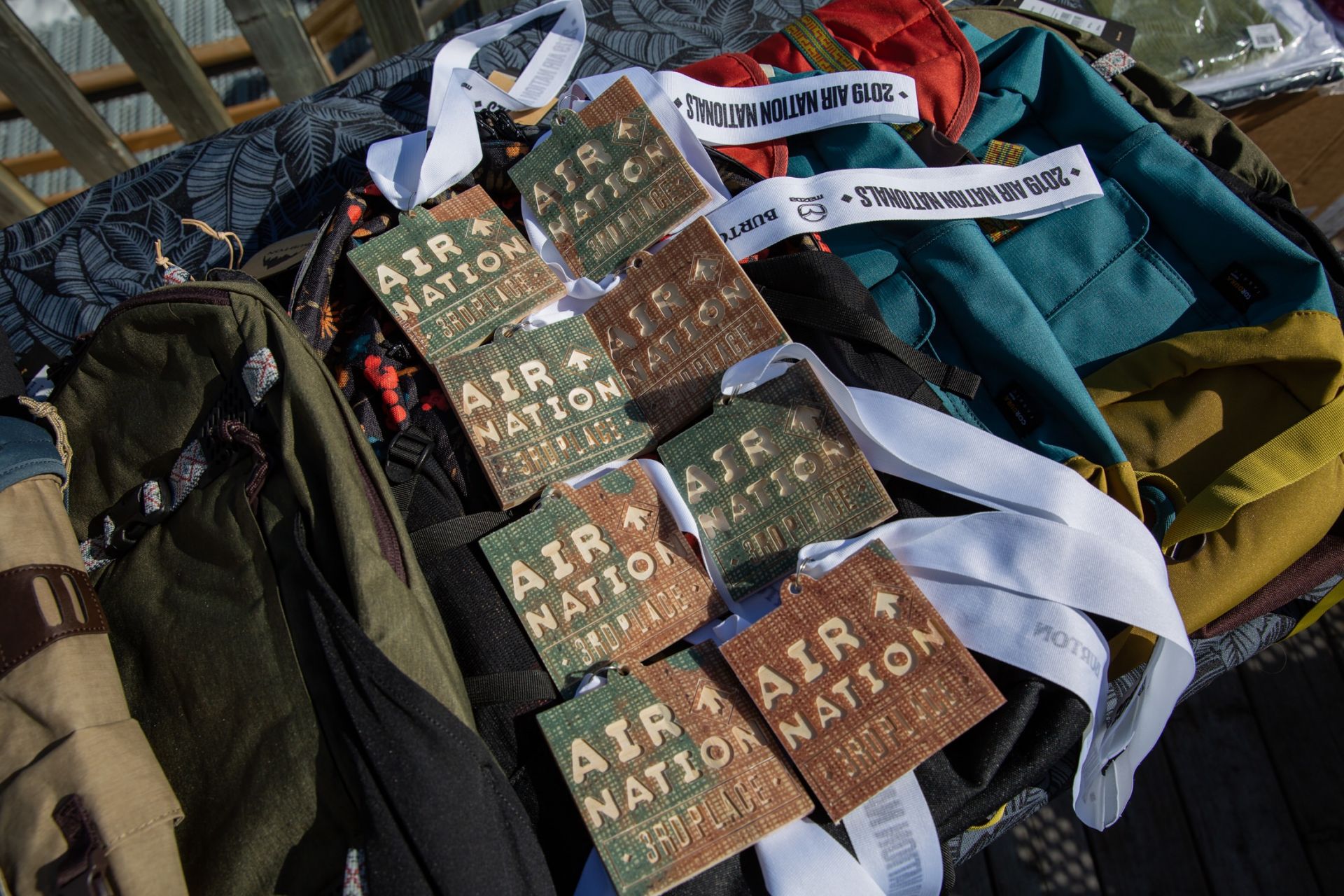 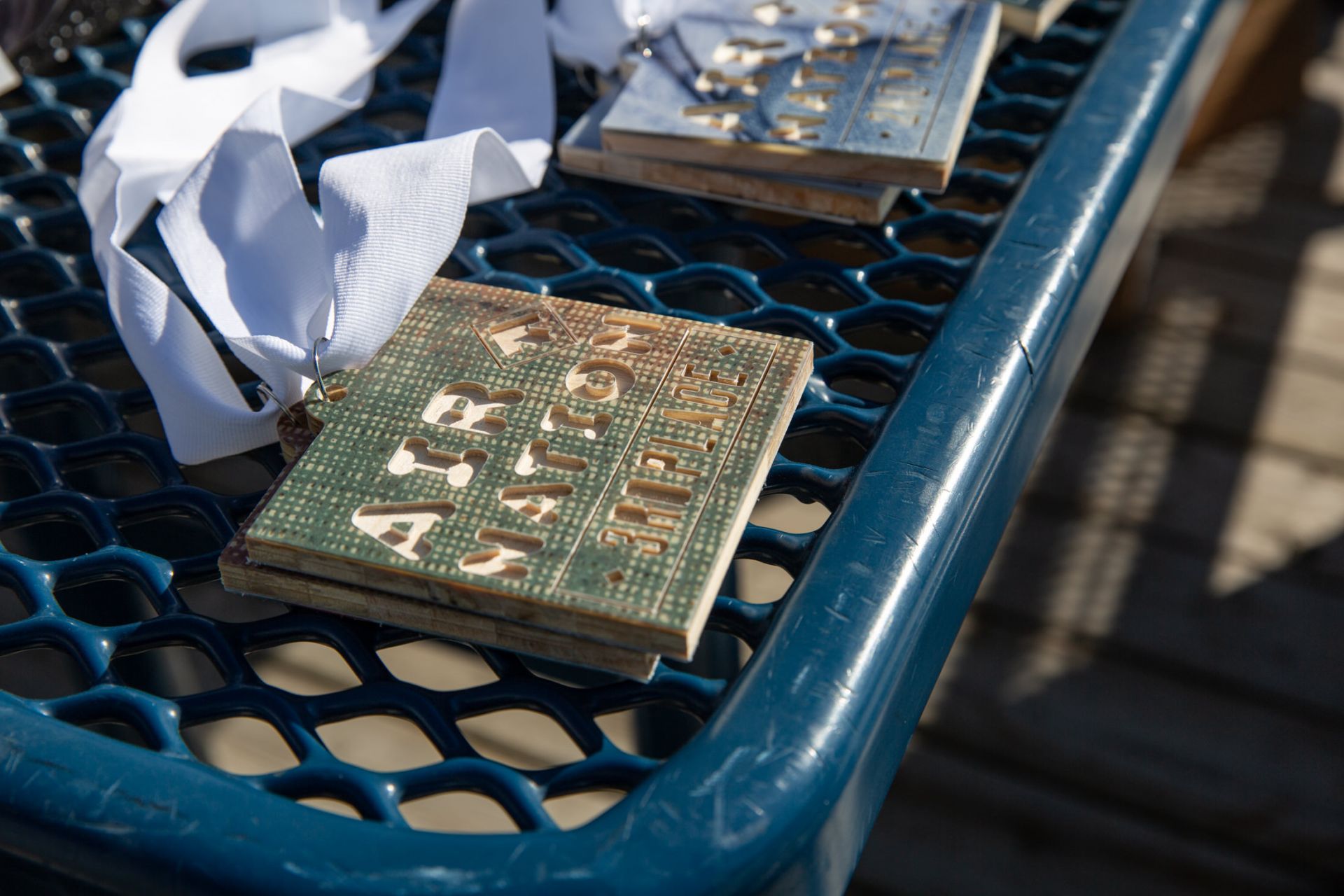 Burton has long been supporting the Air Nation Tour, a 5-stop event series coast to coast where athletes across the country come together to compete against the country’s best in Slopestyle, Halfpipe and Big Air and rounding the year off with a Canadian National Championships that is the Air Nation Nationals. 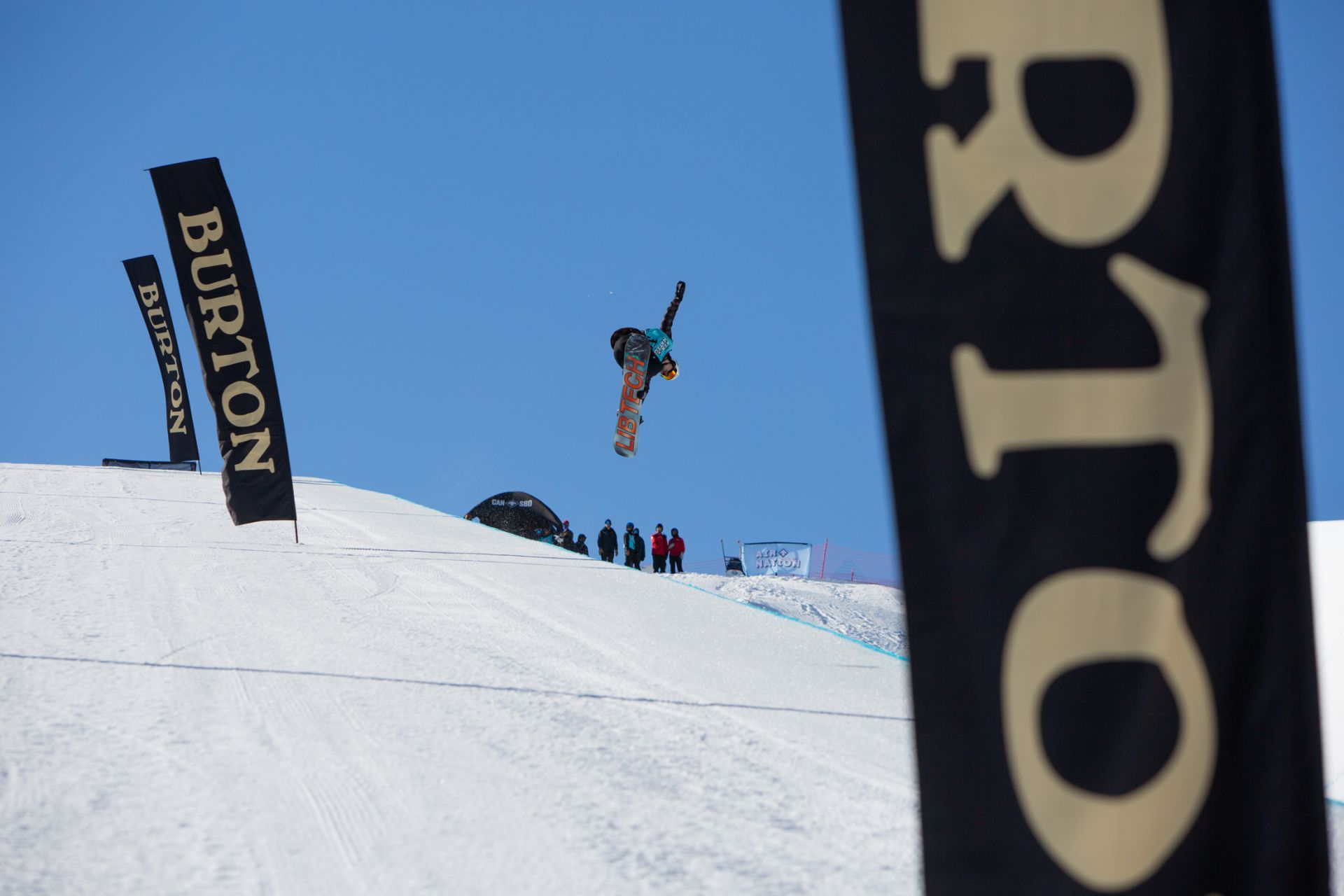 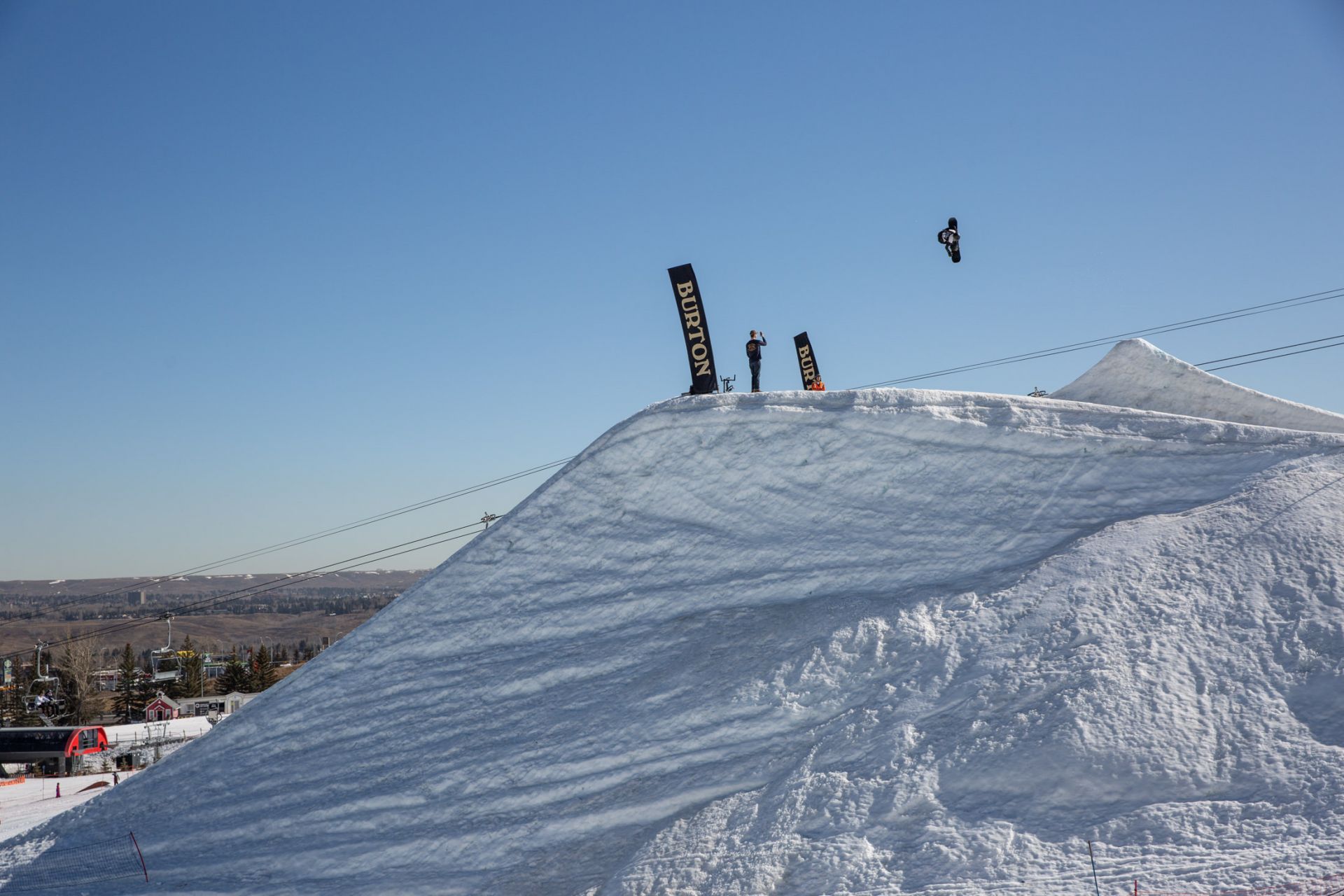 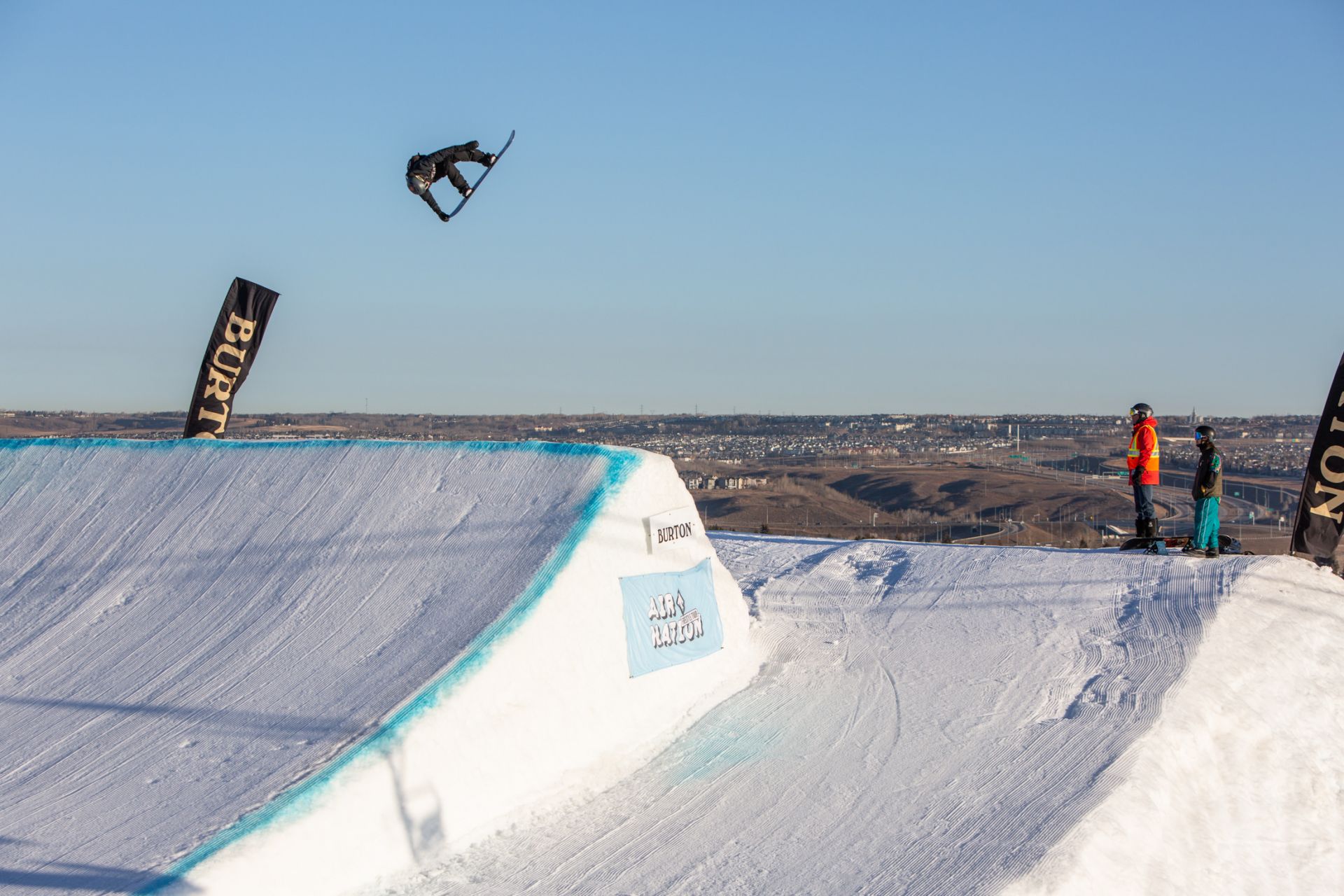 If you have never been to an Air Nation event before you might be surprised by the stoke among the competitors and the positive energy they exude. Some of the competitors are fueled by the loud support of their competitive counterparts shouting – “you got this” or “yeah, go get it”– for words of encouragement while receiving rounds of fist bumps where others remain calm with an intensive focus resembling that of a quiet assassin. While these approaches are vastly different, being on-course and at the start gate where riders drop is high energy and the riders seem to attain a sense of ‘we’re in this together and going to support each other’. It’s a culture that is certainly unique to snowboarding compared to most individualized sports. Burton’s hand in the Air Nation Tour help make these events happen, raising the supportive stoke – the essence and core – of snowboard culture in Canada. 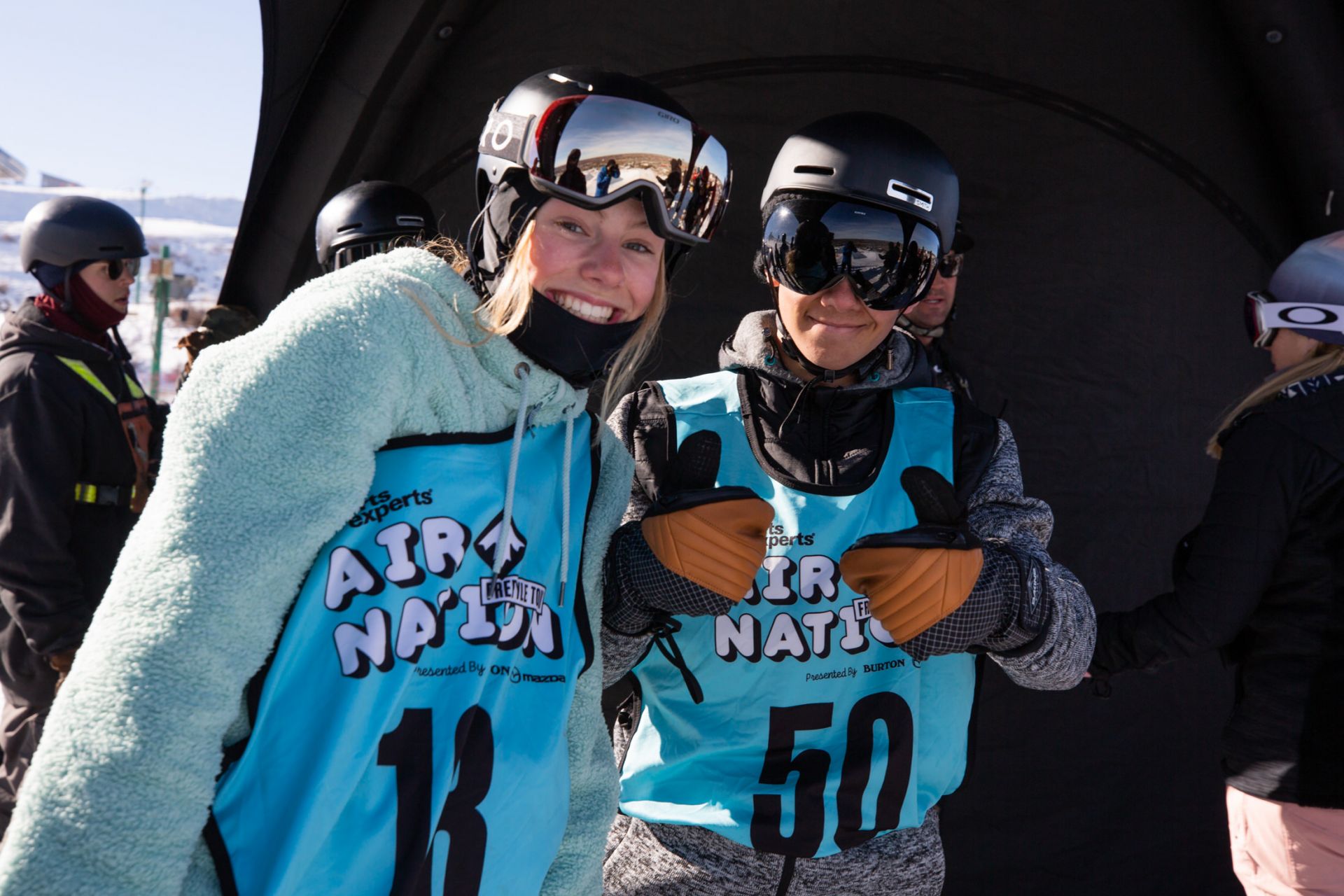 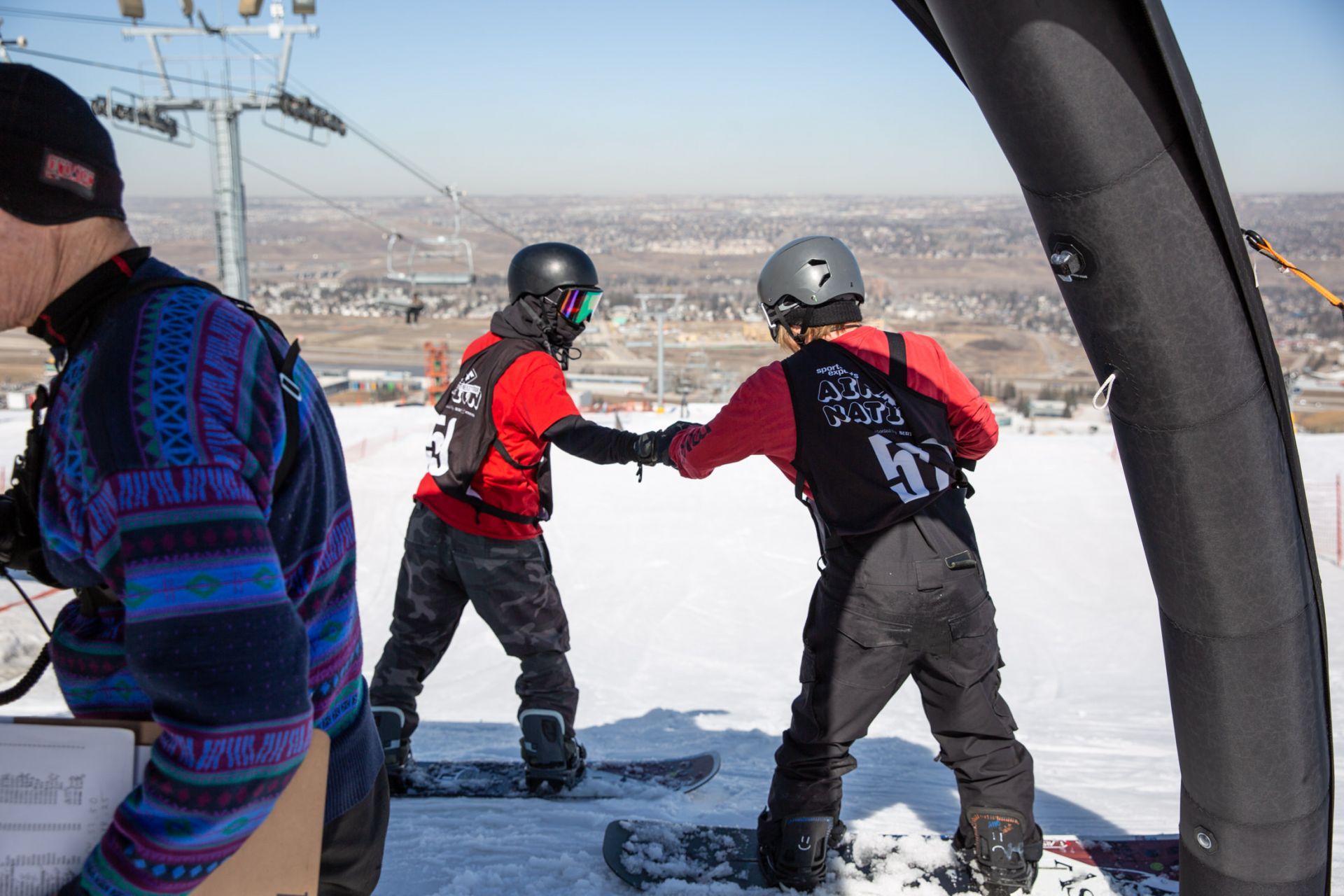 After the competition riders congregate to the awards deck where the award ceremonies are held. Nerves and excitement occupy the top riders while they await anxiously for the final standings where other riders and coaches gather in support, curious of the standings. Situated next to the podium rests a large prize table riddled with Burton gear –from a wide array of travel accessories to outdoor adventure gear - soon to be in the hands of each medalist. The roar of the crowd erupts with each rider being called up as they stand on the podium. The podium prospects are greeted with a congratulatory high five, an innovative medal made out of a recycled snowboard, paired with prizing from one of Burton’s latest line of goods and apparel. 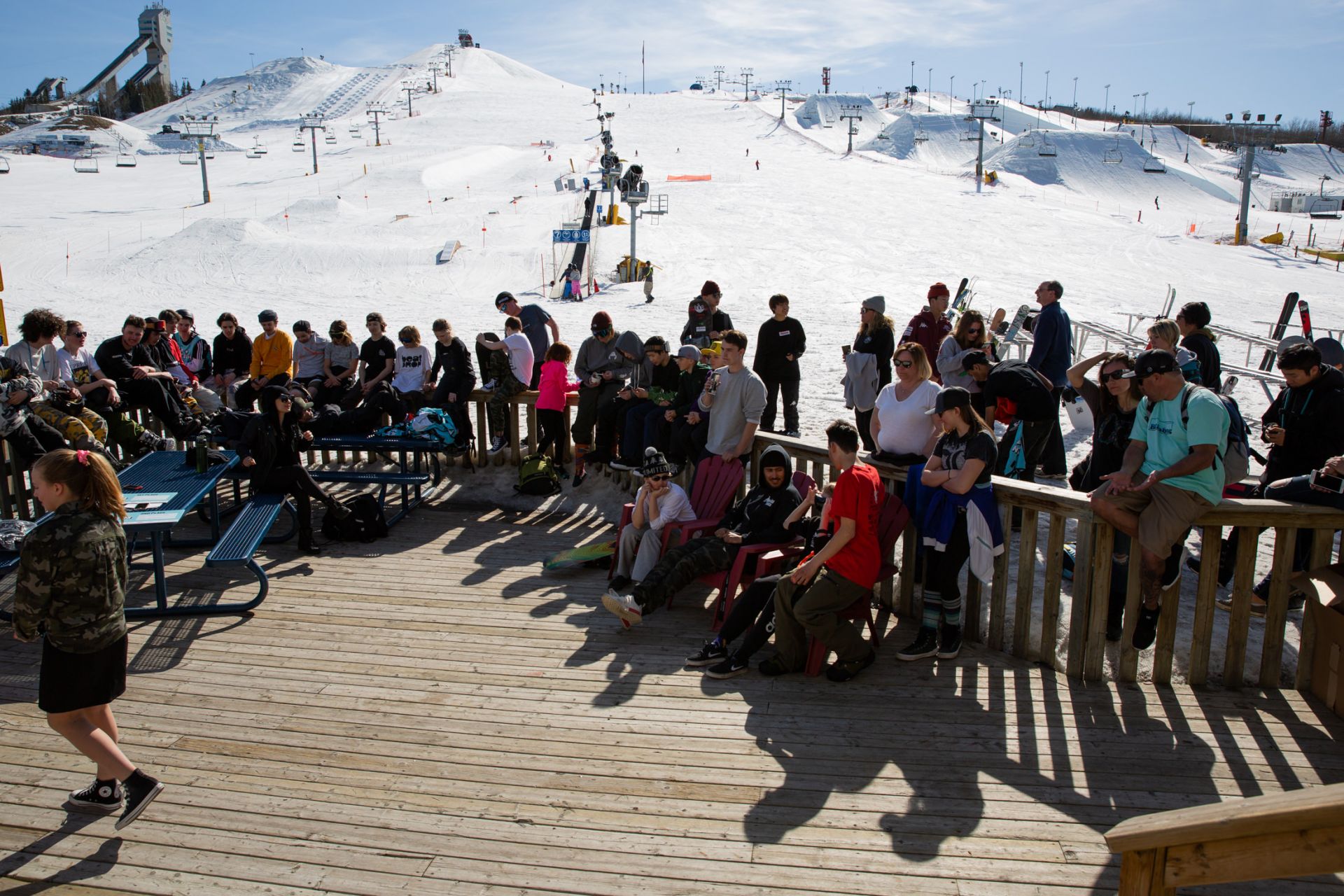 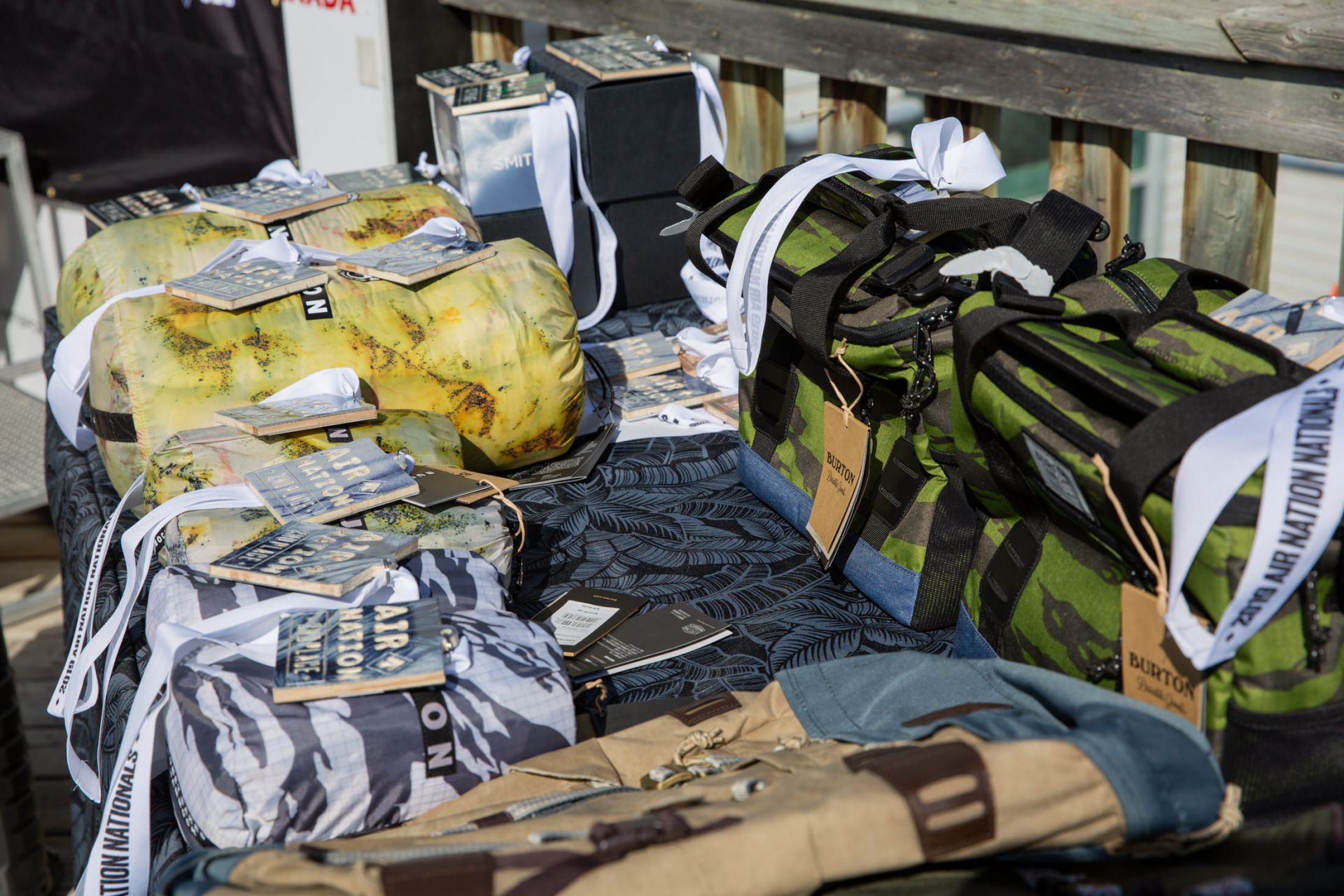 Burton’s presence at the Air Nation Tour and Canadian Nationals never goes unnoticed and the prize tables are always stacked. The existence of the Canada wide tour that is - the Air Nation Tour - is cultivating the nation–wide community of freestyle riders. Cheers to Burton for their support in this and contribution over the years and doing so in way while mitigating their carbon footprint. 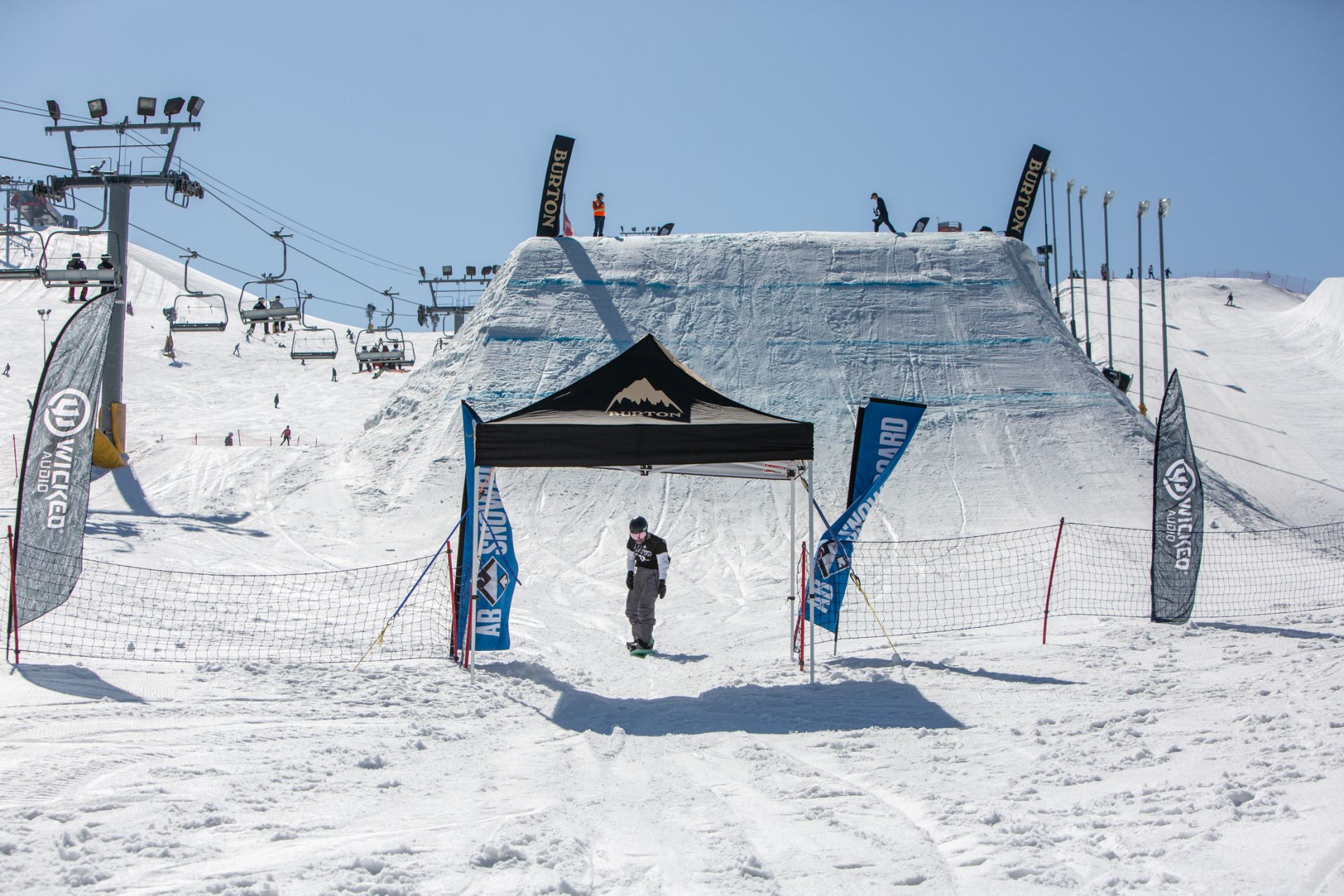