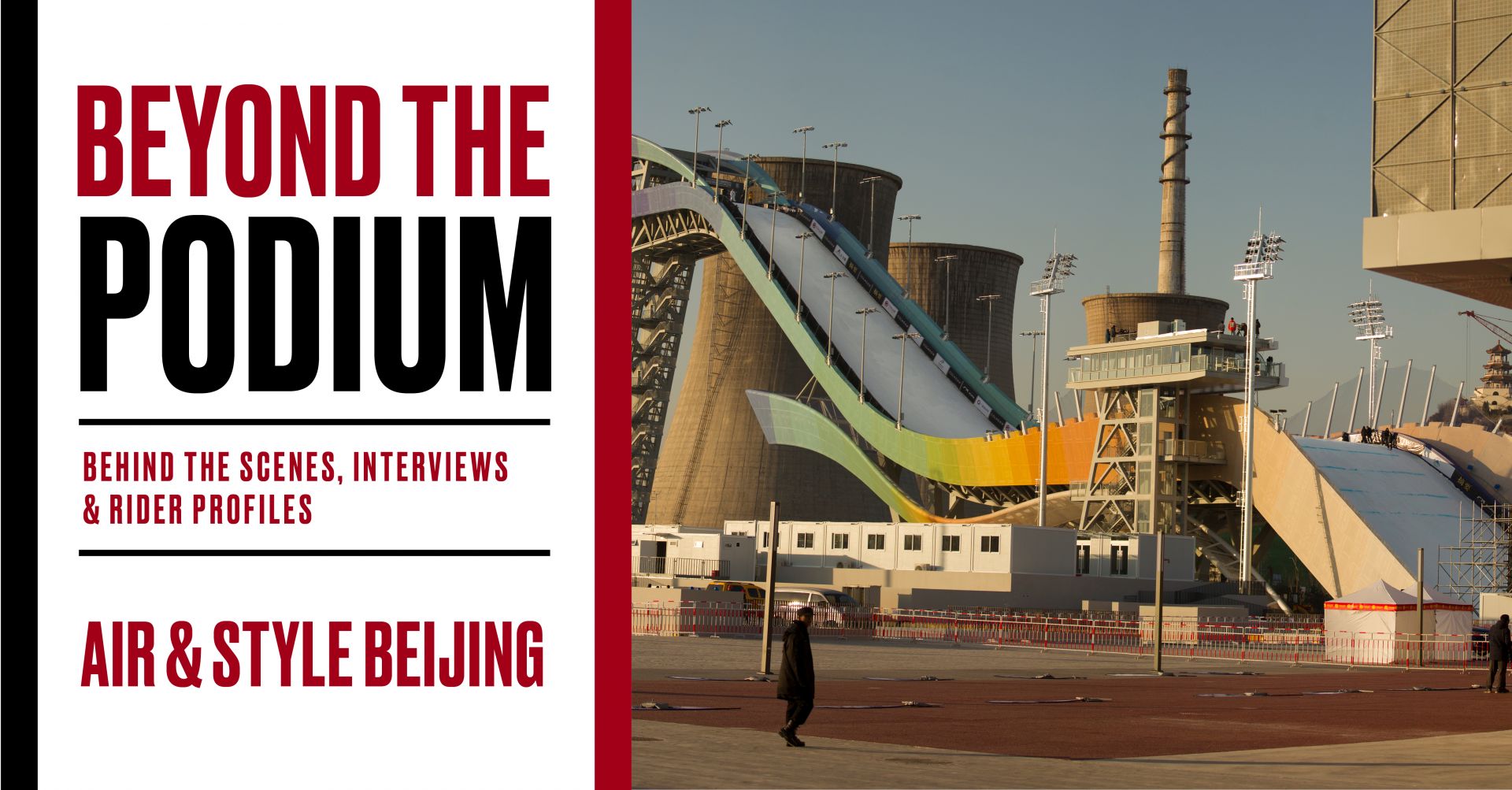 Canadians raising the bar at the sport’s highest level... 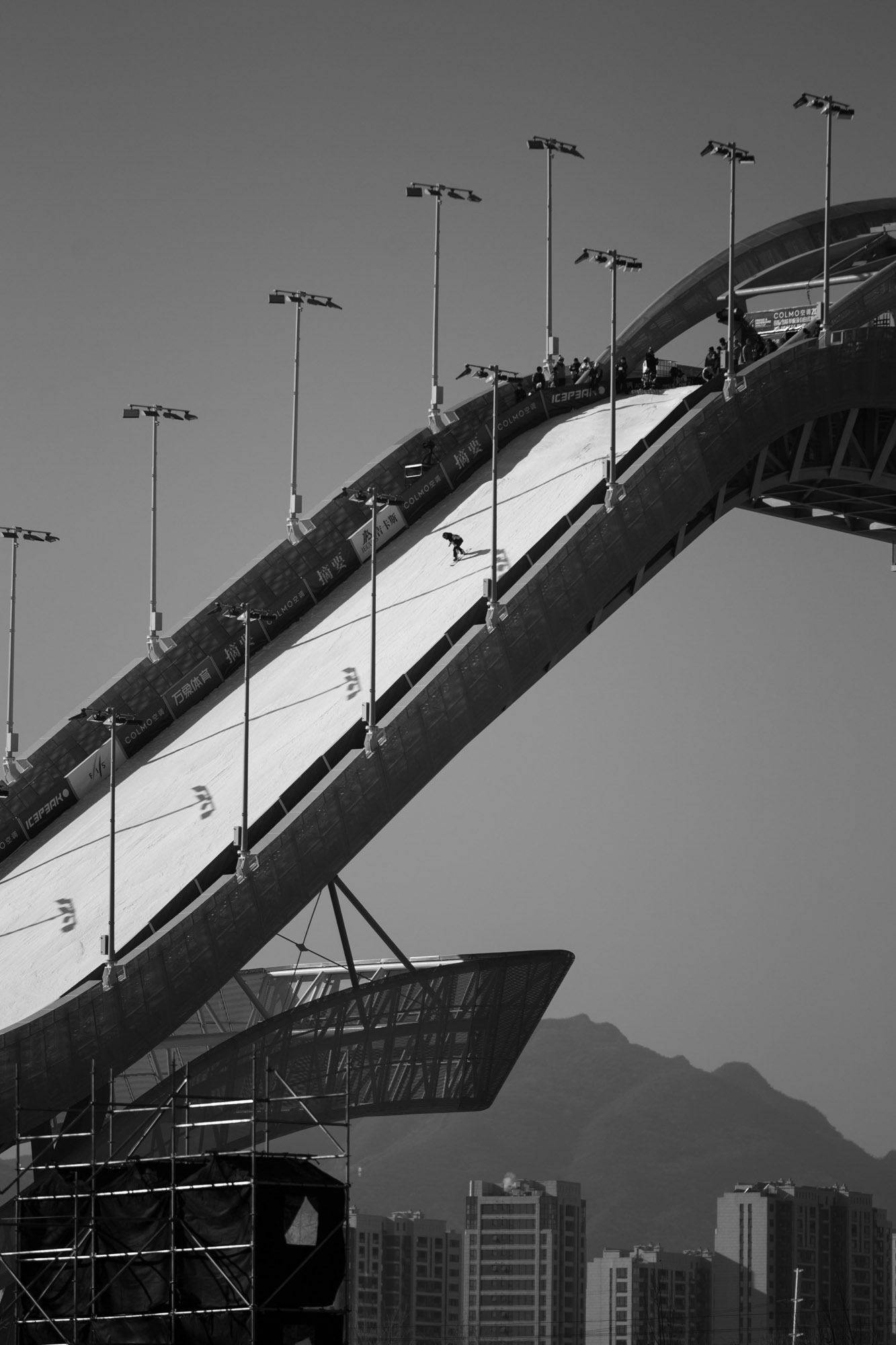 Setting the Scene – A changing China?

Beijing, and China is a World that is almost impossible to fully understand with a North American’s perspective. It is very easy to judge China through the biased views of our media – much simpler to put it in a box and label it than to actually try and comprehend its stories, its perspective, its culture and its scale. Yes, it is very different to Canada, The US, Australia and all other relatively newly habited lands and their populations. Beijing has a story built of billions of stories from over three millennia of moments and experiences. Three millennia of change and growth scarred with more death of its own population than all other cultures combined – all from invading forces. The Chinese, including the many rulling dynasties which inhabited its Capital, Beijing, built 21,196kms of Wall to protect themselves from invaders from the North and West. Over 2000 years of wall building starting around 700bc and finishing in the mid 1600s just to protect themselves – none of the walls worked, they were continuously invaded and massacred and the scale and length of the project tells a very clear story of fear and very real danger. Even in the second World War, the often-forgotten ally of Canada / US / AUS, is China, who lost 20 million people to the invading Japanese – the collective of the above Western trio lost less than 500,000. The loss of any lives is terrible, but their number of casualties is staggering when you put thought to it. Especially seeing they never even left their country!

Why am I telling you this? Note the cooling towers and steel refinery backdrop to the Air + Style Big Air venue…

China is a very big ship. There is a well-known phrase that states, ‘Big ships turn very slowly’. China however, despite its size and population seems to be turning incredibly quickly. 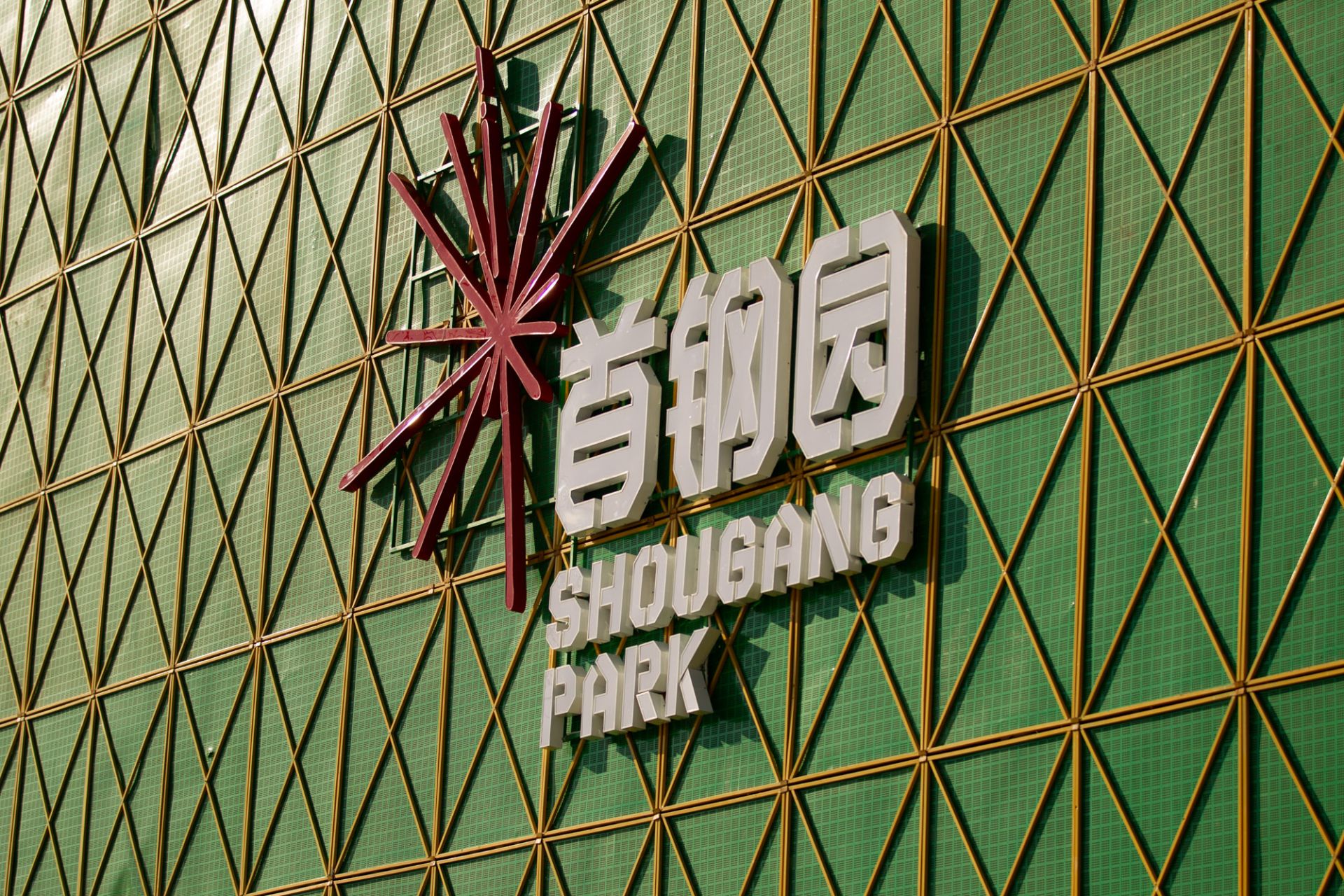 How so you say?

My first trip to China was only 4 years ago. The China I saw then was quite different to the China I saw on this trip. The China I saw on this trip was far less polluted than it was then, far cleaner, far more open to other cultures. It is evolving, and rapidly. The Chinese have planted over 66 billion trees over the past few decades. That is the size of Ireland every year. Imagine that! That is fast enough to completely reforest the entire landmass of Canada in 140 years. They are the largest producers of solar power in the world and that percentage is growing. They are decommissioning coal burning power plants all over the country to be replaced by renewables. Not all are being replaced by renewables, but even those which are not are being replaced by modern coal burning plants are being replaced by state-of-the-art versions which have much lower emissions. 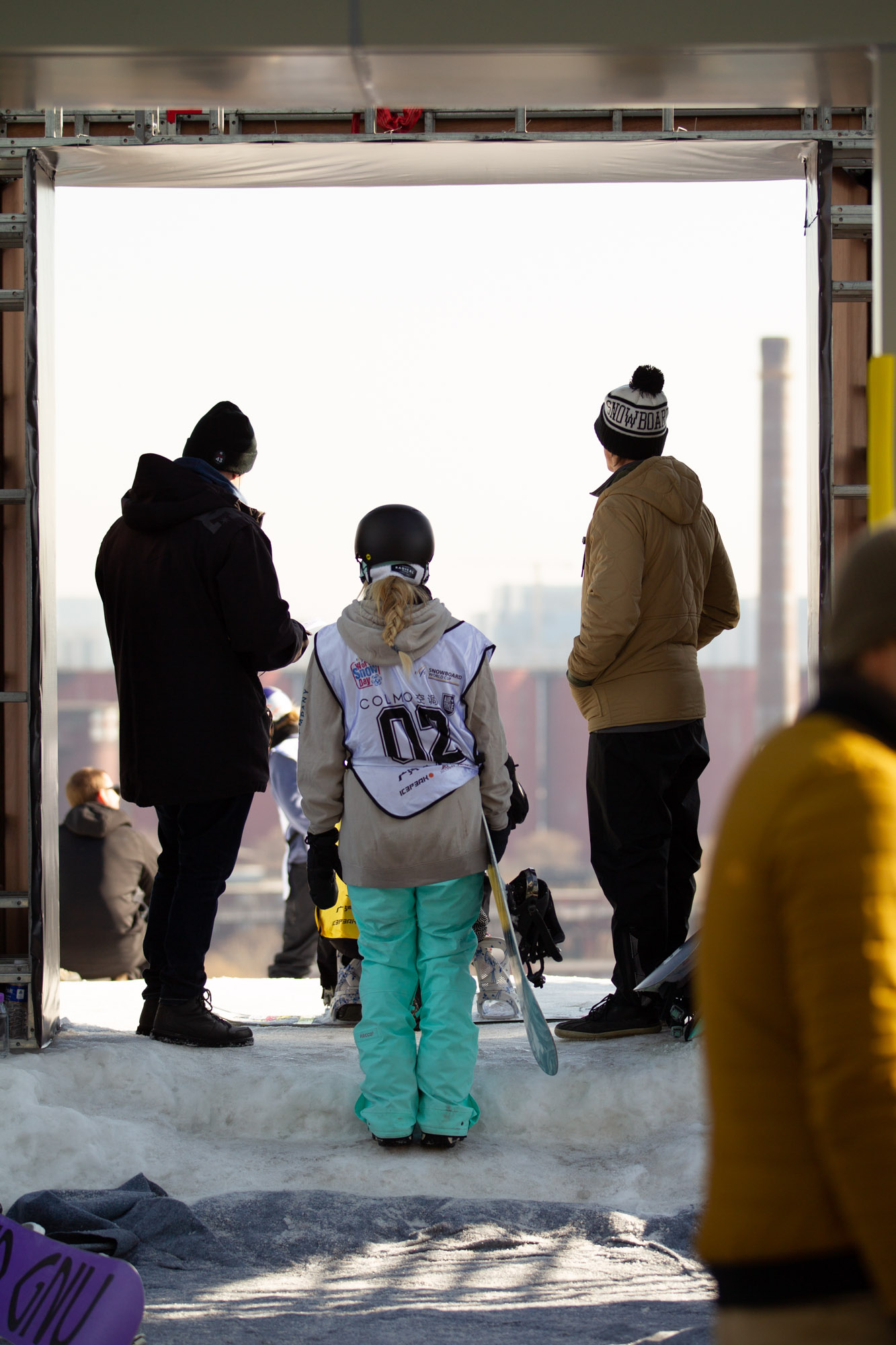 So back to the Air + Style Beijing and our man, Max Parrot standing on the podium with, yet another epic win notched into his belt. We will get back to his victory further down this scene setting monologue. The backdrop to his epic snowboarding battle is the Shougang Park. A huge 100-year-old steel plant and past mega polluter. Not a nuclear power station, as so many Social Media commentators have claimed, but far worse in terms of Global Warming. This relic of the city’s industrial steel manufacturing history is a global award-winning master plan project showcasing the now long-term goal of China to be a green low emissions country. Also worth noting is that the steel plant was moved, not simply shut down, but as mentioned above regarding the rebuild of power plants with state of the art low emissions systems, the new version of the decommissioned steel plant now boasts zero emissions as all waste is recycled and the cooling process is serviced by a desalination system. 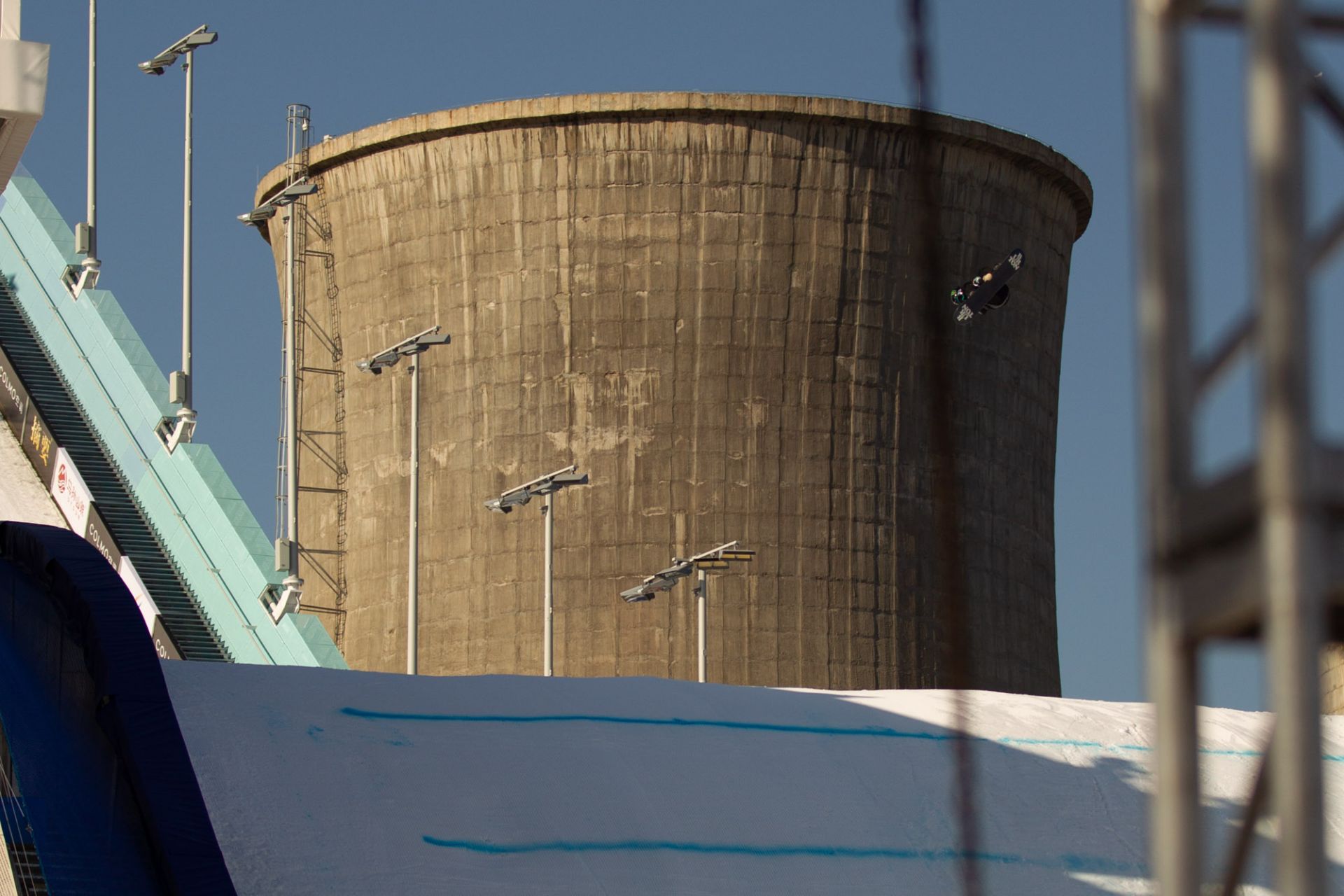 My point to all the above is change and perception. China is changing. The western world is scared of this in many ways. Perhaps the fear is better managed with emulation? Their population is measured in the billions and yet they have the ability to prioritize massive industrial changes. Sure, their government is structured differently. We see that as a negative. But we need to ask ourselves, whose ship is actually the slowest turning ship? 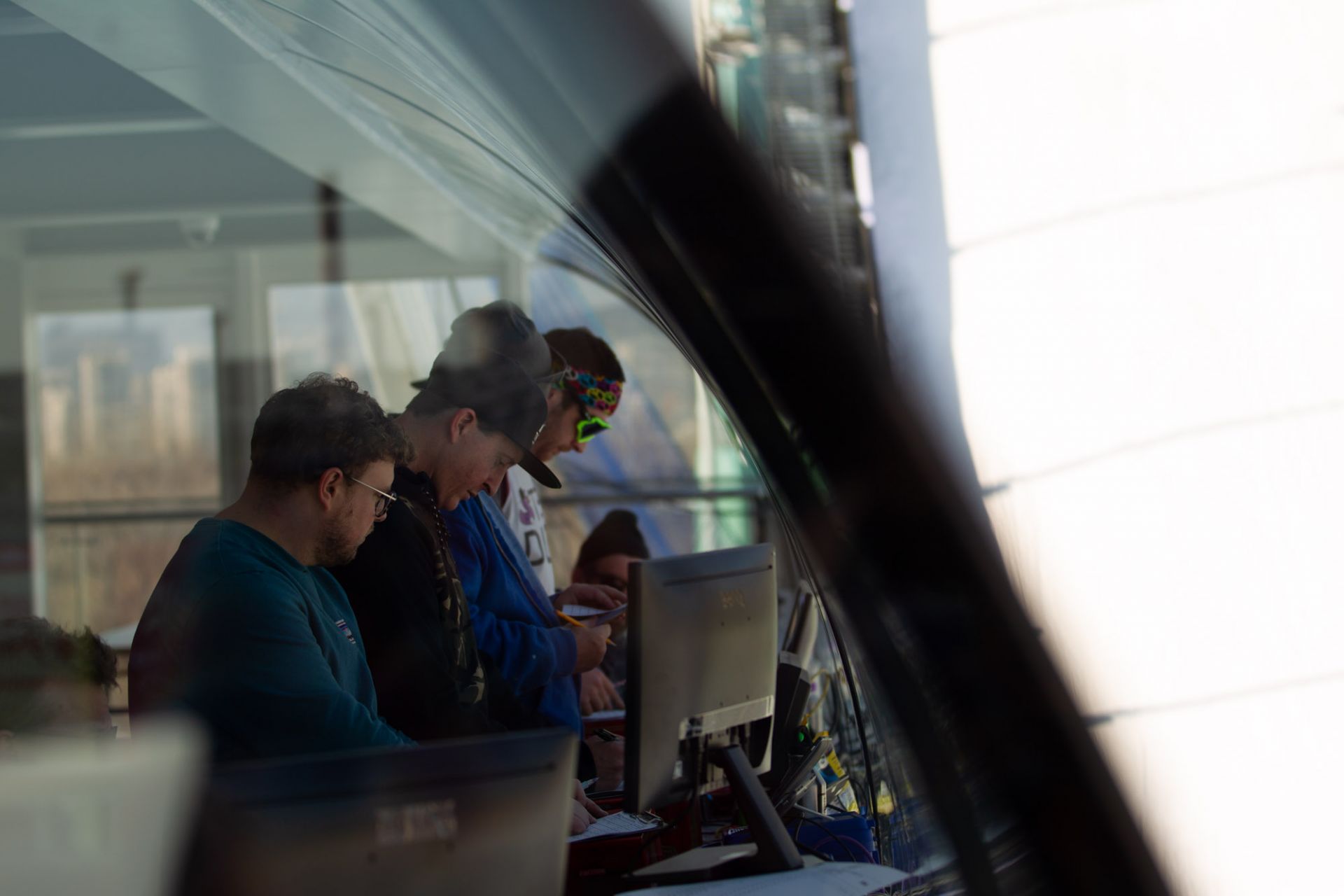 Back to Max Parrot winning the Air + Style

The Big Air set up in Shougang Park, Beijing is monumental. Mind Blown. It has changed competition Big Air forever. There is no going back from that. City events have a new benchmark and Big Air events have a new standard in terms of facilities and opportunity for progression. The Olympic facility is next level good! 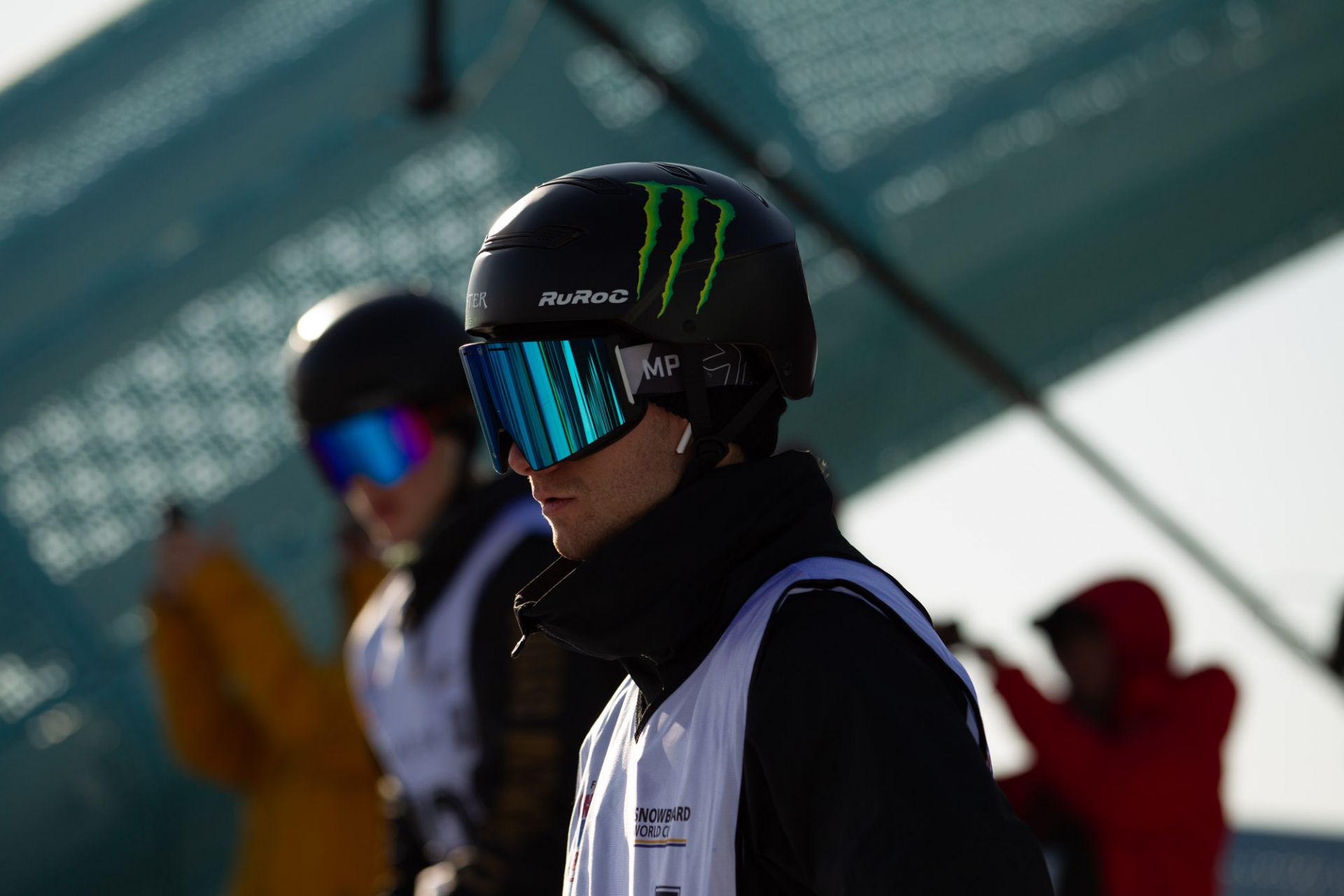 ‘Darcy Sharpe’s qualification triple 14 / 12 two scored trick combo could have won last year’s Air + Style Finals. Once the Finals started the level just went to a whole other level. 16s, 18s, new grab combos, quads… The women’s final’s standard was also far heavier than any Big Air in history.  Anna Gasser’s insane Olympic Gold Medal winning trick combo from Korea would not have made the podium at this event. This event and set up has forever changed the discipline of Big Air!’ Sandy MacDonald – Air + Style Head Judge. 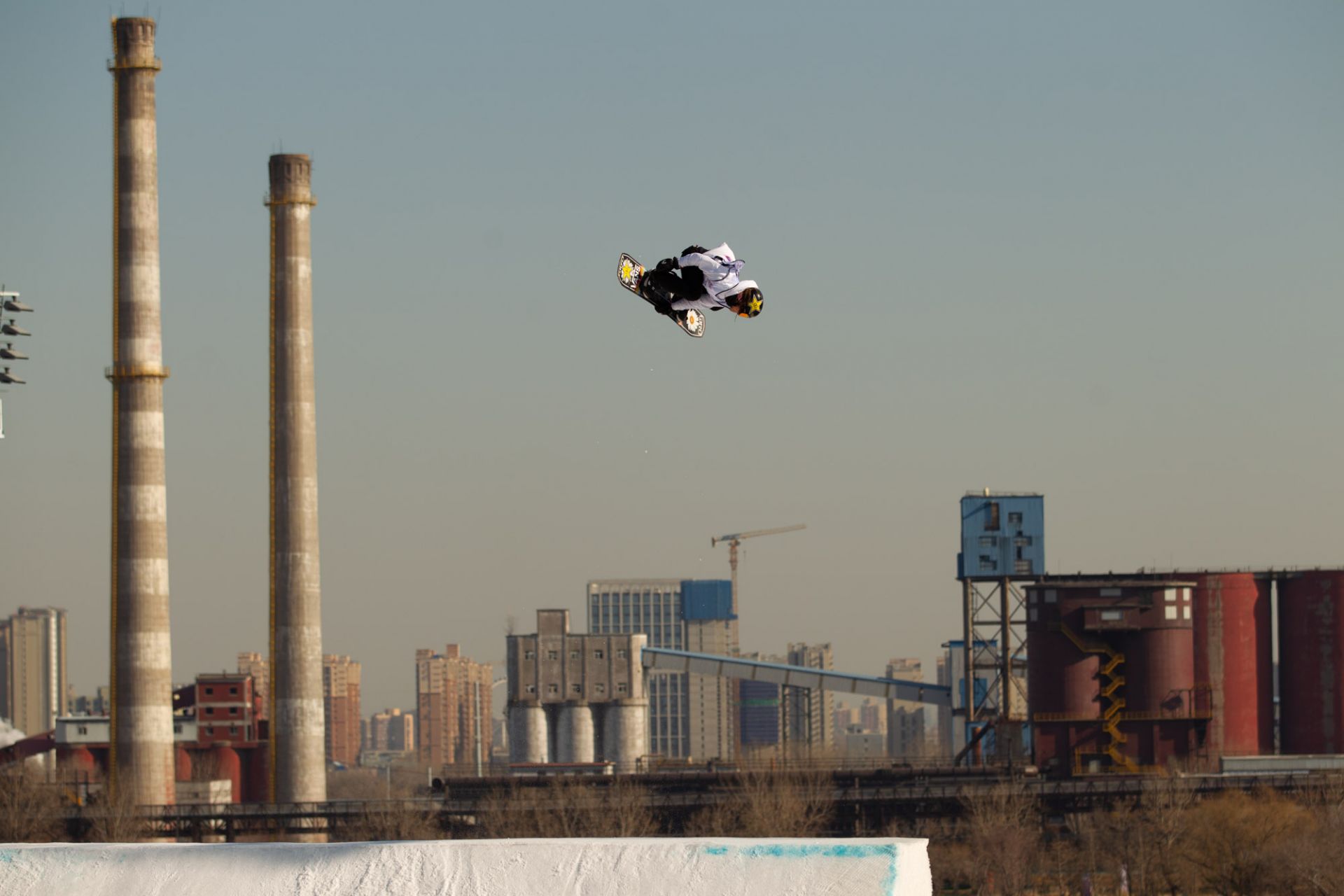 The qualification sessions were intense technically and it looked like the riders were really enjoying the set up. The warmer sunnier conditions in the earlier sessions meant a slightly slower in-run so a bit of a bombed-out section started to appear in the landing but once session 2 started the snow was hard and the air was seriously cold. Once the riders had worked out speed and direction to clear the more bombed sections the bar was raised time and time again. Chris Corning, Kalle Jarvilehto, Max Parrot, Sven Thorgren, Matty Cox, Ruki Tobita and Darcy Sharpe being the men’s stand outs. The women’s qualification had no clear standouts everyone who made the Finals killed it with a small variation in points allocation proving how stacked the field was and how challenging the judging must have been to determine places. It also proved yet again how important the set-up is for women’s progression. Every time the set-up is good the riding level raises. Confidence is everything! 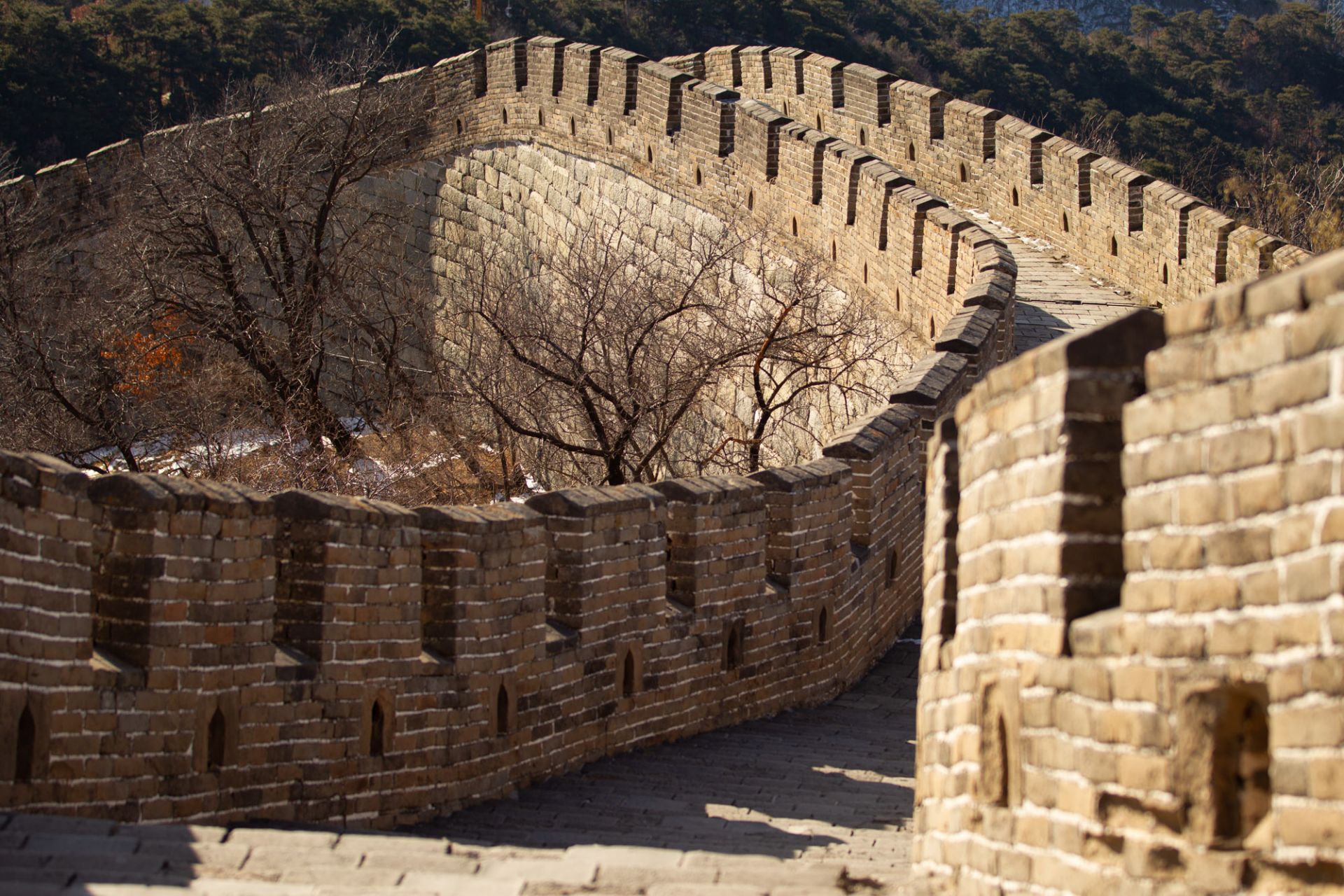 Come Finals the temps dropped, and the snow was fast and solid. A few of the riders had less than perfect training runs, which threw their judged runs off a bit compared with the earlier qualification session. This is where the big dogs and men’s event favourites Max Parrot and Sven Thorgren really started to raise the bar. Both landing tricks they had not done in competition (nor anyone else for that matter) with new grab variations. Both threw down two scoring 1620s. Max with a Cab Trip 16 Indy and a Front Trip 16 Mute and Sven with a Back 16 Stale and a Front Trip 14 Mute. It came down to the last run where Sven opted to try and out score his highest scoring trick of the day with the same trick done bigger. It definitely was bigger but the gamble of going the same high scoring trick twice didn’t pay off and the judges marked him down for the same trick twice leaving Max to clean up with a Front 360 Japan victory lap. Best trick went to Chris Corning with his Back Quad 18 Melon. Despite being an 18 he managed to keep it under control and relatively smooth. His reaction in the finish area telling just how stoked he was to pull that moment at such a major event.

The top three girls had two great runs each. Had Anna gasser lander her Cab Dub 12 Indy to go with her high scoring Back Dub 1080 Melon the event would have gone her way, but the night went to Miyabi Onitsuka who linked together a Back Dub 10 Mute and a Front 10 Mute. Canada’s Laurie Blouin swept into third on the podium, also taking home Best Trick. A smooth Front Dub 10 Mute. The level was so high, and it was really clear that the women’s bar is going to keep rising rapidly with the current crew of top girls pushing each other’s limits from event to event. 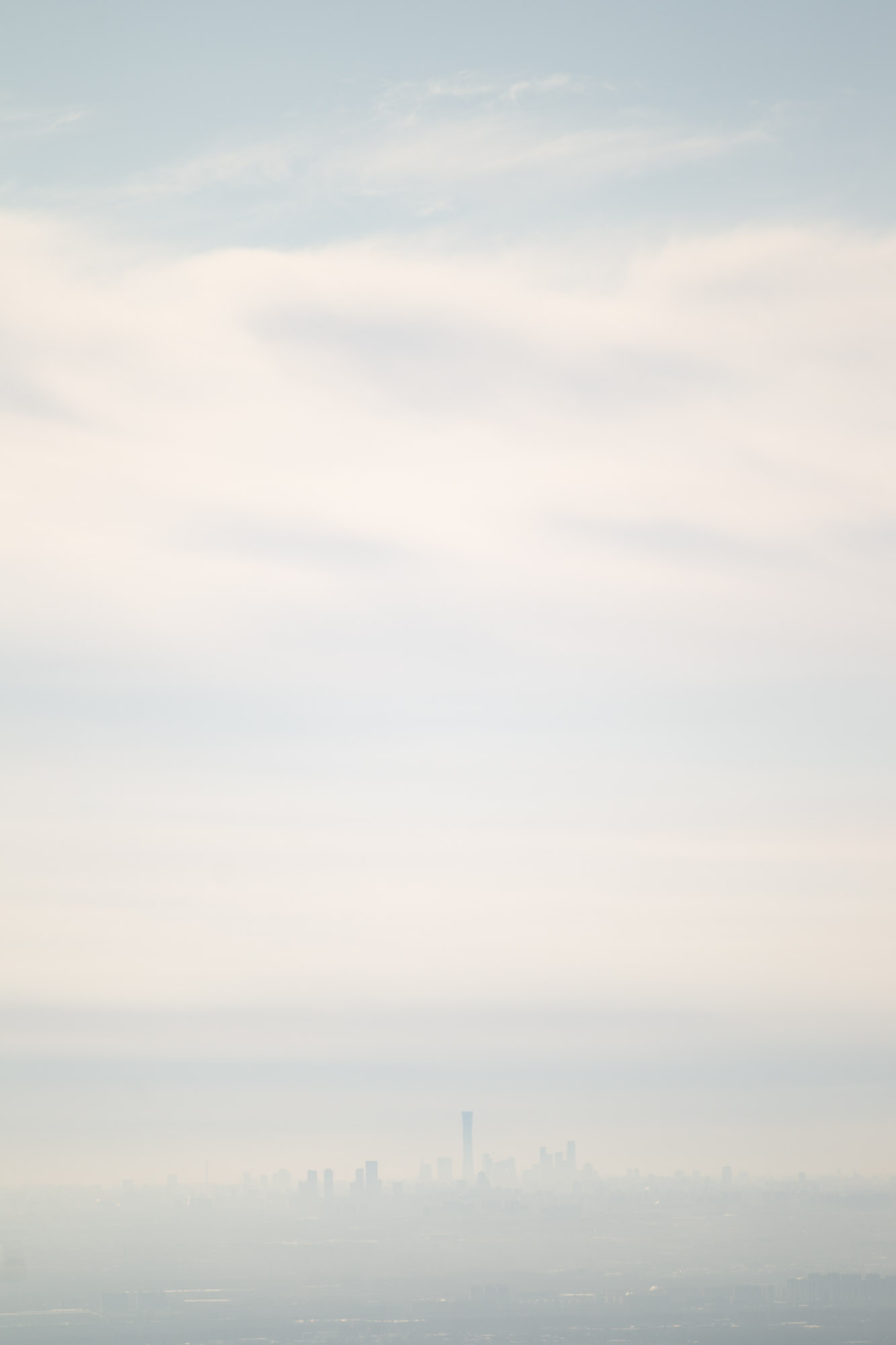