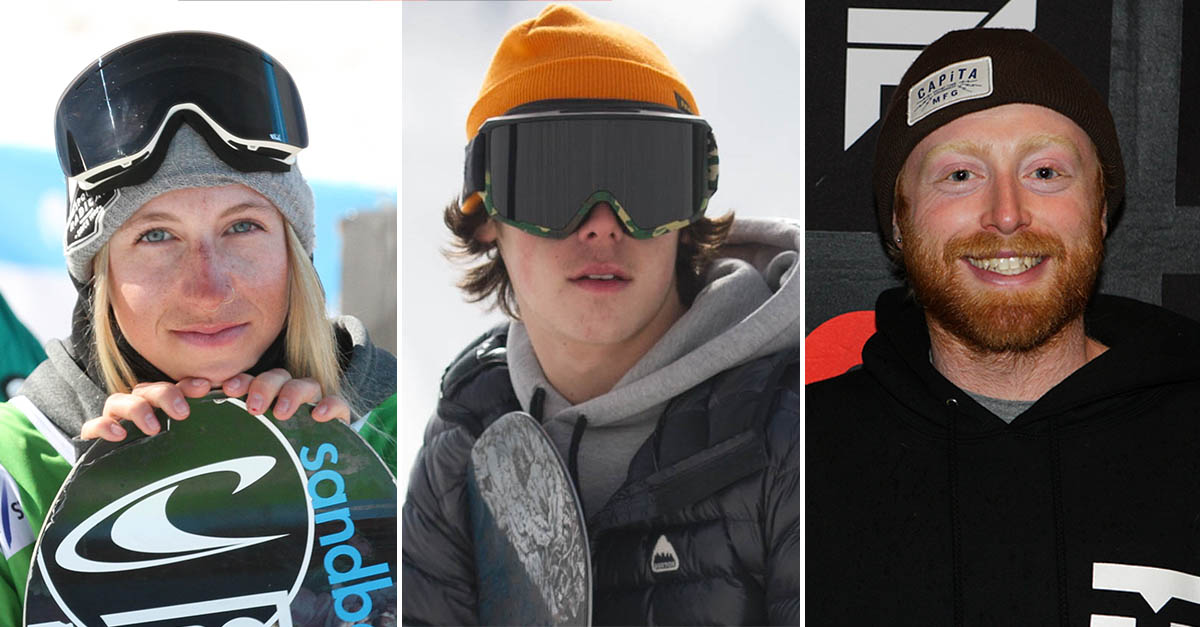 Laurie Blouin (Stoneham, QC), John Leslie (Arnprior, ON), and Carter Jarvis (Calgary, AB), have been named recipients of the 2016/17 Neil Daffern Award for Excellence. The Award, named in honour of the legacy of Neil Daffern, aims to recognize and provide financial assistance to Canadian riders who have the potential to be among the World’s best in their respective disciplines.

Neil Daffern was a pioneer in snowboarding who co-designed the first twin-tip snowboard under the BARFOOT name, paving the way for freestyle snowboarding progression.

Laurie Blouin, a member of the Canadian National Slopestyle Team had an incredible start to the season in Seiser Alm, Italy where she earned silver in Slopestyle at the FIS World Cup. This event was followed by the FIS World Championships held in Sierra Nevada, Spain where she took gold, winning the Slopestyle World Snowboard Championship title. Only weeks later she claimed another gold, this time at the Grandvalira Total Fight Slopestyle event in Andorra. Blouin is now ranked 6th on the World Snowboard Tour Slopestyle leaderboard, her best ranking to date.

When asked about the award, Blouin stated: “I'm really happy. It means a lot to me. It's going to [allow] me to compete more and do more training camps with the National Team. I really appreciate it!”

John Leslie recently completed a stellar season, fresh off the podium with a silver medal performance in Para-SBX at the Sports Experts Speed Nation Nationals presented by Mazda Canada and FA Design in Mont Tremblant, Quebec. This was Leslie's second silver medal performance in as many weeks after he claimed second at the NorAm Para-SBX race at Copper Mtn, Colorado the week before. Leslie is a long-time member of the Canadian National Para-Snowboard Team, an inaugural member of the first Canadian Paralympic Snowboard Team in 2014 and is in strong pursuit of a medal at the PyeongChang 2018 Winter Paralympic Games.

Leslie - “The purpose of my snowboarding career is to [inspire] and educate people living with disabilities you can reach a high level of sport. As a pioneer in the Para-snowboarding world and with the program still growing I am thrilled to receive this funding. It will help me with some of the costs and [allow] me more hours to train and work towards my snowboarding goals.”

Carter Jarvis, a member of the Slopestyle NextGen program continues to be at the forefront of Slopestyle competitions in Canada, winning this year’s Slopestyle and Big Air events at the 2017 Sport Chek Air Nation Nationals presented by Mazda Canada and Burton at Mount St. Louis Moonstone and Horseshoe Resorts, Ontario.

Jarvis - “I honestly couldn't be more humbled to be a recipient of this award!  I just [saw] the list of world-class snowboarders who have received the Neil Daffern award over the years and I'm so humbled to be [among them]. I will do my very best to one day represent our country in a way that will honor Neil's life and memory.”