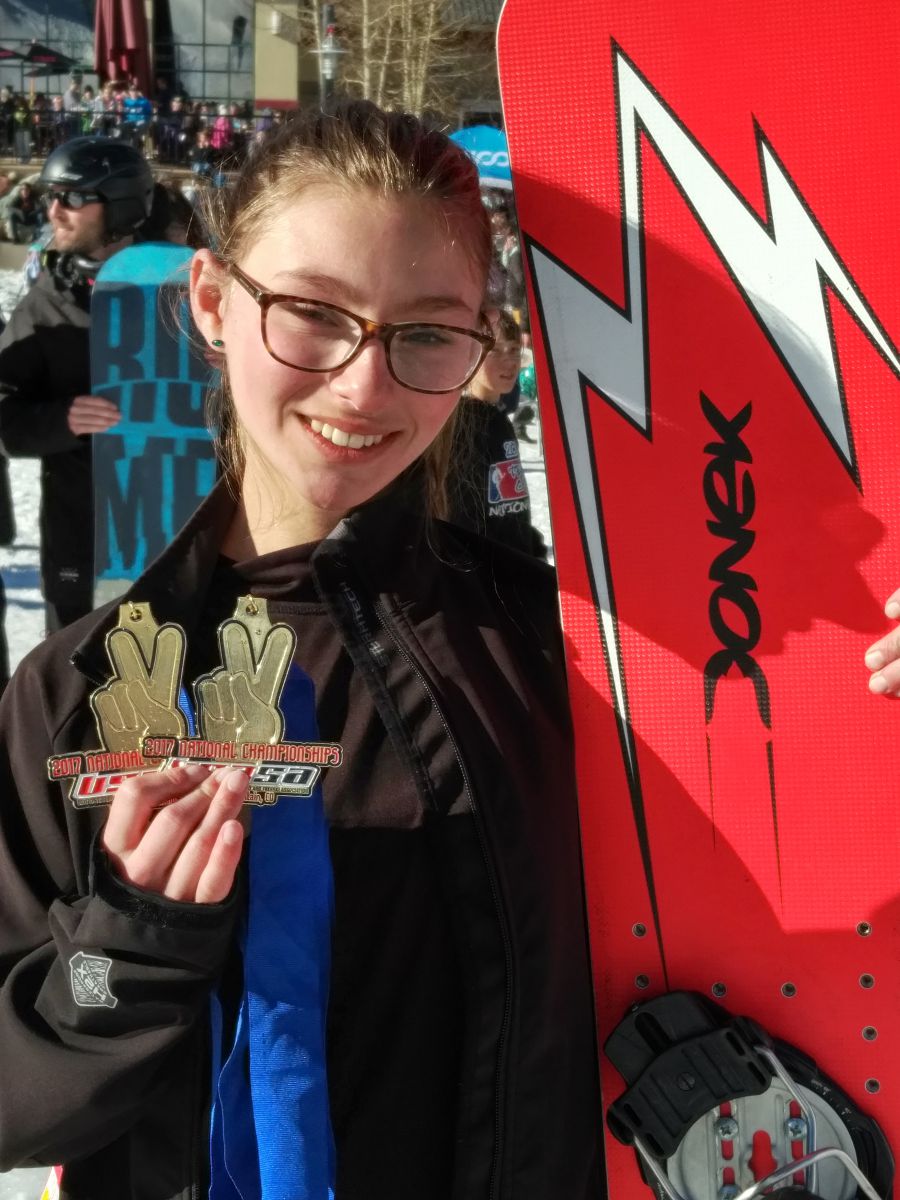 Lauren McKay was not quite sure what to expect as she took a quick warmup lap ahead of the USASA national championship at Copper Mountain, Colorado.

Her whole season up to this point had been building nicely with strong finishes on the Snowboard Ontario circuit, but the 14-year-old from Stoney Creek, ON, quickly realized that the talented group of competitors that she was about to face would require her best possible performance if she hoped to medal.

And that best possible performance is exactly what she delivered.

Displaying an emergent sense of focus, control and skill beyond her years, McKay grabbed the second fastest time in the first heat of the U16 women’s PSL at 25.84. It was exactly the mental confirmation that she needed, proving to herself that she could keep up and potentially even win the event. From that moment on, there was no stopping her in Colorado.

The lone Canadian in the 25-person field shaved one third of a second off her previous effort in the second run (25.59), securing the gold medal by a margin of just over two-tenths of a second.

With her confidence growing, McKay turned her attention to the U16 women’s PGS event.

Her first lap of the PGS course stunned the competition, as she finished with a time of 30.17. The result was a half-second better than anyone else in the U16 division, and would have put her atop the leaderboard in the U18 division had she been entered there. Saving the best performance of the week for last, McKay ripped through the PGS course with a second run time of 29.78, recording the only sub-30-second performance among a total of fifty U16 and U18 female competitors. The combined time of 59.95 seconds was more than enough to earn McKay her second gold medal of the week.

“It was an amazing experience,” said McKay. “The top eight girls were incredibly good. I could see that their lines were really close to mine and they pushed me to go faster and harder.”

The strong field were not the only ones pushing McKay, and she was quick to point to a strong group of supporters who helped her throughout this season, including her parents, coaches and friends at the Alpine Ski Club.

“Coaches Jonas Brook, Danielle Courschene and Ryan Crawford have all been great and Abby Van Groningen (CS NextGen Team) has been so supportive. Abby and her sister Emma are so helpful for riders like me to have in our lives, to be able to look up to and be examples of what I can aim for in the future.”

Despite the breakthrough performance at Copper Mountain, McKay commented on her desire to excel in the immediate future before setting her eyes towards bigger targets.

“Next season is an important development season for me. I’ll be focused on getting consistent podium finishes at each event and being at my best. From there I hope to do well at the Canadian and USA Nationals and be competitive on the NorAm circuit.”

During the 2017 Speed Nation Nationals at Mont Tremblant, McKay finished just off the podium in fourth place in the U15 PGS.

The early signs of potential are certainly there, and her focus on delivering consistency shows a strong sense of poise. Alpine fans will want to keep close watch on McKay years ahead to see if those early arrows continue to point towards the podium.