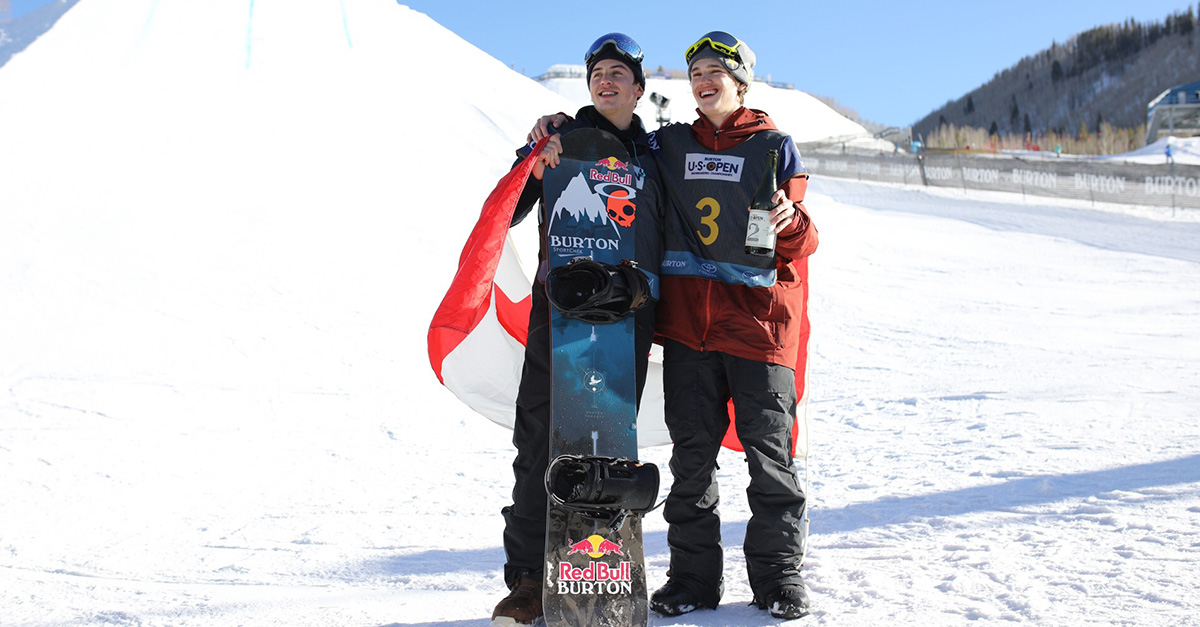 The Burton US Open was the stage for yet another dominating performance from the Canadian Slopestyle team. Landing a couple of solid and clean runs, Spencer O’Brien (Courtenay, BC) claimed 3rd place and the bronze in the Women’s Slopestyle final. Mark McMorris (Regina, SK) continued his incredible season to take home the gold while Mikey Ciccarelli (Ancaster, ON) took home 2nd at one of snowboarding’s oldest and most historic competitions.

McMorris’ first run, which included a massive switch backside triple cork 1620 melon, earned him an 86.95, the highest score of the day. Ciccarelli made his move on his third and very last run, stomping a cab triple cork 1620 melon on the final jump to score an 82.60 and take the second spot. On the women’s side, O'Brien’s rail and jump game was incredibly solid, the judges rewarding her style and creativity with a third place.

His first time competing in the Burton US Open since his femur break last year, this was a special win for McMorris.

"The feeling’s indescribable. A year ago today I was laying on the couch with a fresh titanium rod put in my femur." said McMorris. "To come back, and land a run I’ve never done and also take the win for my third time in Vail is the best feeling in the world. Maybe the most emotional win yet."

Ciccarelli put it down when it mattered most, and was rewarded with his first ever Burton US Open podium.

"It’s crazy, I can’t believe it. To put that [cab triple cork 1620 melon] down in my run, it all came together." remarked Ciccarelli, who couldn’t contain his excitement. "I didn’t even really feel too much pressure, I just wanted to put a run down and… i’m just so stoked."

The Slopestyle team will now head to Europe for the FIS Snowboard World Championships 2017 and X Games Oslo for a pair of Slopestyle and Big Air competitions.

A full event replay of the mens and womens finals is available on RedBullTv.