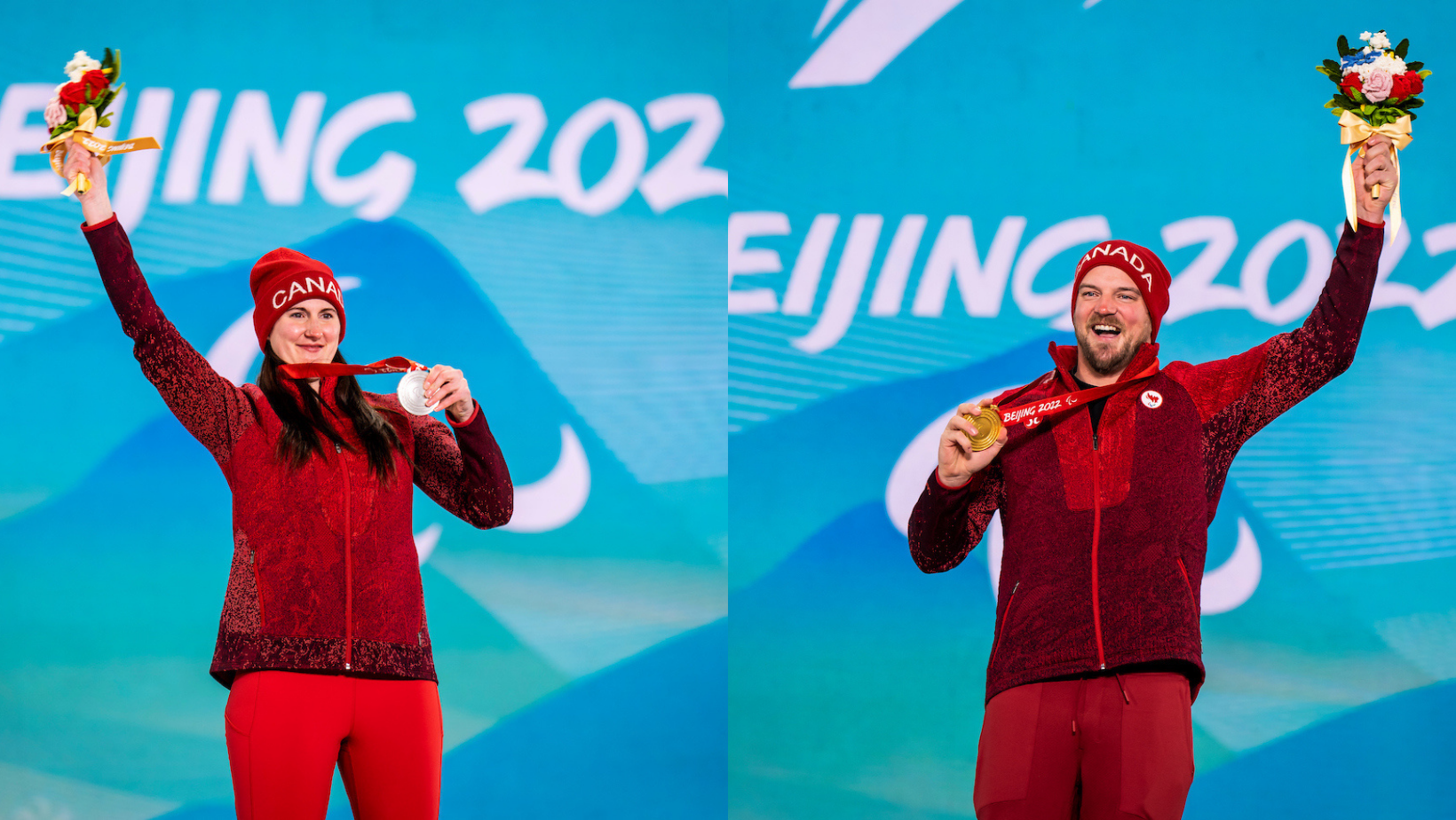 Turner, of Campbell River, B.C.,dominated the men's Para snowboard cross SB-LL1 event. On Saturday, the 33-year-old posted the fastest time in both qualifying runs. Turner finished first in the quarter-final and semifinal races. In the big final, American Mike Schultz was 1.53 seconds slower than the Canadian for silver. China's Wu Zhongwei completed the podium.

"This is incredible. I don't even know if it's sunk in yet," Turner said after the race. "This is crazy. Four years ago I didn't even think I'd snowboard, and now standing on top of the podium, it's unbelievable."

"We say in Canada: 'pucks deep' — I got pucks deep, stuck to the game plan and here we are.

On the women’s side, Lisa DeJong from Biggar Sask., made history and brought Canada its first Para snowboard medal with silver in the snowboard cross SB-LL2 final.

Dejong, was already 2nd place after the start section when Brenna Huckaby (USA) and Lisa Bunschoten (NED) went down behind her, but Dejong remained in her zone and made her fastest and cleanest run. France’s Cecile Hernandez kept her lead to claim gold while Huckaby was able to get back up and finished 3rd.

"I feel absolutely amazing. It was unexpected! Just to make it in the big final, I felt like I already did what I came here to do. To come in second is amazing."

Our Para-snowboard team will get back in action on Thursday for the Banked Slalom event.