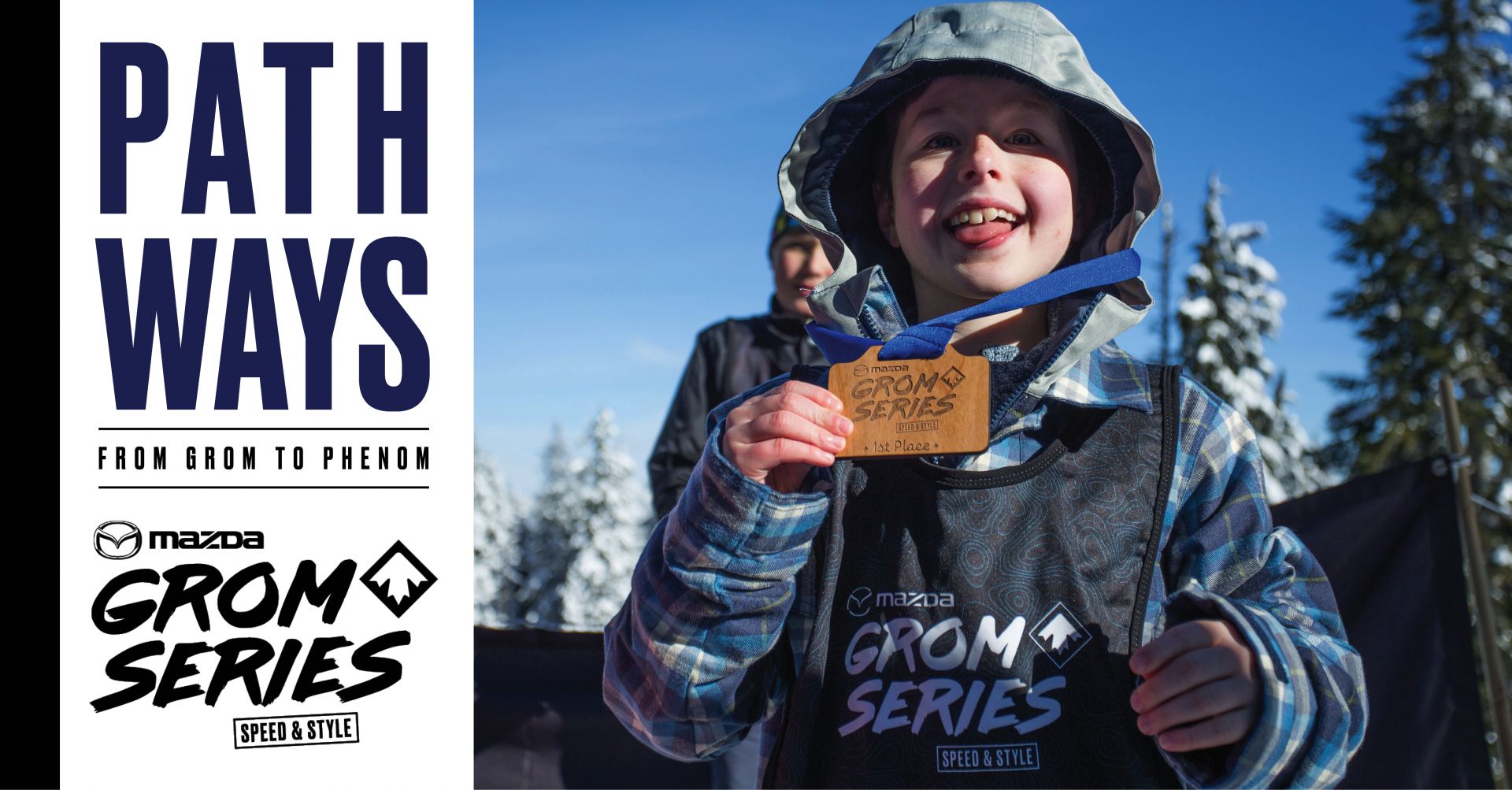 Yep. They’re delicious. They’re also about as Canadian as it gets. Or at least a mini version of as Canadian as it gets. Well maybe other than snow, more snow, or I guess hockey. If you played hockey, they’re also synonymous with fond memories (or maybe just fond memories for your parents) of your ‘timbits’ jersey hanging down to your ankles, intently chasing the puck like a pack of clumsy minions that could barely skate. It was the best. It was pure, simple joy. And for some, including some guy named Sydney Crosby, it was the first step down a path where as he progressed the stakes got higher, the competition changed, the jersey fit, but still at it’s core, a road to a career that was founded on a chance to do what you love. Or maybe eat what you love. We’re not sure.

Snowboarding is also a little like Timbits. As a snack, not for everyone, but we Canadians seem to dig ‘em, in one form or another. So together with our friends at Mazda Canada, we’ve created our own version of Timbits hockey for competitive snowboarding. And just like hockey, the Mazda Grom Series is a long departure from what it looks like at the professional level, but at it’s core, it’s giving kids the opportunity to try it out and have some fun. It might just become one element of their snowboard future in a delicious variety pack of stories, experiences, disciplines, and a way to do it professionally that only a sport like snowboarding can provide. 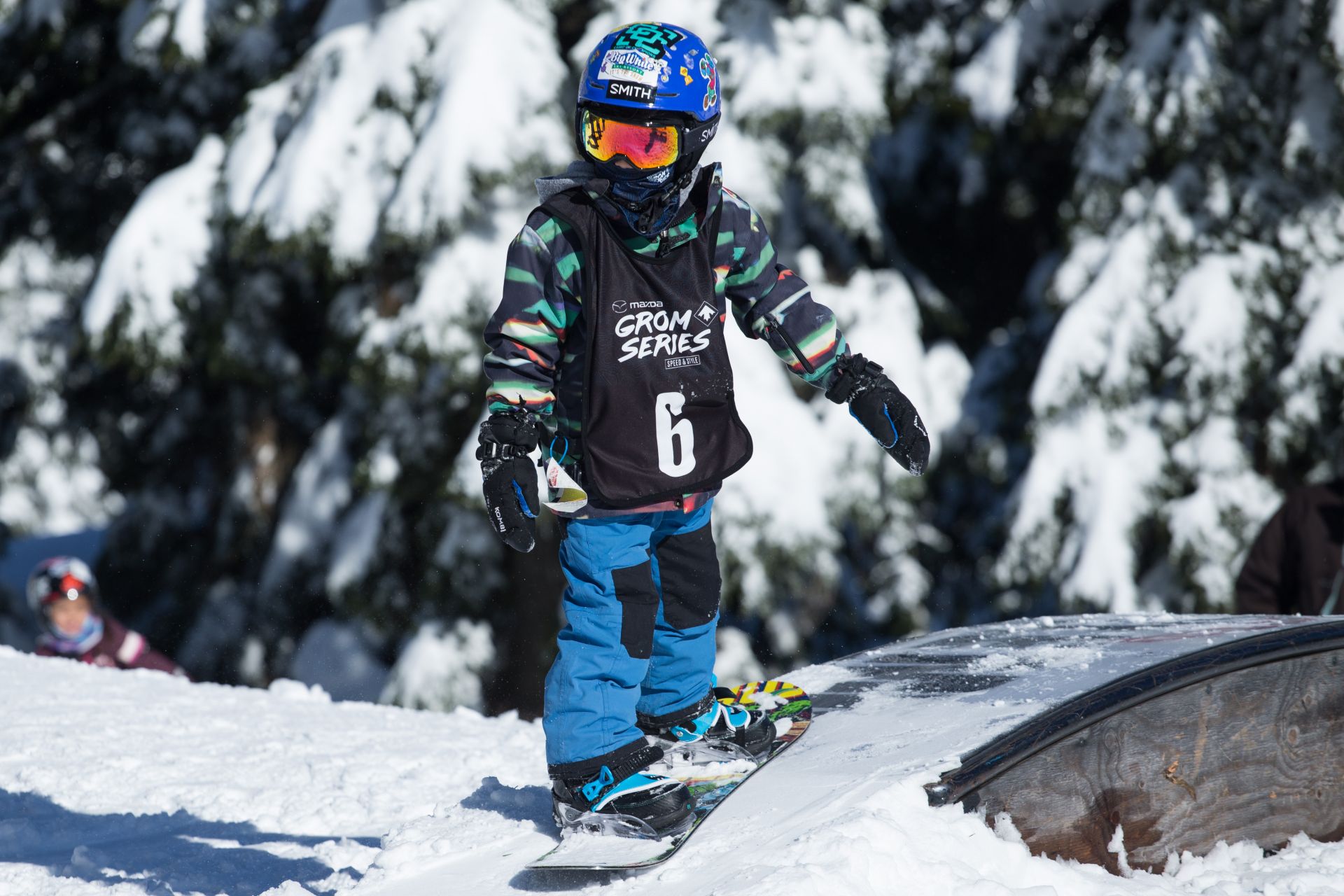 The Mazda Grom Series is to competitive snowboarding what a low-fat, no sugar donut is. A ‘do whatever you want’ chance to try something awesome. Founded by a supportive partner on the premise that from coast-to-coast, this is your shot to give competition a go. In a way that competitive snowboarding should be. And in some instances still is. No pressure. No stress. No obligations. A chance to hang with your best mates. Hang with some heroes. Get a couple good photos to show off with, and hopefully leave with the stoke to try it again or move on to what the next level holds.

These are key touchstones of the grassroots program that is the Mazda Super Grom Series. Mazda has been supporting the Super Grom Series since its inception and is carving a path for young snowboarders to compete for the first time. This nation-wide series for the next-next-next-gen of up-and-comers, features different formats, builds, local integrations and pairings with other events. Sometimes even World Cups with crazy juxtapositions like mini-shredders hitting a mini-big-air (or does that just make it a ‘small air?’) right under the giant scaffolding jump where the World’s Best are competing above them going full send on.

For the freestyle disciplines of the Mazda Super Grom’s, the jam format is the antidote to competition stresses. For those that have done it, or at least for most, there’s nothing more anxiety inducing than knowing you have only two runs to perform and your day becomes an exercise in waiting anxiously to receive the “go ahead” with your number being called over the radio to drop in (and vary rarely with donuts in the rider lounge). Here it’s just shred until you’re not feeling it. Go when you’re ready. Nothing on the line but ‘did you film that on your phone mom!?’ 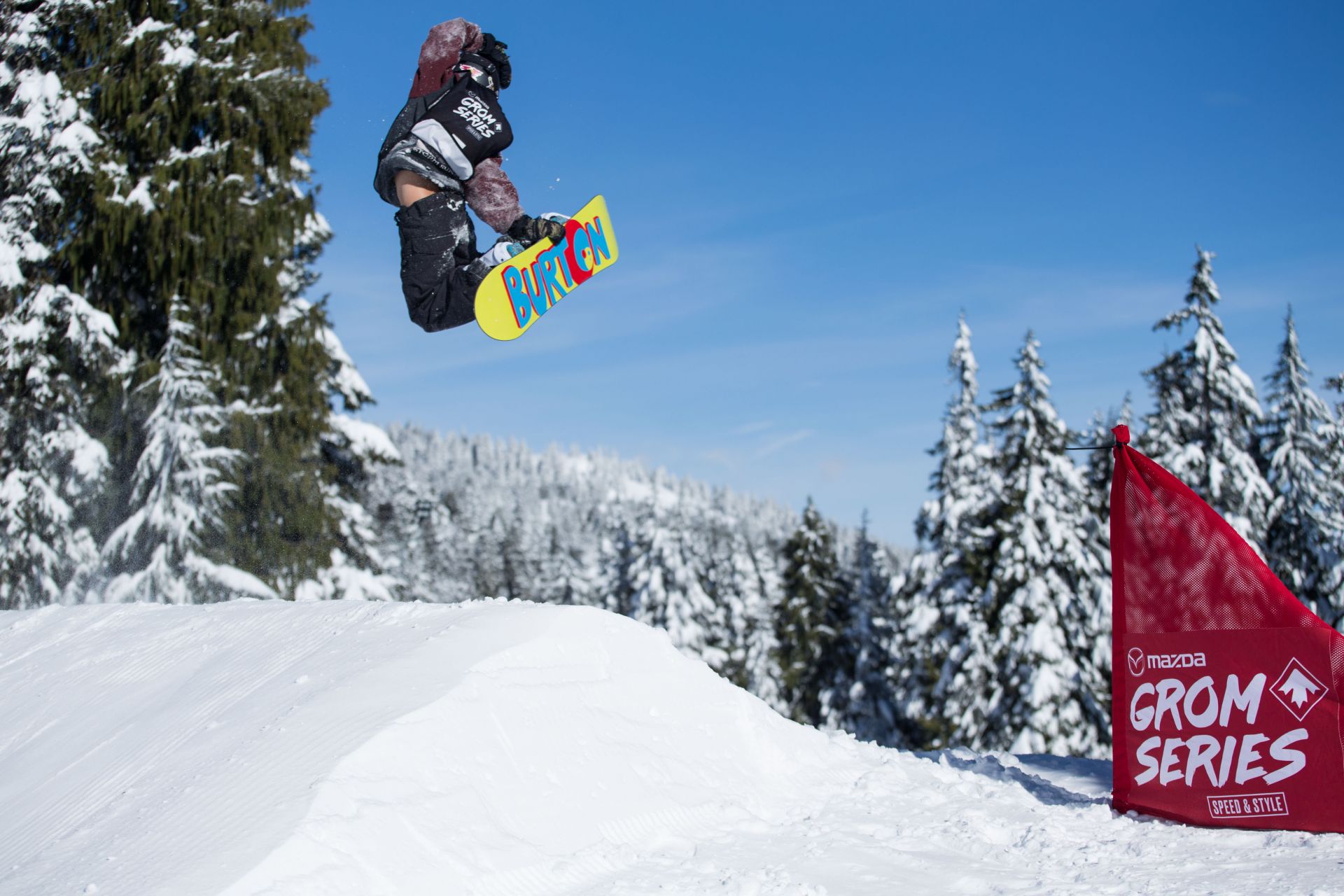 And like any good contest (or day of shredding for that matter), après is arguably the best part. This version though comes with a s’more kit and a bunch of crazy prizes. Maybe even a lightsaber battle and a high-five from Chewbacca depending on the theme of the day. True story. The one thing guaranteed? A stoke that is true to the sport and a start for every kid that decides to keep heading down that path. And who knows, one day they’ll look back and remember where the journey started (and of course we’ll borrow the Tim Horton’s x Sydney Crosby theme to put it in a commercial). 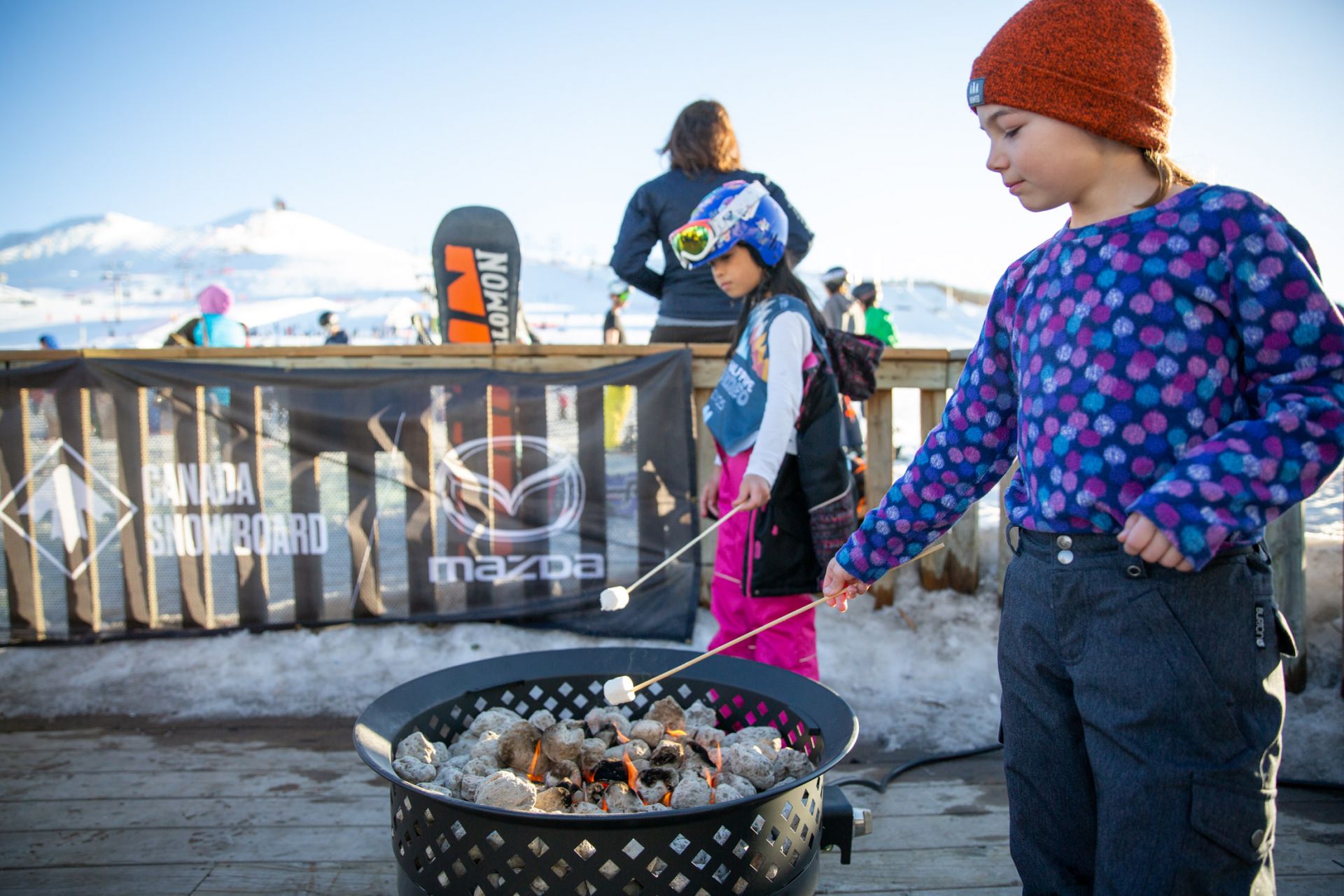 This is the Mazda Super Grom Series. We are very thankful to have Mazda’s full support in this series over the years as this program serves as an important pillar for growing snowboarding in Canada. To support – please send timbits to the office. Seriously, we’re starving.