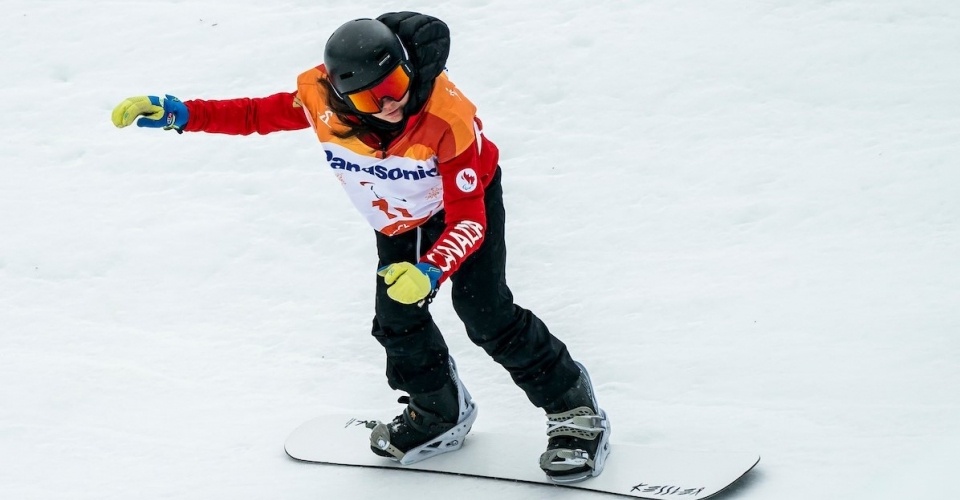 Lisa Bunschoten of the Netherlands won the gold clocking 56.22 seconds on the second of her two runs. Hamel, who posted two top-five results at the Paralympic Games last winter, followed at 59.56 earned on her first run. Fina Paredes of Spain was third.

‘’It’s a great moment of pride to get my first world championship medal,’’ said Hamel, who has three silver medals this season on the World Cup circuit. ‘’The banked slalom has been my best event all winter.

‘’I was very confident this morning and I gave my all in the first run.’’ 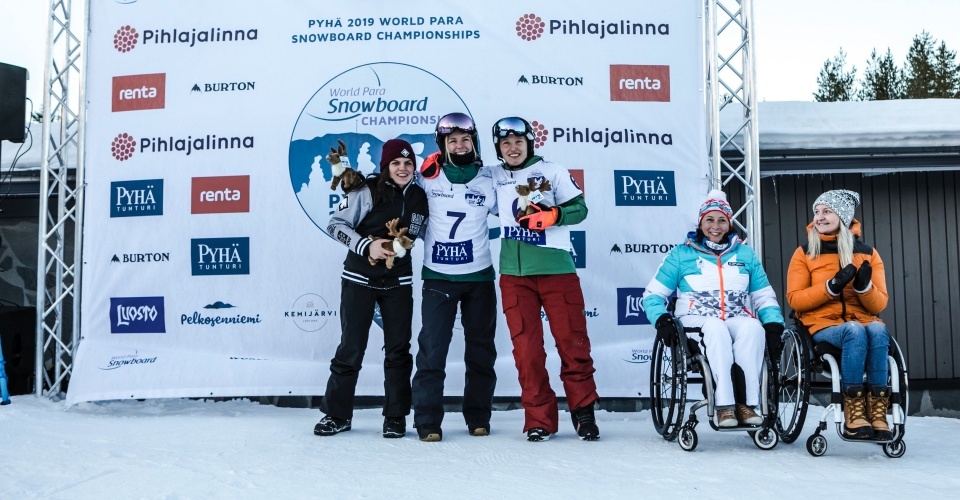 Sandrine with her Snowboardcross Silver Medal
Photos and words: games.paralympic.ca

Hamel, 21, was in the A final against three Dutch women and took second to Lisa Bunschoten.

Due to inclement weather in Pyha, Finland there were plenty of delays during the competition in order to assure the safety of the riders. But Hamel made sure she was ready to chase a second medal after a runner-up finish Wednesday in the banked slalom.

'’I was prudent because I absolutely wanted to reach the final,’’ said Hamel, a 2018 Paralympian, born with scoliosis. ‘’I was pleased I could manage my energy. I raced with no hesitation in the final.” 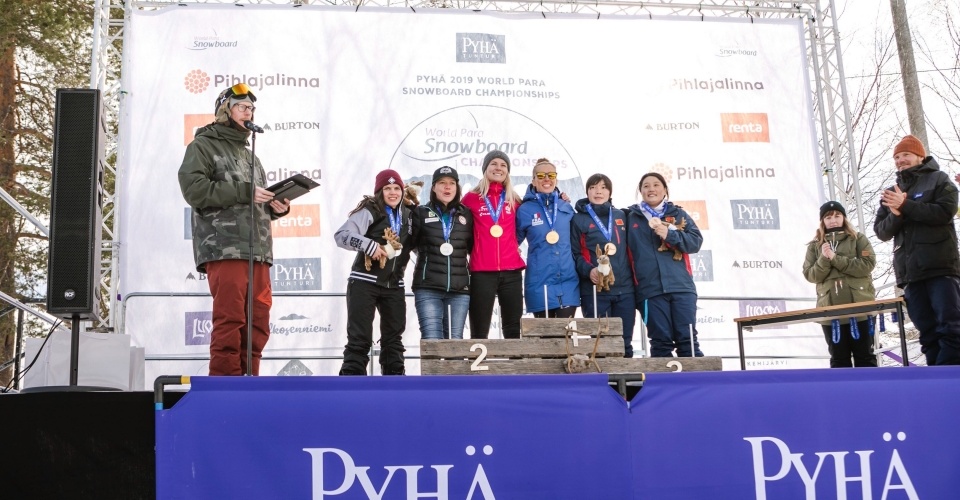 It was a perfect ending in Pyha, as athletes and spectators raved about the newly introduced team event, which closed the 2019 World Para Snowboard Championships on Sunday.

After the first four-way snowboard-cross competition in a World Championships on Saturday, the Finnish ski resort became the site of more history by holding the first team event in the sport.

Each team was made up of two athletes from different categories racing against each other on the snowboard-cross course.

Unofficial medals were awarded to the women and men’s teams, as the event looks to be added into future competitions.

The Netherlands’ Lisa Bunschoten and France’s Cecile Hernandez joined forces to make up Team Euro and celebrated the first women’s victory in the event.

Canada’s Sandrine Hamel and the USA’s Brittani Coury made up Team North America and took the silver. Team P.R. China, consisting of Lu Jiangli and Pang Qiaorong, were third.