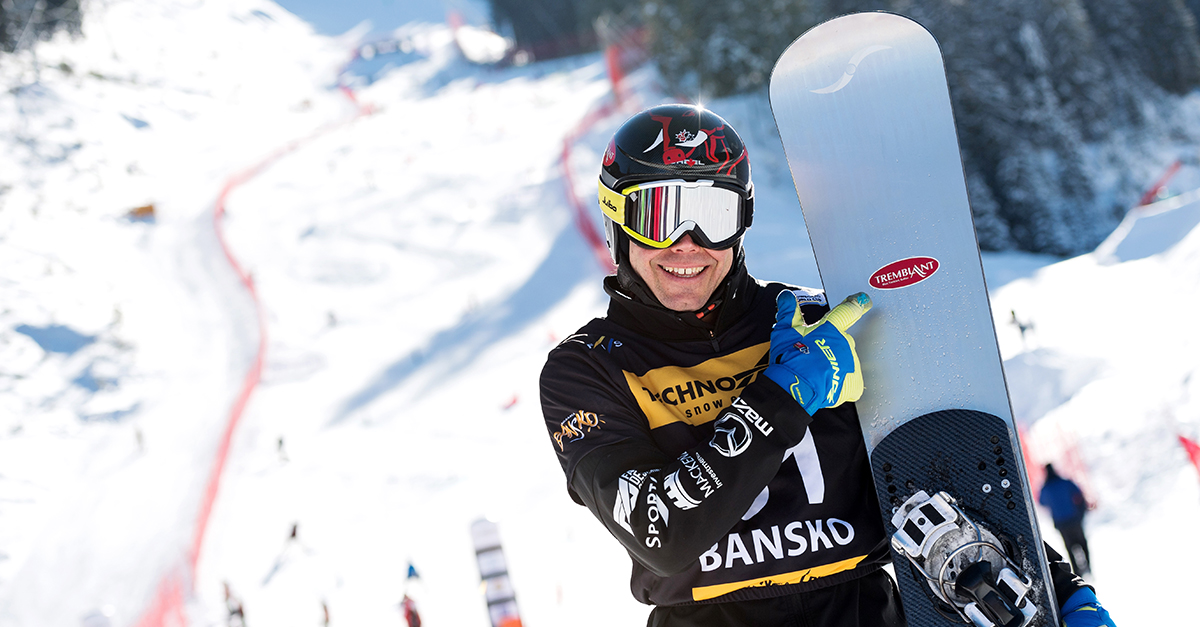 Jasey-Jay Anderson (Lac-Supérieur, QC) made history on Friday morning, capturing the gold medal at the Bansko PGS World Cup. The 42 year old Canadian snowboarding icon is now the oldest snowboarder to win a FIS Snowboard World Cup and his victory represents his 28th win in 257 starts.

Facing current World Cup points leader Nevin Galmarini from Switzerland, Anderson was fast out of the gate, clocking in a 0.58 second advantage over his swiss competitor at the intermediate mark and edging out Galmarini at the finish line by 0.42 seconds. Holding his arms up in victory and apparent disbelief, Anderson clearly timed his victory well, a day after being nominated to his 6th Canadian Olympic Team.

"I didn't know that I still have the legs for this but I guess I still do. Now, with the boards finally getting better, I'm looking forward to the Olympics and something big.”

Anderson’s countryman Sébastien Beaulieu (Sherbrooke, QC) also posted his best ever world cup result, a 7th, after being eliminated by Anderson in the quarterfinals.

Upon competing at his 6th Winter Olympic Games, Anderson will become the only snowboarder in the world to compete in all Winter Games since Snowboarding was added in 1998.