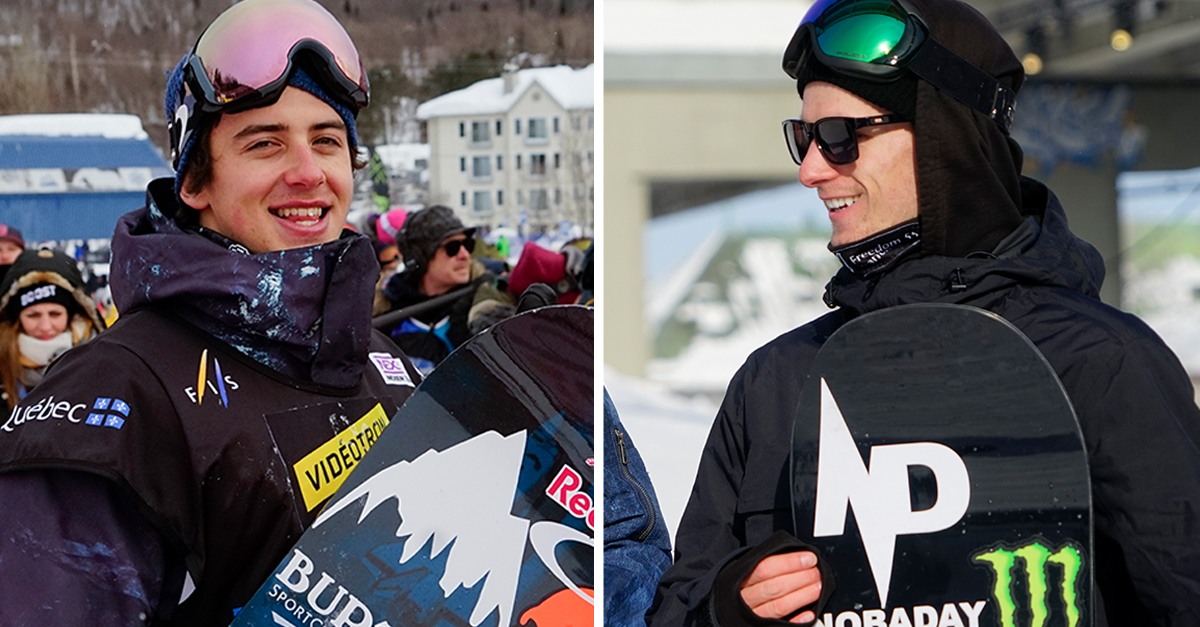 Canada Snowboard is pleased to announce the provisional nomination of Mark McMorris (Regina, SK) and Max Parrot (Bromont, QC) to the Canadian Olympic Snowboard team. After an incredibly successful season for both riders, McMorris and Parrot both satisfied Canada Snowboard’s Method A selection criteria through their results in Slopestyle and Big Air respectively.

Canada Snowboard’s Executive Director, Patrick Jarvis, believes that Mark will be prepared for the rehabilitation required to make a comeback to competition leading into PyeongChang 2018.

"We fully support Mark and he is already under the incredible care of the staff of the Vancouver General Hospital.” said Mr. Jarvis. "Mark has shown incredible resilience and commitment to recovering from injury and we know that PyeongChang 2018 will be a strong motivation for his comeback.”

Both riders had an absolutely incredible year with one or the other, and sometimes both, standing on the podium at almost every event on the Canada Snowboard Canadian Winter Olympic Selection Tour. This was a career year for both McMorris and Parrot, the latter exceeding his expectations and results from the 2015/2016 season.

“I am really happy about my results this year, 15 contests, 10 podiums! I thought at the beginning of the season it would be really hard to beat my 2015-16 season, but I did! It is by far my best season ever!” said Parrot, who was also quick to credit the rest of his team for his success.

“I've been surrounded by a really good team. I definitely need to thank them because without them I wouldn't have had all these results. I also want to thank  Canada Snowboard for having a great national team and such good camps. These camps help us push our limits and to get our tricks dialled at the right moment.”

Based off the “Method A selection”, McMorris and Parrot must also meet a minimum performance criterion at an eligible event during the 2017/18 competition season. The riders must place in the top 16 and top 2/3 of the field size (excluding DNS competitors) in at least 1 World Snowboard Points List 700 point Slopestyle event or higher. For the time being however, the early nomination will allow the riders the time necessary to properly prepare for one of winter’s marquee sporting events.

“To be receiving the early nomination for the Olympic Team 1 year before the actual event is great! It was my goal at the beginning of the season and I achieved it.” remarked Parrot, who lauded his fellow countrymen and women for their efforts this past season.  “Canada is currently known as one of the strongest teams in the world right now. Our National team was on fire this year! Everyone has worked really hard and I wish the best of luck to those vying for the 2 remaining [male slopestyle] spots available to represent our country!”

With the January 2018 deadline of Canada Snowboard’s Method B selection criteria looming, several of Canada’s top male and female freestyle riders are all in the mix to join Parrot and McMorris and be nominated to the Canadian Olympic Snowboard Team. The full team, including all speed disciplines (PGS, SBX), will be formally nominated by the end of January 2018.

Prior to being named to the final Canadian PyeongChang 2018 Team, all nominations are subject to approval by the Canadian Olympic Committee’s Team Selection Committee following its receipt of nominations by all National Sport Federations.

All nominations are also subject to the final allocation of Olympic quota places by each sport’s international federation.