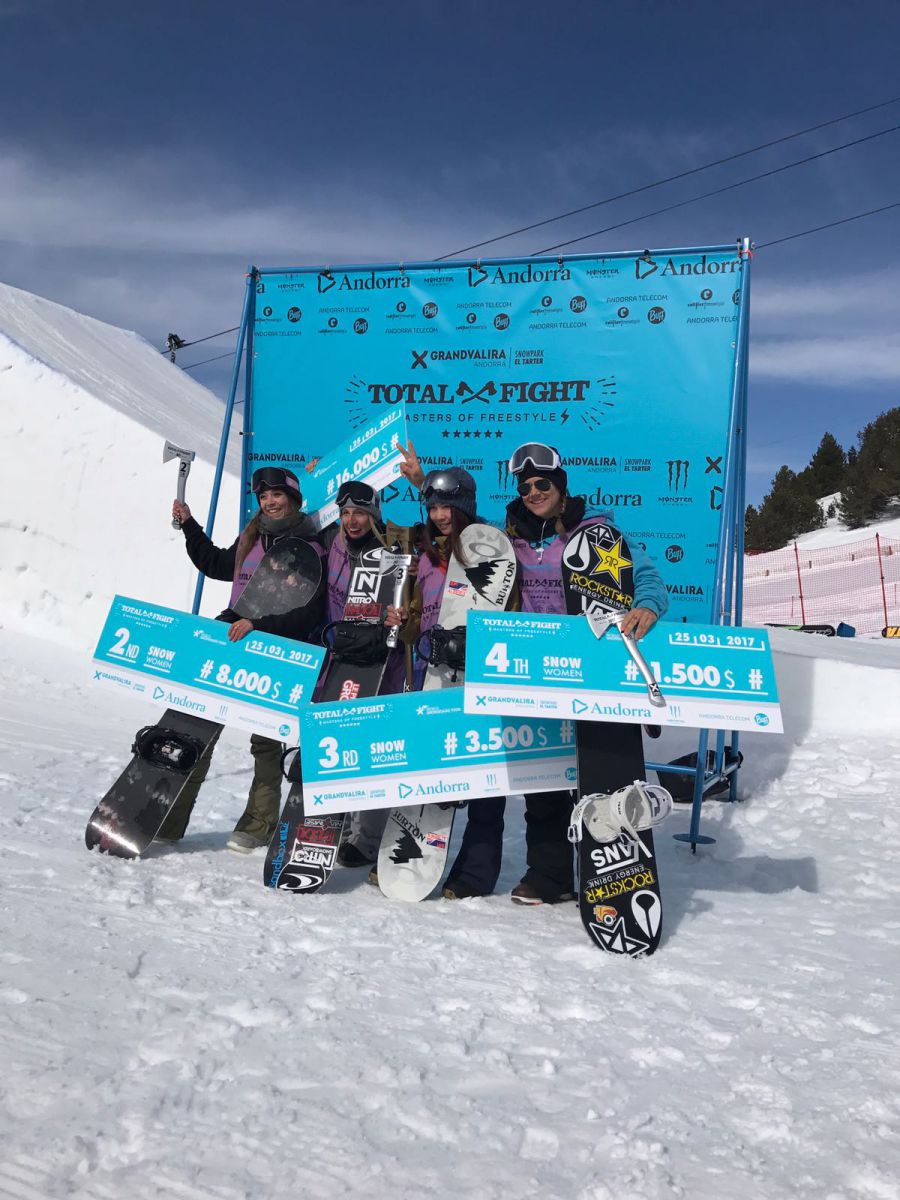 Two podiums for Canadian slopestyle riders in the Grandvalira Total Fight Slopestyle event in Andorra. Windy conditions didn’t stop Canadian riders Laurie Blouin (Stoneham, QC) and Brook Voigt (Fort McMurray, AB) from edging out the competition, finishing 1st and 2nd respectively. Blouin put down an impressive run [BM1] performing a bs lipslide on the down bar - 50/50 tailgrab on the wall jam – bs 50/50 on the down rail – beginning the jump line with a bs 180 melon - cab double cork 900 and finishing with a fs 720 to take[BM2]  the Gold. Voigt earning Silver with 50-50 to front lipslide on the dropdown rail – 50-50 on the pole jam to manual on the butter box – 50-50 front 180 out on the final rail with a switch bs 180 on the first jump into an impressive combo; fs 720 melon followed by a bs 720 to edge out competitor Yuka Fujimori of Japan.

Blouin pleased with her result stated “It has been incredible, the day has been perfect and I have done my best to square my tricks. The circuit was fun allowing different options. I’m very happy .“

This event represented the 3rd podium for Blouin, including the World Championship title, and 2 podium for Voigt, with both athletes setting new season personal benchmarks for results this season. 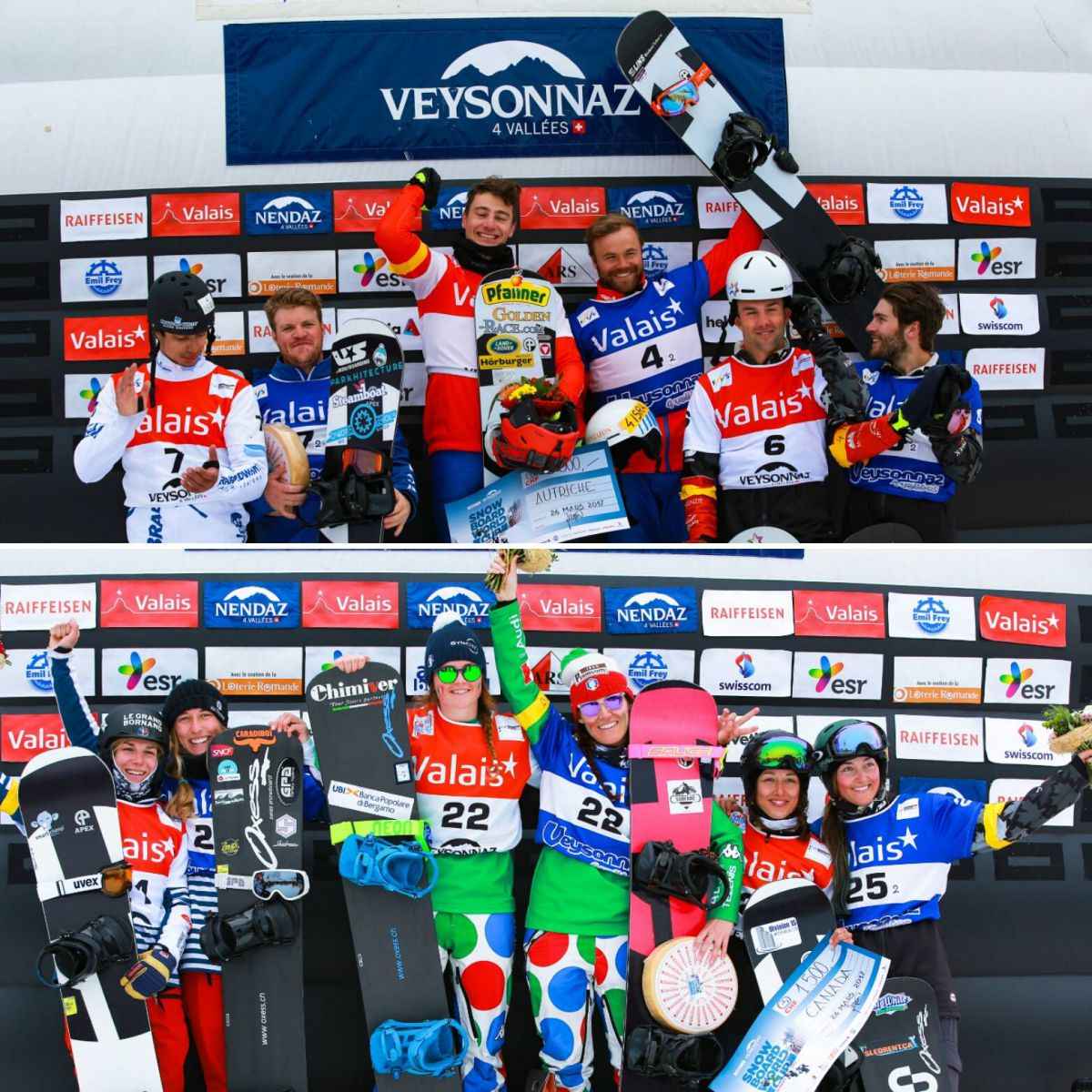 Meanwhile over in Veysonnaz, Switzerland snowboardcross athletes were participating in the Team SBX World Cup as foggy conditions set the stage for the final SBX World Cup event of the 2016/2017 season. On the women’s side Carle Brenneman (Comox, BC) and Tess Critchlow (Kelowna, BC) took home the bronze for Canada in the team event as Team Italy took the top spot with Team France taking Silver. On the men’s side Chris Robanske (Calgary, AB) and Kevin Hill (Vernon, BC) of Canada earned the Bronze in the team event behind Team Austria (Gold) and Team USA (Silver[BM1] ). This represents the second podium in this event for Hill and Robankse, in back to back events to finish their international competitive season.