Tales from the territories: Face Off Winsport COP VS. Snow Park NZ 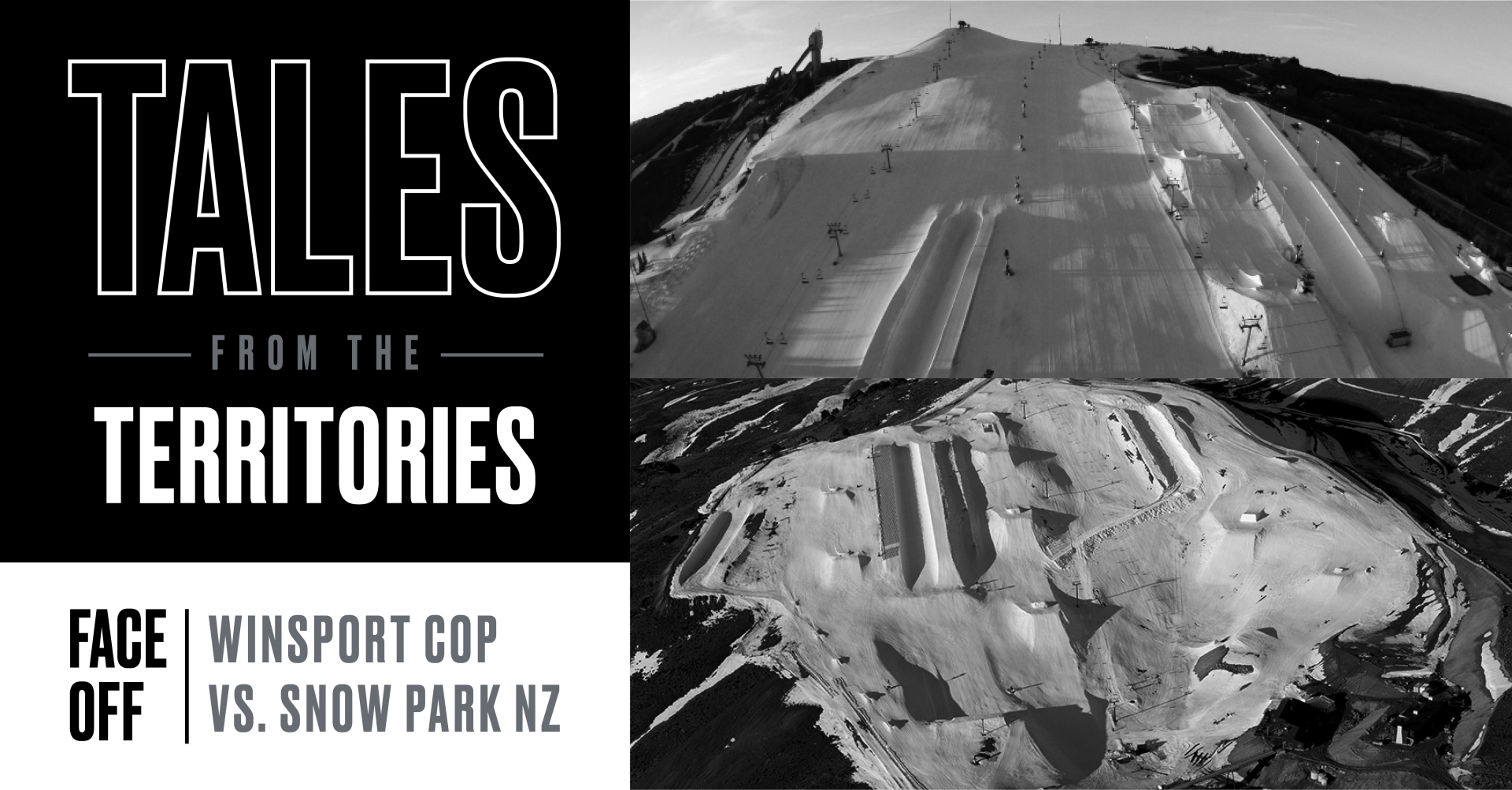 We size up, face to face, two of the biggest players in the tiny (sized) freestyle resort game.

First up is the retired former heavyweight of the tiny resort game.

A massive 110m of vertical

An expansive 7.4 acres of terrain 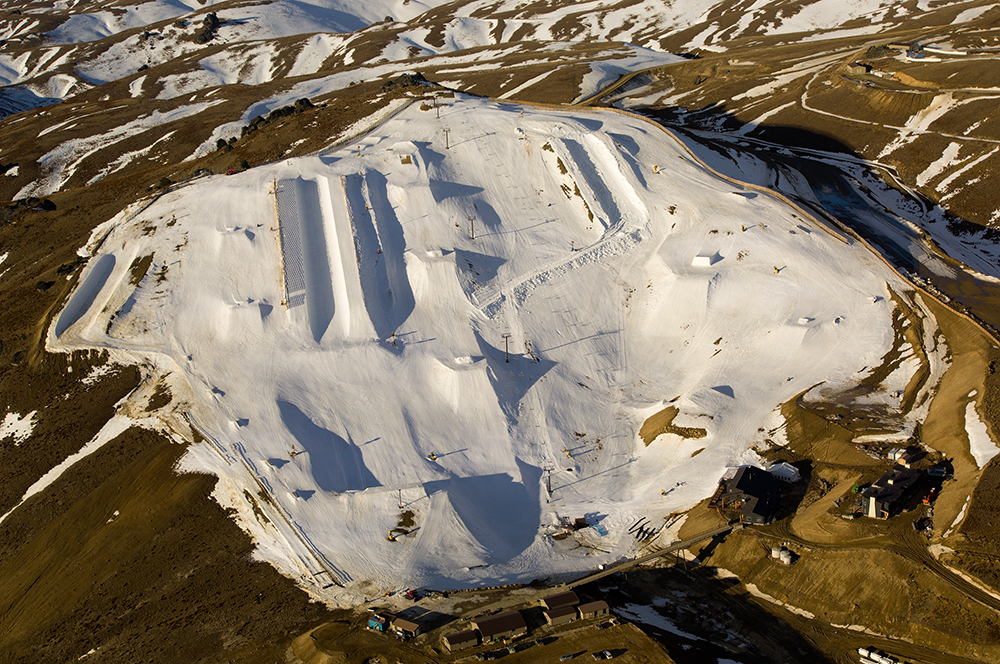 2002 Snow Park opens its lift to a whole new concept in resorts. An elite training facility for freestyle Park & Pipe athletes. Snow Park was a game changer. For those of you who joined the pilgrimage you would know that it really had all that you needed, if you were a trick kid. A quick and short chair ride, a fall-line row of 3 well-shaped jumps, quality flow of street rail set-ups and a 22ft pipe and a quarter pipe. Occasionally they would build unique builds but mainly they would keep it at meat and 3 veg - Kiwi style - simple.  A selection of the who’s who of the sport were there on any given day in the New Zealand winter, for a solid decade of progression, video parts, major events and mad moments. The absolute who’s who of snowboarding. Snow Park had a few key problems though – it was quite a long distance from towns, and the towns are small. Not many people outside of Pros went there. It really was a niche destination specific to World Tour riders from all around the world. The resort was also barely above the snowline and to make matters more difficult it was on the sunny side of the range. When the sun came out, which was not that often unfortunately through the winter, as this is New Zealand (aka Aotearoa to the Indigenous population of Maori which means ‘The Land of the Long White Cloud), it would warm up so rapidly it was like summer camp. Definitely not ideal… The sad and inevitable day came in 2012 when Snow Park closed. It was like losing a brother for most of the riders and brands of the time. Events and camps almost stopped in New Zealand for many years after this as the riders looked for alternative options.

Since then, there have only been a few places that have stood out as epic training locations for more than a few weeks at a time. Camps and Sessions rather than reliable seasonal freestyle resorts. Big resorts with the ability to really shine have unfortunately not really taken the ball and run with it. Even the largest resorts have not filled the void for the 22ft pipe.

Next up is COP. The last bastion of 22ft superpipes in Canada and working hard for the title of best training facility in the world. COP could well be the best tiny resort in the game and no longer the underdog.

A gigantic 214 acres of terrain 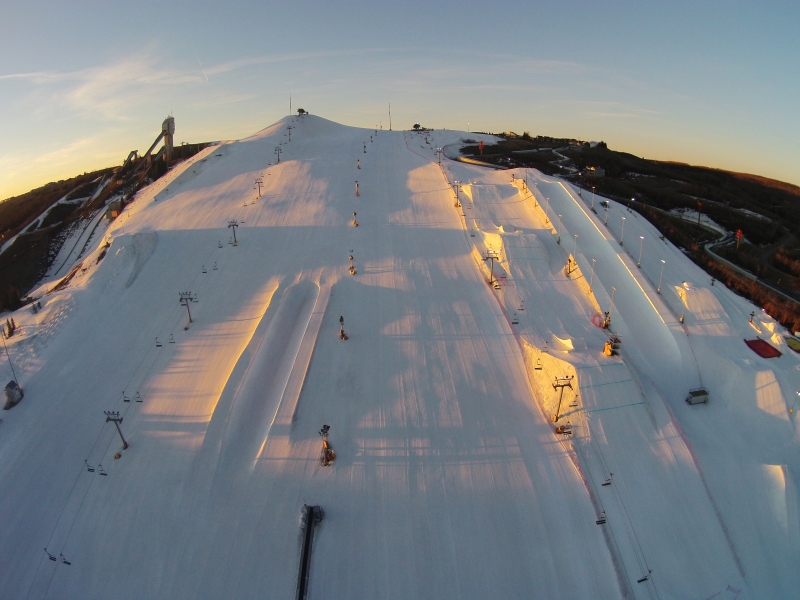 Now the one thing you can say confidently about COP is that it is cold. It has long dry cold winters, plenty of clear weather and long days as the park and pipe are all under lights. The conditions don’t vary too much, rarely get rain, rarely get a melt through the winter and they can blow snow as much as they want across the whole season. It has a perfect cut 22ft pipe each morning, solid development level rail and jump lines, a 12ft mini pipe and this year they will have for the first time a straight fall-line tech rail section into 3 x 30ft to 50ft black line kickers. Built and designed by some of the World’s most acclaimed terrain park builders, Charles Beckinsale (park), Frank Wells (pipe) and Arena Snowparks (rails). It has a whopping 10m more vertical than Snow Park to get you that little extra speed to get through the rail section. And the best and most important is a crazy fast chair lap time!

They have a massive indoor centre with the Winsport Performance Training Centre, a National Sports School, three super trampolines – two into pits. A World Class CSI gym facility for the Olympians, plastic dry slope rail park, a landing bag facility currently under construction and they are literally in the city of Calgary with busses to and from the resort day and night. Some of the best trained coaches in the country, crappy hot chocolate except at the 88 lounge, a new mini skate vert ramp and they are open Nov 15th and run `till the end of March, day and night.

So there we have it. In the head to head COP weighs in above Snow Park. Taller by 10m, vastly longer season, cold conditions, matching on snow facilities, day and night sessions and located right in a major city. For the riders who like pow, which is hopefully all of you out there, you have the Rockies just up the road where the pow is deep and the options are endless.

Hats off to the management at COP, who have put their money and time behind the resort’s remodeling to create the space for the jump-line to be fall-line and world class. Word on the street says the pipe will be getting longer and steeper and maybe the hot chocolate issue will be addressed before the masses all head north to shred. Canada Snowboard will see you this winter in COP for some night pipe laps.

Tales from the territories: Face Off Winsport COP VS. Snow Park NZ

beyond the podium: Nic LaFramboise