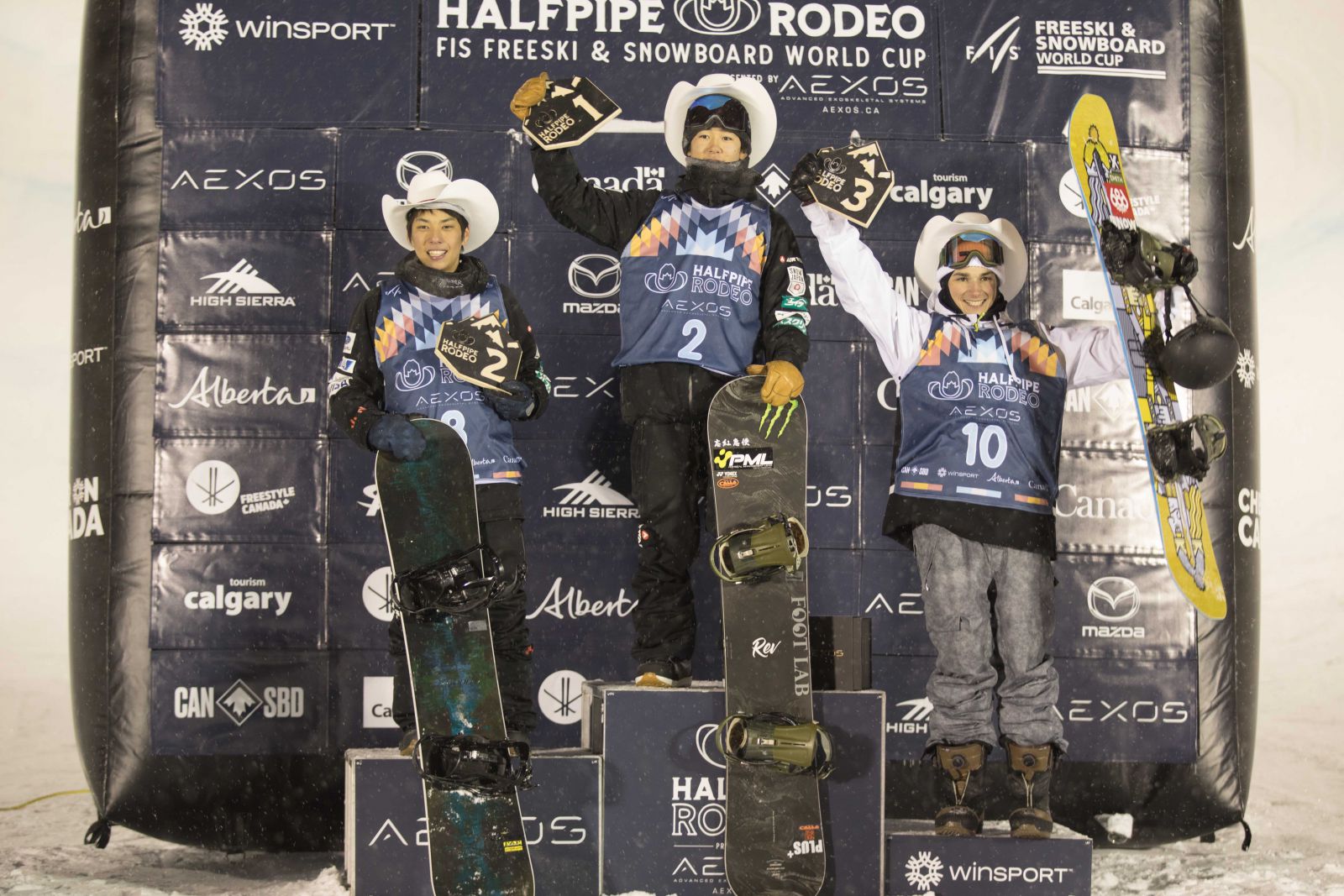 Putting down an incredibly stylish and technical run under the floodlights of Canada Olympic Park’s 22’ foot Superpipe, Livingston threw down a variety of tricks including: a Frontside 1260, Cab double 1080, and Frontside 1080 on his second run to walk away with his bronze medal.

"It’s surreal, for a long time it didn’t even feel like I podiumed," exclaimed Livingston. "Once I was able to see all my friends, my coach, my family, everybody coming in to wish me congratulations, that’s when all the emotions and the euphoric feeling came rushing in all at once. "

Canada Olympic Park remains an important training base for Canada’s national halfpipe team, which made the podium all the much sweeter for Livingston who has been training there for many years.

"It’s so awesome to win at home here in Canada because we train here, and it’s nice to bring the World Cup back to Calgary," added Livingston. "Words can’t explain how happy I am right now. This is my first World Cup podium, and honestly I’m so excited for the future because I’ve been putting in a lot of work and it’s all been paying off."

Livingston’s next contest will be the prestigious Burton US Open, where he finished in 7th place last year.