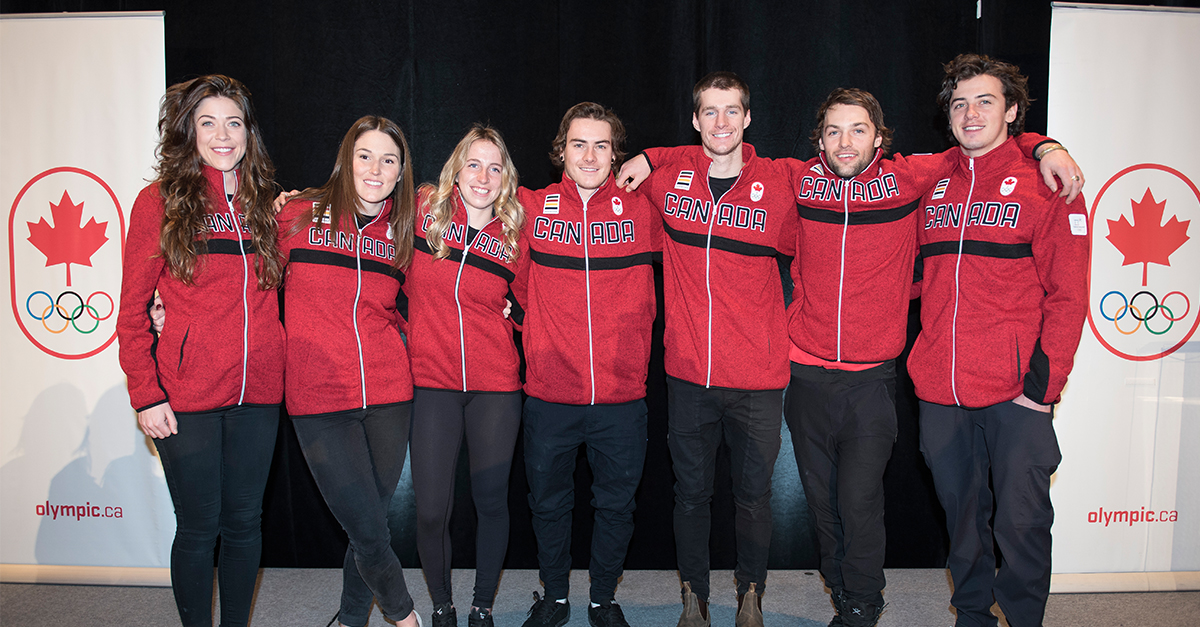 The athletes were selected based on their performance in FIS World Cup, World Championship, and World Snowboard Tour events between July 1, 2016 and January 1, 2018. Due to their strong performances during the 2016-17 season, Mark McMorris and Max Parrot were eligible for early nomination to Team Canada for the Olympic Winter Games.

The snowboarders nominated are:

The coaches nominated are:

On the men’s team, McMorris has won 14 medals at the Winter X Games since 2011, including one gold and two bronze last season. Parrot owns eight X Games medals of his own, highlighted by back-to-back big air gold medals in Aspen in 2016 and 2017. Toutant won his sixth career X Games medal last year when he claimed slopestyle bronze in Norway. Nicholson earned his first career X Games medal at the 2017 event in Aspen where he won slopestyle silver.

On the women’s side, O’Brien won slopestyle gold in Aspen in 2016 for her sixth career X Games medal. Blouin stunned everyone when she captured slopestyle gold at the 2017 FIS World Championships. Voigt has won FIS World Cup medals in both big air and slopestyle, earning her fifth career podium last February in Quebec City.

The athletes will continue to train, and some will compete events in Snowmass, Colorado, and Laax, Switzerland, in the next two weeks, their final events leading up to PyeongChang 2018.

Slopestyle and big air are two of the newest additions to the Olympic Winter Games program. Slopestyle was first contested at Sochi 2014, where McMorris won a bronze medal. PyeongChang is the first Olympic Games to include big air.  The Canadian contingent is one of the best in the world, with the four spots on the men’s side being highly contested for. Canada has seven athletes ranked in the top 20 in slopestyle and five of the top 20 in big air.

“The strength of our snowboard team reflects the incredible depth Canada has in this exciting sport. I’m looking forward to cheering these athletes on as they challenge for the podium in PyeongChang.”

“I’m looking forward to having similar feelings leaving as I did last time and I’m stoked that I rode to the best of my ability when it mattered. I think it’s really cool to go and represent Canada and I’m looking forward to it because the nation seems to care a lot about the Olympic Games.”

“Congratulations to this group of talented and inspiring snowboard athletes who will represent Canada at the PyeongChang 2018 Olympic Winter Games. Canadians will all be watching these athletes compete; they have strong medal potential. Best of luck to all of you!”

- The Honourable Kent Hehr, Minister of Sport and Persons with Disabilities

Prior to being named to Team Canada, all nominations are subject to approval by the COC’s Team Selection Committee following its receipt of nominations by all National Sport Federations in late January 2018.