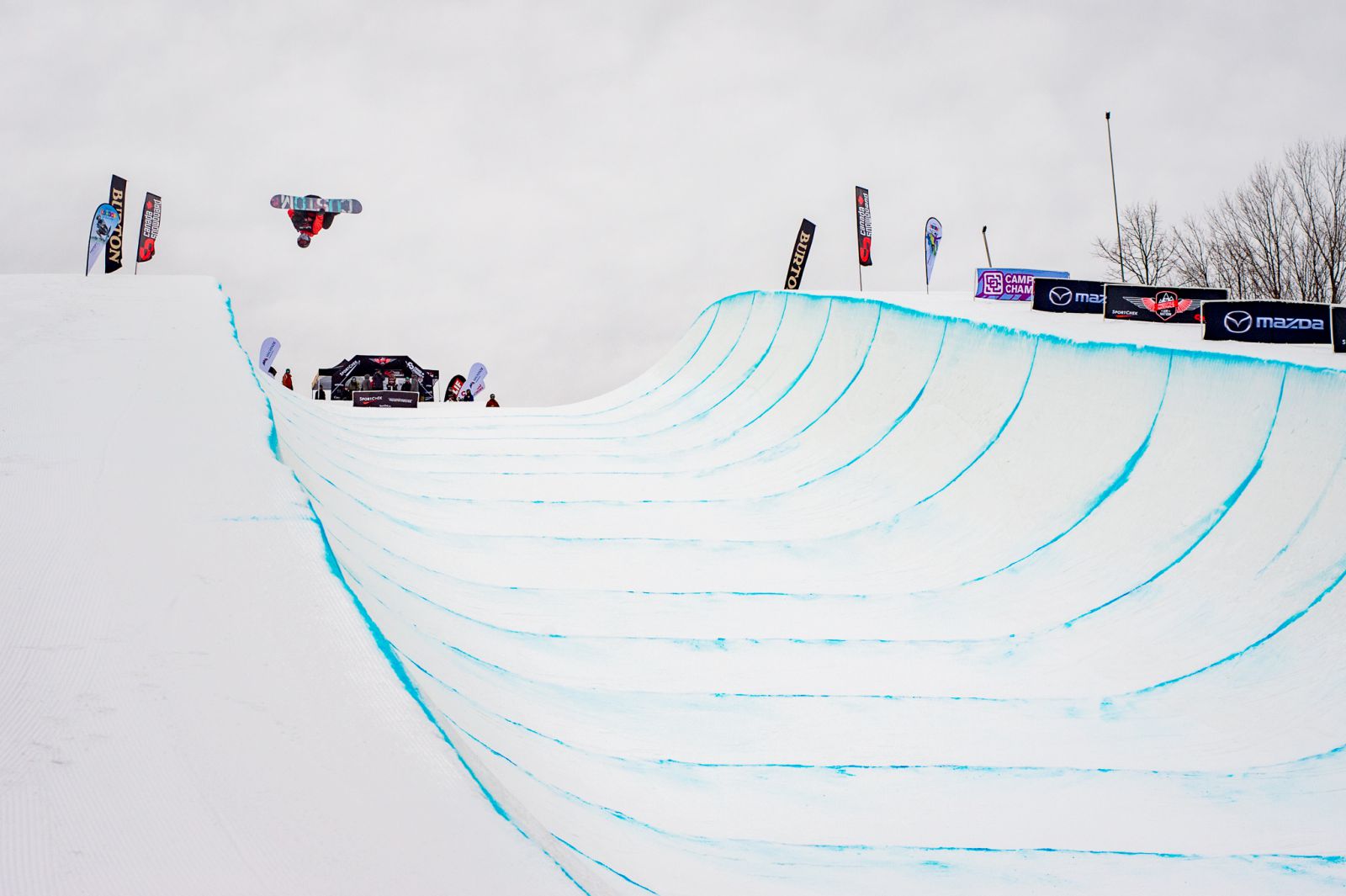 The 2017 Sport Chek Air Nation Nationals presented by Burton and Mazda Canada kicked off Monday afternoon with the 2017 Mazda Canada Halfpipe Championships. Dozens of riders from all over the country, including members of Canada’s National halfpipe team, made their way to Mount St Louis Moonstone to compete for the title of National Champion.

In the end it was Katie Tsuyuki (Toronto, ON) and Derek Livingston (Aurora, ON) who walked away with the top prize and the title of Canadian Champion. Mercedes Nicoll (Whistler, BC) and Calynn Irwin (Toronto, ON) joined Tsuyuki on the podium in 2nd and 3rd respectively on the women’s side with Braeden Adams (Calgary, AB) and Shawn Fair (Calgary, AB) joining Livingston on the men’s side.

In the junior category, Becca Ballantyne and Shawn Fair took home the top spot in the women's and men's categories.

For Tsuyuki, it is her first National title since 2006.

"It's been a long time since I've stood on the top step of the [Air Nation Nationals] podium." said Tsuyuki "The girls rode really well today but I'm stoked to stand on the top of the podium again." 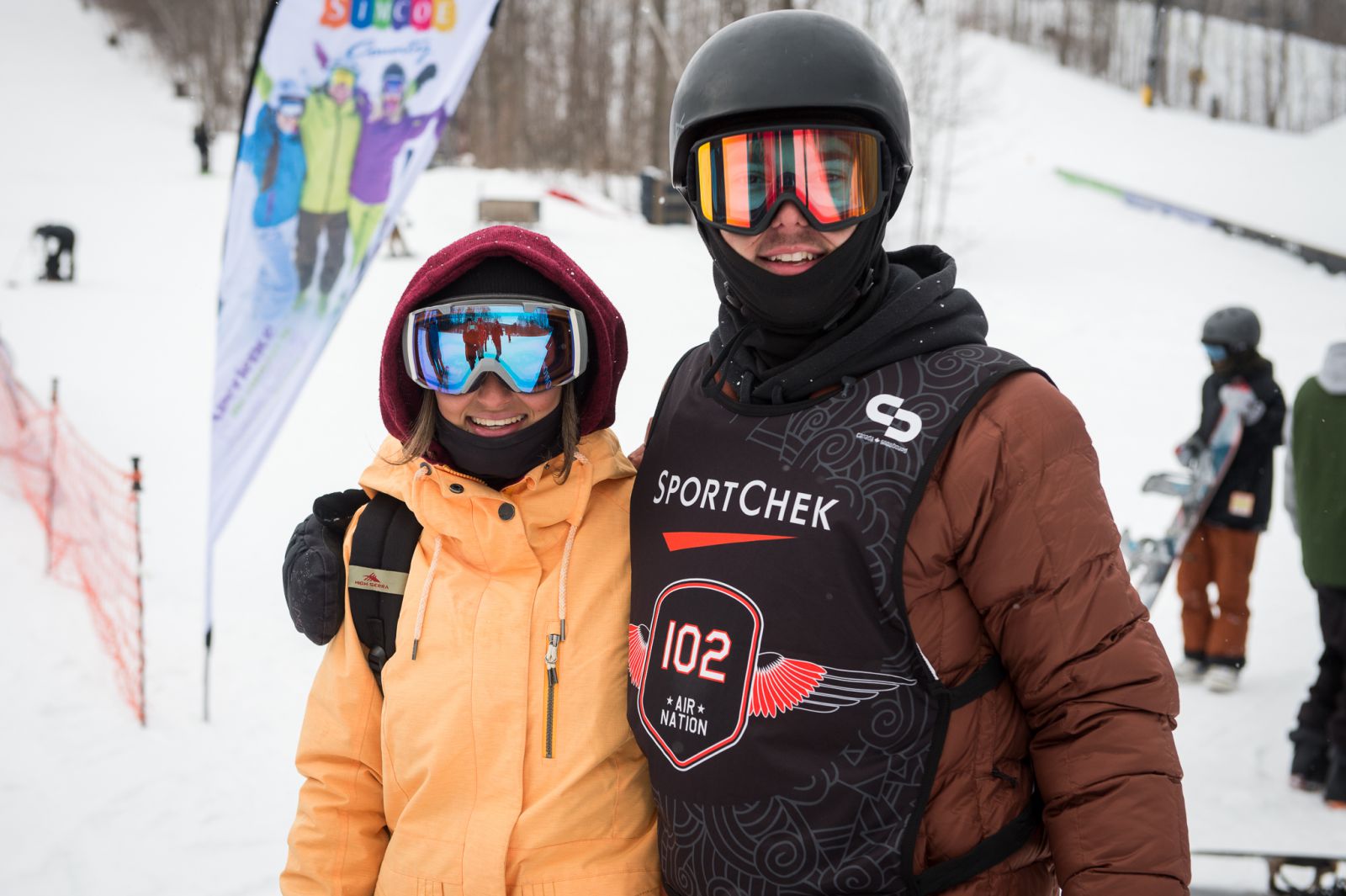 Quebec's Marguerite Sweeney and Ontario's Jasmine Baird rounded off the female podium while William Izzard and Joshua Reeves completed the podium on the mens side.

Sweeney and Reeves also won the overall Air Nation Freestyle tour, and will get a free camp week at Camp of Champions this summer. 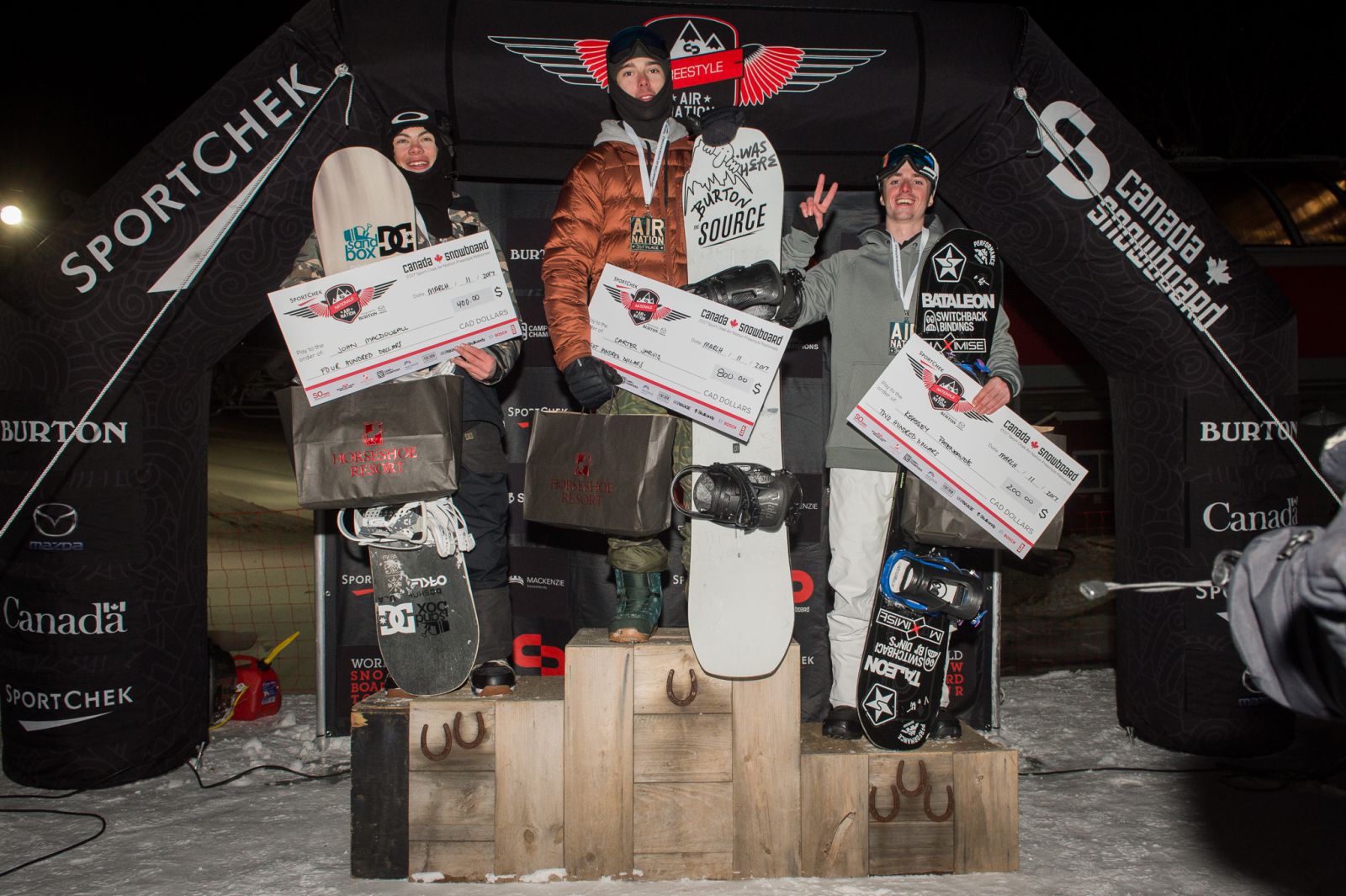 After winning last year's inaugural Canadian Big Air National title, Carter Jarvis (Calgary, AB) successfully defended his title and captured gold on Saturday night at Horseshoe Resort. Samm Denena (Orillia, ON) took home the top spot on the womens' side and was joined by Jasmine Baird and Marguerite Sweeney on the podium. John MacDougall and Keassy Patenaude rounded off the men's podium. 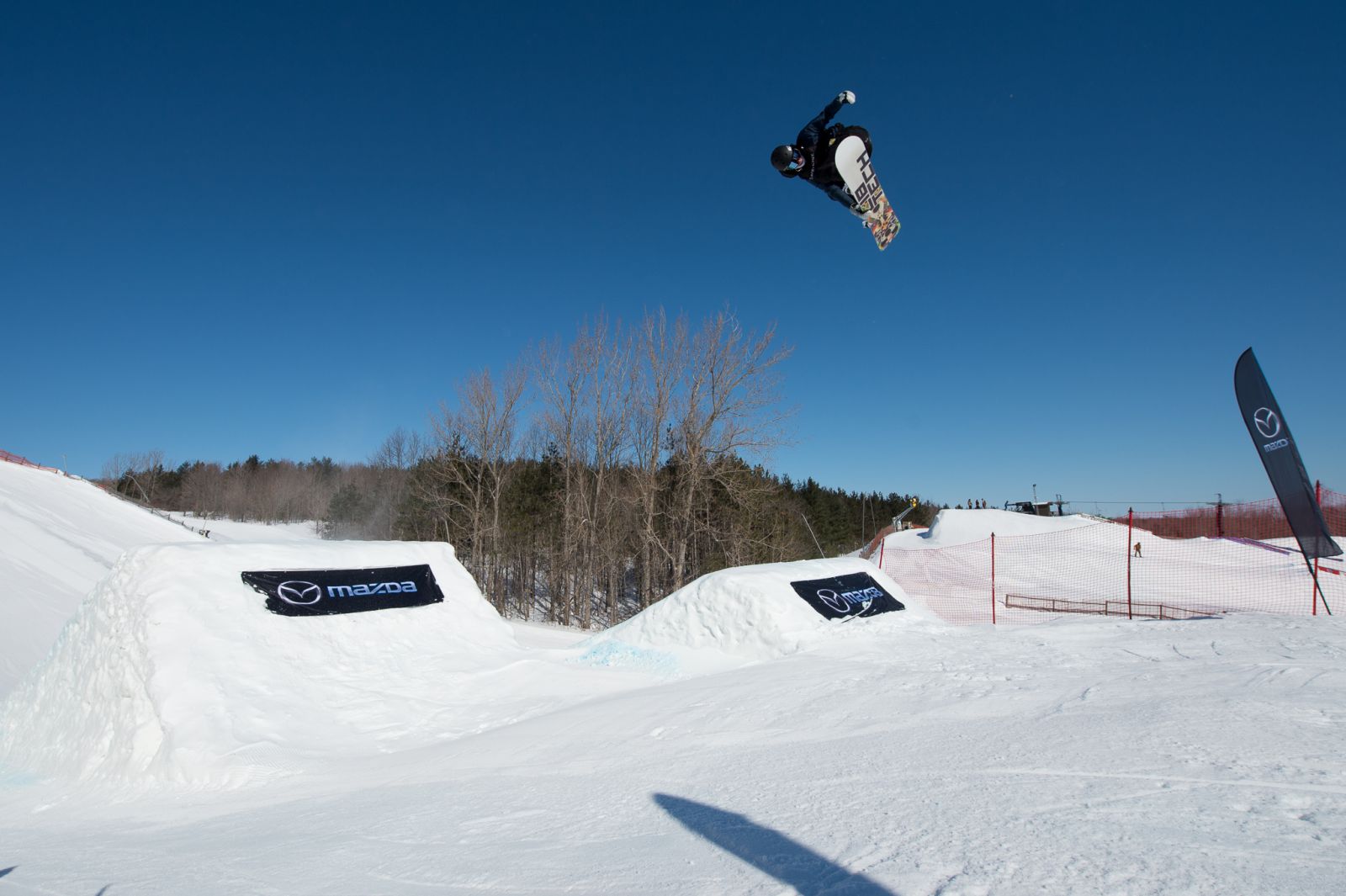 It's been a solid week of riding for some of Canada's rising stars, capped off with Sunday's Junior Slopestyle National Championships. Following his third place finish in the Open category, Joshua Reeves (Calgary, AB) took home the top spot for the men while Jasmine Baird (Georgetown, ON) followed up on her 3rd place Open finish to win the womens' competiton.

Jadyn Chomlack and John MacDougall rounded off the mens' podium while Sommer Gendron & Marguerite Sweeney took 2nd and 3rd respectively on the womens' side.

The focus now shifts from style to speed as Canada's best Alpine, Snowboardcross and Para-athletes make their way to Mont Tremblant, QC for the Sports Experts Speed Nation Nationals 2017 presented by Mazda Canada and FA Design from April 4-9, 2017.