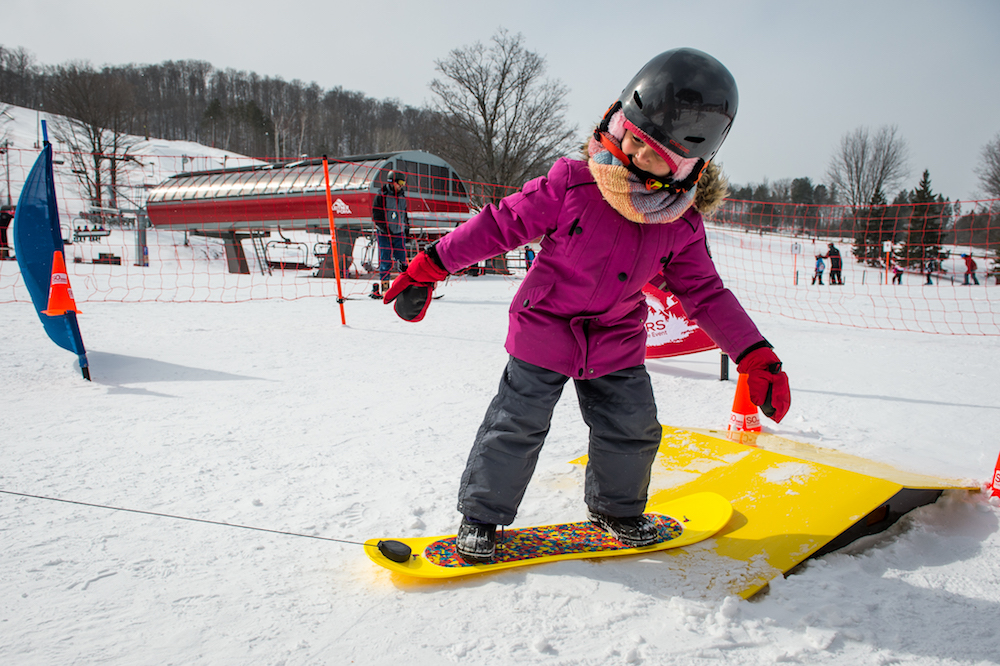 Our Canadian freestyle snowboard community gathered in Ontario last week for the Sport Chek Air Nation Nationals, and while the crowds cheered and the winners celebrated, some of the loudest cheers and biggest smiles came not from the podium but instead from the nearby Snowboard Ontario Burton Riglet Tour Park.

“The park was open all week during Nationals, and the kids were having an absolute blast,” said Canada Snowboard’s Kim Krahulec. “The smiles on their faces, and their parents faces, showed just how much fun whole families were having together.”

The Snowboard Ontario Burton Riglet Park was a perfect opportunity for young children to feel a snowboard beneath their feet for the first time and play on features designed just for learners.

“We all remember the moment that we fell in love with snowboarding and how it shaped our lives,” said Krahulec. “Through this exciting partnership, our Provincial Snowboard Associations and Canada Snowboard are giving the next generation of riders their first experience of our amazing sport.”

With a positive introduction like this to build upon, kids will have the best chance possible to embrace snowboarding early and have it become a big part of their lives in the years ahead. It also reflects the importance of play and activity in every child’s development, and Canada Snowboard would like to say a big thank you to Snowboard Ontario, Burton, the Government of Canada, and ParticipACTION’s 150 Playlist initiative for supporting our drive to get more kids riding.

To learn more about the Burton Riglet Park, visit www.canadasnowboard.ca/en/programs/grassroots/riglet