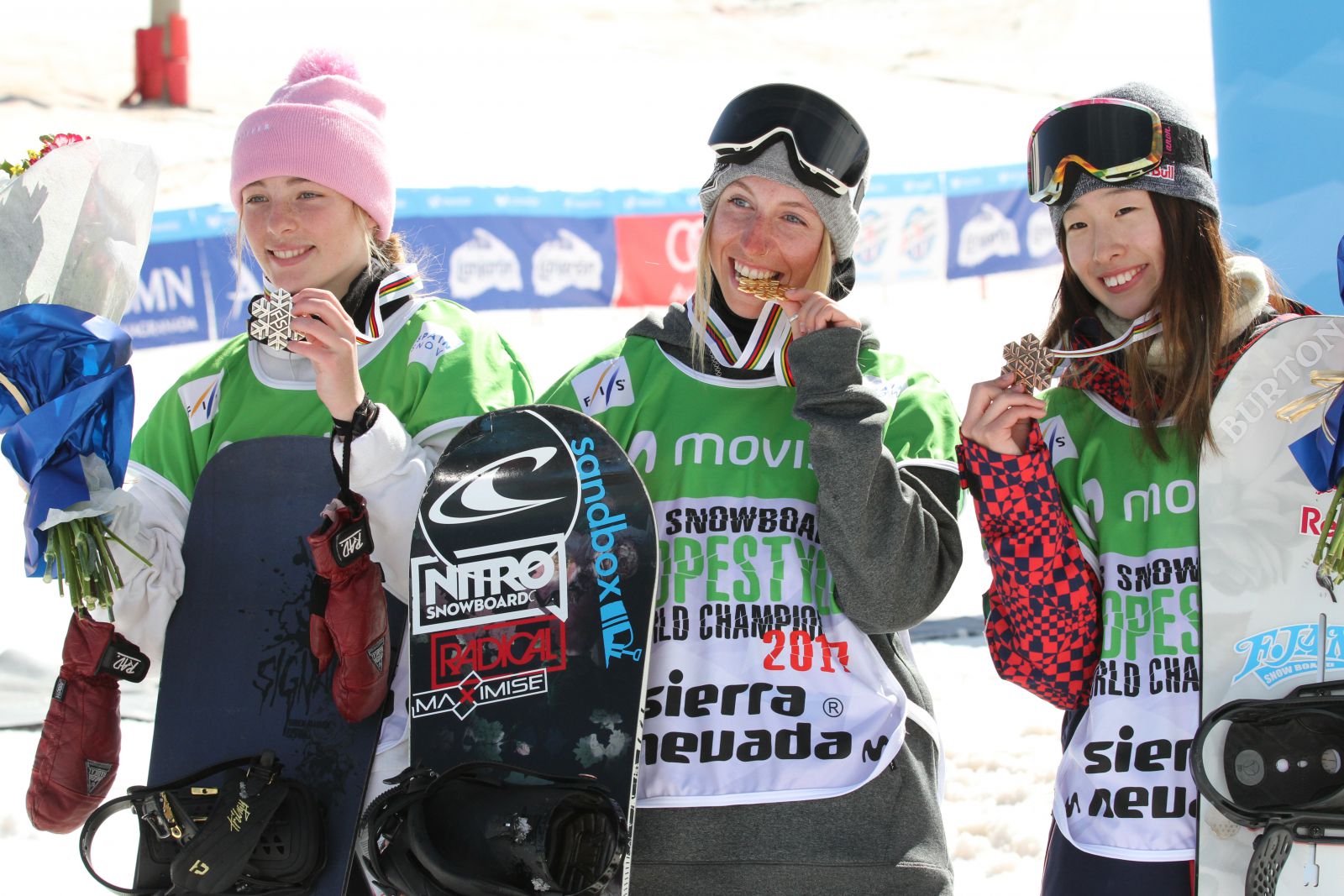 Laurie Blouin (Stoneham, QC) made history on Saturday morning and claimed Canada's first gold medal of the 2017 Sierra Nevada World Championships. Despite some challenging course conditions, the Stoneham native stomped her second run to score a 78.00 and lay claim to the title of World Champion. Zoe Sadowski Synnott (NZL) and Japan's Miyabi Onitsuka rounded off the women's podium.

"I'm pretty happy, It's been just an incredible week here" said an ecstatic and humble Blouin after her victory. "I didn't expect it, you don't want to be too sure of yourself. But I worked so hard, and that just proved to me that the work that I did was worth it."

Blouin wowed the judges with a series of solid jumps, including a cab double underflip and finished things off on the rails with a frontside 50-50 180 out.

This is Blouin's best ever career result after she took second earlier this year at a Slopestyle World Cup in Seiser Alm, Italy.

You can view Laurie Blouin's winning run here, and make sure to check out more of CBC Sports' ongoing coverage from Sierra Nevada 2017 here.

Racing in the first ever team Snowboardcross World Championships event, Kevin Hill (Vernon, BC) and Chris Robanske (Squamish, BC) took home the Bronze medal in Sierra Nevada, Spain. Riders were neck and neck until the end, Robanske crossing the finish line in third place behind the USA’s Nick Baumgartner and Spain’s Lucas Eguibar.

The team event, which features a team of two riders racing in a relay style competition, officially made its World Championships debut at the Sierra Nevada on Monday morning. For Robanske and Hill, the bronze medal was their first international podium of the season.

“It's been the hardest year of my life on the tour. Things haven't been clicking, not going well. I had bad luck, kind of a little bit of everything.” Said Robanske, whose sheer determination was rewarded with a podium performance. “I told myself 'We will be attacking [today], giving everything we have.' So we took that, we believed in our team which is behind us, and today it worked.”

The Canadian national Snowboardcross team will now wrap up the World Cup season in Veysonnaz, SUI for a pair of World Cups from March 24-26, 2017.

This is Canada’s second snowboard medal at The FIS Snowboard World Championships 2017, as the competition continues with Parallel Giant Slalom, Parallel Slalom, and Big Air events later this week.