Parrot and Toutant double up at Copper Mountain Big Air 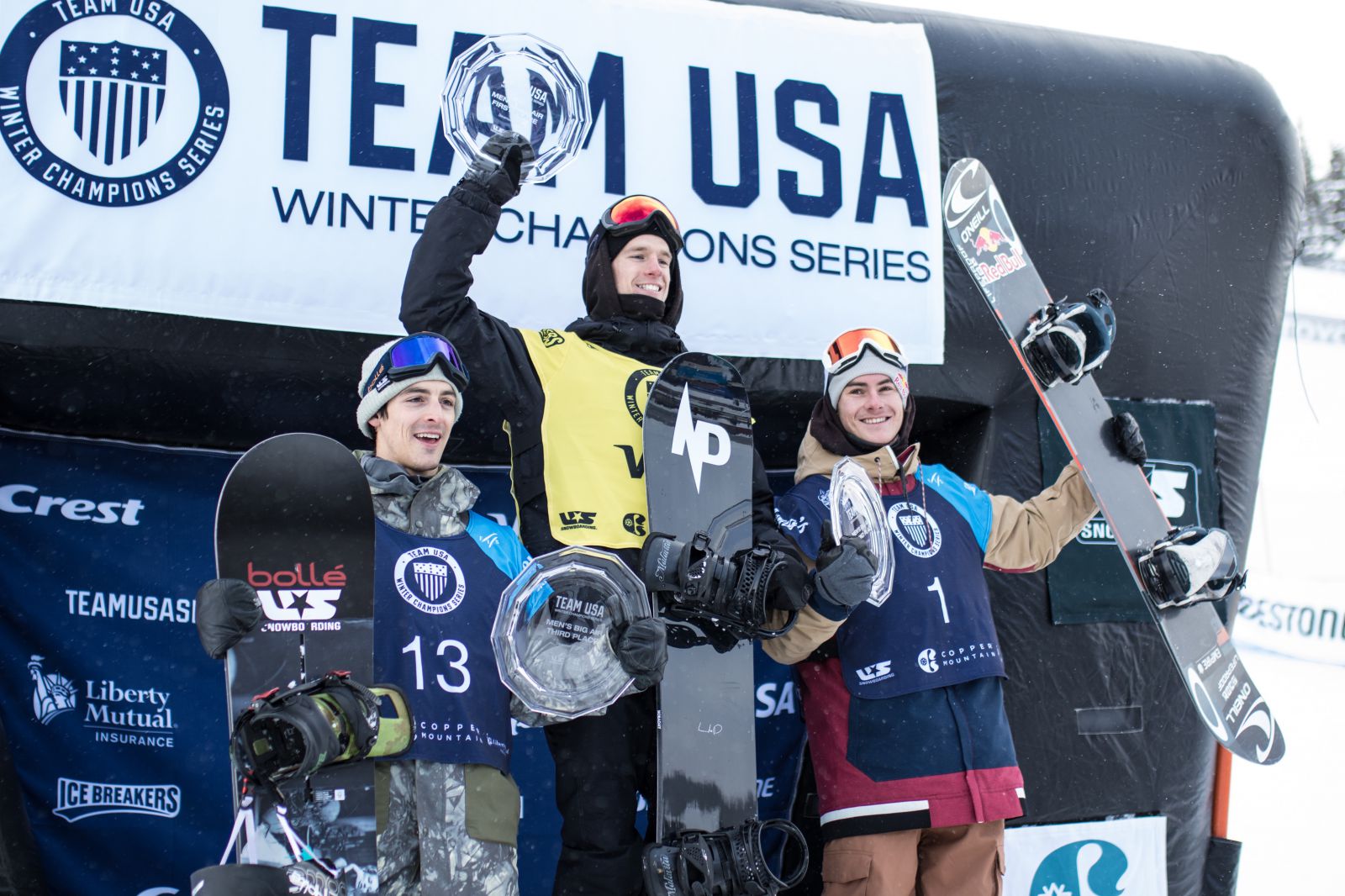 Landing both a Backside and Frontside triple cork 1440, Parrot’s combined score of 188.75 was a whopping 21.25 points above third place. His victory in Colorado also puts him in first place on the overall Big Air World cup rankings heading into the new year.

Toutant recovered from an early spill in his first run and put tricks down when it mattered most to end up with a combined final score of 176.00.

“I'm super stoked. I mean, in the first run I went to the bottom. The trick was there but not the landing.” remarked Toutant, who was able to recover with two solid runs back-to-back. “But then I stomped my tricks, including the cab 1620, probably the hardest trick today. I'm really happy to have put it down.”

With a short break in the competition season, Canadians will be looking to continue the momentum heading into 2017 with the LAAX Open scheduled as one of the first major events of 2017. With podiums in Big Air and Slopestyle in Milan, Beijing, Alpensia, Breckenridge, and now Copper Mountain, Canada will be looking for even more success in this important Olympic Qualifying year.

Canada’s Alpine Snowboarding, Snowboardcross, and Halfpipe teams kicked off their respective world cup seasons this week with world cup events across the globe in Italy, Austria and Colorado.

The week was highlighted by several first World Cup appearances and career bests with Canadian riders continuing to prepare for next year’s 2017 FIS Snowboard World Championships in Sierra Nevada, Spain.

Full results of this week’s competitions can be found on the FIS website.

Parrot and Toutant double up at Copper Mountain Big Air