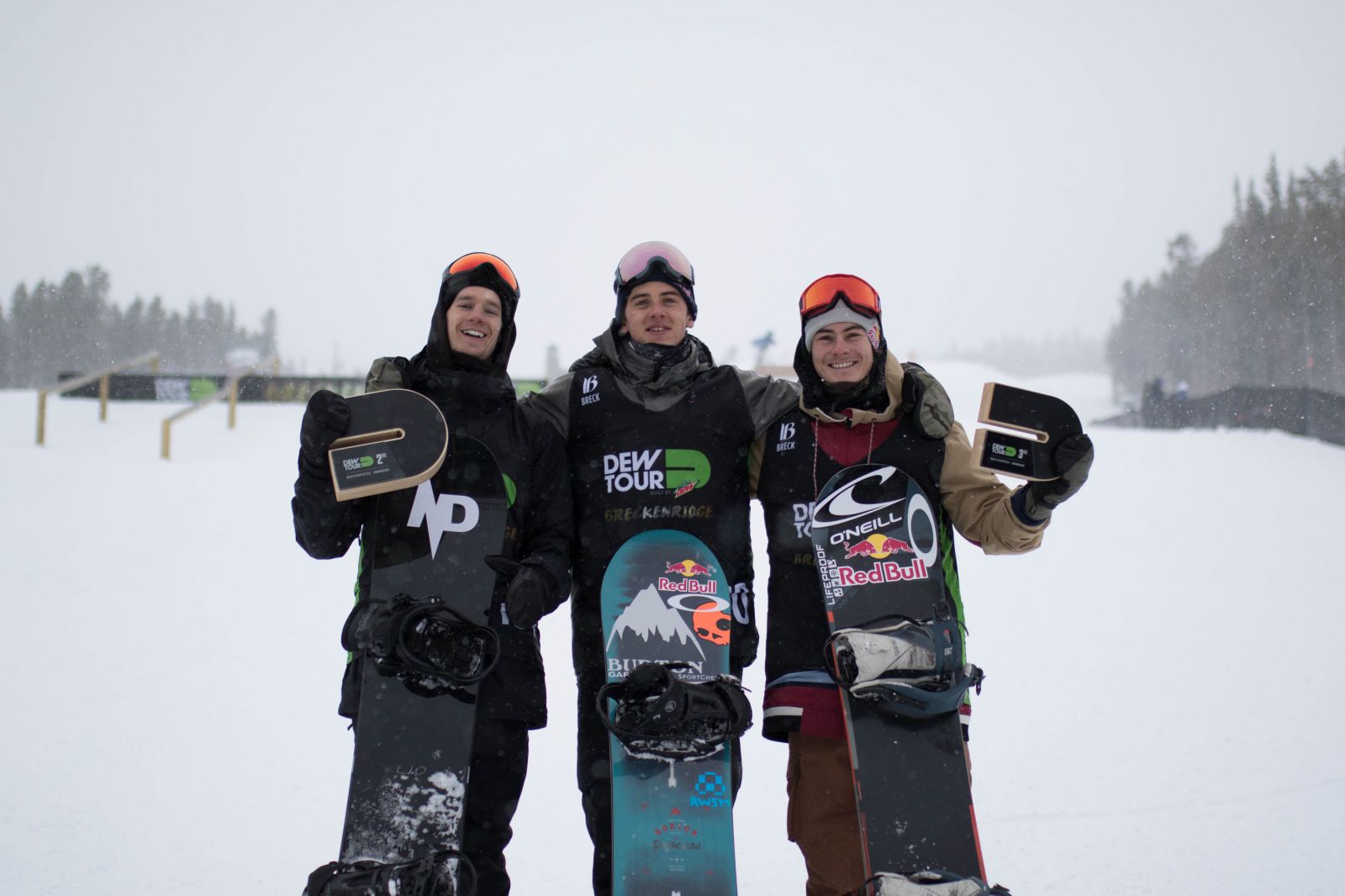 Canadians once again dominated the Dew Tour final rankings, including a total sweep of the men’s Slopestyle podium. Mark McMorris (Regina, SK) took the top spot with Max Parrot (Bromont, QC) and Sébastien Toutant (L’Assomption, QC) taking to the podium in 2nd and 3rd place respectively. Spencer O’Brien (Courtenay, BC) took 3rd on the women’s side.

Shaking up the traditional slopestyle format, this year’s Dew Tour featured both separate jump and jib events with competitors combined scores counting towards their final ranking.

Friday’s jump section belonged to McMorris, as the Regina native celebrated his birthday in style by stomping both a backside triple cork 1440 indy and a frontside triple cork 1440 mute to take a commanding 20 point lead heading into Saturday’s jib section. Coming down to his final jib run, McMorris came up big to take home his 5th consecutive Dew Tour Slopestyle title with a combined score of 172.66.

Parrot scored the best individual run score of 49.33/50 on one of his jumps, but his style really shone through in the jib portion of the contest, completing one of the most technically difficult tricks of the day: a 450 degree rotation into a boardslide with a 450 degree rotation off. Toutant landed a cab 1440 triple cork on his last jump, which combined with his jib section was enough for 3rd place. 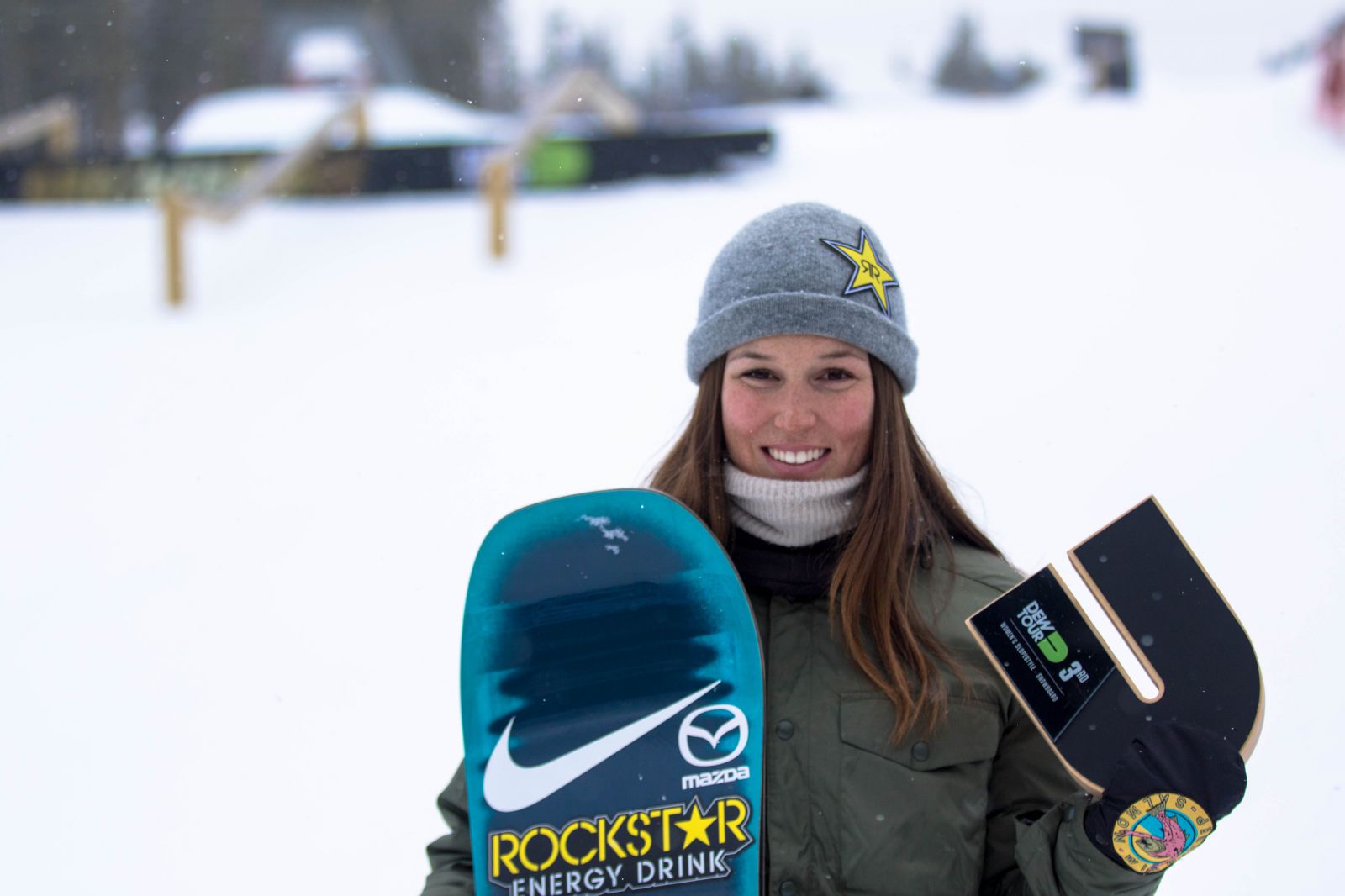 Due to inclement weather, the women’s jump section was cancelled, with the jib section scores used for the final ranking. A solid effort from O’Brien saw her take 3rd with a score of 80 points, behind only Jamie Anderson (USA, 91.33) and Hailey Langland (USA, 86.00).

Canadians all finished in the top 10 of the Slopestyle competition with Tyler Nicholson (North Bay, ON) and Mikey Ciccarelli (Ancaster, ON) finishing in 5th and 6th respectively. Darcy Sharpe (Comox, BC) finished in 10th and also successfully defended his Streetstyle title for the fourth year in a row.

New to this year’s competition was also the Team Challenge, with six snowboard brands invited to participate. Representing Burton, McMorris and Sharpe teamed up with Norway’s Terje Håkonsen and took home the top prize ahead of Toutant and the Nitro Snowboards team.

Adaptive banked slalom also made its inaugural appearance at this year’s Dew Tour with John Leslie (Arnprior, ON) and Alex Massie (Barrie, ON) finishing in the top ten.

Busy week ahead for all Canadian snowboard teams
Speed and freestyle disciplines are all in action this week with the Canadian team poised for a number of World Cup appearances. The Alpine snowboarding team heads to Italy for a pair of World Cups while the Snowboardcross team will take to the track in Montafon, AUT for their first world cups of the season. Copper Mountain will also play host to both Big Air and Halfpipe world cups.