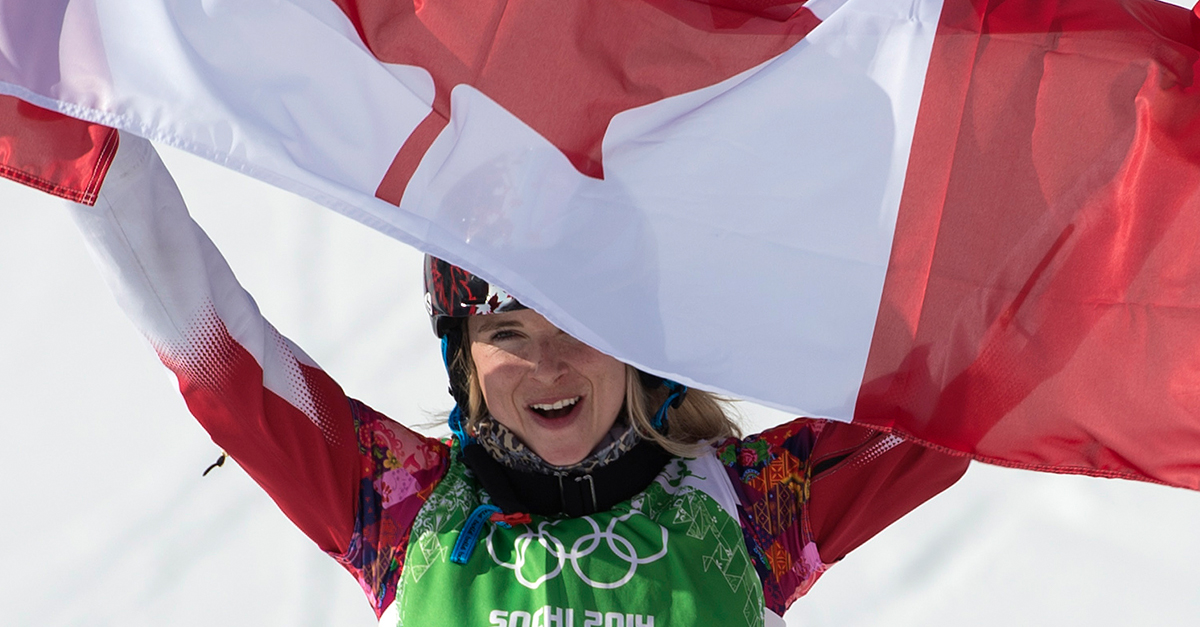 Montreal, December 6, 2016 (Sportcom)—Snowboardcross specialist Dominique Maltais, an athlete with an impressive international record, has announced her retirement from competitive snowboarding. At the age of 36, the snowboarder from Petite-Rivière-Saint-François has decided not to return to competition following her rehab efforts during the 2015-2016 season.

One year later, health challenges, rather than a lack of competitive drive, have once again dictated the double Olympic medallist’s decision.

Twice named Maurice female athlete of the year (international level) at the Gala Sports-Québec, Maltais already knows how she will indulge her passion for sports, by working with some thirty young people in Académie DM, a sports/academic program at Collège des Hauts Sommets, a high school in Saint-Tite-des-Caps.
“It’s lots of fun and I love working with young people! I share my enthusiasm and experience on the snow and have a great time with them,” explains the new regional and provincial coach.

“The sliding sports major lets students go skiing and snowboarding twice a week with a World Cup champion. This is a real privilege for the young people entrusted to us, who get to rub elbows with an inspiring woman who is a model of determination and perseverance.”

Among her other plans, Dominique Maltais also plans to be a speaker for the Formax agency, giving workshops in boardrooms and on the slopes. The new retiree also wants to share her expertise as a personal fitness trainer and expects to open her own gym someday.

Despite her back feeling better, Dominique Maltais confirms that she has not been able to recover enough to allow her to compete at the highest level.

“I had to face the fact that if I entered a race or fell, I could do serious damage. Our bodies age and don’t get better as the years go by,” explains the former firefighter who quit because she could not see herself in that same demanding job 10 years later.

“This decision does not reflect a loss of enthusiasm. And regardless of the colour of the medal, I still take great pride in my career highlights as a competitive athlete. Yes, it’s a huge disappointment that has been very hard for me. I am turning the page on an important chapter in my life, but if I were a few years younger, I definitely would continue competing. My only regret is that I did not start my athletic career sooner,” she explains with a tinge of sadness in her voice.

Introduced to the general public after taking a bronze medal in the Torino 2006 Olympics, Dominique Maltais faced her greatest challenge in Vancouver four years later, when a terrible fall on a downhill run ruined her chances of reaching the podium.
The tenacious snowboarder doubled down on her determination and continued training for the Sochi Olympics, where she was thrilled to win a silver medal.
Marcel Mathieu, head coach of the Canadian Snowboardcross team with Canada Snowboard, is also very proud of this achievement, which has marked the athlete’s personality and career.

“What best describes Dominique is her determination to achieve success, in her technical movement, her daily training, her preparation for the Olympic cycle. Failures have taught her how to move past weaknesses and shortcomings, to grow and convert all this into winning energy. I will cherish memories far beyond a coach’s sports relationship with his athlete, and I take joy in highlighting the incredible athletic and human career of this grand champion.”

Maltais displayed admirable consistency in the World Championships, especially by winning silver at Stoneham (2013) and bronze at La Molina, Spain (2011).