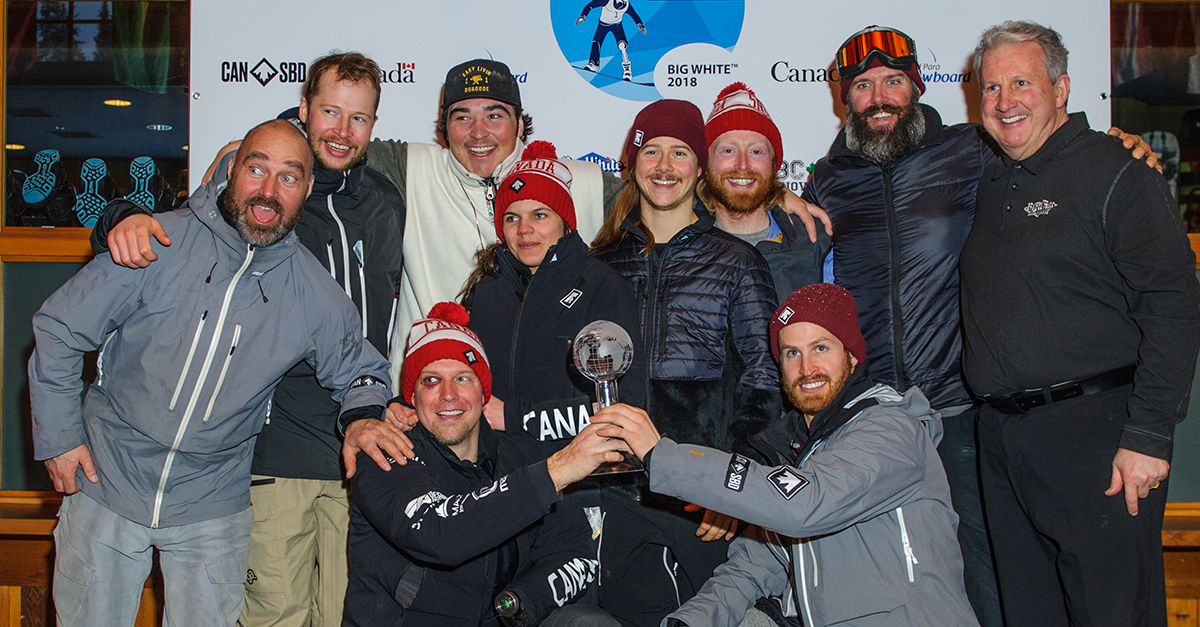 The Nations Cup rankings are calculated by adding up all the points from each nation’s athletes throughout the season across both discipines of Para Snowboardcross and Banked Slalom. For Canada, this represents the first time the country has podiumed in the Nations Cup.

“It feels amazing that all that hard work has paid off.  To be honest we were so focused on the process that it came as a surprise to me”, said Head coach Mark Fawcett, “I believe that we at Canada Snowboard have provided these athletes with exceptional, challenging training environments to prepare them to be their best. That is our main focus. When we focus on that process, the results come to us.”

Michelle Salt also finished the world cup season on a strong note, with her 4th place in the last Banked Slalom World Cup guaranteeing her the 3rd spot on the Overall Banked Slalom Crystal Globe ranking. Salt’s previously grabbed two bronze medals in this discipline at a pair of World Cups in Landgraaf, NED.