We are proud to unveil the next step in Canadian Snowboarding. A new provincial/territorial system that showcases the landmarks, landscapes and animals of Canada and embraces the classic iconography of each province/territory.

Following the success of last year’s Canada Snowboard rebrand, the rebranding of the full provincial/territorial system was a natural and important step towards aligning the competitive snowboard landscape in Canada. 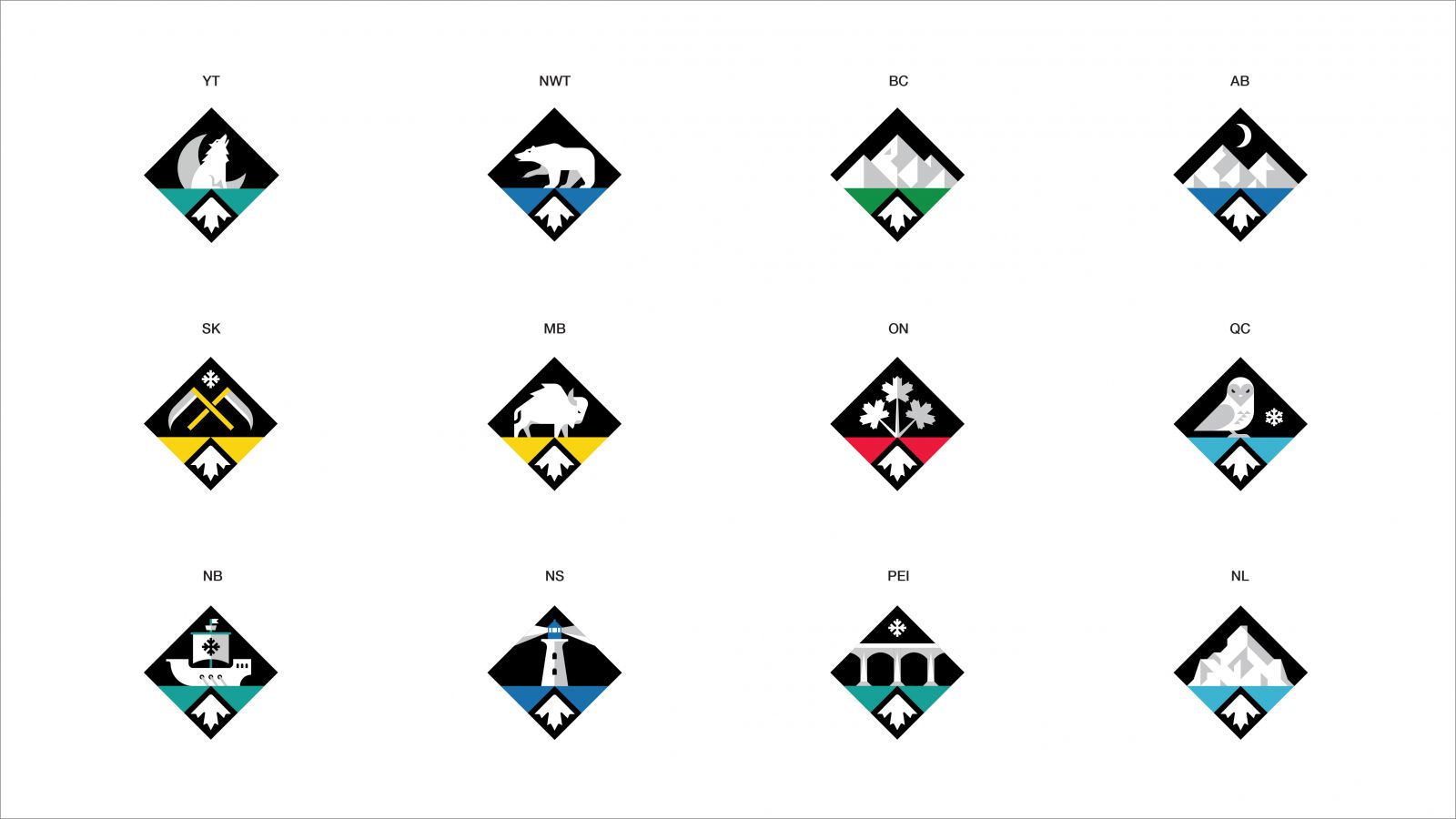 This new system was an effort born from the collaboration of the entire organization. We wanted to make sure that each province/territory involved with their brand had an opportunity to be a part of the process. The result is a system that illustrates where we’re from, and the places in which we prosper.

YT - Featuring a howling wolf in front of a half moon, this powerful animal symbolizes the rugged wilderness found within the territory’s borders.

This rebrand is the way we continue to picture possibility and our trail map toward the summit. We hold the provinces/territories and their riders with highest level of respect, and can only hope this new system will add to the legacy of snowboarding in Canada.

We want to thank the Hulse & Durrell design firm for their amazing job, we couldn't be happier with the results. Hulse & Durrell is an award-winning, Vancouver-based design firm. Related clients include the Vancouver 2010 Games, Canadian Olympic Team, International Olympic Committee, and several Canadian National Sport Federations.