Encouraging participation and development of female riders through a variety of women’s only training, events and camps.

The following women have demonstrated leadership within the sport of snowboarding, outstanding progress and work and a commitment to continuous professional development.
Marie-Joelle Bourgeois - Freestyle Snowboard Judge 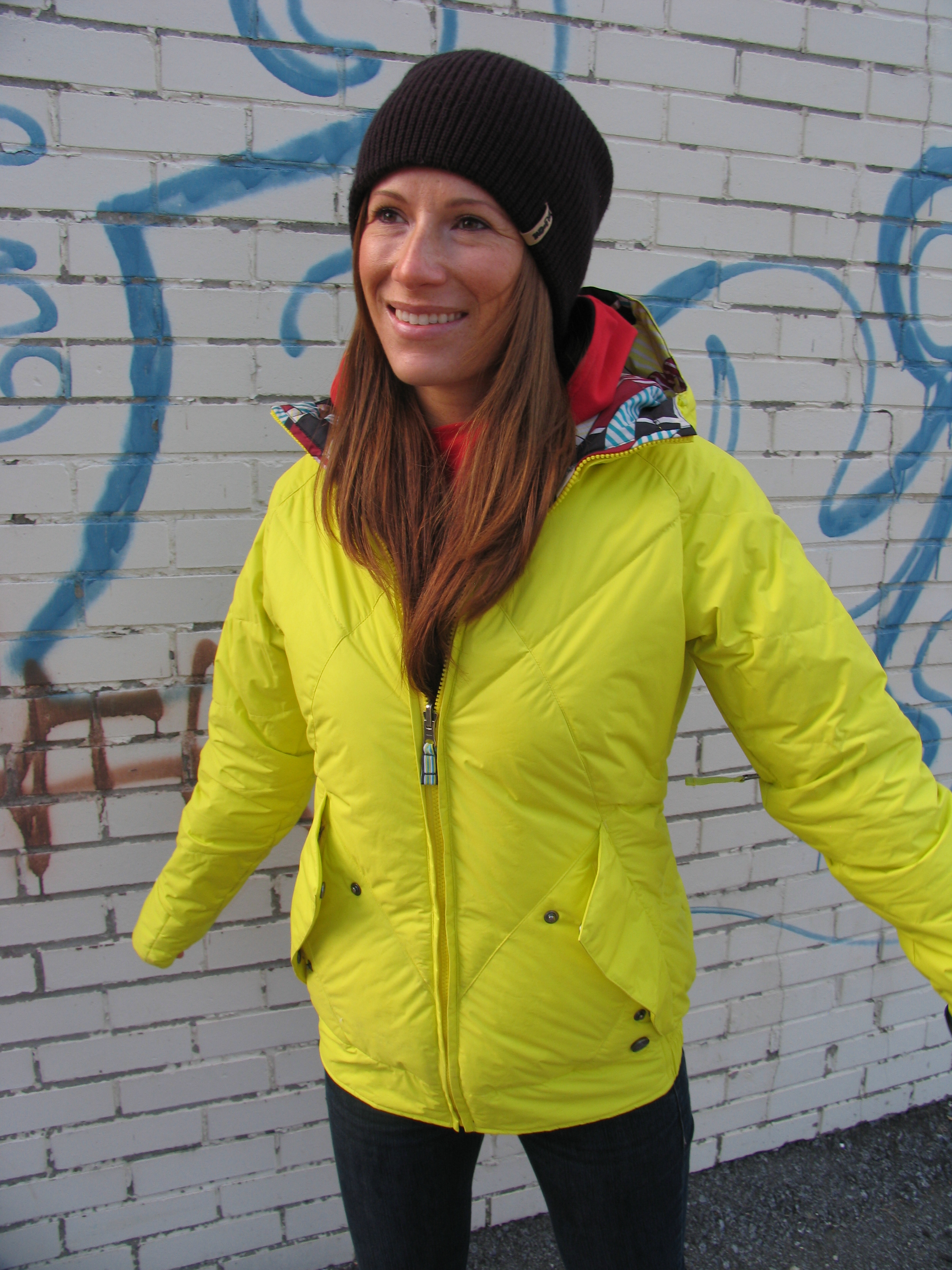 Hometown:  Lorraine, Quebec
Current:  Montreal, Quebec
Background:  'I started snowboarding many years ago with my group of friends, mainly guys, and I loved everything about it right away.  I was a good rider, but not talented (or gutsy) enough to compete at a high level.  I was already (and still) training and competing at Provincial and International level in horse jumping.  I was trying to find a way to involve myself more in snowboarding other than being an athlete and thought about judging.  A few of my friends were already judging so I asked to attend their judging clinic and be trained.  I remember begging one of my girlfriends to come with me at the clinic since I was going to be the only women there.'
The Journey:  'It took a long time for male judges and athletes to take me seriously as a judge and believe in my competencies.  That was ten years ago and I've proved them wrong since then.  Being an athlete in a judged sport, I know how crutial it is for the athletes to have good and competent judges for a competition.  I was determined to become a competent snowboard judge.'
'I started with small events in Quebec before moving to attending the Pro Judging Clinic for North America almost every year.  I moved onto the panel of bigger events such as the Canada Winter Games, NOrAms as a judge and head judge, The Revolution Tour in the USA, Shakedown, etc.  I even participated in the selection camp for the 2010 Olympic Winter Games.
Currently: 'I am now teaching the Quebec Judging Clinic and are very happy that women are getting more involved in snowboard judging.  It takes time, experience, discipline, passion of the sport and constant training to develop a good accurate judge.  Although it can be very rough long cold hours sometimes, it is so MUCH FUN!
____________________________________ 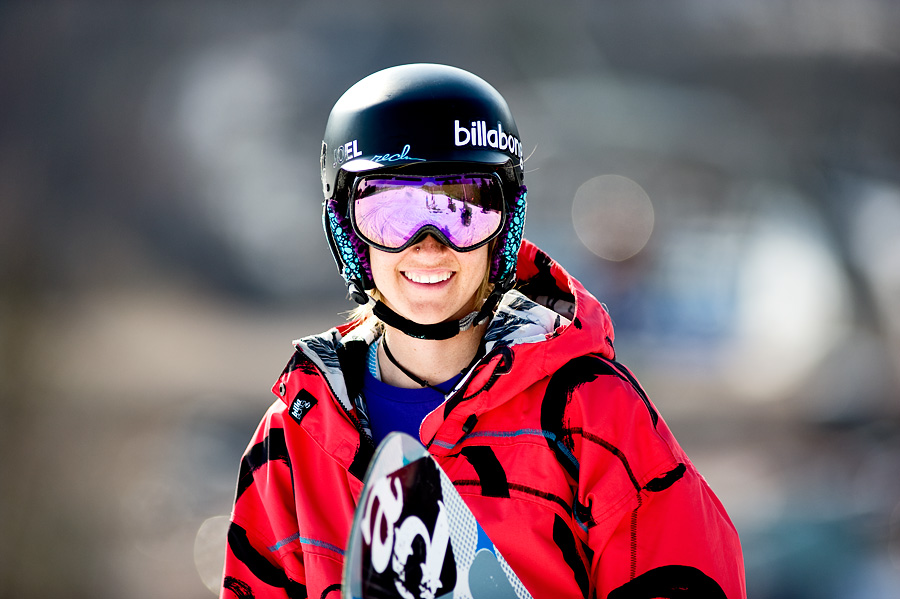 Hometown: Dartmouth, Nova Scotia
Background: Natasha has been involved in the sport her entire life and started out skiing when she was five years old.  She has been snowboarding for the past ten years and first got inspired after working as a ski instructor for about a month when some co-workers encouraged and offered to teach her. “I love the freedom and the feeling that you can capture while riding a perfectly snowy pitch or while captured in a halfpipe.” “The fact that it’s just you and no worries or concerns other than what you are doing.”
The Journey: “I’d been skateboarding since the age of 13 and thoroughly enjoyed it so when I hoped on a board I thought ‘this is far more comfortable’.” Within that year Natasha took her CASI level 1 and had switched to teaching snowboarding and never looked back. “I started to compete in halfpipe, slopestyle and snowboardcross and realized, snowboarding was my thing.” She then got involved in coaching snowboarding a few years later when her snow school director at the time, Andy Maclean, encouraged her to apply for the Provincial Team Coach position that had just opened up with their Provincial Sport Organization, (PSO). The next year she was already traveling Canada with a team of athletes and heading to the National Championships, from there, things just kept growing.
Currently: Natasha is a snowboard coach with the Canadian Sport Center Atlantic for Freestyle Snowboarding as well as the Manager of Sport Development with Canada~Snowboard. Since the age of 14, Natasha spends all of her spare time at a ski hill and views snowboarding and sport as her life’s passion and purpose. “I love the people involved in this sport and the sense of community that it has around the world."
Inspiration: “My athletes inspire me. They have such passion, energy and commitment to the sport; it’s hard not to want to work hard to help them. Other leaders in snowboarding also inspire me, people like Sarah Conrad who gives everything to snowboarding, remain crazy modest and gives back to her community at home.”
Quote: “Take the time to do what you love and don’t listen to what others think about it.”
__________________________________ 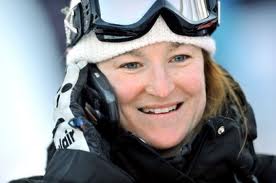 Background:  My younger brother and I taught each other how to snowboard when I was 16, and later on I started getting sponsored after doing well in a lot of local contests.  While I was halfway through my photography degree at Ryerson University in 2006, I deceided to do a winter in New Zealand and the experience blew my mind.  My newly heightened passion for snowboarding inspired me to move to BC and I've never looked back.   I've been snowboarding for 11 years with 4 Southern hemisphere seasons added in there.

Why do you love snowboarding?  I love the feeling of riding away from a pow drop or landing a smooth new trick in the park. I love the instant friendship you discover after finding out the stranger you're talking to also shreds. I love floating on top of a field of deep powder, it's a feeling that you can't replicate.  I love the level of support females show towards eachother in a contest setting because really, we know best that it's always about fun! 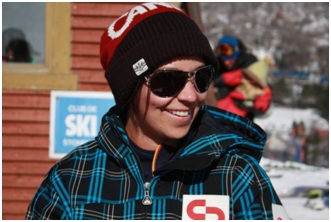 Background: “I received my undergraduate degree from University of Sherbrooke in Kinesiology. My first internship was as a snowboard instructor in Whistler and following my second internship I decided that I would pursue a career in Sport Management. I completed my third internship at the Quebec Gymnastics Federation following 15 years of involvement in the sport as an athlete and a coach.”
The Journey: Nadia has been snowboarding for 14 years and loves it because it’s a good excuse to be outside and have a good time with your friends. She notes that: “If you throw in a few inches of fresh snow it doesn’t get much better. Growing up in Quebec I dreamed of riding mountains like Whistler and now I live a short drive from it so try to go as often as I can.” M’Seffar got involved in the sport in 2005 when she came back from a four month surfing trip to Costa Rica and was about to enroll in Graduate School studying Sport Management. She says: “I saw that Canada~Snowboard was looking for an Administrative Assistant for the High Performance Programs and I knew right away this was my chance to start the career I wanted, even if it involved leaving everything behind. I received the good news and two weeks later I arrived in Vancouver excited at the opportunity to work in Snowboarding. “
Currently: Nadia is the Manager for High Performance Program at Canada~Snowboard which is the program responsible for all National Snowboard Teams. “When someone asks me what I do I usually say “Everything”. From athlete’s services to strategic plans and from selection protocols to Olympic logistics, a big part of it is getting things done. What I like about my job is that I get to do a bit of everything.”
Inspiration: Nadia mentions being inspired by “Empty beaches and ride-able waves.”
Her motto is: “We don't stop playing because we grow old; We grow old because we stop playing.” 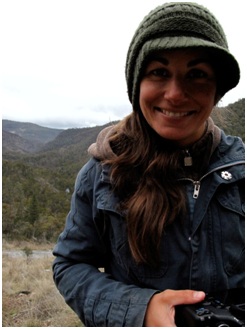 Current town: Squamish BC
Hometown: West Vancouver/Whistler BC
Background: Maelle has been snowboarding for the past 17 years. She grew up in the Sea to Sky Corridor exploring the mountains and playing every sport imaginable. Her parents provided countless opportunities to be involved in whatever she was passionate about, including her lifestyle in snowboarding. She first got involved in snowboarding when seeing how much fun her brother Jorli was having. “We rode together all the time, from hiking Mt Baker early season to riding at Glacier Snowboard Camp in the summer on Blackcomb.” She started riding on the weekends with her brother to do something fun that wasn't competing or playing an organized team sport. “It was all about finding powder and throwing ourselves off any jump, cliff, cornice, etc we could find.”
The Journey: “The freedom of riding on a powder day, progressing in SBX course, the ability to be in fresh air in the mountains all day, the opportunity to travel the world and make friends with the same passion on all corners of the earth, be inspired from watching girls push the limits in a halfpipe or in a video part”
Currently: “I joined a club coached by Ben Wainwright and Andrew Murphy. We started doing some of the local contests and eventually got into Nationals and beyond. Snowboarding was a perfect fit to feed my competitive nature and my love for the outdoors.”
Inspiration: “I was inspired when I'm in the backcountry even when the weather and snow conditions are terrible. The beauty of being the mountains is overwhelming. I also love watching other girls kill it. It's so exciting to see new tricks get thrown down or big cliffs/lines getting dropped. I love watching women's pipe and slope from X-Games and the video parts each year. Natasza Zurek always was at the forefront of the charge with amazing skills in contests and videos....and a good Canadian girl to boot. Watching Annie and MFRs' video parts the last couple of years is also jaw dropping. Beside snowboard inspiration I look up to a lot of the Canadian athletes in other sports.”
"Think it, Feel it, Do it.”
____________________________
Cassandra Smith - Ontario Snowboard Association Board Member 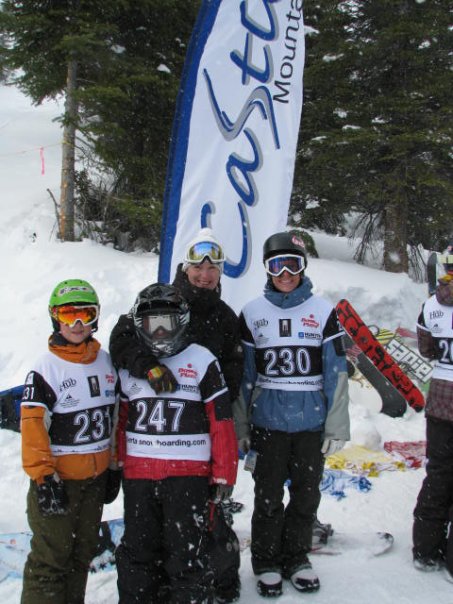 Hometown:  Debateable (my father was in the military so I spent most of my life moving around).   However, I did spend 15 years living in Banff AB where I fell in love with snowboarding, the mountains and coaching so to me that is where I grew the most and so it is the closest to a home town that I have.

Background: A friend got Cassandra involved in snowboarding. The social side kept her going; the challenge got her trying harder. She says: “Seeing a gap got me involved in coaching. But seeing growth is what keeps me here.”

The Journey: Cassandra has spent 17 years snowboarding and loves it because of what she things of as the moment. She describes it like this:  "The moment when you push yourself to do something you aren't sure of.  It's a spark in my brain and a feeling in the pit of my stommach that happens at the same time.  Most often for me it happens dropping cliffs when I am freeriding, but it also happens going bigger in the pipe, or taking a tighter line around gates.  And pretty nuch every time I hit a rail for the first time!  That moment, that feeling, that's the love for me".

Gawa presents a campaign designed to get women involved in snowboarding!