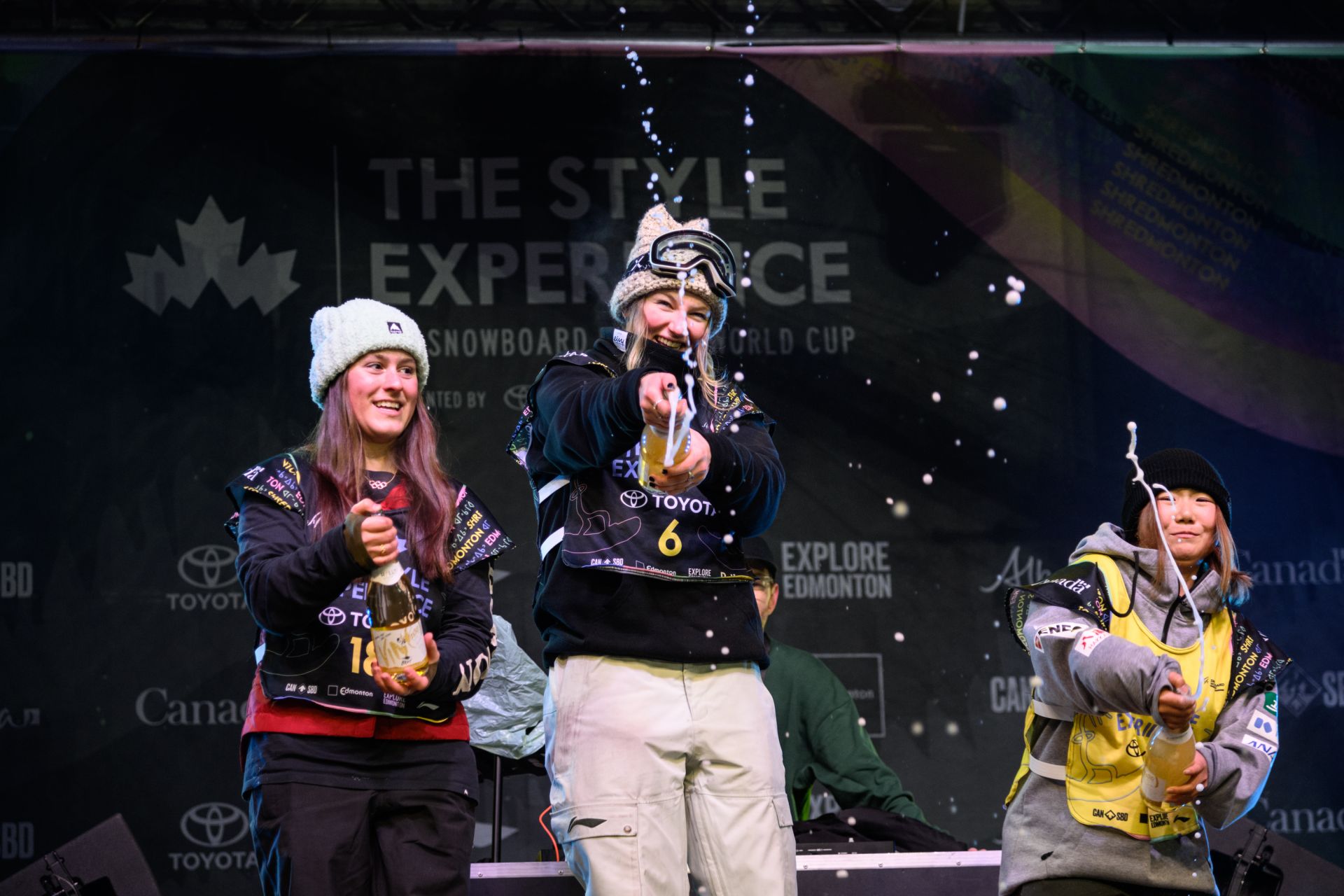 On Saturday night, on the best jump we've ever seen for a city Big Air, the seven women and 10 men of the Style Experience's finals in Edmonton stepped up in a big way, with a dizzying array of stomped tricks going down from start to finish of the competition.

Spectators were served with an incredible display of snowboarding at Commonwealth Stadium that saw the maiden World Cup victory for Canada’s own Jasmine Baird and a history-making performance for Australian wunderkind Valentino Guseli on his way to a first World Cup win of his own.

Canada’s Baird set the tone early, coming out of the gate with a cab double underflip 900 that fired up the host nation’s fans despite the chilly temperatures. The 23-year-old Canadian then dropped into her second run with a sizeable lead, and stomped an exceptionally clean, exceptionally large backside 720 weddle to lock in a two-jump score of 158.50 to head into the final run of the evening in top spot and with final-drop honours. When none of her competitors could approach her score, Baird was granted the first victory lap of her career, which she used to put down the backside 720 once again for a one-point bump up to 159.50.

“This honestly means so much to me,” Baird saw from the finish area, “First World Cup win, and to do it in Canada, with my dad here watching…this is the first time he’s ever seen me ride in person at a World Cup and I’m just so hyped that he was here for this one. To be here, with this crowd, in Canada, I’m so hyped. This is such a sick night.” 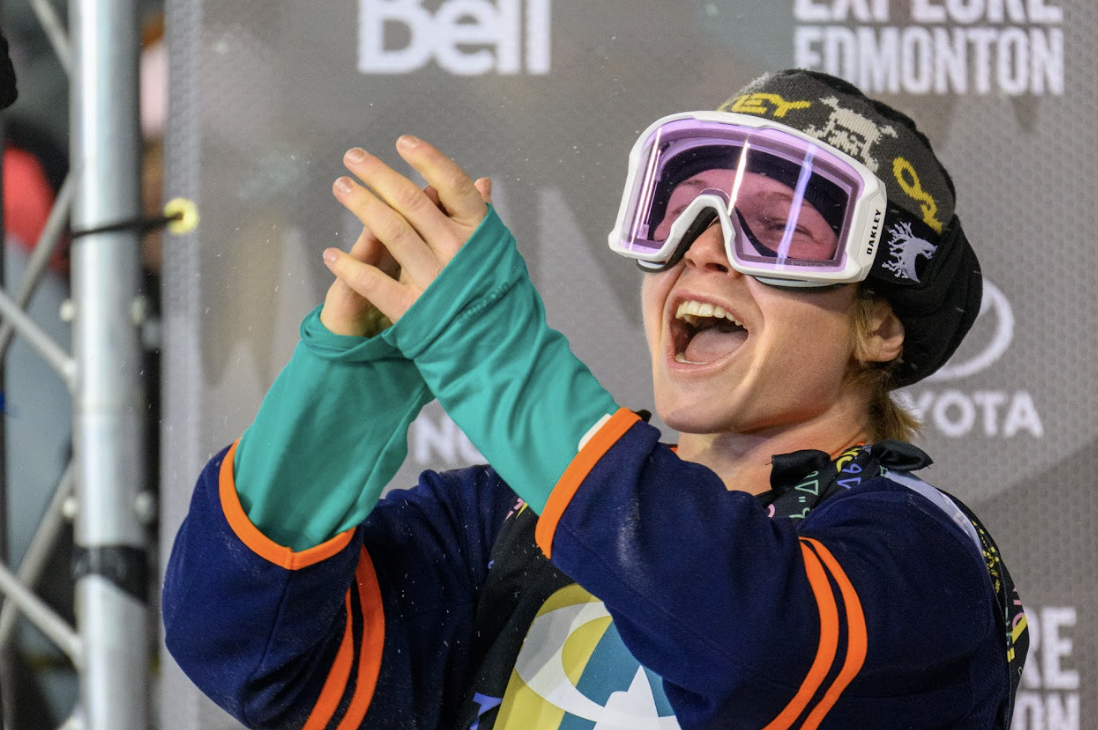 On the men's side, after taking the last season off due to an injury, crowd-favourite Nicholas Laframboise was able to put down all three of his jumps to bump onto the podium on his last run. The Quebec native landed a massive frontside triple cork 1440 weddle and a backside triple cork 1620 weddle for a two-jump combined score of 168.00 - all while rocking an Edmonton Oilers NHL jersey and hyping the crowd up in between runs.