Australia isn’t the first place that comes to mind when thinking about a high performance slopestyle snowboard camp. It’s natural to think about sun drenched beaches, wild kangaroos, and surfers, along with vast expanses of outback terrain and reptiles! It’s true, Australia has a reputation for being mellow and flat, but if you know where to go on a really good snow day, you can find it all: steeps, chutes, and powder bowls!

But most importantly, it is the home of the best jump builder in the world and friend of the Canada Snowboard family, Charles Beckinsale. The National Slopestyle Team just came back from a 2 weeks trip to the land down under and we got the feedback from 3 of the new youngsters on the team: Emeraude Maheux, Jacob Legault and Truth Smith. 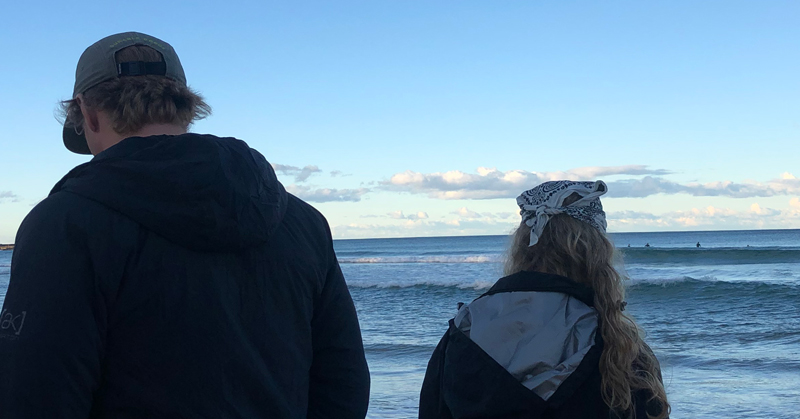 So Emeraude, how is Australia?

We see deer every morning and then kangaroos! You get up in the morning and there are kangaroos everywhere, it’s crazy.  That motivated me. We had pow, super beautiful conditions. I love Thredbo, even if it's not high, it's so wide and the parks are really well built.

It's not new, you are a shy person, how did you manage it during your first trip with the team?

Living together really helped. Being with everyone 24/7, I had no choice but to get to know everybody. I know Jacob and Nic well, they are like brothers, so that helped.

We would get up really early and head straight to the mountain. We'd start with a little warm up and then ride the jump for about 4 hours. After that, it was up to us to decide if we wanted to pratice tricks on the Airbag or not. I was mostly doing recovery.

Speaking of the Airbag, did it help you to be able to switch from airbag to snow and vice versa?

I had already done a lot of air bags at Maximize in Quebec. I was able to do the switch back 7 on the airbag, which allowed me to be less afraid and to land it on snow. 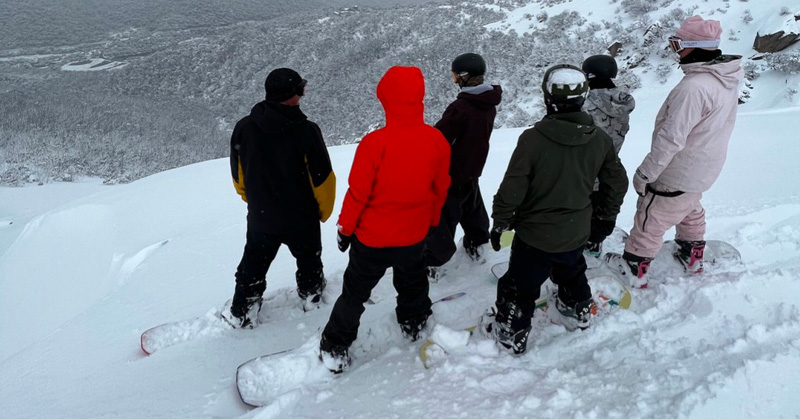 How was the jump built by the one and only Charles Beckinsale? Is this the first time you've ridden one of these masterpieces?

The jump was stressing me out, it was the biggest one I've ever ridden. My only point of comparison is the jump he built in Yukon last year, but once I jumped it, I didn't want to stop. It was so smooth.

What did you land or at least, were planning on landing?

I had a call with the coaches before I left and I didn't want to put any pressure on myself, I just wanted to do straight airs but I found the jump so good that I did my front 7s and front 9 doubles right away. I didn't land anything new, but I'm happy with what I did.

Fresh, I saw the videos, good job. What are you most proud of from this trip?

I landed a switch back 3 and I'm stoked I did it. I'm the only girl who did it. It's not a massive trick, but the rotation is pretty complex on such a big jump.

If I'm not mistaken, you attended a little Rail jam at Thredbo. Tell me more?

Yes, Tess (Coady) and Zoi (Sadowski-Synnott) were there too. We put pressure on ourselves because of their presence, but in the end they were really laid back and we had a lot of fun.

Speaking of big dawgs, you are sometimes compared to Laurie Blouin. What was it like to ride with her?

I watched Laurie my whole childhood, so it’s cool after all these years to ride with her. We have a different style. I think it's nice to be able to watch her. She inspired me to do the front 9 double. I don't have any pressure to be that good, but I do get a lot of inspiration from her riding.

And who really impressed you during this camp?

Nic Laframboise really impressed me, it was the first time that he came out since the accident with his knee. He did his triples. I'm really close with Nic and I love to see him push, even when he's tired. 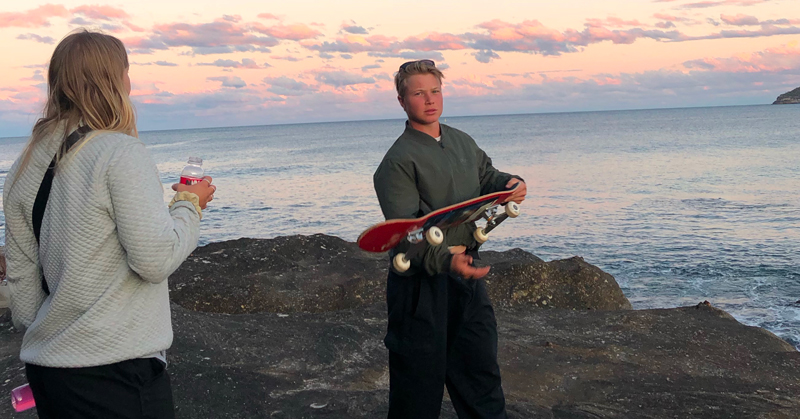 Emeraude is a french name and it’s hard to pronounce in English. Did the team have nickname for you?

In Quebec, people call me Momo. Nic and Jake were already calling me Momo, so the whole team started calling me that but it doesn't sound any better in English. Darcy decided to call me M and the others followed.

Your favorite moment of this trip?

The double front 9 is my highlight, it was a nice feeling to be able to put it on the snow on my first trip. Otherwise, the first day we went surfing with the whole gang and it was an epic moment.

You're on the World Cup circuit now. What can we expect from you for the upcoming season? What would you like to land during a World Cup?

I'm working a lot on my front 10 doubles and my switch back 9's, I would love to land it in Saas Fee. I'm really looking forward to it, I'm excited to see new people and get compete on the world cup circuit. I'm also with Juliette (Pelchat) and she's also a first timer. To live this together is incredible.

Make sure you don't miss M's first performance at the Big Air World Cup in Big Chur, Switzerland on October 21 and 22.