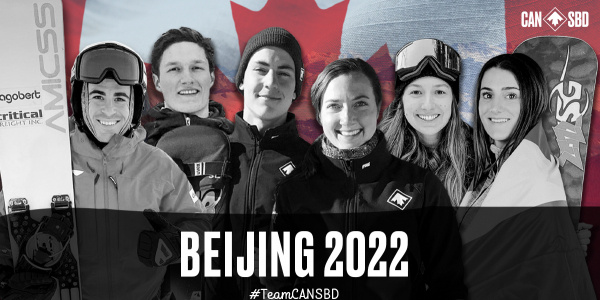 Following an internal appeal, Team Canada has now filled all of its allocated Olympic quota spots in snowboard. These four athletes join Megan Farrell (Richmond Hill, Ont.) and Arnaud Gaudet (Montcalm, Que.) who were nominated for the parallel giant slalom event on January 19.

"I am thrilled to be joining the 2022 Canadian Olympic Team heading to Beijing,” said Kaylie Buck. “I am at a loss for words to describe this feeling as it has been a long road to get here. The past few years have thrown challenges our way that we never expected to have to face. Through the highs and lows of both successful and challenging competitions, as well as the pandemic, I am proud to say I made it! Through it all, my family and friends never stopped supporting me, even from the distance the pandemic created, and I couldn’t be more grateful for all of them! Although alpine snowboarding is an individual sport, I am thankful to have the absolute best team behind the scenes who have helped me from the beginning! I cannot wait to compete at the Games and represent Canada.”

"I’m beyond excited to be named to Team Canada for the 2022 Beijing Olympics," added Sébastien Beaulieu. "It’s cliché, but a lot of sweat, blood and tears went into this and I can’t wait to go out there and battle for a medal on February 8."

Team Canada’s Beijing 2022 snowboard team will now include 23 total athletes and has more female athletes than any other Canadian Olympic snowboard team.

The four athletes are joining 19 teammates who were nominated earlier this month. The 12 female athletes are the most-ever on a Canadian Olympic snowboard team.