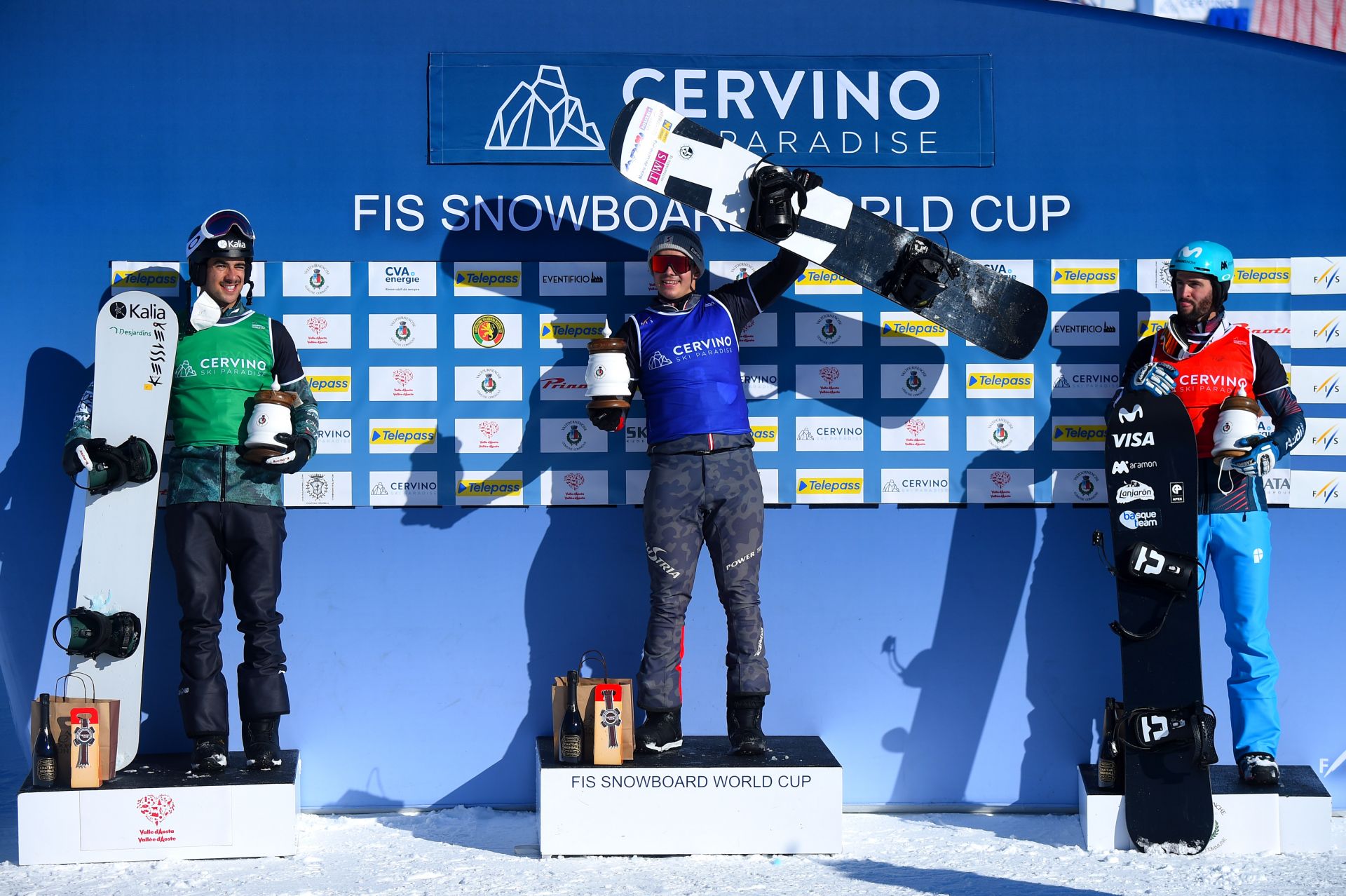 Cameron Bolton (AUS), World Champion and quali winner Lucas Eguibar (ESP), Canadian Eliot Grondin and Jakob Dusek from Austria made it into the big final and last heat before Christmas.

Dusek was so fast out of the gate of the big final that he immediately was able to get into the lead with the Junior World Champion 2021 Eliot Grondin right behind him, who tried to do the first passing move going into the left turn on the inside line. But, after this turn, immediately a right turn follows, which was good for Dusek, who then was on the inside line, closing the door on the guys behind him.

The heat was a pretty close pack, nevertheless, World Champion Lucas Eguibar was sitting in fourth position for most of the time until he finally made a pass on Cameron Bolton, edging him off to the last spot.

In the front, Grondin still tried to pass Dusek, but the Austrian simply wouldn’t let him get by. Dusek kept his focus and did some really solid racing, chosing the best lines, making the best moves until the very finish line, claiming his first-ever World Cup victory and only his second career podium (first one was a second place in Big White (CAN) in 2020.

“It’s unbelievable, it’s the first victory for me and it feels amazing. It was super fun to race today and the weather was just perfect. Unbelievable,” a super happy Jakob Dusek said with a big smile on his face.

The World Cup leaders did not end up on the podium today, but Charlotte Bankes (GBR) has still 209 points on her account, so she stays in the lead on the women’s side. Moioli however gained a solid 100 points today, so she jumped up to second position in the ranking and is only 23 points behind the World Champion.

As for the men, Alessandro Haemmerle, who had a crash in the semi finals ended up winning the small final and therefore gained enough points to enlarge his margin to 245 points, with now runner-up team mate Jakob Dusek sitting in second spot with 166 points.

We say “mille grazie” to the organisers of this competition, it was fantastic to be back here! Now it’s time to drive home for Christmas to enjoy some quality time with the families, eat way too many cookies, get some presents and a good portion of rest, before we head to Siberia at the beginning of next year, where we will open the New Year with back-to-back races in Krasnoyarsk (RUS) on January 8 and 9. 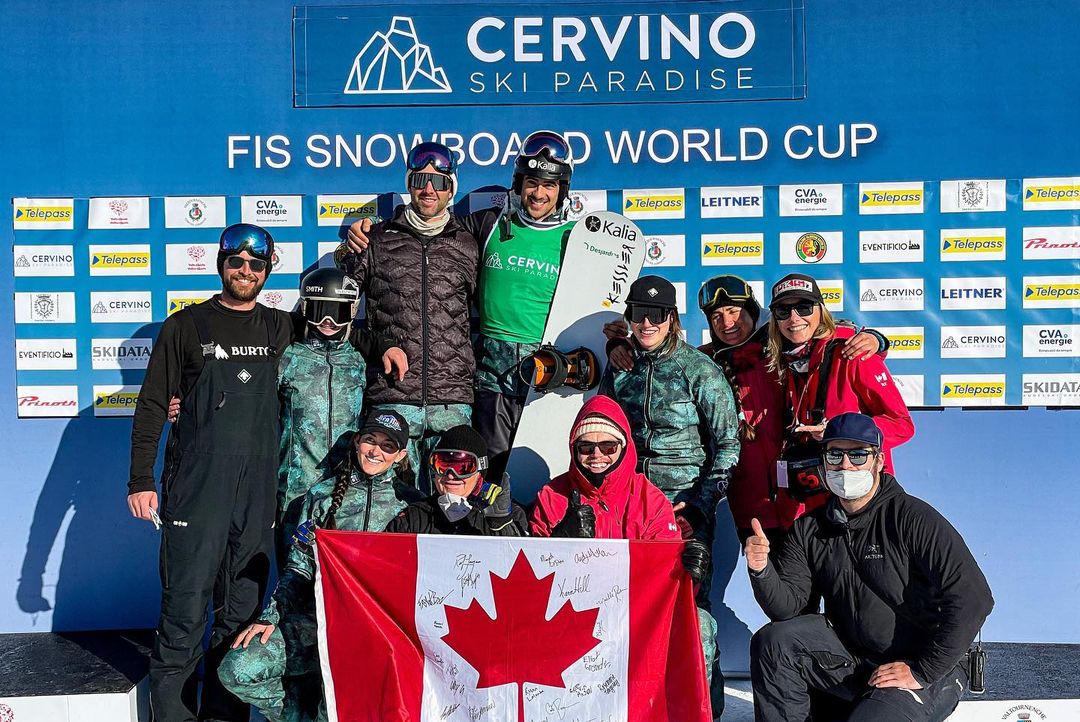 Big White's own Tess Critchlow jumps into the Top 10 with an impressive 7th place in the Cervinia! In the end it was Michela Moioli who took the win in the big final.

Belle Brockhoff (AUS), the US double pack Faye Gulini, and Lindsey Jacobellis and title defender from 2019 Michela Moioli (ITA) were up at the start for the big final of the day.

Throughout the entire competition and in every heat you could see that Moioli was here for one purpose only and that was to take the win. Over the start section and out of the gate, the Italian title defender shot out like a rocket with both American coming at her from left and right side. Especially Faye Gulini was fighting Moioli already in the first turn, to take the quicker line, but Moioli did really fight like a tiger to defend the first spot.

Over the next roller section, Moioli and Gulini were still super tight with Jacobellis just on their tails. But Moioli then took the inside line going into the next turn, winning enough speed to get a little bit in front. Meanwhile, that’s when Belle Brockhoff made the passing move on Jacobellis to get in third position.

But Gulini and Moioli still weren’t done fighting for the top spot. They both approached the final kicker and it looked as if the Italian made a longer jump and then just went full gas into the finish, edging off Gulini into second place, which had to be verified by a photo finish, because it was so tight.

“I can’t breathe, because I had a lot of pressure on myself after the last races, which didn’t exactly go as I had hoped. And racing in Italy is amazing, my whole family is here, I really race for them and for my team. I knew that on this course I could get a good result, so I tried really hard. And in the big final it was a fight, but I am a fighter and now I am really happy. I really needed this victory,” a relieved and happy Moioli commented after the race.