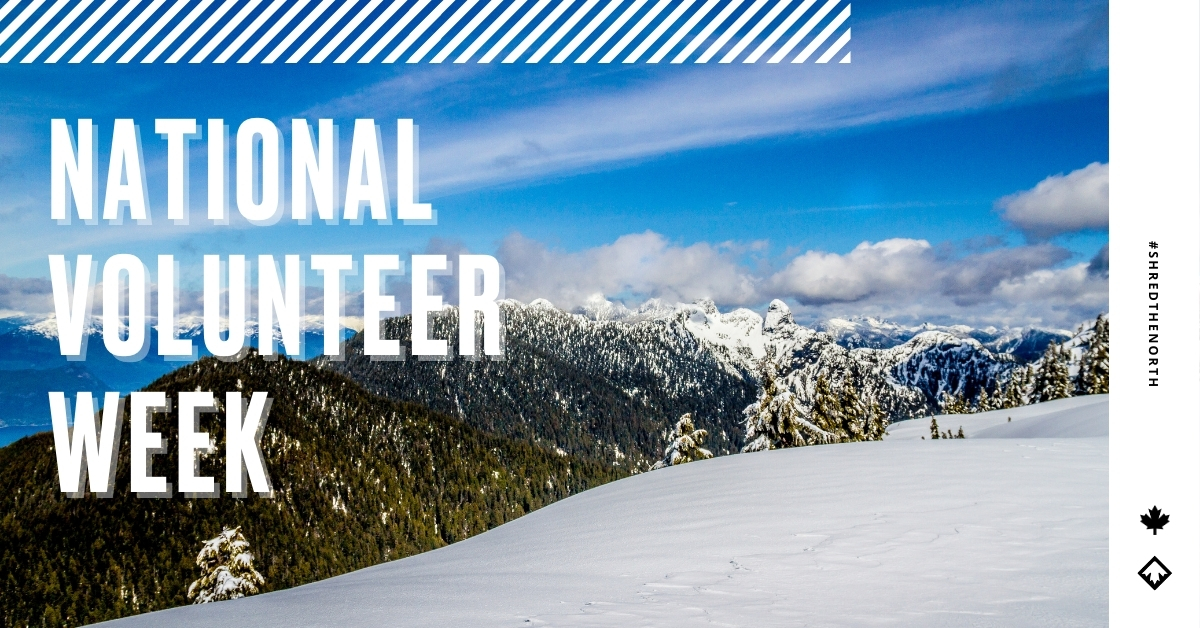 This week is National Volunteer Week and we would like to celebrate the thousands of volunteers who make snowboarding happen across the nation.

Canada Snowboard would like to pay special tribute to one individual; Craig Hurst, for his tremendous support over the years. Craig is a longstanding member of the CS officials committee and was most recently in charge of all the volunteers at the 2020 FIS Alpine Snow TKO PGS World Cup in Blue Mountain, ON. After 18 years of dedication to the sport as an Official and Technical Delegate, he recently announced his retirement.

From all of us at Canada Snowboard, from all the snowboard community and everyone you have helped over the years; THANK YOU words are not enough to express our gratitude!

When and how did you start getting involved in snowboarding? (Volunteering, officiating, TD etc.)

I was a Special Olympic and Paralympic alpine ski coach when my eight-year-old son Dave started competing in alpine snowboarding. When I went out to his competitions, I didn’t like standing around outside the ropes so I offered to be a gate judge. The next thing I knew Dave was becoming a very successful boarder and I became the Chief of Gates. I eventually wrapped up my coaching in order to be at all the snowboard competitions.

That started an 18-year “career” as a volunteer and official with Ontario Snowboard, Canada Snowboard, and FIS.

What are you the proudest of from volunteering over the years?

What’s your best memory from/during volunteering at a snowboard event?

Oh my, what a tough question. There have been so many.

The one I probably talk about the most was when completing my Technical Delegate certification at a World Cup at Cardrona in New Zealand. There were about 100 people from all over the world on the Slopestyle course that day – athletes, coaches, and officials. Three of us were from Ancaster, Ontario, a half a world away – Brad Martin, Mikey Ciccarelli, and me. What are the odds? 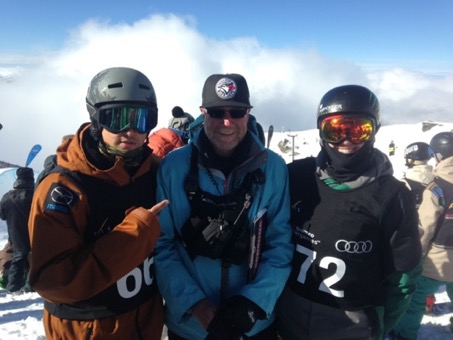 Three shredders from Ancaster, Ontario halfway around the world

Favourite snowboard event you volunteered and why?

Searchmont Ski Resort, SBX, 2012 – it was the first time in anyone’s recollection that a FIS/CS sanctioned snowboard event had been held in Northern Ontario (Sault Ste. Marie). The whole town was pumped for the event, making the news every night. This was entirely new for the athletes and officials which made the event challenging. It was most gratifying to see the sport growing enthusiastically though, especially amongst the athletes. Thanks to great help from another Ancaster guy, coach Cam Farrell, for helping pull it off.

Stoneham/Quebec City, World Cups in all disciplines, several years but especially 2014, a couple of weeks before the Olympics in Sochi – these events were truly a Snowboard Festival. The feature was always the Big Air competition in downtown Quebec City, but the best action was a Stoneham. We held a World Cup halfpipe in a torrential downpour (ask O’Brien) and a nighttime Big Air at -40C with a bone freezing head wind. These events were super fun and we got to know the global snowboard community so well. 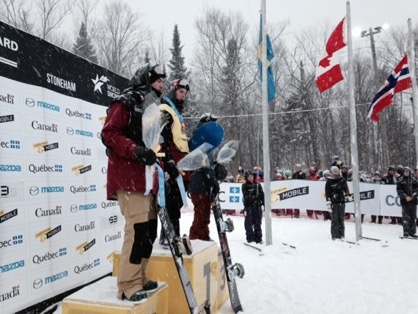 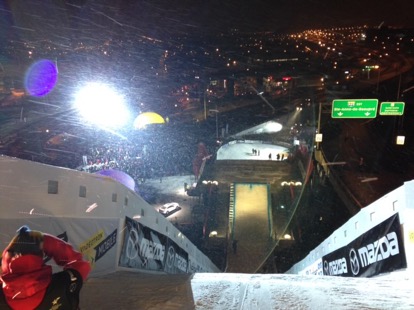 The view from “my office” at the Big Air.

The funniest times came at the end of a long competition and the officiating crew was able to kick back and relax. As the saying goes, “What happens at Big White stays at Big White”, but Flynn, Cathy, Nickie, Tim and a few others know what I mean. Great times at a great mountain. 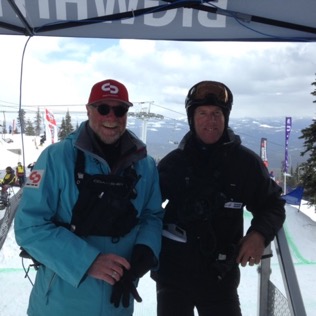 Jeff Grell (TD from California) and I became amazing friends at the top of Big White’s SBX course.

I’ve always known that you always get back more than your give when you volunteer with great organizations. That’s certainly been the case during my time with Ontario and Canada Snowboard.

Nine years ago I was involved in a serious car accident in which I was severely injured and my wife was killed. As devastating as that was, I survived and ultimately succeeded because my Canadian snowboard “family” rallied around me and gave me the strength I needed. That support has never gone way. I have been honoured and blessed to have been part of this community.

From the bottom of my heart – THANK YOU! 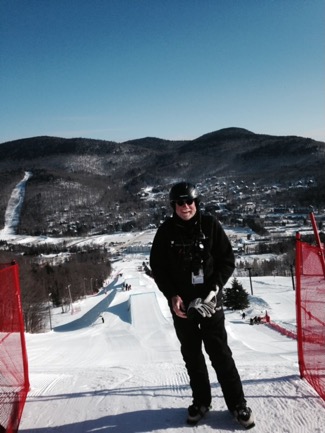 To Craig Hurst and all the volunteers around the nation thank you for all your time and hard work!