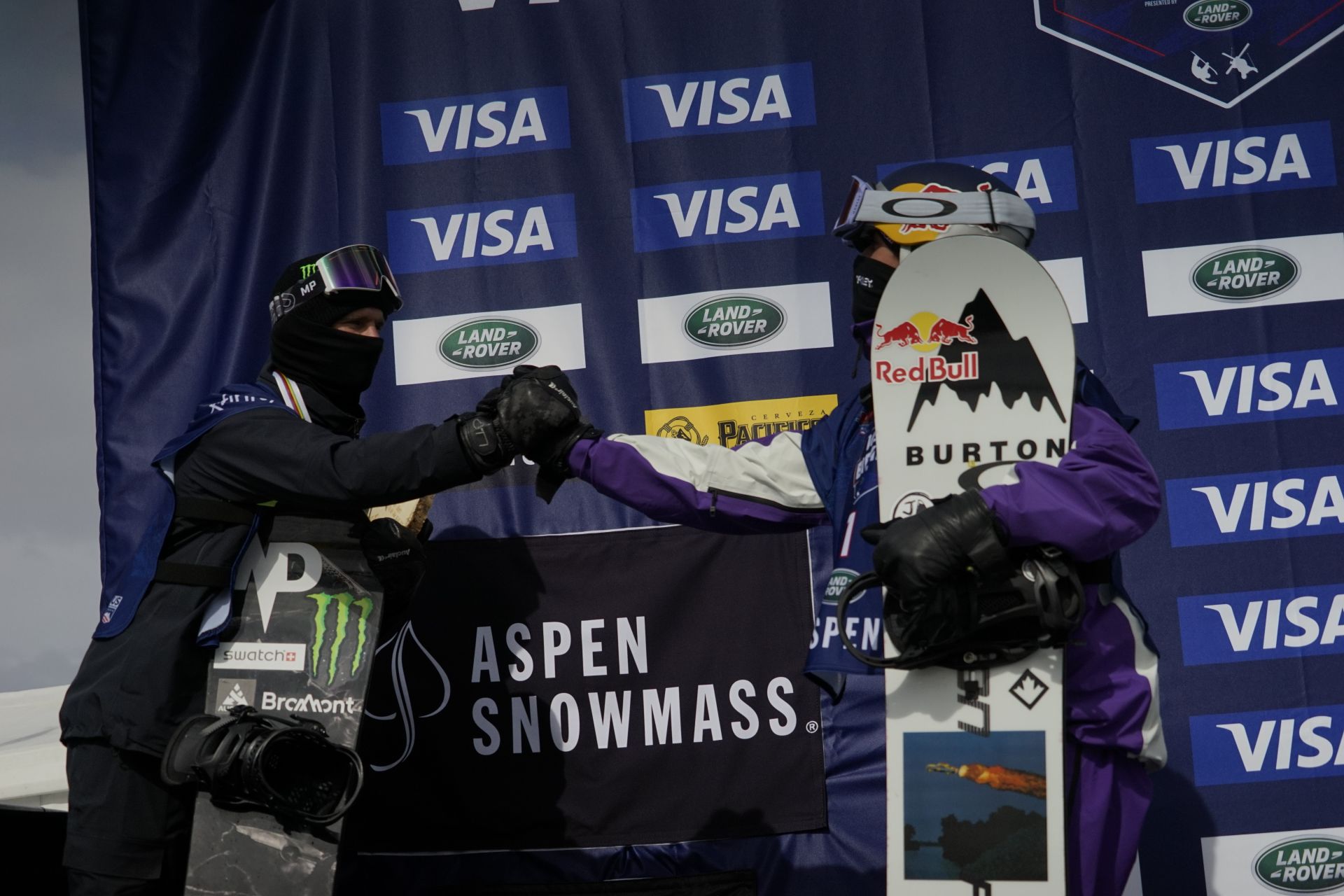 An elite field of riders took to the cloudy skies in the World Championships Big Air event in Aspen, CO today. The snowfall and low-light conditions didn’t put a damper on the level riding – even the slightest. With the 2022 Winter Olympics only a year out, riders are battling it out on a hunt for FIS points in a race for Olympic selection. Needless to say the pressure was on and the level of riding was elite.

“I feel honoured to stand on top of the podium for Canada. They claimed that this is the first time in the men’s that a Canadian has won this event, so it is a true honour, and I am glad with the way I rode today. Congrats to Laurie and Max to their amazing performances as well!” – Mark McMorris, 2021 Big Air World Championship Gold

Max Parrot (Bromont, QC) earned silver with an frontside triple cork 1620 and mirrored that on his last and final run with a cab triple cork 1620 indy grab for a total score of 178.25 jumping him into silver position and bumping competitor Marcus Kleveland (NOR) from silver to bronze.

“I am happy to end the Big Air season on the podium. It was a bit of a weird day today. We had snow, we had wind, then we had no wind and then we had sun so it was hard to adjust to the speed. My goal was to land the cab 18 on the second run to take the top spot but unfortunately I couldn’t land it so I went a little bit safer for the third run just to make sure I ended up on the podium, which worked out . So I am really happy about my strategy in the end.” – Max Parrot, 2021 Big Air World Championship Silver 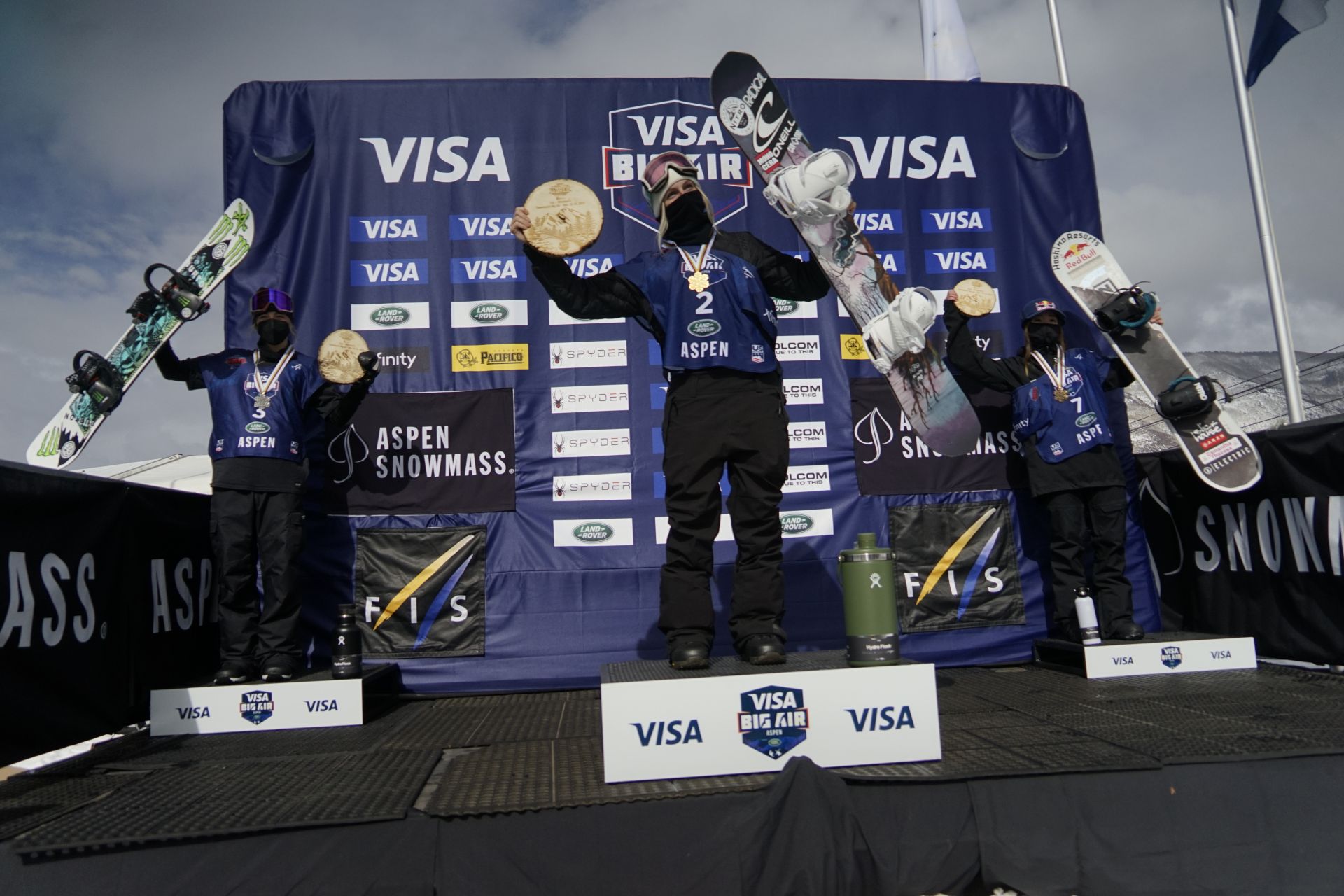 Laurie Blouin (Stoneham, QC) claimed the top spot with a combined score of 177.75 bumping Zoi-Sadowski-Synnott (NZL) out of the lead into silver after performing a unique front double cork 1080 weddle and tail grab combo on her first run, and backed it up with a cab double cork 1080 indy on her 3rdand final run. Japan’s Miyabi Onitsuka (JPN) put down some very impressive runs including a 1260 to take the bronze.

“I feel pretty good. I was really happy to land my 2 tricks clean! Didn’t think I would win gold honestly but yeah pretty happy on how i rode and stoked for all the girls!!” – Laurie Blouin, 2021 Big Air World Championship Gold

The athletes will remain in Colorado for an additional slopestyle World Cup this week, where Olympic selection ranking points remain on the line, especially on the Men’s side which again looks to be one of the most highly contested team spots in the World.