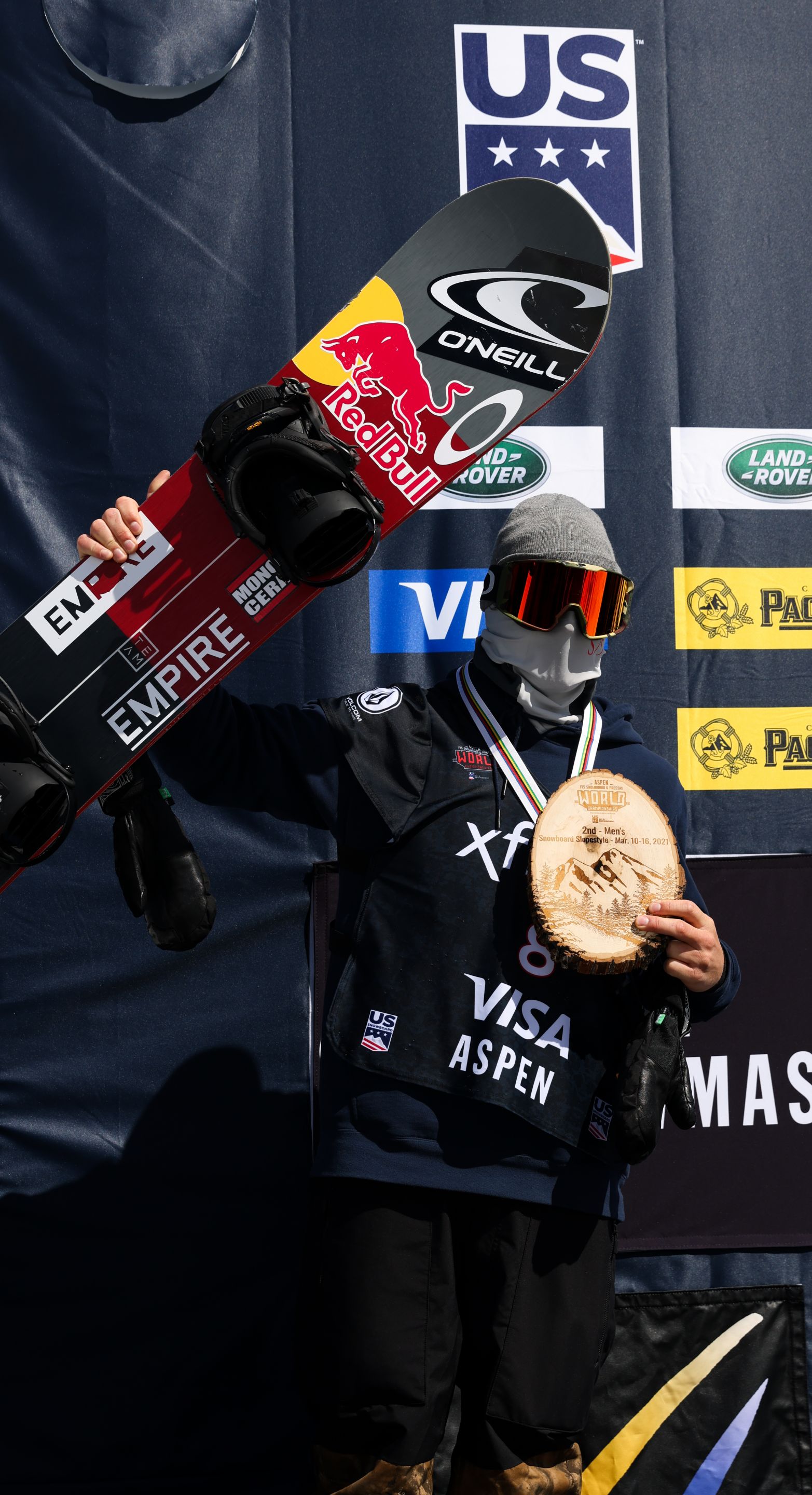 In a little place called Aspen; Olympic Big Air Gold Medalist from 2018, Sebastien Toutant or Seb Toots as he’s affectionately known, stomped a solid run to take second place in his first ever appearance at a FIS World Championships.

During the qualification round on March 10th the weather was a box of chocolates, where riders just didn’t know what they were going to get from run to run, got the best of a number of favourites including superstars Mark McMorris and Laurie Blouin, and rising star Liam Brearley amongst others, leaving only Max Parrot and Seb Toots moving on into today’s finals.

The finals weather looked perfect for the event today under sunny skies on the course recognizable as the same run used for X-Games. Seb’s best run scored 84.53 from the judges, and included a technical rail section, where Seb continues to push the envelope for both progression and style.

A switch backside 270 lipslide, cab 270 in 270 out and front board 450 out may sound like complete nonsense to the average fan, but for those that can decipher it, it’s a serious set of tricks. His rail section set him up for the triple jump line where he stomped a clean cab 1260, followed by a frontside 1080 and a backside 1440 on the money booter to finish. Top spot went to Marcus Kleveland (NOR) scoring 90.66 with Rene Rinnekangas (FIN) narrowly being edged out by Seb by two one-hundredths of a point, scoring 84.51 rounding out the podium.

The result is an important one for Toutant on the path to trying to qualify for one of the most competitive Olympic teams; Canada’s men’s slopestyle / big air team for the 2022 Beijing games.
Fellow Canadian Max Parrot finished the day in 6th overall with a score of 78.60 and should be looking forward to the Big Air event as the top ranked competitor in the World currently in Big Air, where Qualifications drop March 14 and finals March 16.

Tomorrow will showcase Canadians Derek Livingston and Elizabeth Hosking are the two Canadians making finals in Halfpipe at the World Championships.
Watch the rest of the events live on CBC’s streaming platforms.

To arrange for an interview or make a media request please contact: