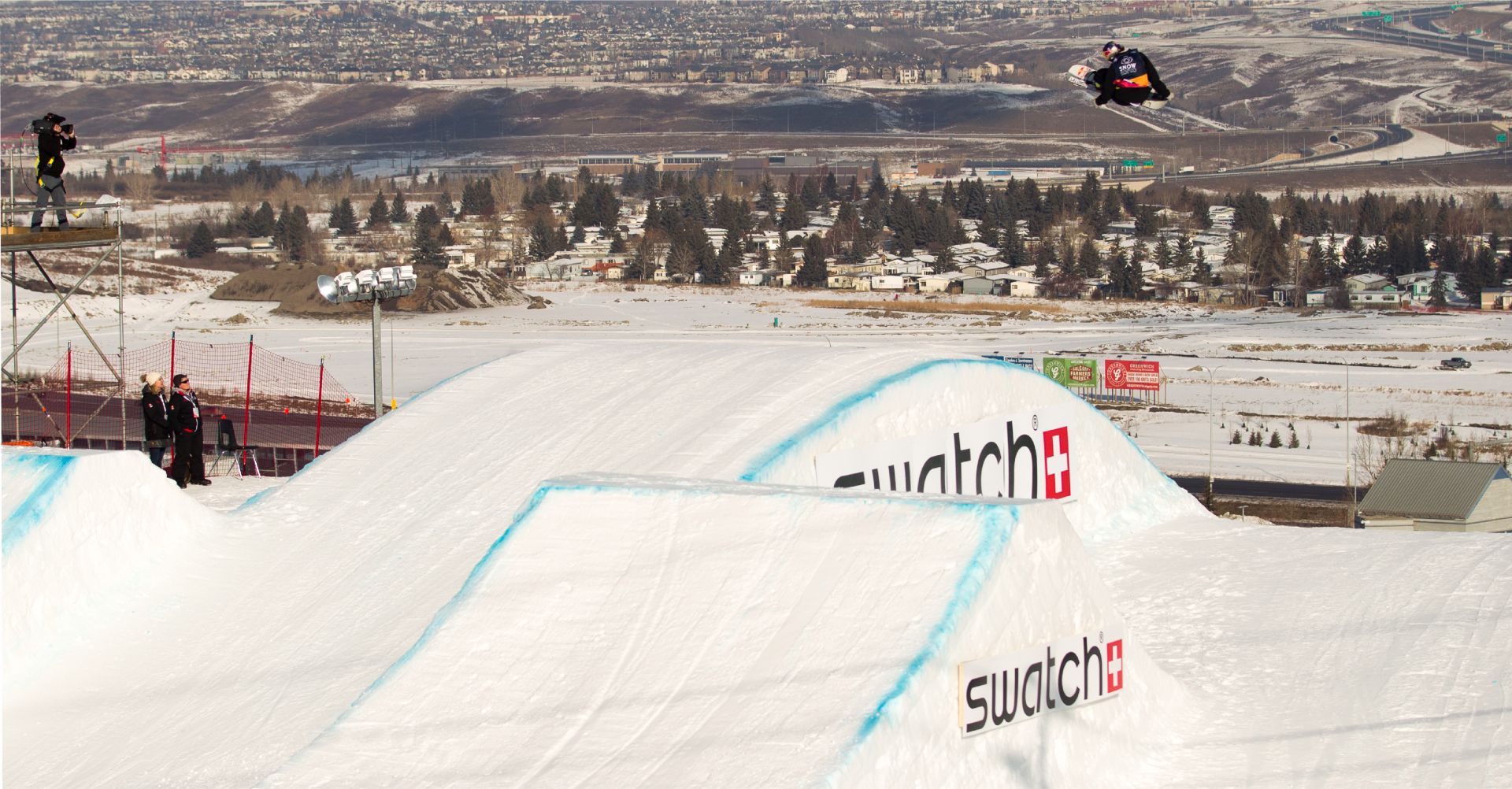 Vancouver (March 11, 2021) – Canada Snowboard, the governing body for competitive snowboarding in Canada, and home to some of the World’s best riders, and Swatch, the watch brand that has been involved in snowboarding for decades, announced today their official partnership for the next two years.

Swatch has collaborated with Canada Snowboard to create a limited edition, one-of-a-kind dedicated watch, available now on the Canada Snowboard store and Swatch stores online and in retail across Canada. All proceeds from the watch sold on Canada Snowboard’s store go to support snowboarding programs in Canada.

The timepiece dubbed ‘Downhill Sideways’ is unique and individual, akin to the spirit of snowboarding. This timepiece pays homage to the roots of snowboarding, and your purchase of it contributes to the future of it here in Canada. The pattern is inspired by our roots in the sport, showcasing emblems of jumps, halfpipes, race gates and carving lines. The colors are a throwback to Canada Snowboard’s history of the bright apparel of the 80’s and 90’s. Snowboarding is more than just a sport, it’s a culture and a lifestyle. 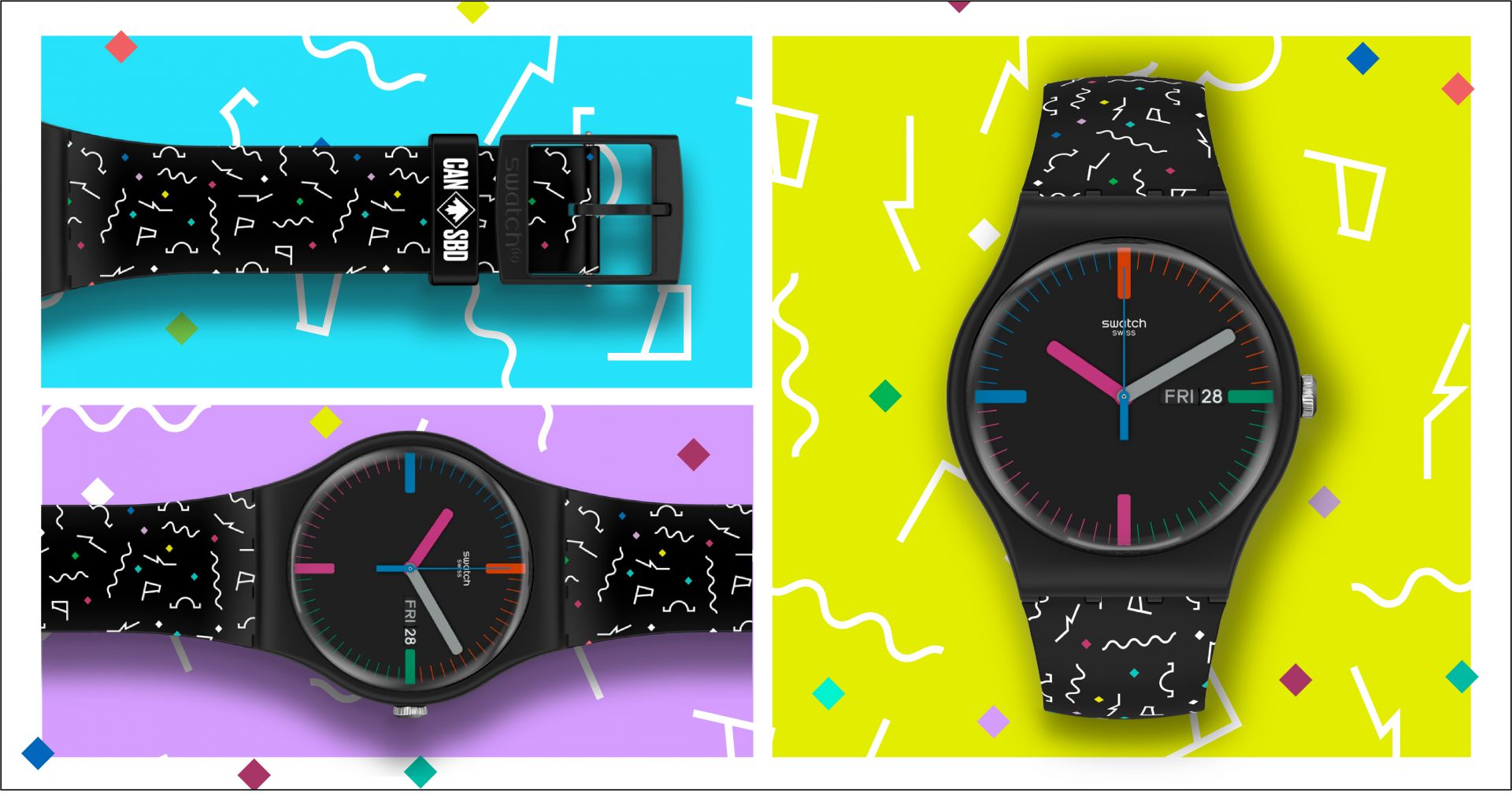 Brendan Matthews, Directors of Business Operations for Canada Snowboard commented on the official partnership “It’s a natural fit with our brand. Swatch has been a proud supporter of snowboarding, from events, to tours, to athletes for years. With the projects we’ve got lined up together for the remainder of this winter, and for years to come, we’re confident that when the global landscape lets us get back to running events, we’ll be able to bring them back with a new outlook thanks to great partners like Swatch.

About Swatch
An iconic provocative timepiece that saved the Swiss watch industry, thanks to its visionary founder Nicolas Hayek.  Colorful, happy, loud, shrill and forever re-interpreted in different ways. Swiss Made and, thanks to industrial production and only 51 parts, available at a democratic price. Since the “second watch” was born in March 1983, hundreds of millions have been sold. In a very short space of time Swatch has become one of the most famous brands in the world – and all the while remaining true to itself. On average, a new Swatch design is created once every one-and-a-half days, keeping time as part of a Spring-Summer, Fall-Winter or as a Special Collection.

Known for revolutionary concepts, creative models and the pleasure it takes in provocation, Swatch loves to keep on surprising its audience. Swatch watches are a popular canvas for artists working in a great range of styles, and arguably the world’s largest art gallery on the wrist. The Swatch Art Peace Hotel in Shanghai offers (artistic) freedom for artists-in-residence from all over the world. With its commitment to niche sports and the Swatch Proteam, the watchmaker has paved the way to popularity for disciplines like Freestyle Skiing, BMX and Drone Racing. But be careful – Swatch is addictive: Swatch Club numbers several hundred thousand members.

About Canada Snowboard
At Canada Snowboard, we believe that embracing the culture of snowboarding combined with a commitment to excellence is the foundation of who we are. Performance is built from the ground up from a rider’s first event to the highest level with an athlete-focused approach to training, programs and coaching. Our athletes are amongst the best in the world, and our goal is to continue to provide them the means to achieve their goals. We are the national governing body of snowboarding in Canada.