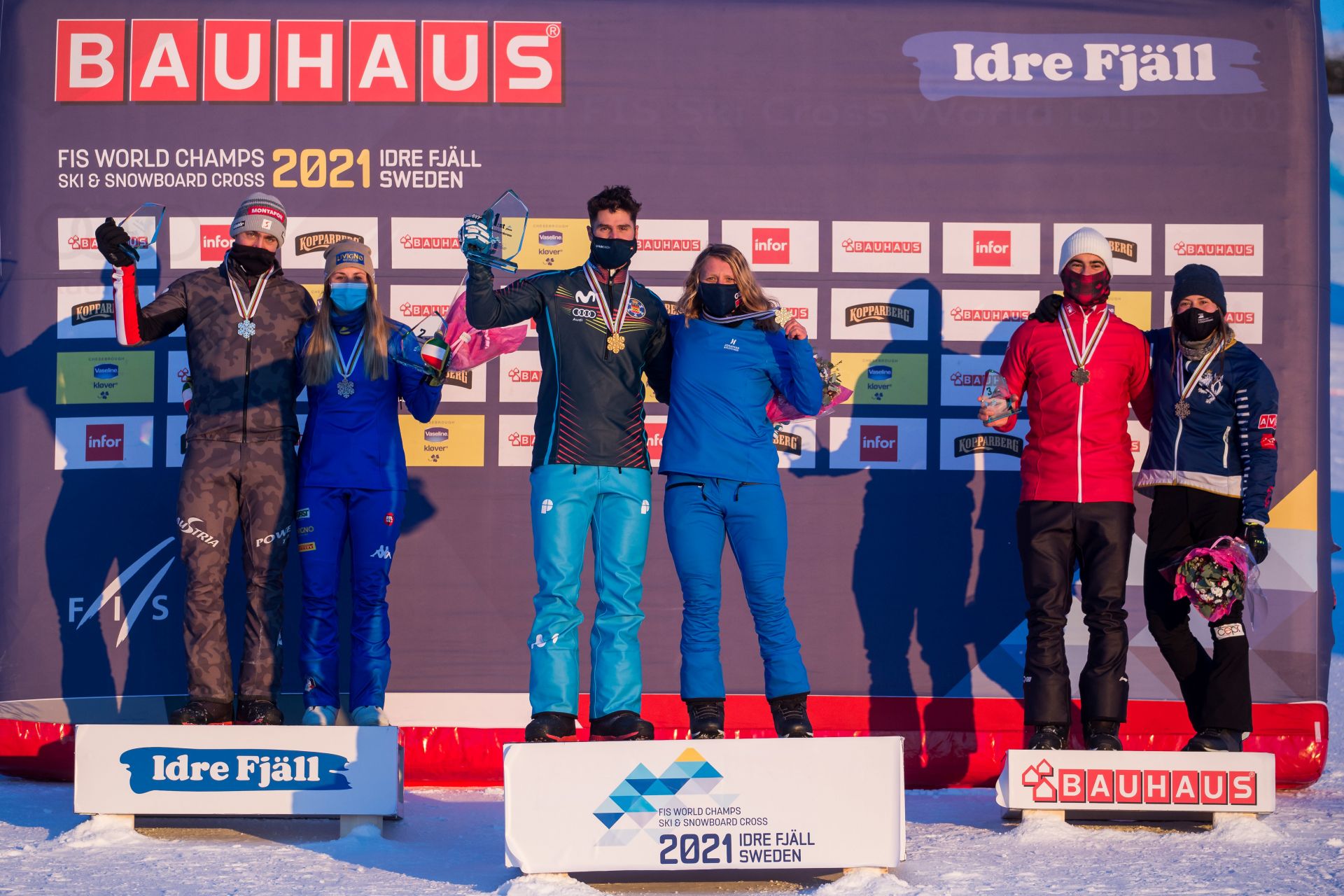 Early this morning (Feb 11th), Éliot Grondin from Sainte-Marie, QC nabbed the bronze medal in the Snowboardcross World Snowboard Championships in Idre Fjall, SWE. The emerging snowboardcross star earning his second podium of the short season so far. A podium at the World Championships, an event held once every two years, is a career first for Grondin.

The final heat was a big matchup between international riders and an outcome no one saw coming until almost the bitter end of the race. Lucas Eguibar (ESP) who was sitting in 4th for the majority of the race surprised everyone when he closed the gap near the finish to take the win, surpassing Jakob Dusek (AUT) – who finished 4th- and edged out Alessandro Haemmerle (AUT) – silver -, and Grondin (CAN) – bronze - for a tight photo finish, winning the gold.

This was a big day for the Canadian finalists Meryeta O’Dine(Prince George, BC) – 14th -, Liam Moffatt (Truro, NS) – 8th-, Kevin Hill (Vernon, BC) – 15th - and Éliot Grondin (Sainte-Marie, QC) – 3rd - as they charged their way through a heavy field at a World Snowboard Championships and for Moffatt quite the achievement in his first career start at a World Snowboard Championships.