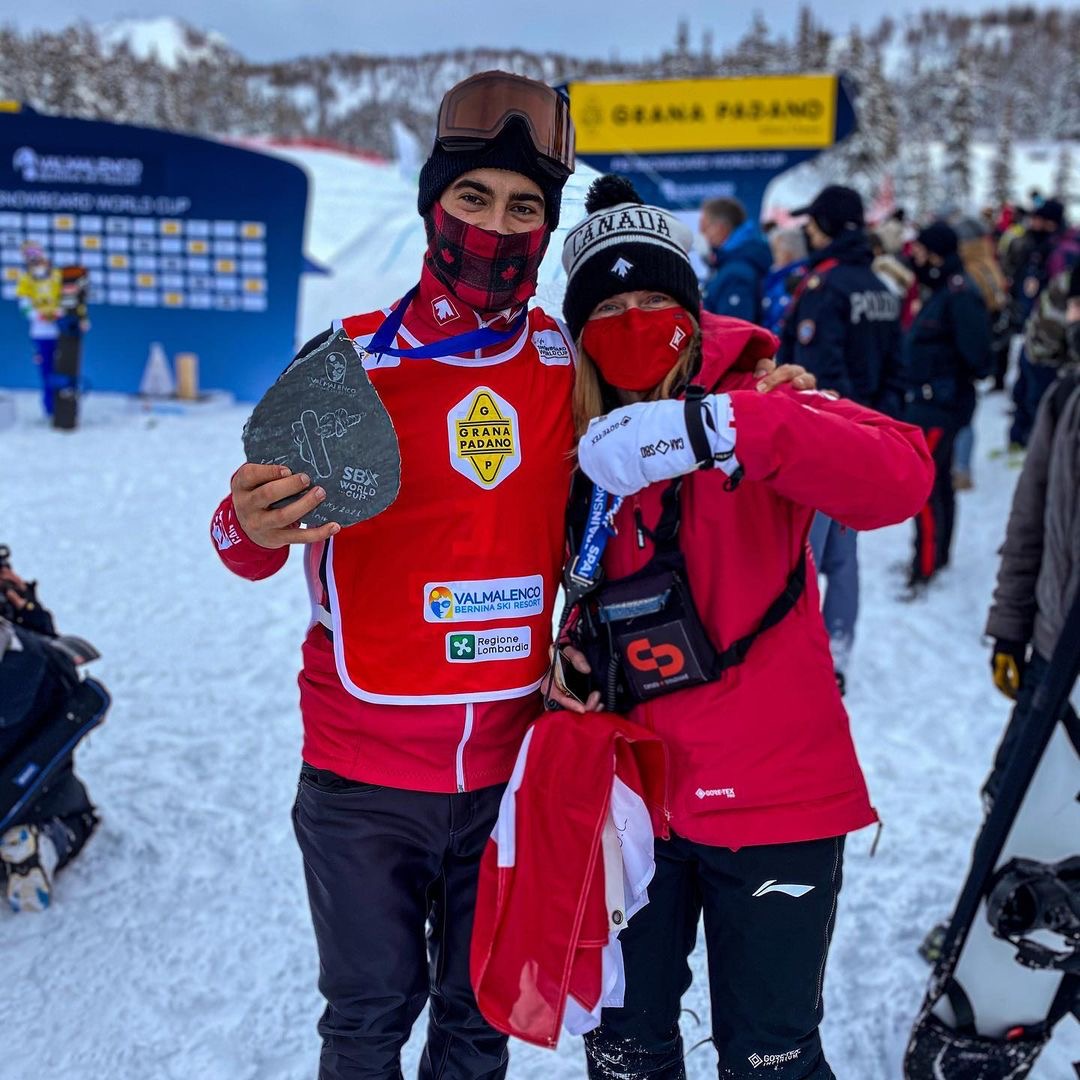 SNOWBOARDCROSS​​
The first snowboardcross World Cup of two, held back-to-back in Chiesa in Valmalenco Italy was one for the books. Canada’s Eliot Grondin from Sainte-Marie, QC was up against some the World’s heavy hitters including Glenn Blois De (NED), Lorenzo Sommariva (ITA), and Hagen Kearney (USA). From the moment the gates dropped, the riders battled for the early lead and raced through the most technical section of the course where Grondin overshot a whoop and lost momentum – costing him his speed pushing him into 4thplace territory. It was like he had secret throttle button and as quickly as Grondin started to fall short of the pack he recovered and charged the remaining rollers, whoops and table top jumps like a bat out of hell. He passed two competitors into 2nd, where a neck-and-neck battle for gold ensued. In the end Glenn Blois De (NED) edged out Grondin to take the gold, Eliot Grondin (CAN) with silver and Lorenzo Sommariva (ITA) captured bronze.

Meryeta O’Dine (Prince George, BC) was the top Canadian among the women’s SBX field with 17th.

Moving into the second PGS race, Eliot Grondin (Sainte-Marie, QC) made it to the small final achieving another top 10 where he placed 8thamongst the fierce competition.

It was Zoe Bergermann (Erin, ON) who remained on top for the Canadian women in the second race making it to the quarter finals and finishing in 9th.

HALFPIPE & SLOPESTYLE
In Switzerland, the Laax Open was host to Slopestyle and Halfpipe World Cups this weekend as well.

In slopestyle it was Laurie Blouin (Quebec, QC) among challenging conditions to take the top spot with an impressive run involving a crippler 540 indy grab off the shark fin jump, stylish front cork 540, followed by a cab double cork 9 weddle grab that put her in 4th.

No Canadian men competed in slopestyle as a result of 2 positive cases of Covid-19 within the men’s SS team happened the morning of qualifications. Due to the timing of the positive test and qualifications starting, the men’s team were not able to compete due to needing to do another test and contact tracing. 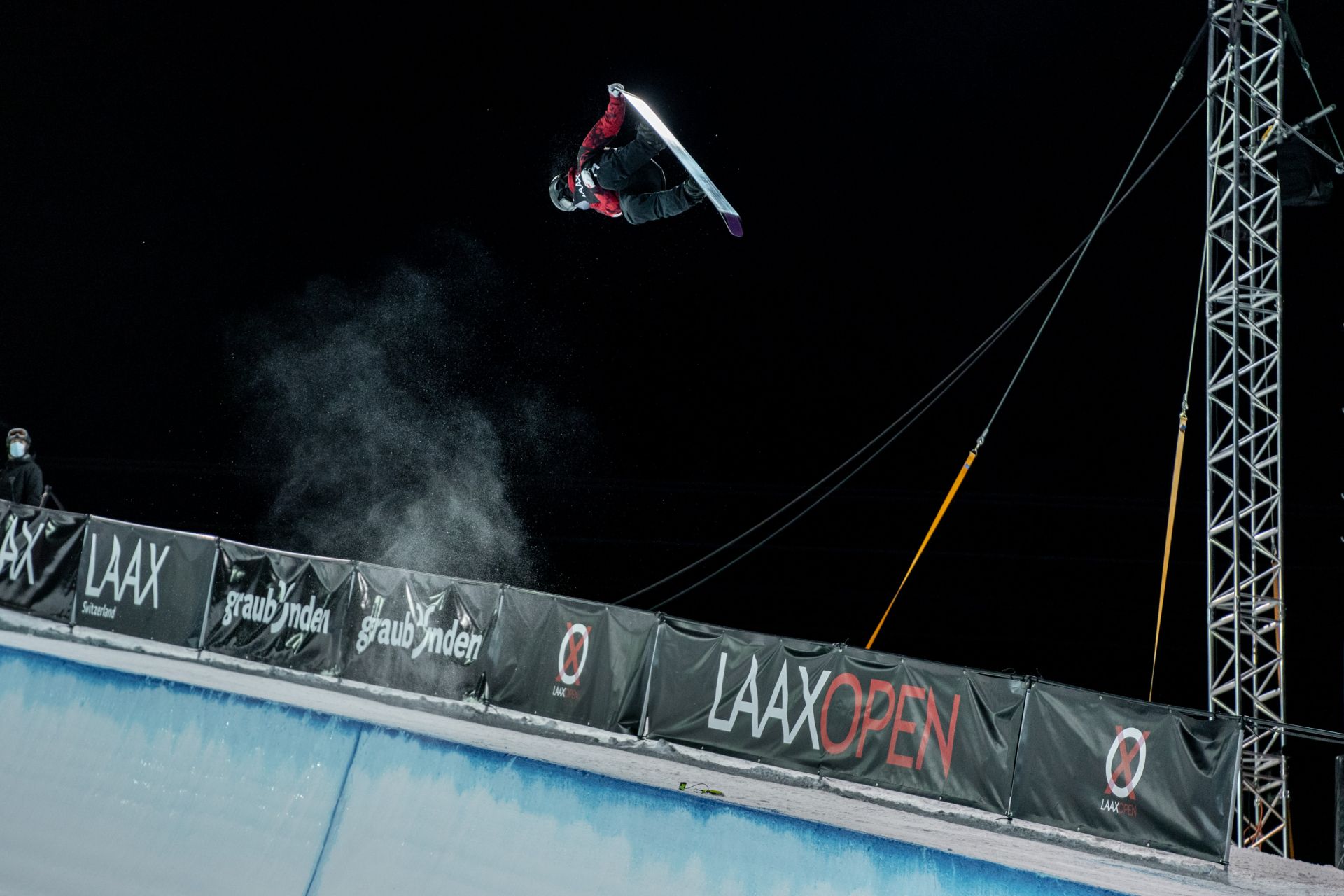 In Halfpipe, Aurora, Ontario’s, Derek Livingston, put down a very impressive clean run, boosting a frontside 1260 and linking back to back double cork 1080’s combined with the technical and blind rotations switch back 9, and a smooth backside 360 that landed him in 5th place.

In the first of two PGS events Megan Farrell (Bracebridge, ON) placed 6th followed by teammate Katrina Gerencser (Burlington, ON) in 8th.

On the men’s side it was Sébastien Beaulieu (Québec, QC) who had the best result with 10th in PGS.

In the second PGS race, it was Farrell who landed on the podium with an impressive performance earning silver followed by her teammate Kaylie Buck (Oakville, ON) who finished in 12th.

Darren Gardner (Burlington, ON) placed 14th, as the top result for Canadian men in the second PGS race. 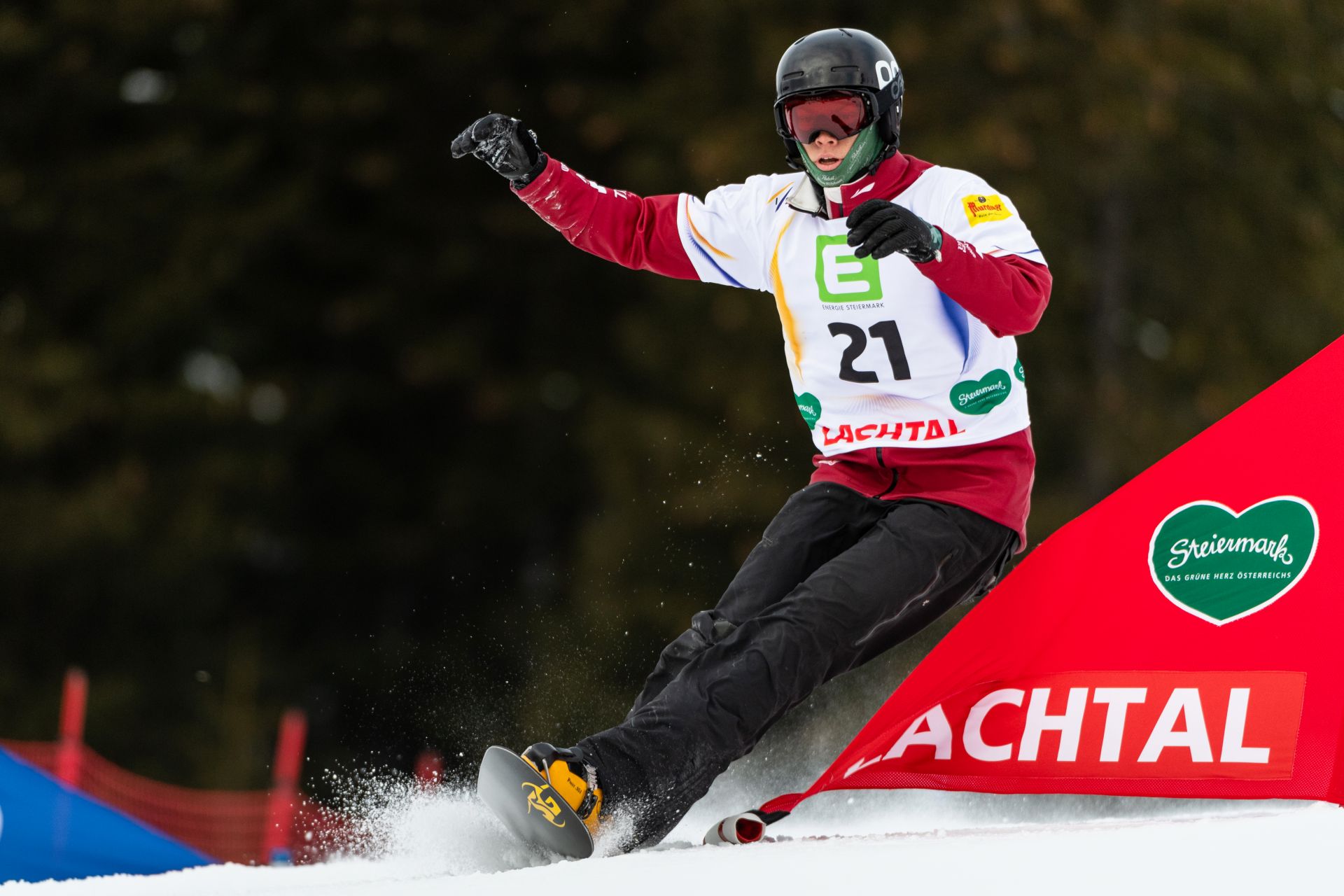 Over to Davos Switzerland there was a European cup that hosted two Parallel Slalom races this past week where Arnaud Gaudet (CAN) claimed bronze.

Toronto, Ontario’s Jamie Behan put on a performance in the first of two PSL races earning him 4th as the top Canadian on the men’s side

Katrina Gerencser placed 6th in the first of two PSL races as the top female Canadian.

Among the Canadian women it was Kaylie Buck (Oakville, ON) who earned 8th in the second PSL race, followed by teammate Megan Farrell (Bracebridge, ON) in 9th.