Salute to Chris Robanske | 10 Years with the Snowboardcross National Team 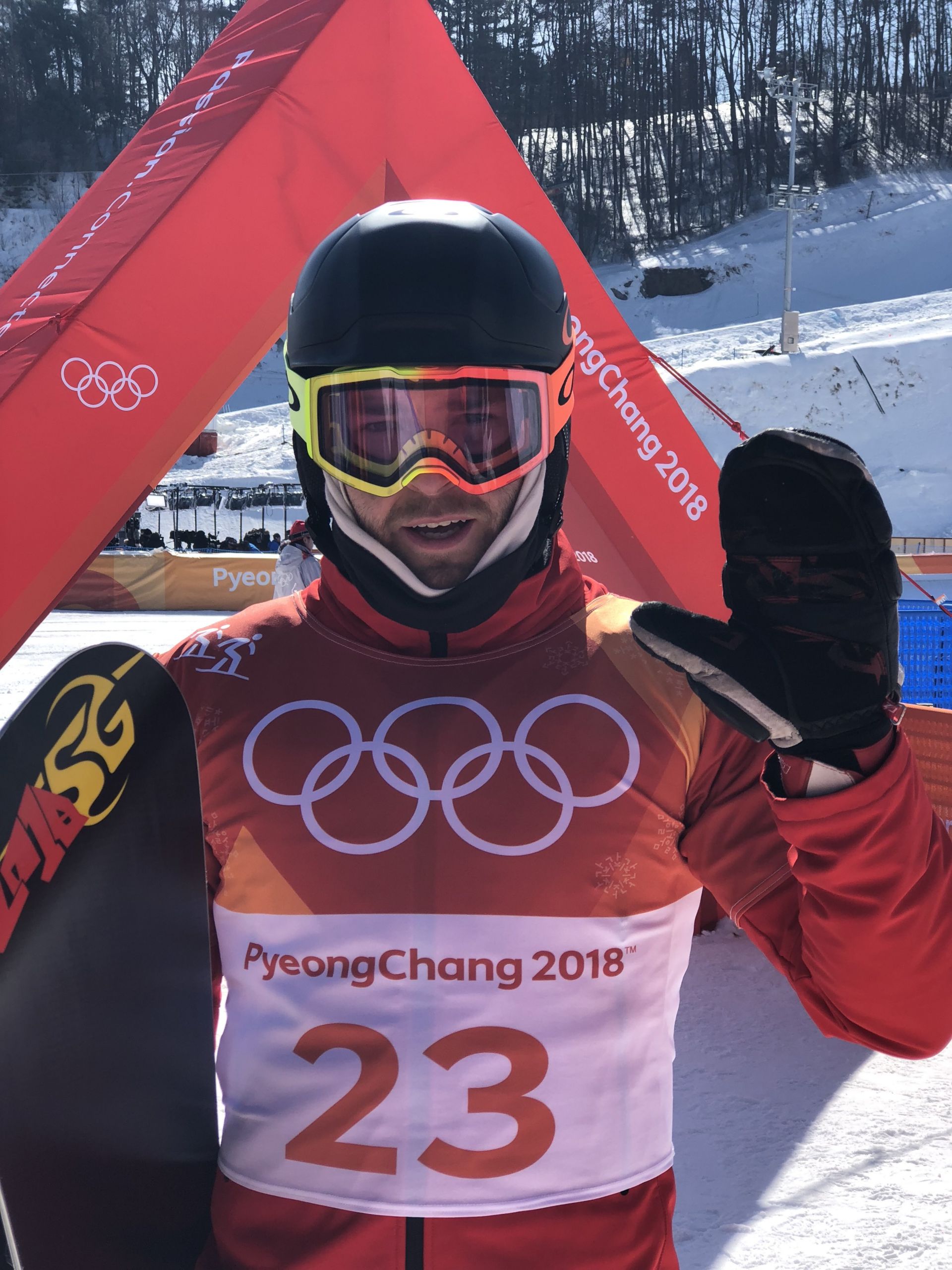 [Portrait at the 2018 Olympics in Pyeongchang] 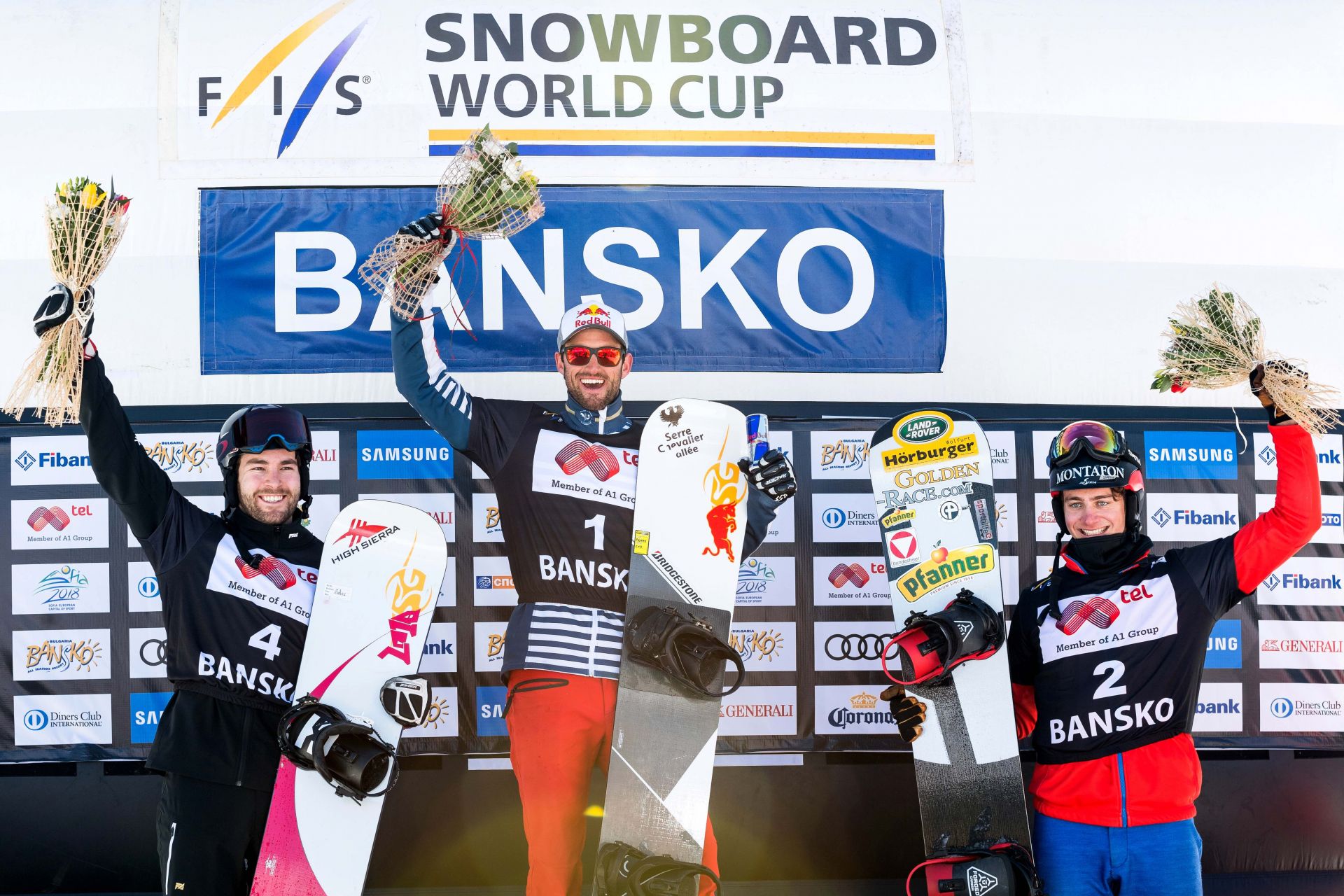 Something as simple as a snowboard received as a birthday gift at the age of 9 has transpired into a fruitful snowboard journey for Chris Robanske over the last decade. Robanske was nominated as a member of the Canadian National Snowboardcross Team in the fall of 2010 and has been a staple to the Snowboardcross team to date. The two-time Olympian, has represented Canada at the 2014 Winter Olympics in Sochi and at the 2018 Winter Olympics in Pyeongchang. He has earned two World Cup victories, notably one on Canadian soil at Blue Mountain Resort in 2013 to bolster an honest collection of seven world cup podiums, including a World Championship Bronze. However, high level success comes with its challenges. After much consideration Robanske has made the difficult decision to retire, after undergoing a heavy rehabilitation to his knee from an injury he incurred at the 2018 Winter Olympics that has yet to see a full recovery. 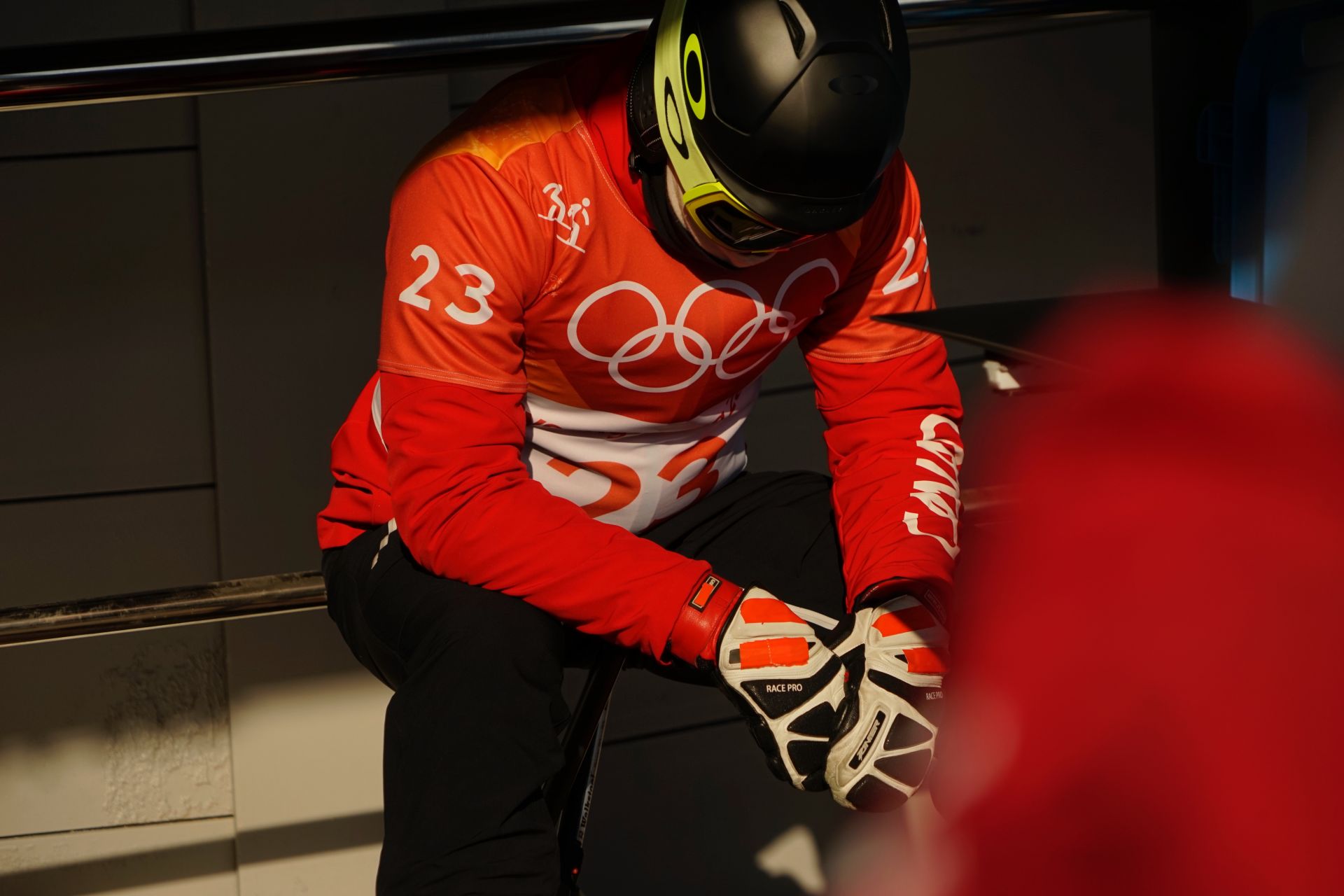 Robanske aka “Robo” endured a “grade IV knee dislocation which included full ruptures of both his ACL and LCL , medial meniscus tear, near loss of the lateral meniscus and 3cms of lateral cartilage blown out. Additionally, he suffered severe impact fractures on the fibular head and femur among other smaller issues”. This was stated by his surgeon and has made for a much longer return to snow timing than anticipated.

In February of 2019, a year since the injury, he underwent a return to snow test showing compensation of weight distribution – 80% in good leg and 20% in bad leg, where a weight distribution of 50/50 was required to ensure safety with back to snow training. He had much more work to do and in November 2019 after a long 22 months of rigorous rehab he was cleared for snow.

“After countless physiotherapy sessions at Level 10 Fitness and Sea to Sky Physiotherapy, I finally passed the return to snow test in November 2019! In December 2019 I returned on-snow in Whistler, B.C with the help of SBX coach Maelle Ricker, and off-snow coach Jeremy Watkins.”-stated Chris Robanske

Returning to snow was a long-awaited moment for Robanske and as blissful as it was, news followed shortly with the hard reality that his recovery was not yet at a competitive level. 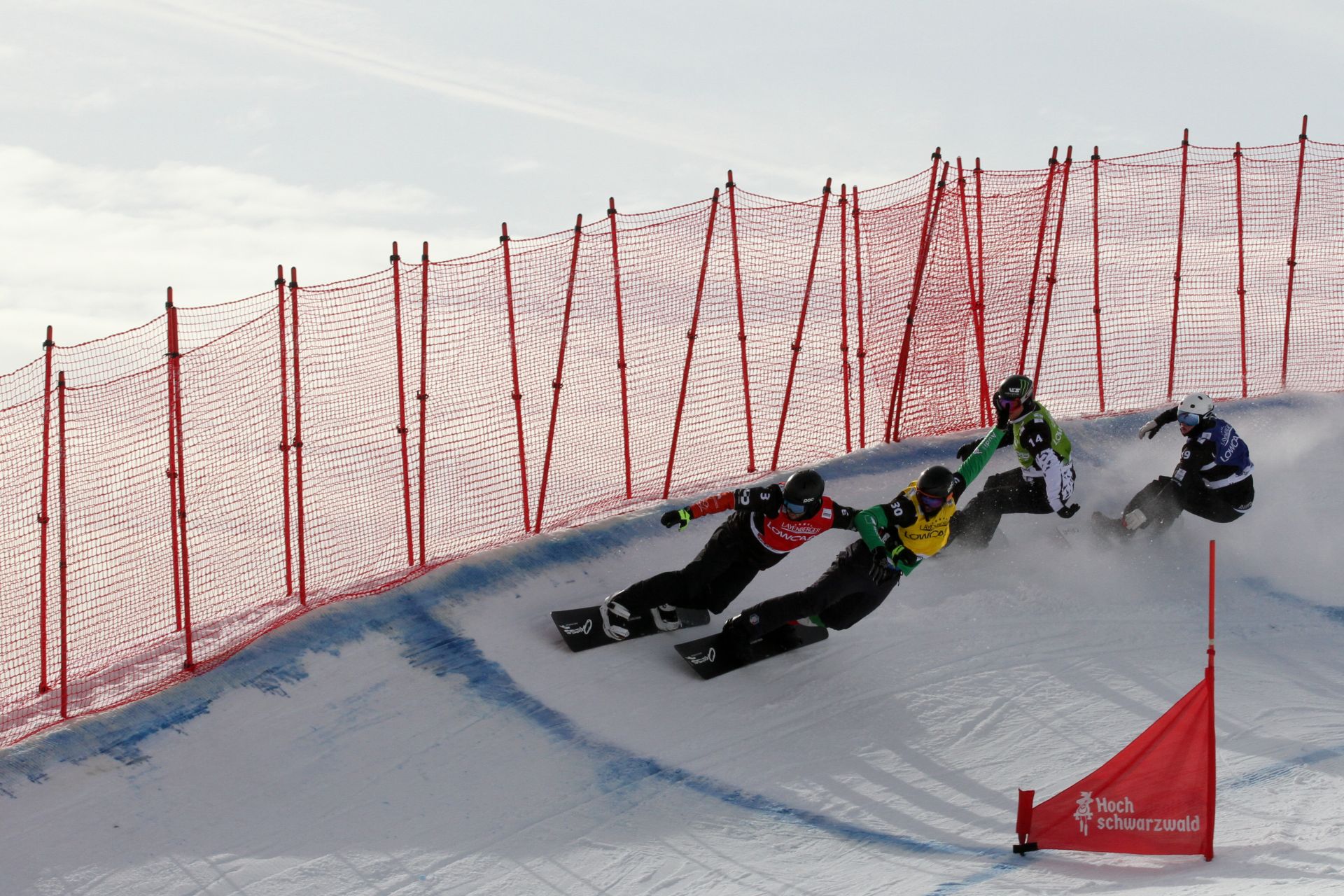 [Chris Robanske leading the charge in the red bib at a World Cup in Feldberg, Germany 2017]

Robanske grew up in Calgary and understood the value of discipline. He was someone who “worked very hard at his goals from early on” and “clear talent” were the markers of success from the beginning of his career according to Mark Ballard, who had the opportunity to work with him in his initial development out of the Calgary Snowboard Club.

“As one of the younger riders on the team, he chased 2010 Olympic silver medallist Mike Robertson around, while being coached by Mike’s brother Adam. Add in Chris’s work ethic and skills, and it was almost a guaranteed recipe for success.  Chris is not only a champion in snowboarding, but one in character and positivity as well. Congrats Chris on great career, can’t wait to see what’s next!” – Mark Ballard

Robanske’s first FIS race was on the snowboardcross track in 2005 at Big White Ski Resort. Cathy Astofooroff with BC Snowboard Association is grateful to have provided a training ground and athlete pathway across the province acknowledging her full support for Robanske’s future endeavors with the hope he will stay involved in the snowboard community.

Jake Holden, a friend, former teammate, and now coach for the Canadian National Snowboardcross Team has known Chris for many years with this to say…

"I have known Chris for many years, lived with him for a few of them, and he was one of the first guys I met when I moved out west to join a more competitive snowboard team back in 2005. Back then Chris was just a little dude that loved to snowboard and ride his bike and wanted nothing more but to just get really great at these two passions of his. Chris went on to doing just that! Starting from the NorAm tour days and all the way to World Cup and Olympic team together, Chris was always loving the journey, very determined, and a lot of fun to be around. Chris had a very successful SBX career while inspiring the next generation.”- Jake Holden 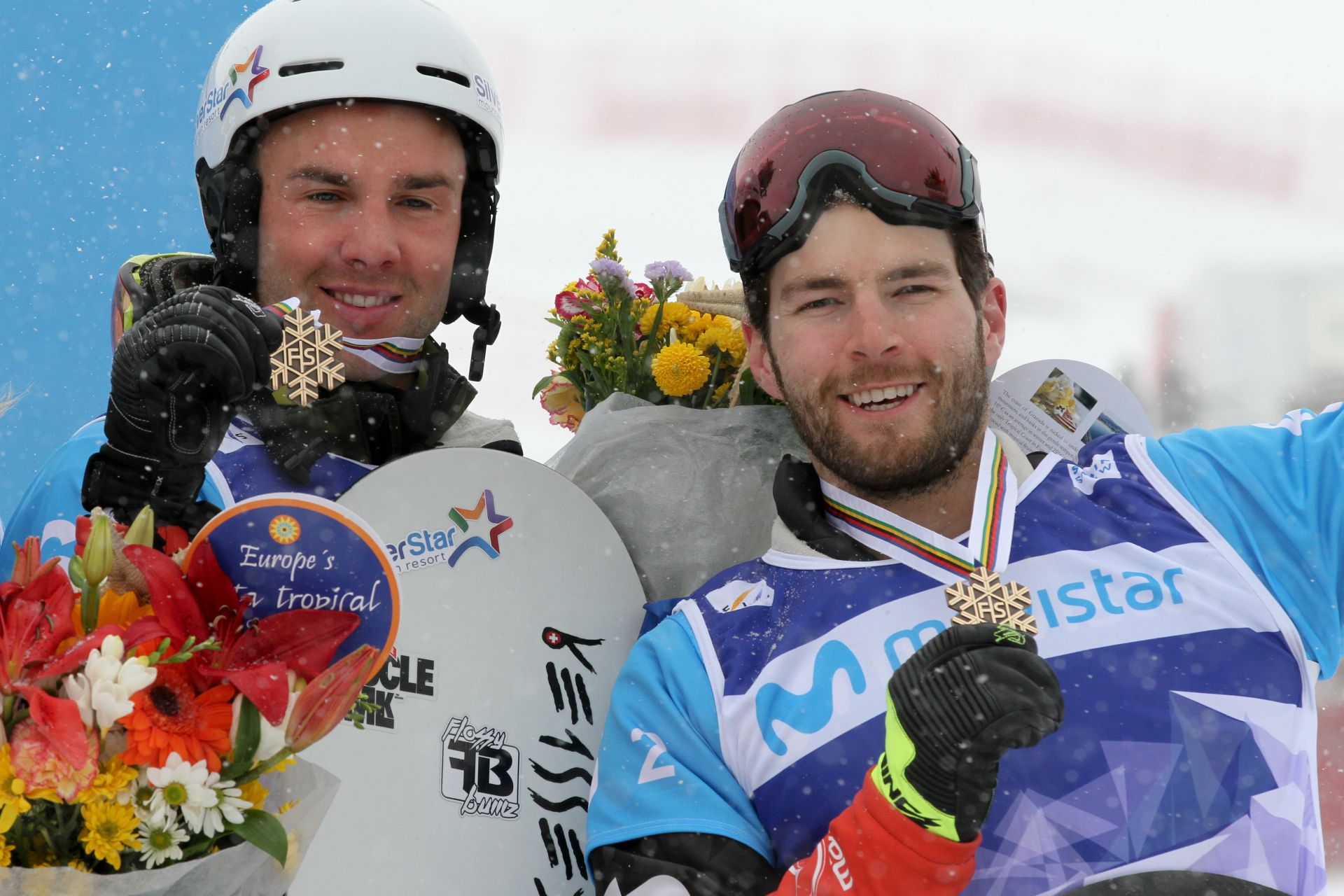 Kevin Hill, Canadian National Team rider and teammate has shared the podium more than once with Robanske in the unique format of the Snowboardcross Team events.

“His first world cup win, I remember he was injured coming into the event and the next day he crushed everyone earning the first spot on the Sochi Olympic team for us! Chris was definitely a great teammate, he was always very technical in his snowboarding and when it came down to our bronze podium finish for the snowboardcross team event in Sierra Nevada at the World Champs he really played a massive part in that medal. I look back and wish we raced more team events together. I felt confident in his riding and we worked so well when we teamed up together, knowing he had what it took to get on any podium!” – Kevin Hill 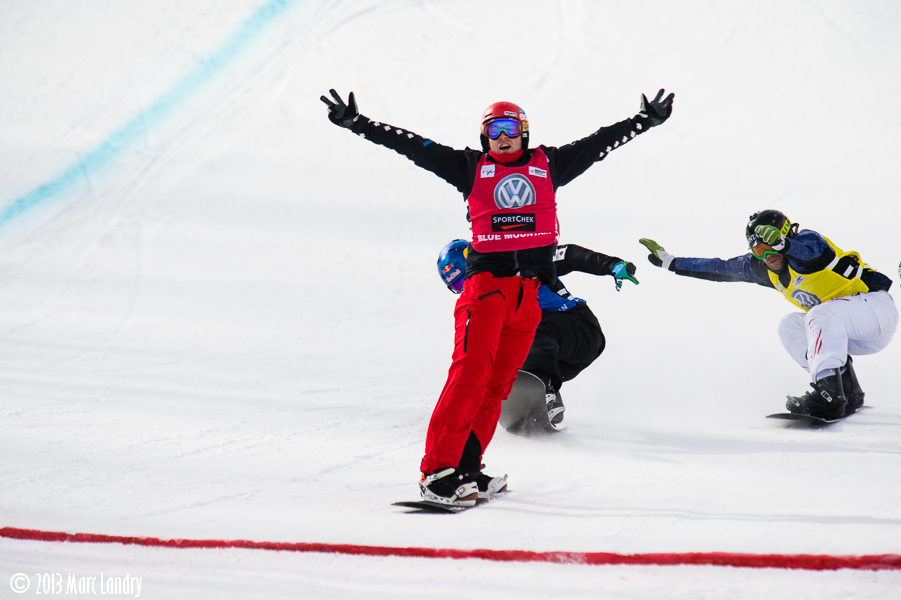 [Victory gold at the 2013 World Cup at Blue Mountain Resort, ON: “He won his first WC at Blue Mountain, Ontario, in front of a huge hometown crowd by making incredible passes to edge out Alex Pullin, Nick Baumgartner, and Marcus Schairer.  I still remember how pumped the whole team was as we screamed into the phone to tell our S&C trainer, Anthony Findlay, the amazing news” – Maelle Ricker]

Maelle Ricker, National Snowboardcross Team Coach, one of many who contributed to Robanske’s return to snow, reminiscing on a training camp where she first met Robanske …

"My first memories of riding with Chris were amazing.  We were part of the lucky group of athletes that had the privilege of accessing the private training at Farnham Glacier in 2006.  Chris had the biggest smile and loved every minute of the experience, from glamping in the subalpine, to riding the crazy old snowcat up to the glacier, and spinning laps on the beautiful full length sbx track in the mid BC summer.  That stoked kid grew up to be a powerhouse racer with the technical precision that matched the all-time greats of Drew Neilson and Pierre Vaultier.  He won his first WC at Blue Mountain, Ontario, in front of a huge hometown crowd by making incredible passes to edge out Alex Pullin, Nick Baumgartner, and Marcus Schairer.  I still remember how pumped the whole team was as we screamed into the phone to tell our S&C trainer, Anthony Findlay, the amazing news.  Chris is a supportive teammate, a dedicated athlete, and most importantly, a lifelong friend.  I look forward to more amazing powder days, fun mountain bike rides, and great backyard bbq conversations on how the team can keep progressing the progressions:)! Congratulations Chris on an amazing SBX career." – Maelle Ricker 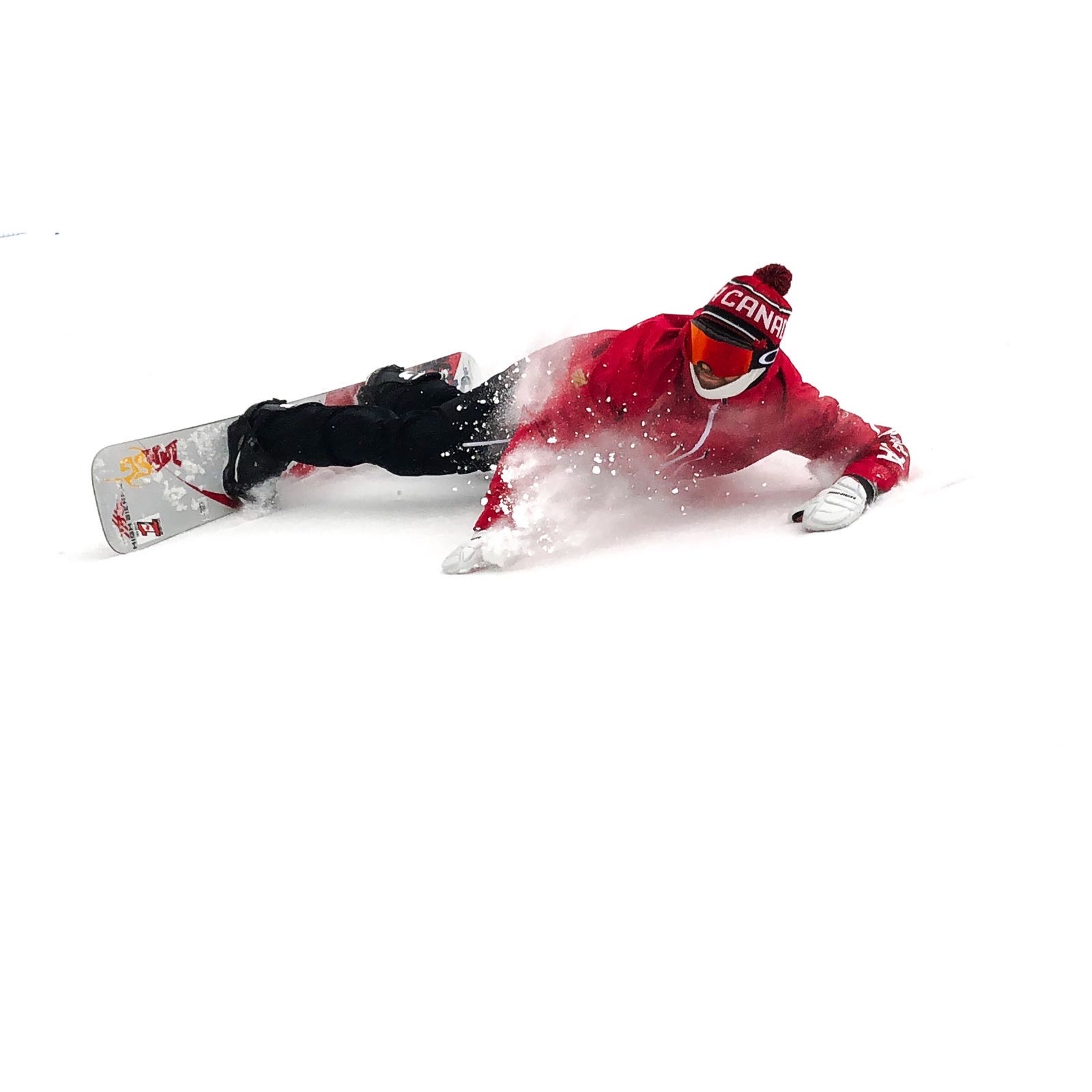 [Chris Robanske playing around with a serious toe edge carve]

Robanske has recently focused his energy in pursuing an online undergraduate program in entrepreneurial management with Royal Roads University.  When he’s not swamped with study sessions, he seeks to the outdoors whether he’s out walking his puppy Cedar or gearing up with his mountain bike to charge the trails in Squamish, BC.

“He’s an all-around great person that I know will move on to become the best he can in his new career and pathway of choice. The Canada Snowboard team will miss having Chris around in the hopes he can stay involved as much as possible moving forward. Chris will always be a member of our Canada Snowboard community and for me always a great buddy to catch up with." – Jake Holden

As snowboarding has its own gracious teachings we are certain that Robanske will carry the torch no doubt with an intensity and discipline that will serve him well. We are excited to see what the future will hold for him.

"Chris has been an integral part of our team and it’s success for a long time here. I’ve watched him progress from a grom to one of the best in the World and have had the pleasure to get to know him over the years. He’s always represented Canada with pride and passion and we wish him all the best in the next chapter, knowing he’ll always be a part of our family here at Canada Snowboard" - Dustin Heise Executive Director of Canada Snowboard 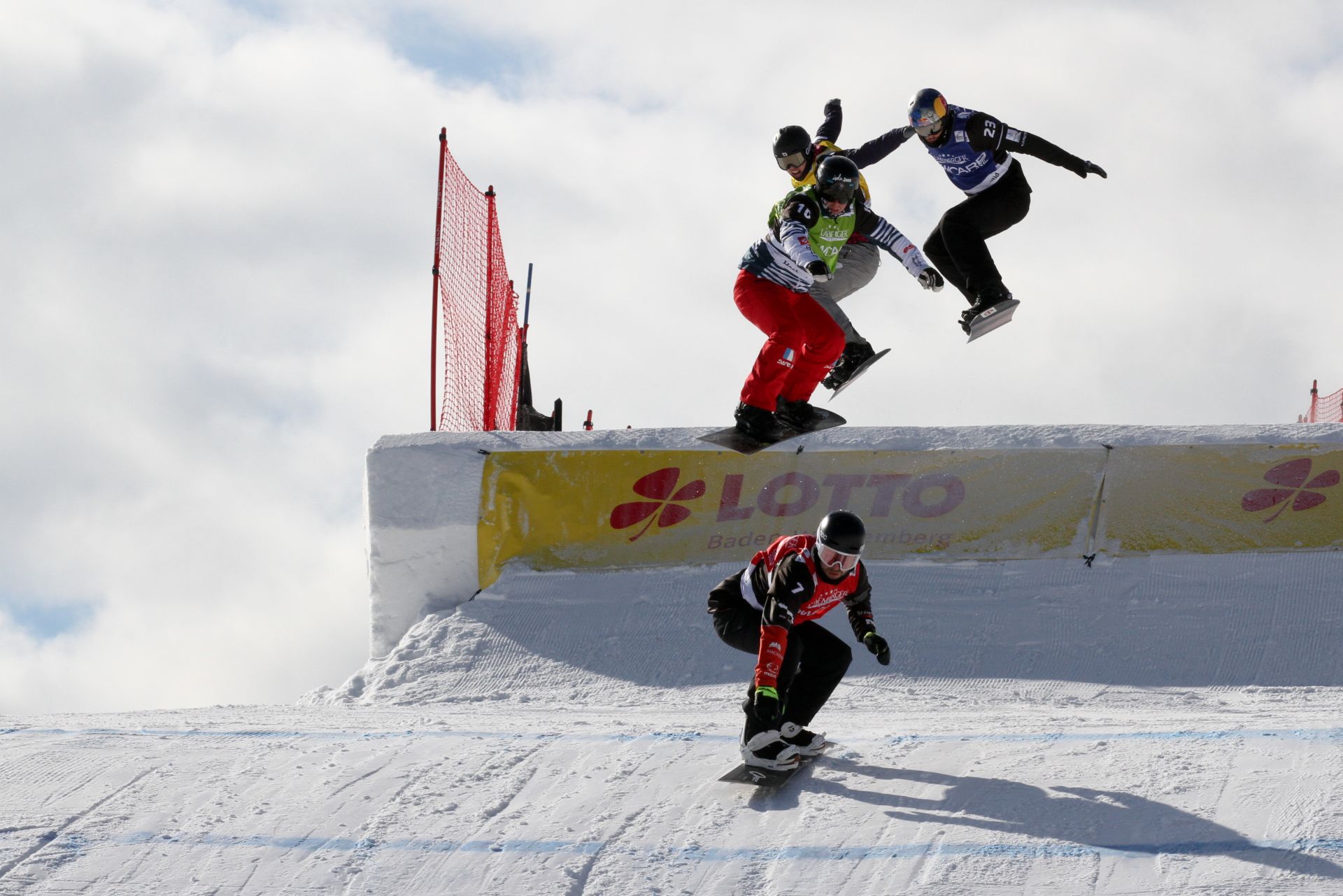 [No stranger to the charge, Chris leading the pack, in 2017 World Cup in Feldberg, Germany]

“Thank you to my family and friends, teammates and coaches, sponsors and supporters, Canada Snowboard and IST staff for an incredible 10 years with the National Team. I will forever cherish the memories of representing Canada. Thank you snowboarding!” – Chris Robanske 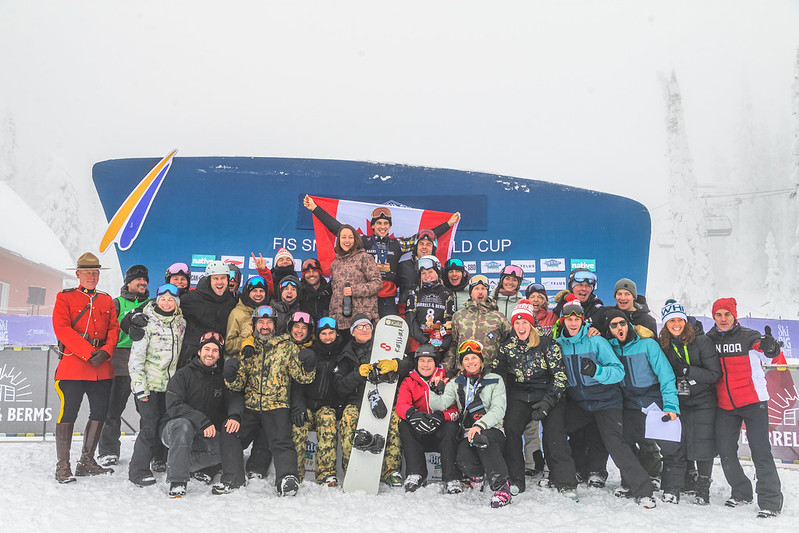 [Canada Snowboard Team at the 2020 Barrels and Berms World Cup at Big White Resort, BC. Robanske seen on the bottom left supported the team by offering technical advice and strategy to help his fellow teammates while he wasn’t cleared for competition. This marks a moment of shared celebration with his teammate, Eliot Grondin, who won silver on home soil. An earned experience Robanske is no stranger to]

Salute to Chris Robanske | 10 Years with the Snowboardcross National Team