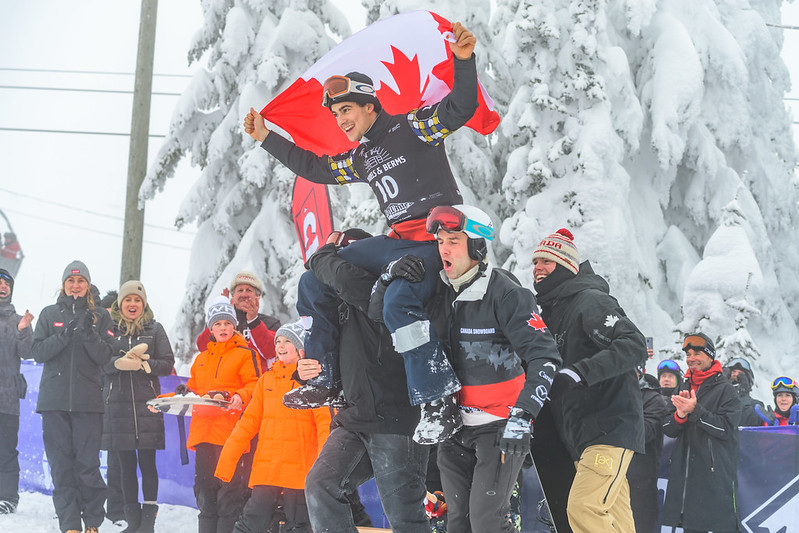 
The 18-year-old rode with strength and a confidence beyond his years throughout the two days of World Cup competition. He led the field of 4 though all of his heats progressing in a thrilling fashion with Canadian teammate and good friend Kevin Hill fighting into second behind him, progressing both Canadians right through to the final rounds. Eliot won the semi sending him to the Big Final, whereas Kevin slipped into a close third sending him through to the small final. The competition was the strongest of this year’s tour for the Canadian Team with Meryeta O’Dine placing a respectable 10th in the women’s field.

Eliot’s result has pushed him up the FIS SBX World Tour raking to 3rd position.


Tomorrow sees the second of the double Individual SBX World Cups being run here in Big White Ski Resort. With the full Olympic field competing again tomorrow is a complete reset and an opportunity for the full Canadian team to gain valuable tour points and more potential podiums in both the men’s and women’s events. 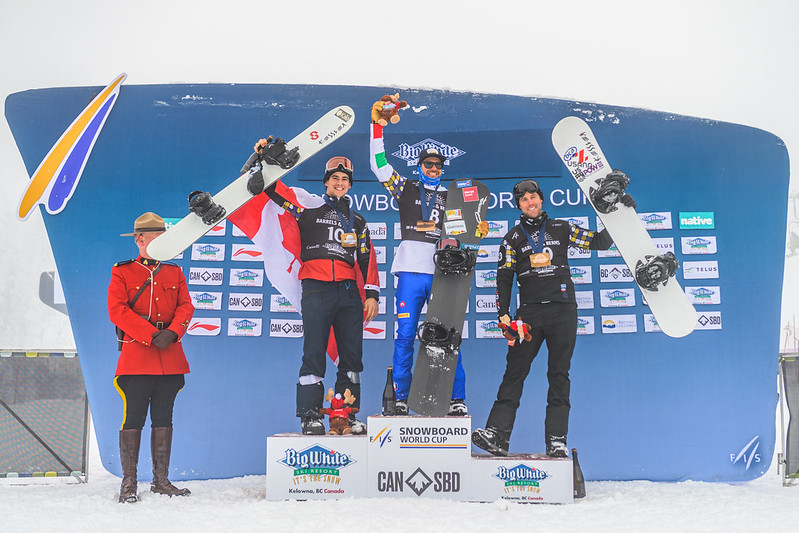 “We are all incredibly proud of Eliot this season. Particularly today stepping up with the added pressure of preforming on Canadian Soil. Eliot comes from a very humble background. He loves being on his bike. He is very talented in any sports and this definitely crosses over in his instinct and racing ability on track and in the snowboardcross environment. There is nothing short of great success for Eliot in the near and long-term future. We are very fortunately to have him as part of our program, and we are very excited to see how this season continues with the momentum he had gathered here already since the first 3 World Cup stops of the year”. Maëlle Ricker one of the Canadian Coaching Team.