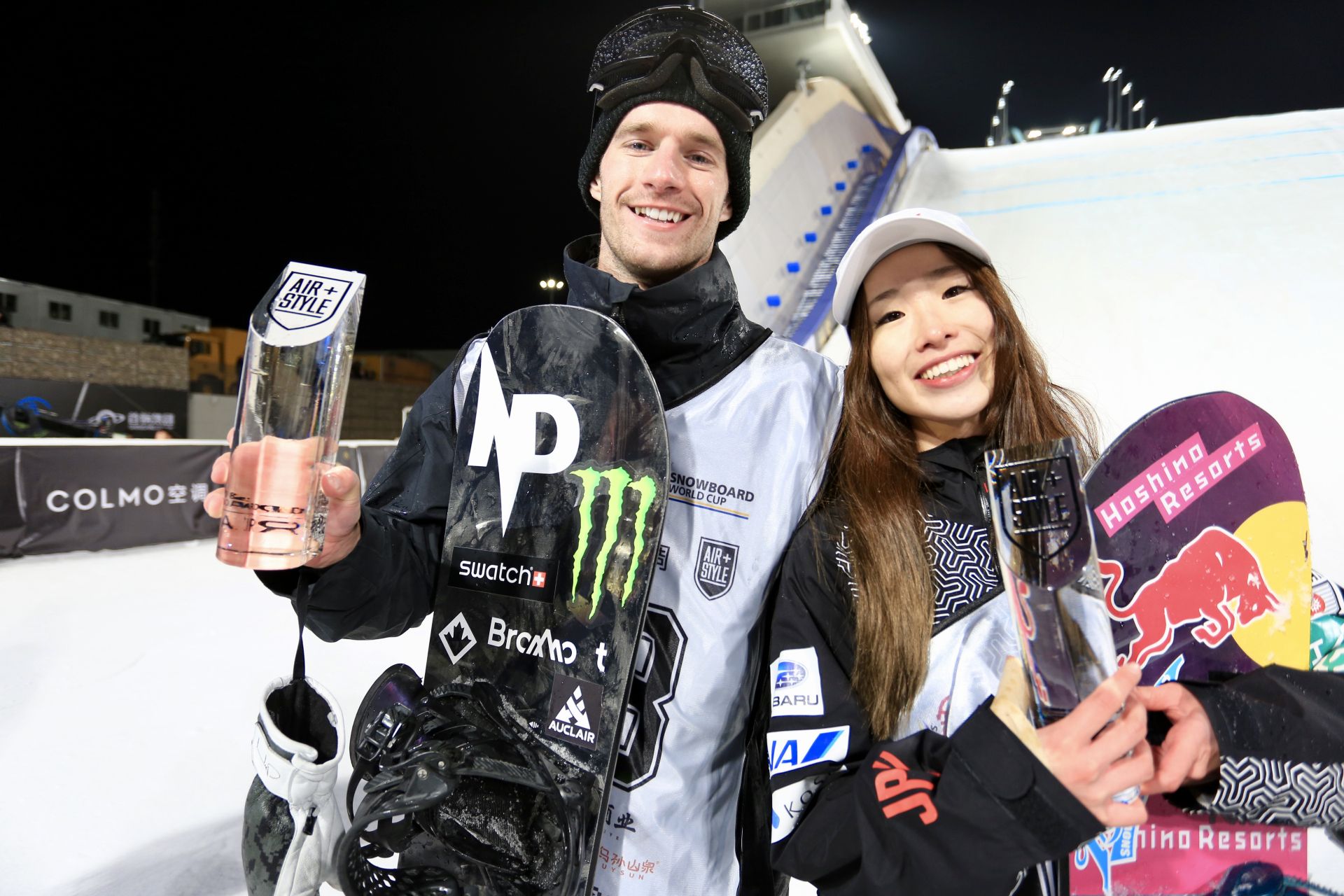 Air + Style started in 1994 as an invite-only snowboard competition in Innsbruck, Austria, focused on big aerial stunts. Over the years, the stadium event featuring the world’s most talented freestyle snowboarders has grown into a global series that blends live music, action sports, art, and culture. Since 2010, Beijing has been a steady stop on the Air + Style circuit and ranks as a FIS Snowboard World Cup competition since 2017’s edition at the Beijing Workers’ Stadium.

This year marked a special moment in Air + Style Beijing history, as the world’s best freestyle skiers and snowboarders competed on the brand-new Shougang Park Big Air ramp. Situated in a fully redeveloped industrial park on the western outskirts of China’s capital city, the facility will become a permanent fixture for China’s snow sports scene and official venue in the 2022 Winter Olympics. 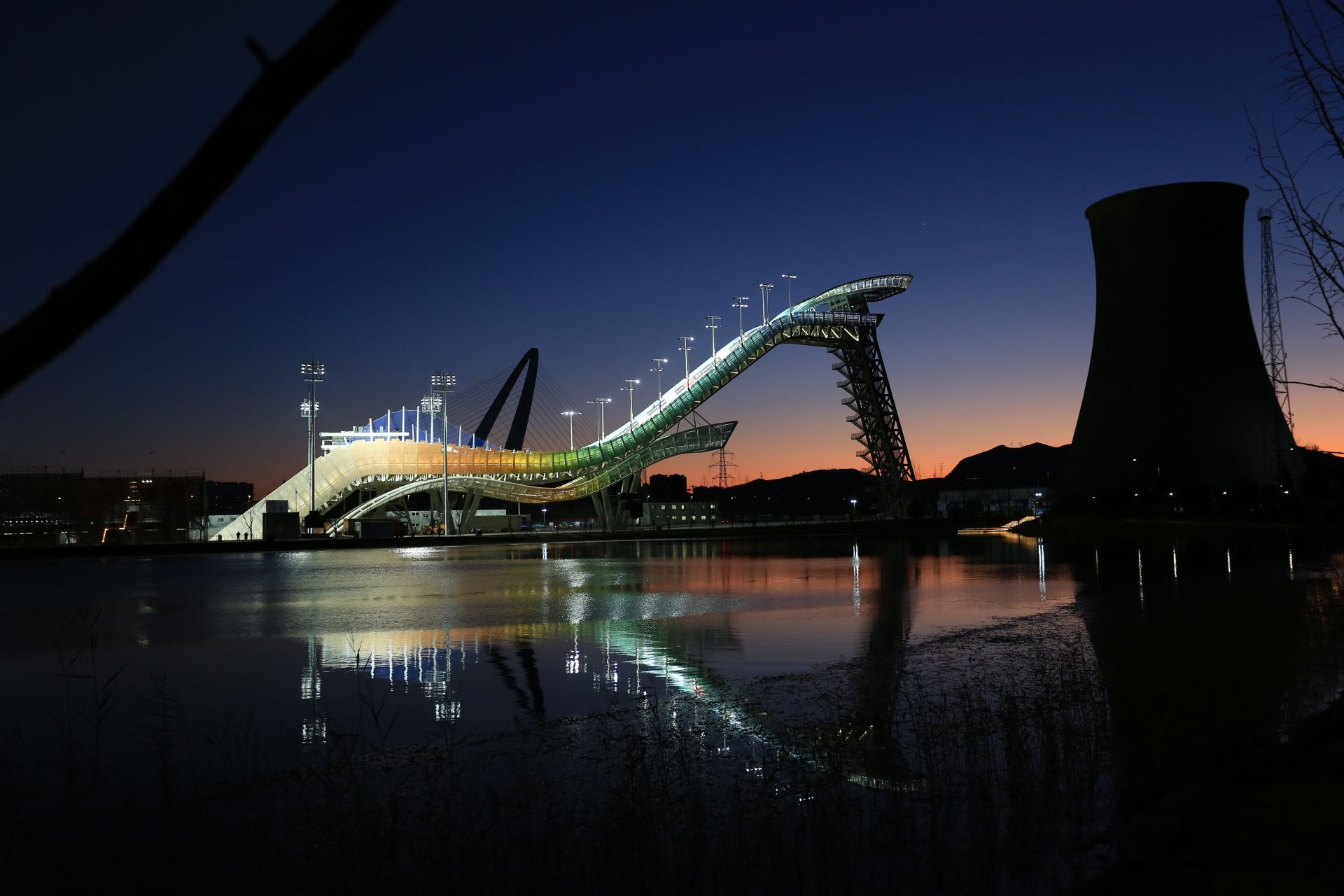 Here’s how the action unfolded across ski and snowboard disciplines at Air + Style Beijing today, as the world’s best riders attacked the massive centerpiece jump with their most technical tricks: 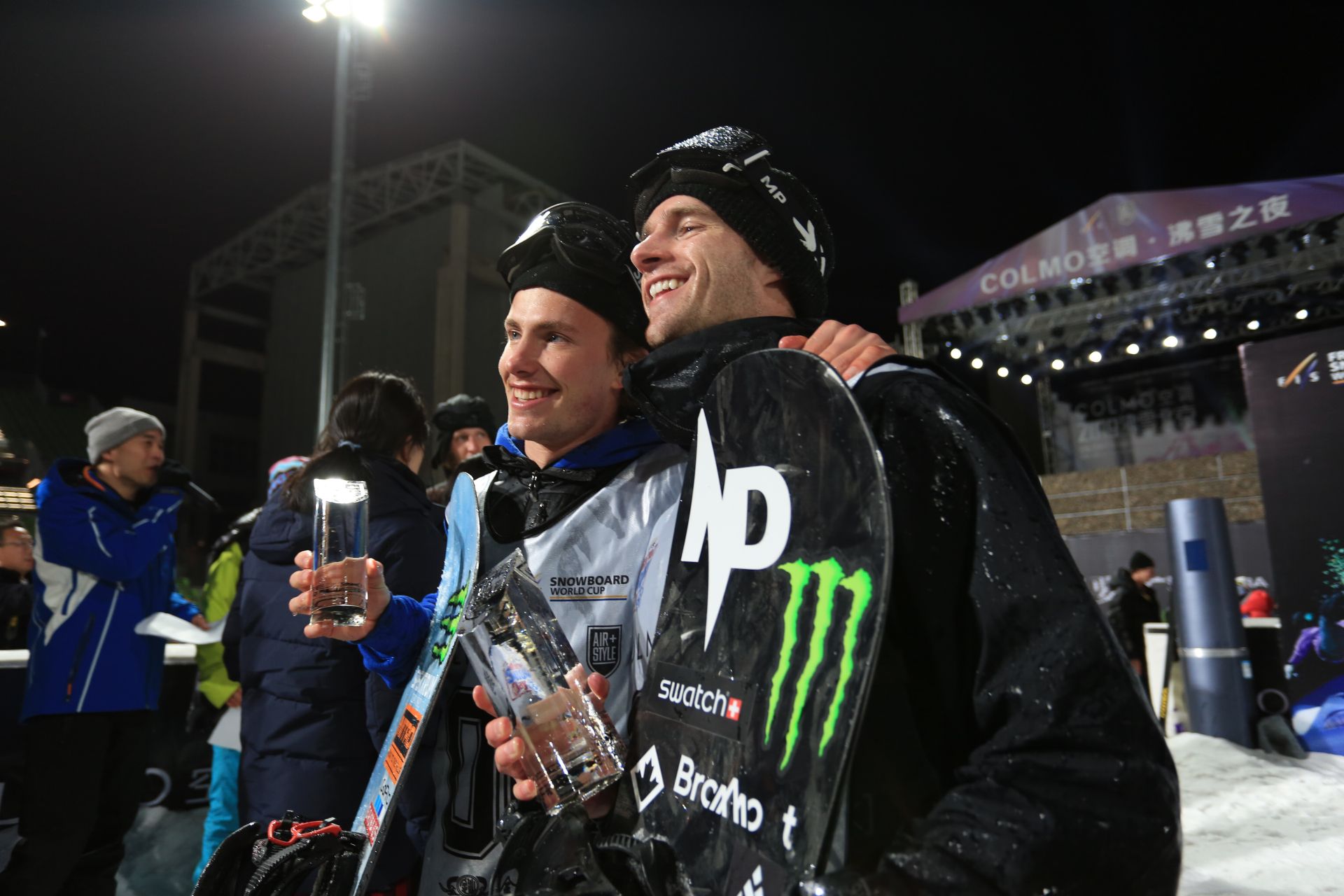 Monster Energy’s Sven Thorgren came to Beijing to defend his Air + Style title from last year, his second career win at the legendary event. But as the action moved into Saturday’s ten-rider final, the Swedish snowboard wunderkind found himself locked into an intense fight for the top spot against his teammate, Max Parrot from Canada, who returned to full form with a gold medal finish at X Games Norway in August 2019

Straight out the gate, Parrot set the bar high by stomping a fast-spinning Cab triple cork 1620 Indy over the gap, taking the lead with 92.75 points. Thorgren fired back with a brand-new backside 1620 stalefish – landed for the first time in competition – to claim 93.25 points and the lead. But ultimately, Parrot had the last word: A perfect frontside triple cork 1620 mute – landing backwards after four-and-a-half rotations – earned the Big Air trailblazer 93.25 points and the Air + Style Beijing crown.


Max Parrot competing in the final

“The new venue is simply amazing! I actually think it’s one of the best scaffolding jumps in the entire world. The jump is really big, conditions were great, and you can see it in the level of riding. It was a tough contest for sure,” said Parrot upon taking first place at the 2019 Air + Style Beijing FIS Snowboard World Cup today.


Max Parrot being interviewed after his win 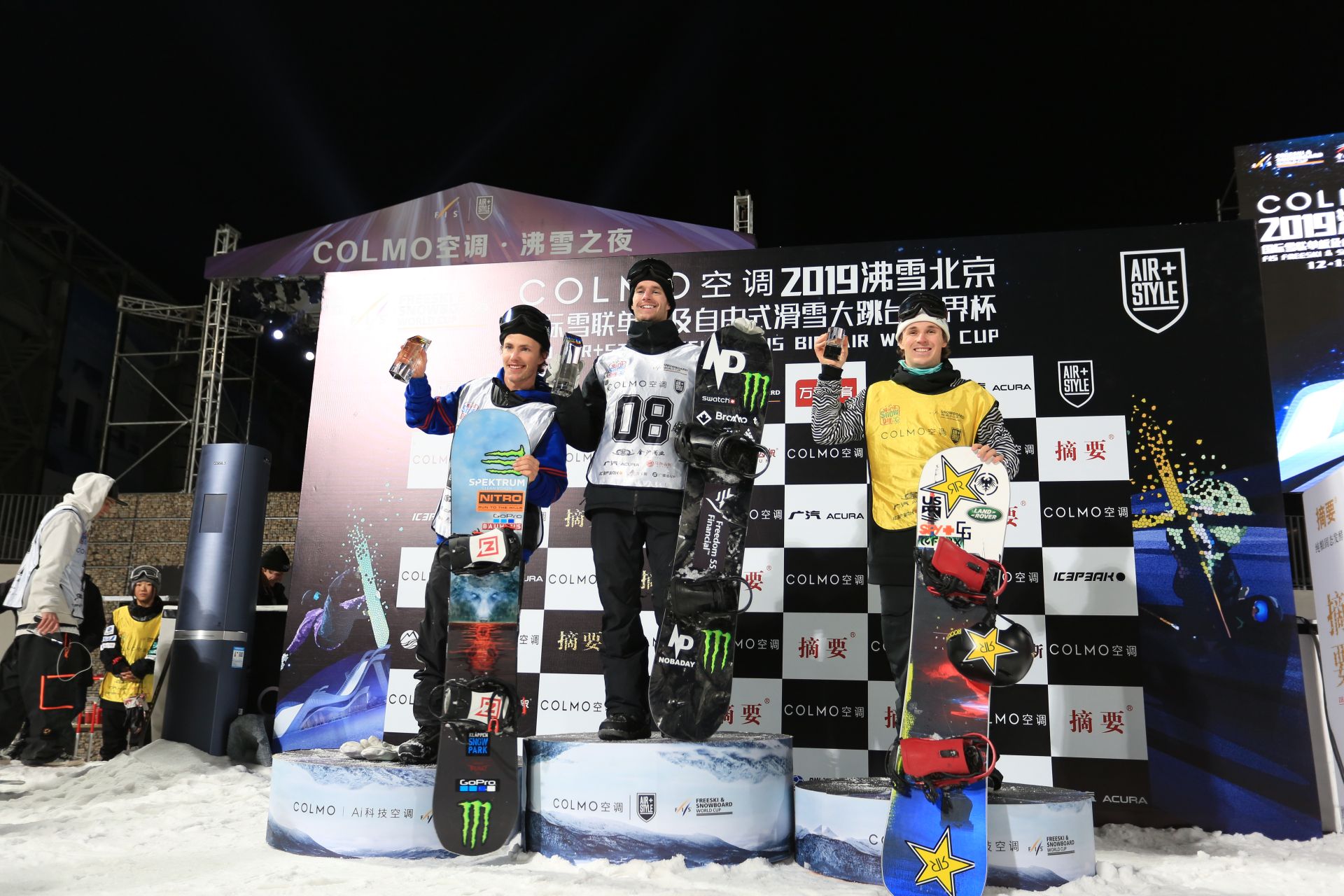 Laurie Blouin was the second Canadian to grace the podium, capturing third place in the Women's Big Air final with a total score of 155.75. Laurie threw down a front double cork 1080 mute to lock in her spot on the podium!


Laurie Blouin competing in the finals 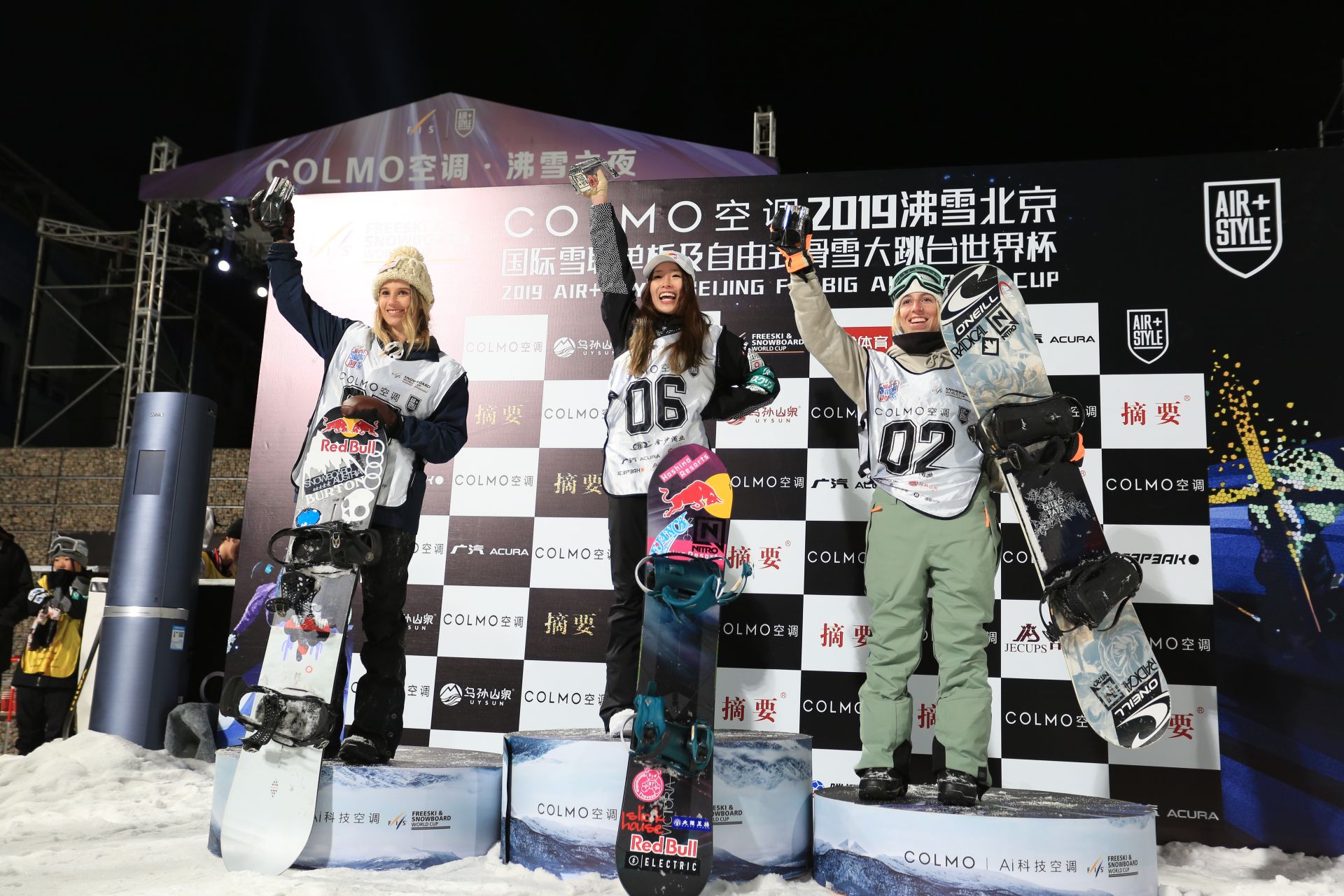 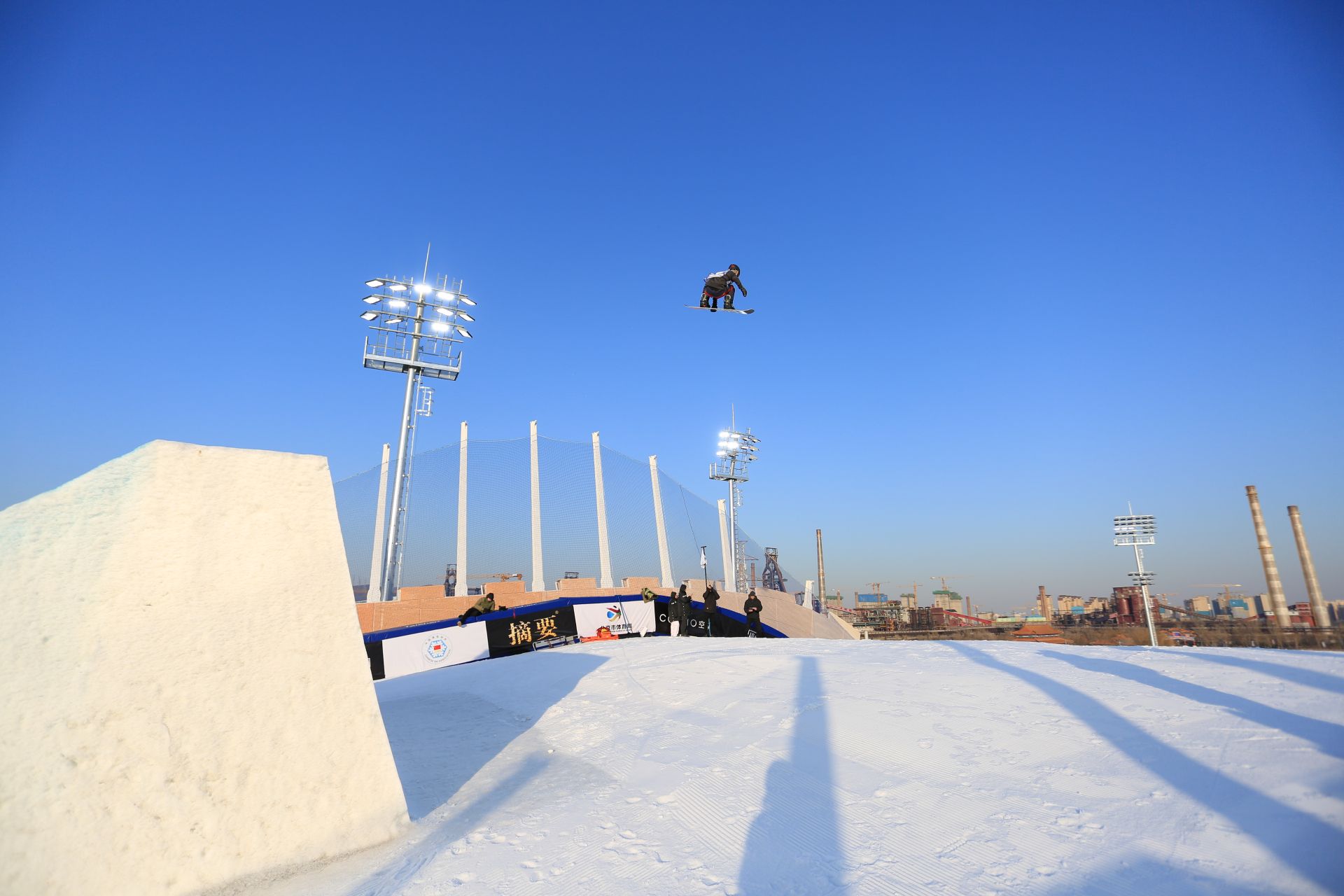 The next Big Air event will be The FIS Big Air World Cup in Atlanta | Dec 20 - 21 which you can stream live!