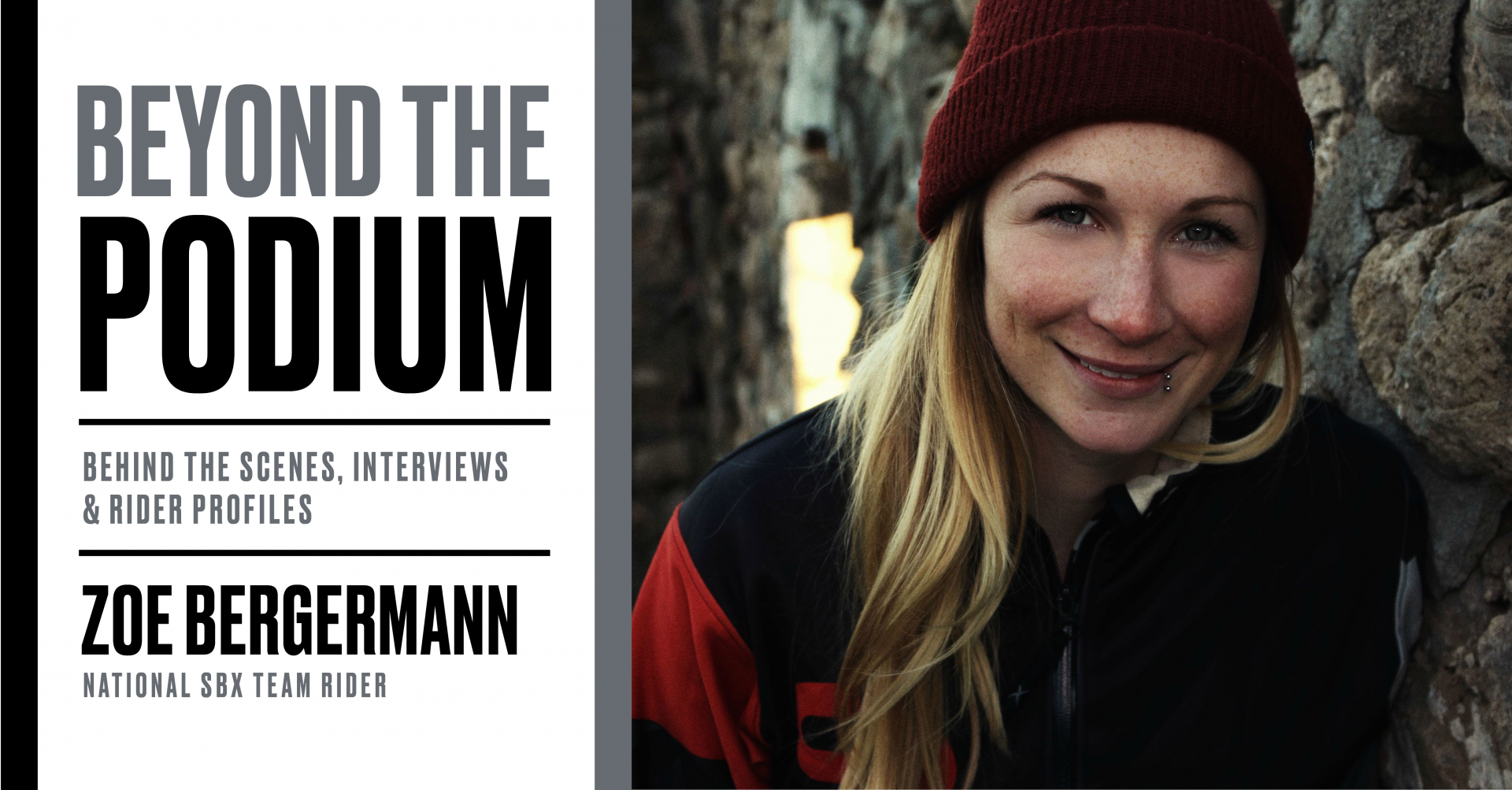 The scene at the top in women’s SBX racing is tough and you need to be able to roll with the punches to stay in the World’s top 10.  Zoe Bergermann is currently sitting in 7th place on the World Tour and trending up. She has her eyes set on being at the top of the sport and currently that means only beating 6 women in the world to get there. Let’s chat with Zoe and find out a bit more about what makes her tick, and make the effort to all watch her in the SBX Barrels and Berms World Cup in Big White Ski Resort, LIVE on CBC, or better still, with a flag in hand at the finish line in Big White in January.

Zoe, how did you get into SBX racing?

Where do you call home now and why?

Home for me is Erin, Ontario.  I grew up there, my family and friends are there, or at least close by. Driving home from YYZ to Erin is the most comforting feeling, nothing else feels that much like home.

You have been in multiple World Cup finals and have stood on the podium in both individual and teams SBX events.  What does it take to rise above the top pack of girls to become the best SBX athlete in the world?

A big part of being able to rise above the “big dogs” in SBX is the mentality that you can!  I always believed I could, and when I got my first individual world cup podium it was like I finally broke through a mental barrier and proved to myself that I am more than capable of being one of the top SBX athletes in the world.

Who do you look at as the benchmark in SBX racers? Is there one who stands out above all others?

Well of course Maelle Ricker, I always dreamed of getting in the gate next to her and compete against the best.  But having her on my side as a coach has been way better than I ever could imagine. Currently on the World Cup I would say the French women have a very strong team and do a great job of working together and pushing each other during training.

As both a technical and aggressive discipline what support is needed for SBX athletes to win starts, understand the best line, gain speed at exactly the right times and know when to make overtaking moves? It looks like a top to bottom race, but I am told it is in fact full of tactics and planning. Tell us a bit about what goes into racing at the High-Performance Peak of the sport?

When I first look at an SBX track, I always start with the technical details.  What lines through the turns would be the fastest, what rollers should be pumped or doubled, what should my body position be over jumps and through turns?  Looking at of those little details allow athletes and coaches to put together the fastest race line. Once qualification is done, it’s on to heats. That’s when I switch my focus from technical to tactical. By studying my opponents and watching video I get to learn their race habits and style.  From there I visualize as many scenarios and possible race outcomes as I can to be better prepared when it’s time to race. Overall though I see SBX as more of an art, it’s how you can link the technical with the tactical and be able to make quick changes on the fly while linking together the whole course as fast as possible. 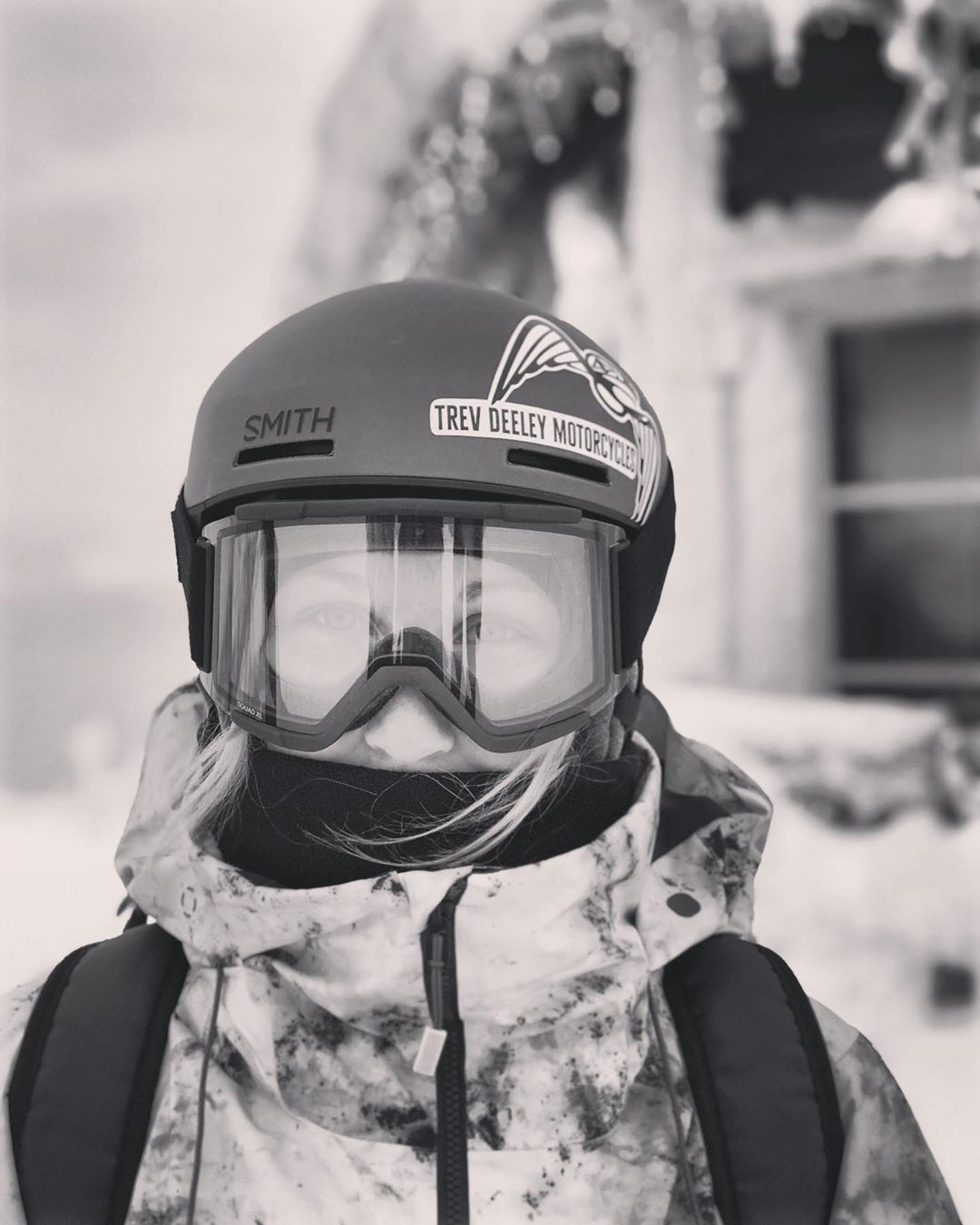 What other sports and interests do you have and how do you think they aid you in SBX racing?

In high school I played rugby, soccer, and I also wrestled.  If I didn’t choose to follow my SBX dream, I probably would have gone to university right out of high school to pursue rugby.

How do you feel about the inaugural Barrels and Berms FIS SBX World Cup being held in Big White Ski Resort, B.C. this January?

So excited!! First world cup in Canada since 2013? I don’t even remember it was so long ago.  Big White is a great venue and a lot of work has gone into the event and I am so happy to be competing in Canada again.  Also, my parents are coming out to watch and I love having them at races.

Have you trained much in Big White before and do you think that will give you an advantage over the International field?

I haven’t trained in Big White that much.  Big White has hosted about 10 Canadian Nations as well as multiple Nor Ams.  So yes, I guess I have had a lot of experience competing at Big White. I think a big advantage to that is having competed there in the worst weather possible and still be able to make the most out of it.

It is really hard to say who the women to beat are until the season gets going.  The tracks change a lot from year to year as well as different venues. Depending on the track it can be an advantage to some people’s strength or it can be a big disadvantage.  Having said that, the Canadian girls have put in a lot of work this summer and training has been going great! They are the ones to beat!

How has your preparation for the season been going and what does that look like?

I had knee surgery last December, so I have been doing a lot of rehab and training at the gym.  I spent a lot of time working to get my strength back and then to be powerful, explosive, and quick.  Then we had a training camp in Chile in August and that’s where I got back on snow and started with basic turning drills.  In Saas-Fee, Switzerland in October I started to hit jumps and work my way into some of the features on track. Now here in Finland I am riding the full track and working towards race specific training. 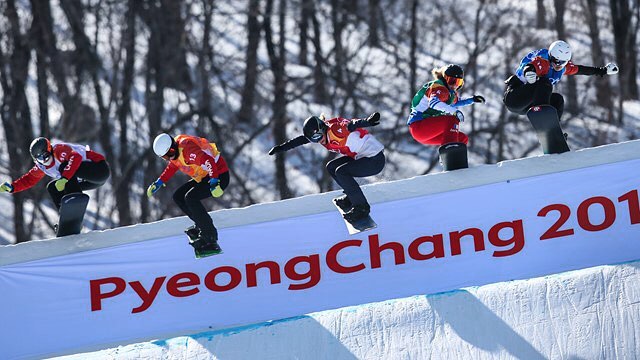 What is the scene like between the men and the women in SBX? You race the same courses and race at the same speeds. Could you ever see a mixed field event?

It’s cool to see that men and women in every snowboard discipline (Alpine, Slopestyle, Halfpipe, Para and SBX) ride the same courses.  For SBX specifically we all work together to become better as a team.

At the Big White World Cup there is a Teams SBX event. How does the SBX teams event work and what does it bring with it that makes it different tactically from the individual event?

For the SBX team event, it is one man and one woman on a team. Men start off the race in the gate together like any other regular race.  Once the men are on course the women enter the gate and once their teammate crosses the finish line, their gate at the start will open and they continue to race. Tactically it is similar for the men, but the women coming down second have to be prepared to start the race in any position.  They also have to be ready for their opponent’s gates to be dropping and still focus on their own gate.

Which do you prefer doing? The Teams event or the Individual?

I love the individual event of course; it is why I got into SBX and that is where I can really push myself.  I prefer to do both though because the team event is less pressure and I have so much fun competing with fellow teammates.