BEYOND THE PODIUM: Darren Gardner 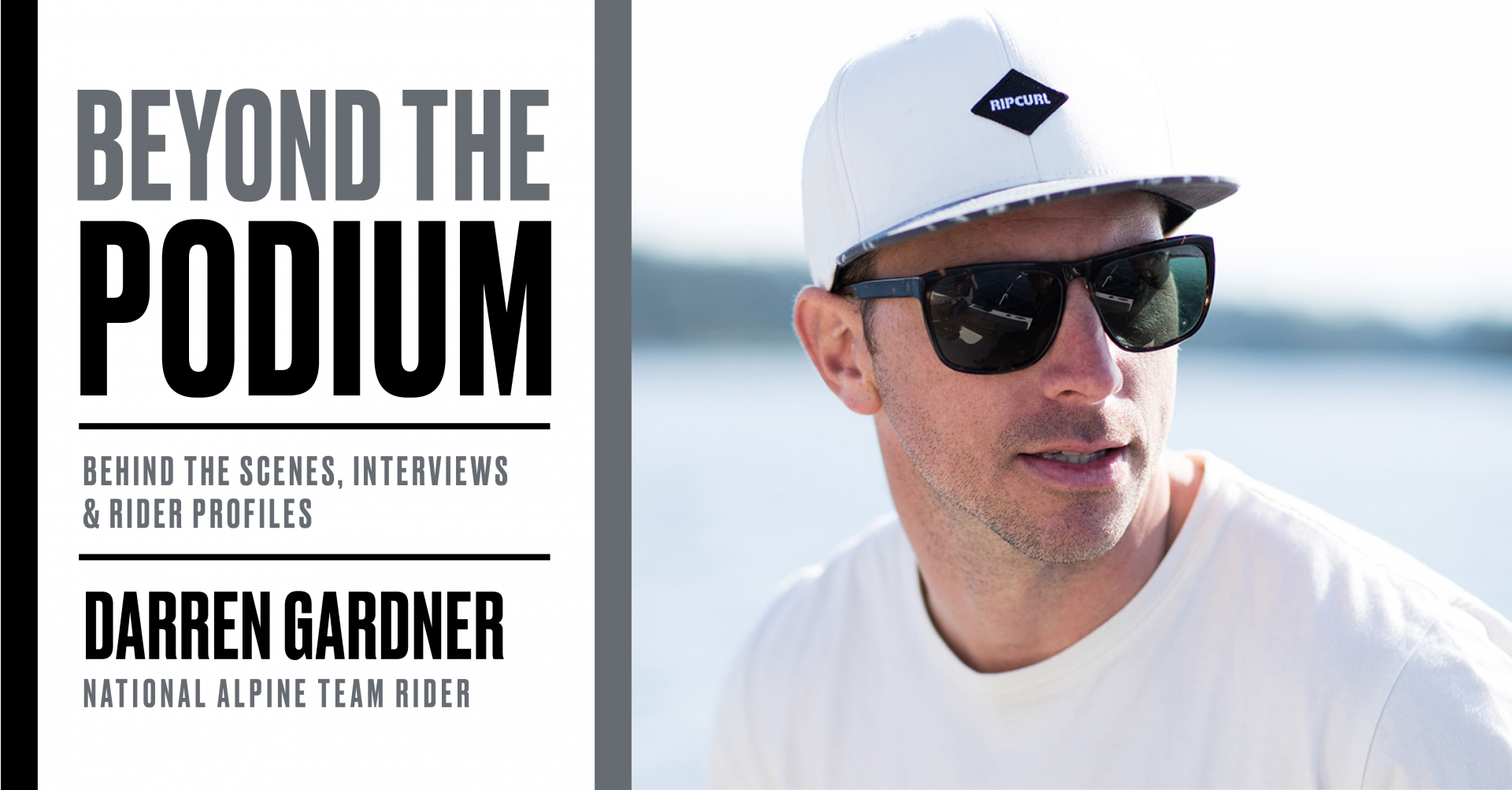 Darren is our surfer, mountain biker and all-round outdoors man. He also happens to be the top Canadian ranked Alpine racer right now and trending up heading into the inaugural FIS TKO Alpine World Cup in Blue Mountain, Ontario Feb 29th – 1st March. He will be the man to watch when he steps into the Blue Mountain arena to go head to head with the world’s best. Let’s catch up with Darren for a few questions and anyone who doesn’t – it’s time to start following our National Alpine racers.

Where do you see potential growth in the Alpine discipline?

Ontario and Quebec are always the hotspots for alpine. I think it’s due to a couple factors. The mountains or hills are smaller and typically icier out east than out west, which promotes more performance-based equipment on those conditions. I also think that, as the perception of alpine snowboarding shifts to the fact that carving is cool again, we may see other programs popping up around the country.

How challenging is getting to the top of the discipline at the moment?

Haha, very hard. It’s a technical and power-based sport that, for some reason leans heavily on experience. The top 32 in the world right now are typically only separated by a second, so you really have to be on it. Also, in the recent years the financial support has been challenging, which adds to the difficulty of getting to the top. Although support is definitely better, it is still a challenge that adds to the difficulty.

As a ‘professional carver’ have you got into the carve movement in recent years experimenting with new shapes and styles of boards?

This sport has two markets. I definitely associate more with the racing part of alpine snowboarding, as opposed to the free carvers. I experiment with new shapes and flex profiles and side cuts of snowboards to find a competitive edge and to get faster, not for arcing benders, though it is fun. 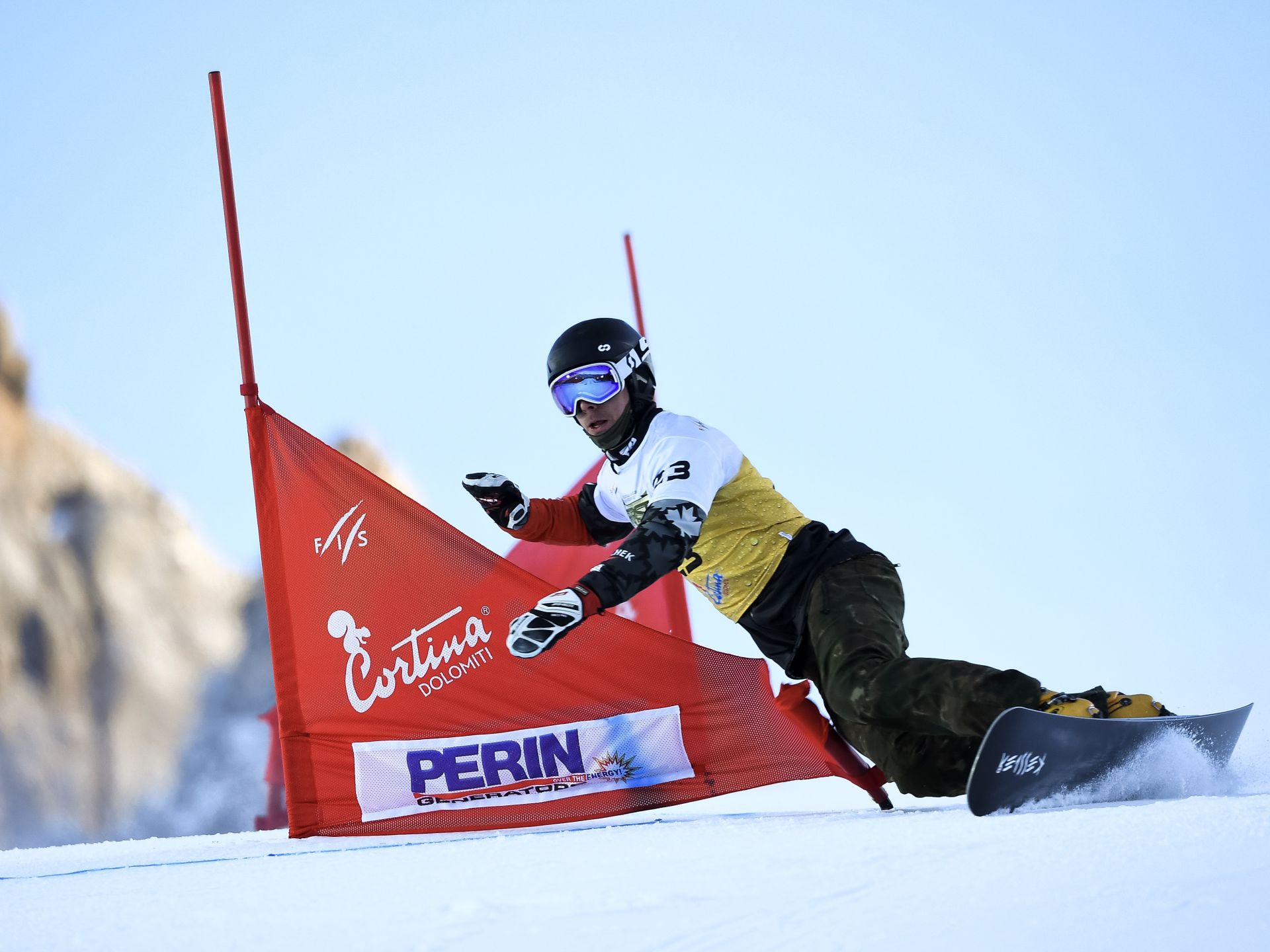 What countries are the powerhouses and why?

For men, countries that come to mind are Austria, Italy, Russia and Slovenia. They all seem to have a couple things in common- a big budget and depth with the riders. All of these teams have at least 3 men that can be on the podium on any given day.

What do you do off snow to train for Alpine at World Cup level?

I’m a big believer that the 1/10th of seconds are won in the gym. We put everything into our turns, so this sport benefits the people who are willing to put in the work in the gym. I’m also a huge advocate for cross training sports. I love mountain biking, surfing and riding powder and getting into the back country. I think all of these can contribute to success on snow.

What is the community like in Alpine? The freestyle disciplines are so tight across all countries – is the scene different in Alpine?

For sure I have a bunch of international friends, but I think because it is a raced based sport and have been around longer than any other discipline in the Olympics, national teams are competitive and don’t openly speak about what they are changing with equipment and service men are pretty secretive about how they are preparing the boards for race day. The vibe is friendly as long as you’re not talking about snowboarding haha.

What are the benefits of having the World Cup in Blue Mountain Resort, Ontario?

I think its huge. It allows our sport to be seen in our country, which historically the market has been dominated by Europe and Asia. There is also a correlation for homefield advantage and success at world cups. Having family and friends around is something that we never have the luxury of, so I’m happy we are getting the chance to do that.

How can the sport of Alpine improve on itself? Do you think the community is key to its popularity?

I think the perception of Alpine is definitely changing. 10 years ago when slopestyle was gaining traction alpine was seen as uncool and inevitably created some tension within the snowboard community. The mainstream snowboard brands stopped making alpine boards, which definitely hurt the sport, but I think this sport is gaining traction. Now when I get stopped, I get questions like “omg that’s so cool, where can I get one of those boards?” I think the community should be open to helping people who are interested and point them in the right direction, and if more people did this then maybe we would see mainstream brands bring back carving boards

How did you get into Alpine racing as a kid?

My Dad got me into snowboarding. He was one of the only snowboarders at that time at our club. I started snowboarding when I was 4. My parents wanted me in organized sport, and at that time all there was at my club was a Snowboard racing program. That’s how it all started. 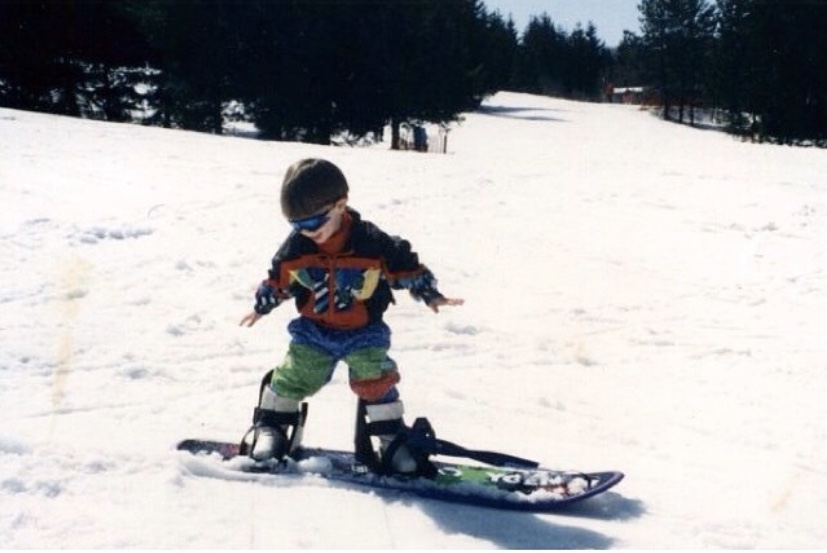 As a very technical discipline what does a training look like for you?

Can you take us through a World Cup day by day? (what happens with the board prep, courses, mind, body, is there a psychological game, are there fierce competitors, angry nasty coaches etc. I don’t kno0w what happens at these events but I do at HP, SS and SBX. Give us the dirt on high level competition in Alpine?

Usually we are up pretty early as the full event (quali’s and finals happen on the same day) so it’s important to manage your energy. It starts with breakfast and a warm up and then inspection of the course before the race starts. Inspection is key, because you are looking where you can find speed, where you can maximize the line choice or where you need to ditch some speed in order to be faster through certain sections. There are certainly loud athletes, especially when they are about to drop and psychology is a huge part of this sport. I’m usually plugged in listening to music, off on my own getting into the headspace and warming and blocking out the noise. The service man is getting the board race ready and 5 minutes before I’m about to go I head back into the race area and grab my board, shut off the music and go over my game plan. When the gate drops its game on.

What do you do when you are not Snowboarding?

I go to school at Quest University in Squamish, BC. I’m also a big biker, surfer and love exploring in the back country. I camp in the summer and love spending time with friends or heading home to Muskoka and spening time at the cottage.

Family, friends and sponsors. Without them, I wouldn’t be able to do what I do. I want to thank them for being patient, supportive and understanding throughout the process. It’s a long way to the top, and I appreciate everyone in my life that have created a supportive and positive environment. 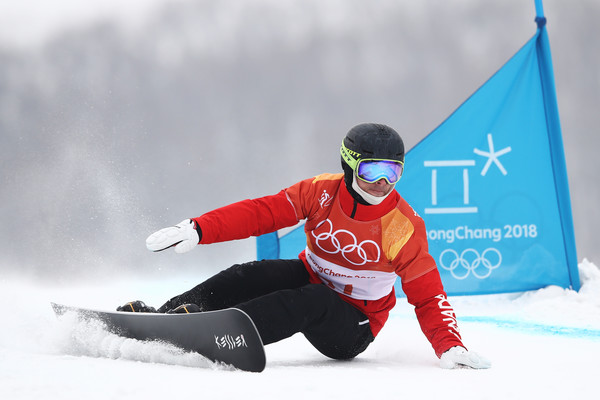 BEYOND THE PODIUM: Darren Gardner

BEYOND THE PODIUM: Jasey-Jay Anderson