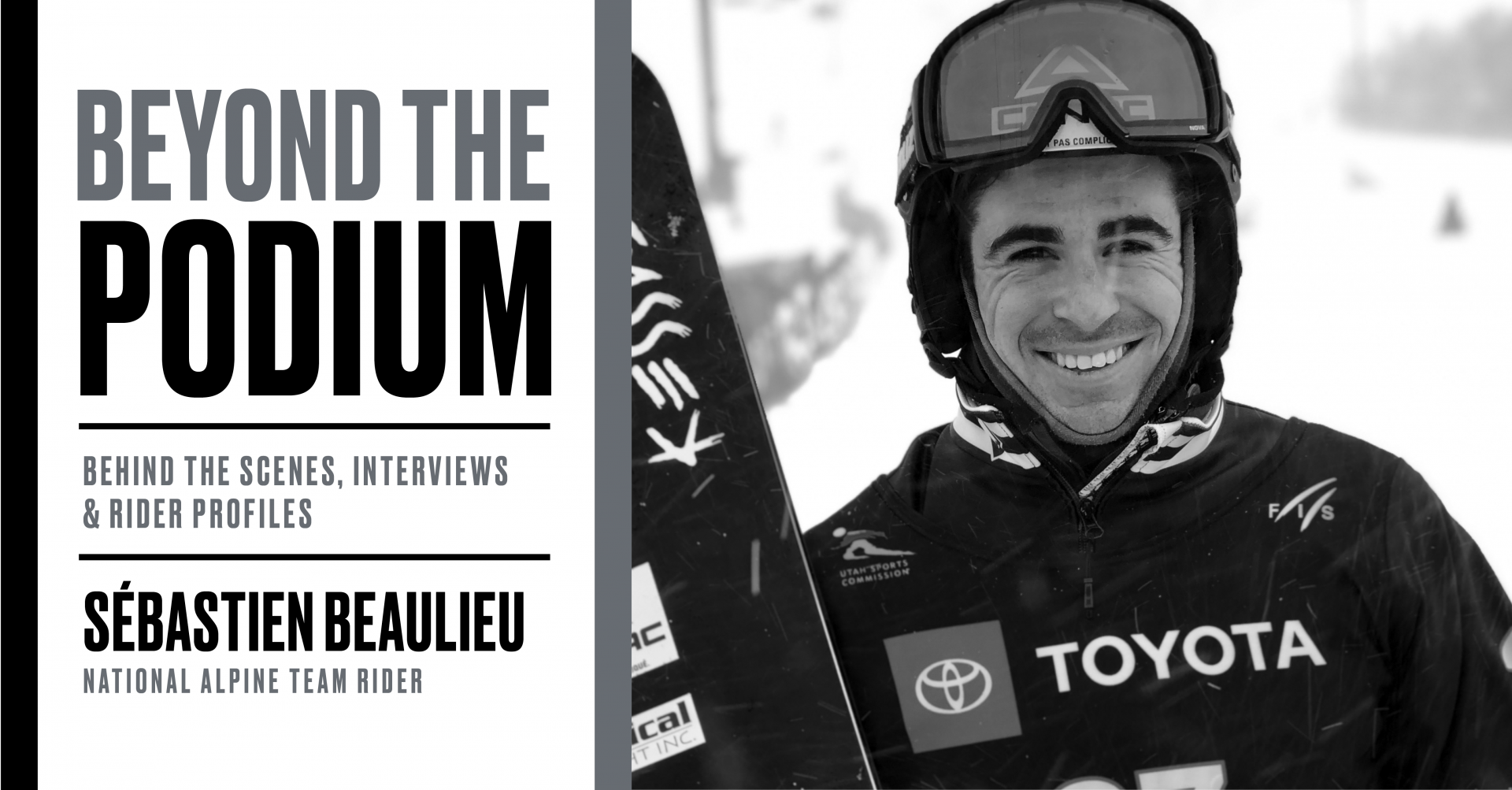 Seb Beaulieu is one of the World’s top carvers. He is inching his way up the FIS World Cup ranking list for Canada just a few milliseconds at a time.

How did you get into Alpine racing as a kid?

I was actually in the Slopestyle team at Mont-Sainte-Anne, also doing trampoline and diving in the summer. Fully committed to freestyle but everyone kept telling me how good I was at carving and that I should really try Alpine Snowboarding. So, I finally did and felt it love with it! The G-Forces you get during a turn…there’s just nothing like it.


How challenging is getting to the top of the discipline at the moment?

Very challenging! Times are so tight right now I’ve never witness this before! On the men’s side you can have all 16 men in finals within .5 of a second. It’s insane how competitive it is right now

As a ‘professional carver’ have you got into the carve movement in recent years experimenting with new shapes and styles of boards?

I’ve tried a few pow boards and just got a split board which I’m very excited about. I’m also always experimenting with my race setups, but that part is top secret ;) 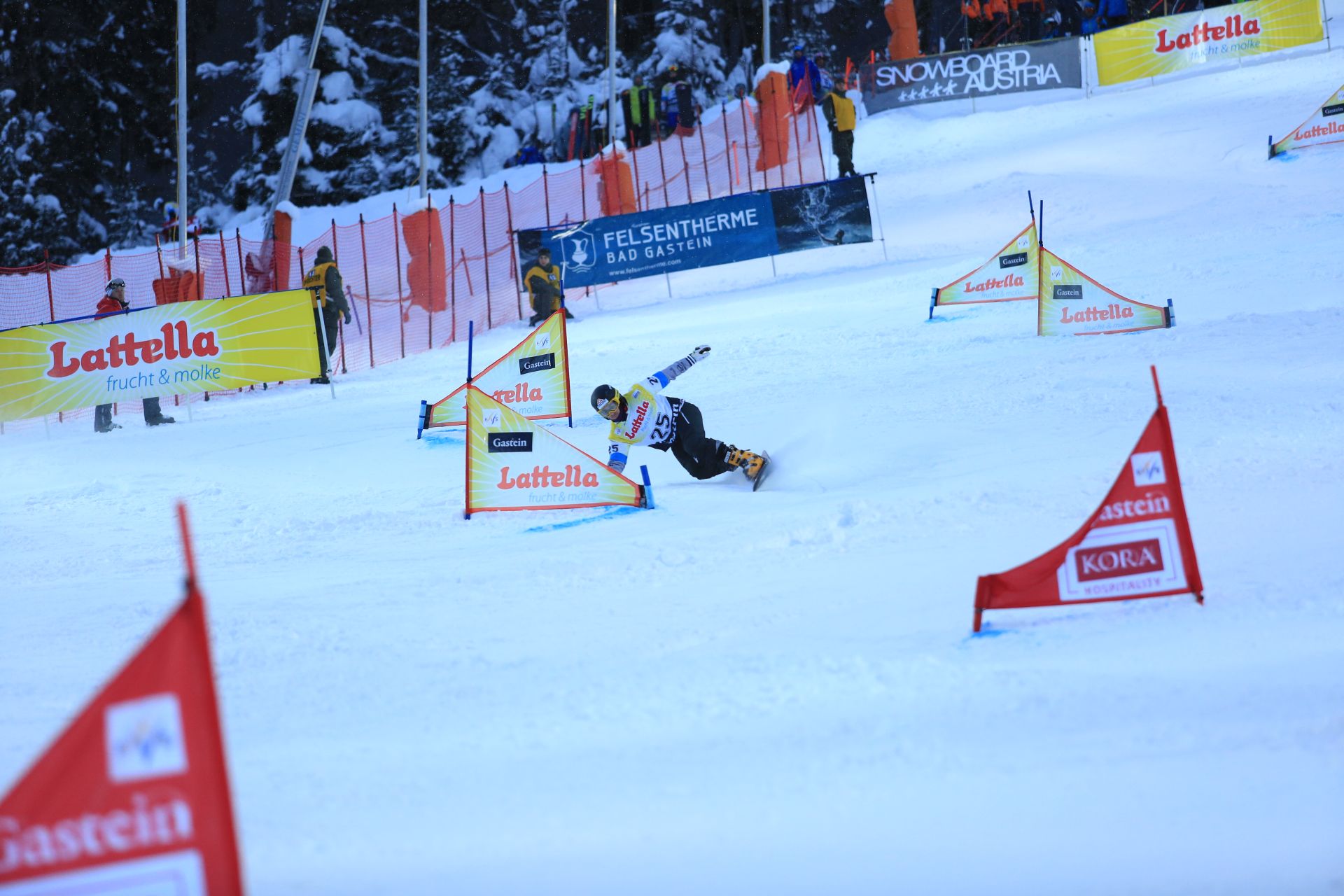 What countries are the powerhouses and why?

I’d say Russia. They have invested a lot in their Alpine program and developing the Next Generation and it’s paying off! Also, keep an eye on China as they are going to kill it in 4-5 years.

Where do you see potential growth in the Alpine discipline?

Alpine snowboarding popularity is growing at an astounding pace in areas like Russia, South Korea and China. I was amazed to see the amount of hard-booters when we travelled there! I see potential growth anywhere where it doesn’t snow that much, and people try to have fun riding their softboot setup! Hardboots and race boards are so fun on a hard surface!

What do you do off snow to train for Alpine at World Cup level?

Lots of Olympic Weightlifting and Plyometric work in the gym. I also mountain bike and kitesurf. I actually did two Enduro races on my bike this summer, but I’m definitely faster on my board!

What is the community like in Alpine? The freestyle disciplines are so tight across all countries – is the scene different in Alpine?

Everyone knows everyone it’s a small world and we’re all super chill! 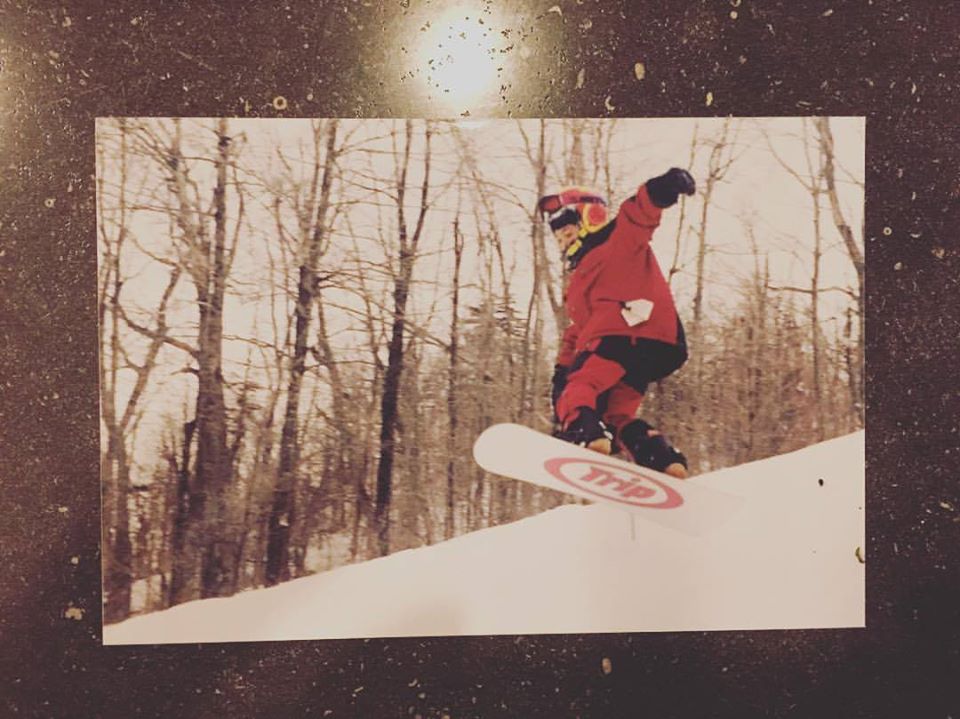 What are the benefits of having the World Cup in Blue Mountain Resort, Ontario?

The biggest one for us is that we know the slope! With the current WC rules, you can’t train on the slope 5 days prior to the event so most of the time our first run on the race slope is our first qualification run! But not this time. We raced there last year during Nationals and we will also go there for some training at some point in February.

How can the sport of Alpine improve on itself? Do you think the community is key to its popularity?

I personally think we race too often on easy slopes. Which doesn’t showcase all of our abilities. People want to see us going 60km/h inches from the snow. Not a big fan of Blue slopes racing all year long. I definitely think the community is key and we often sit all together to discuss these kinds of issues.

As a very technical discipline what does a training look like for you?

Most of the time I’ll pick a “technical daily goal” and my coach will set a course and I’ll do 6-10 runs in it trying to improve on the aspect I picked. I’ve been doing it for so long I tend to keep things pretty simple.

Can you take us through a World Cup day-by-day? Give us the dirt on high level competition in Alpine…

Haha I would say the most interesting part about Alpine disciplines is that, contrary to skiing, there’s no rules on equipment! So, there’s a lot of mind games around the equipment side of things since we are free to do anything we want. Different sizes, shapes, radius, stiffnesses, different plates etc. We are all chasing milliseconds. Top secret stuff.

New disciplines have evolved in snowboarding since its beginnings and all of them have grown from Alpine. What would you like to see as the next discipline to grow from Alpine?

I think Halfpipe could learn a lot from Alpine. Watching a few events last year, riders could definitely improve their carving skills, allowing them to go higher and also do more hits. I also wasn’t impressed with the overall performance of the majority of their snowboards. Most were lacking edge grip. I personally wouldn’t want to hit those icy halfpipe walls without trusting my equipment 100%. 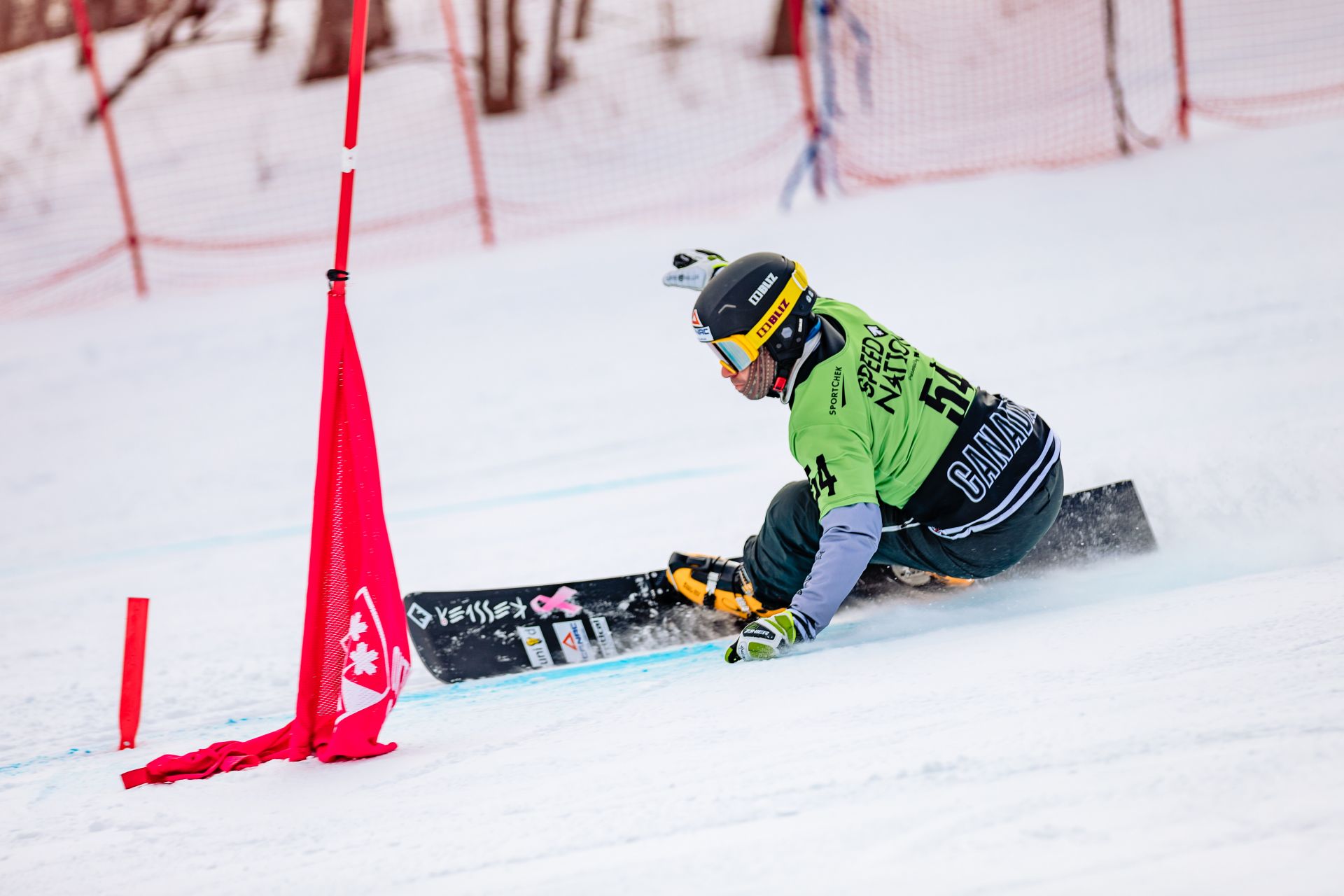 What do you do when you are not Snowboarding?

I take care of my two Golden Retrievers Pixel and Mia! I’m also doing a Bachelor in Sport Intervention at University Laval and I work from time to time doing contracts in Sports Events for Gestev.

BEYOND THE PODIUM: Jasey-Jay Anderson