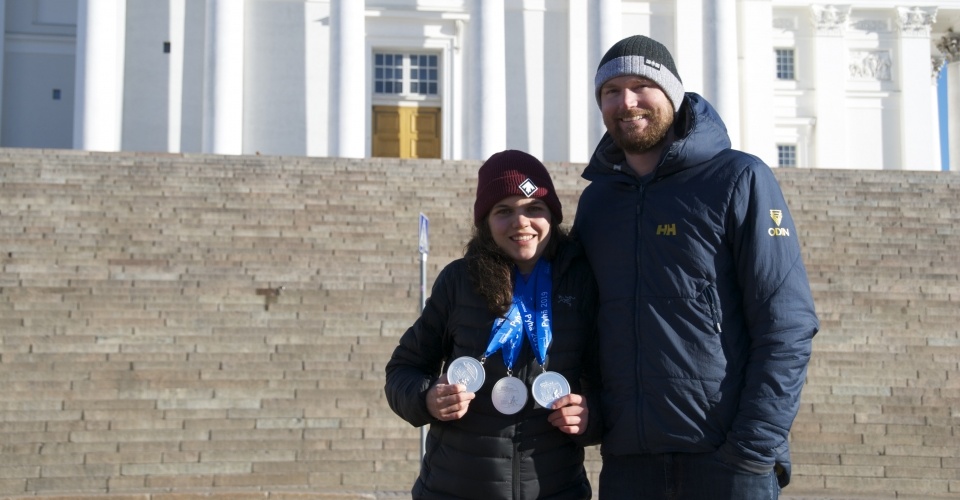 Sandrine Hamel and her coach in Finland during the World Championships

Sandrine Hamel has claimed 2nd place overall in the IPC Banked Slalom world ranking to cap off her fantastic season.

Sandrine competed in 7 World Cup events this season, her stand out performances this year included 2 silver medals at the 2019 Pyha World Para Snowboard Championships, in both banked slalom and SBX and her back to back silvers at the Landgraaf Para-snowboard Banked Slalom World Cup 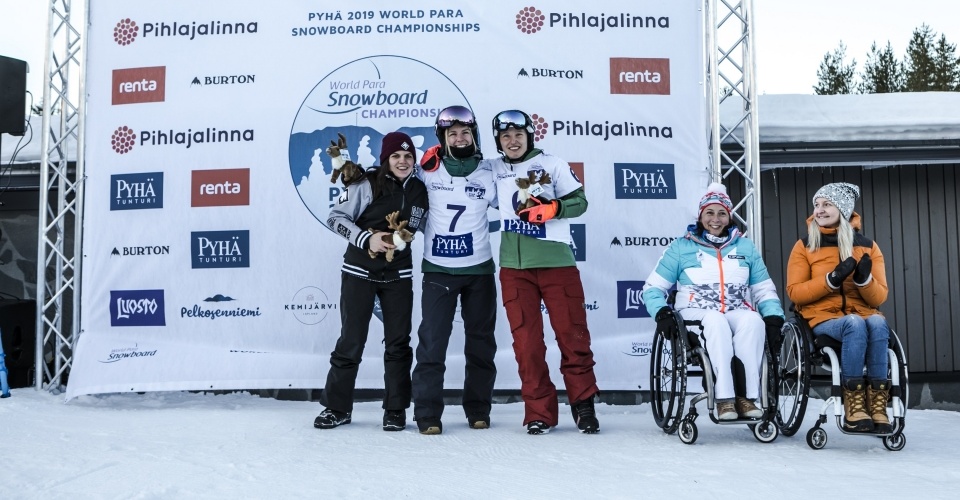 Sandrine had this to say about her stand-out season,

<<Two years ago, I took part in my first banked slalom race on the world circuit in Landgraaf (Netherlands, 2016). I remember that this event was a total disaster for me. So, this season was really special, because I was able to win my first two medals in this discipline at the same place (Landgraaf 2018).

I think I gained a lot of confidence at the beginning of the season after this event and it allowed me to perform well in the races that followed and win the 2nd place overall in banked slalom.

I could not be more grateful for the people who helped me become a better snowboarder over the years especially my teammates and my coaches.>>

Fresh off the heels of her best performances on the world stage, Sandrine will be one to watch in the next couple seasons leading up to the 2022 games. 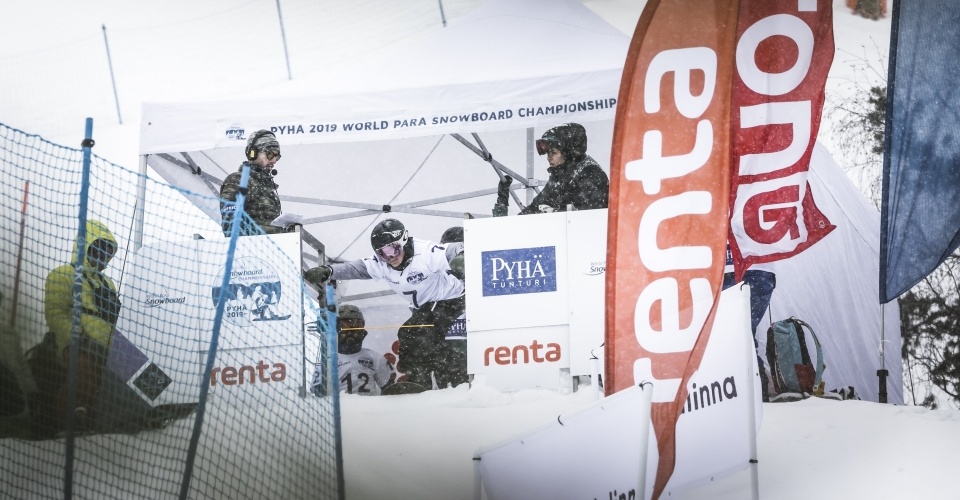