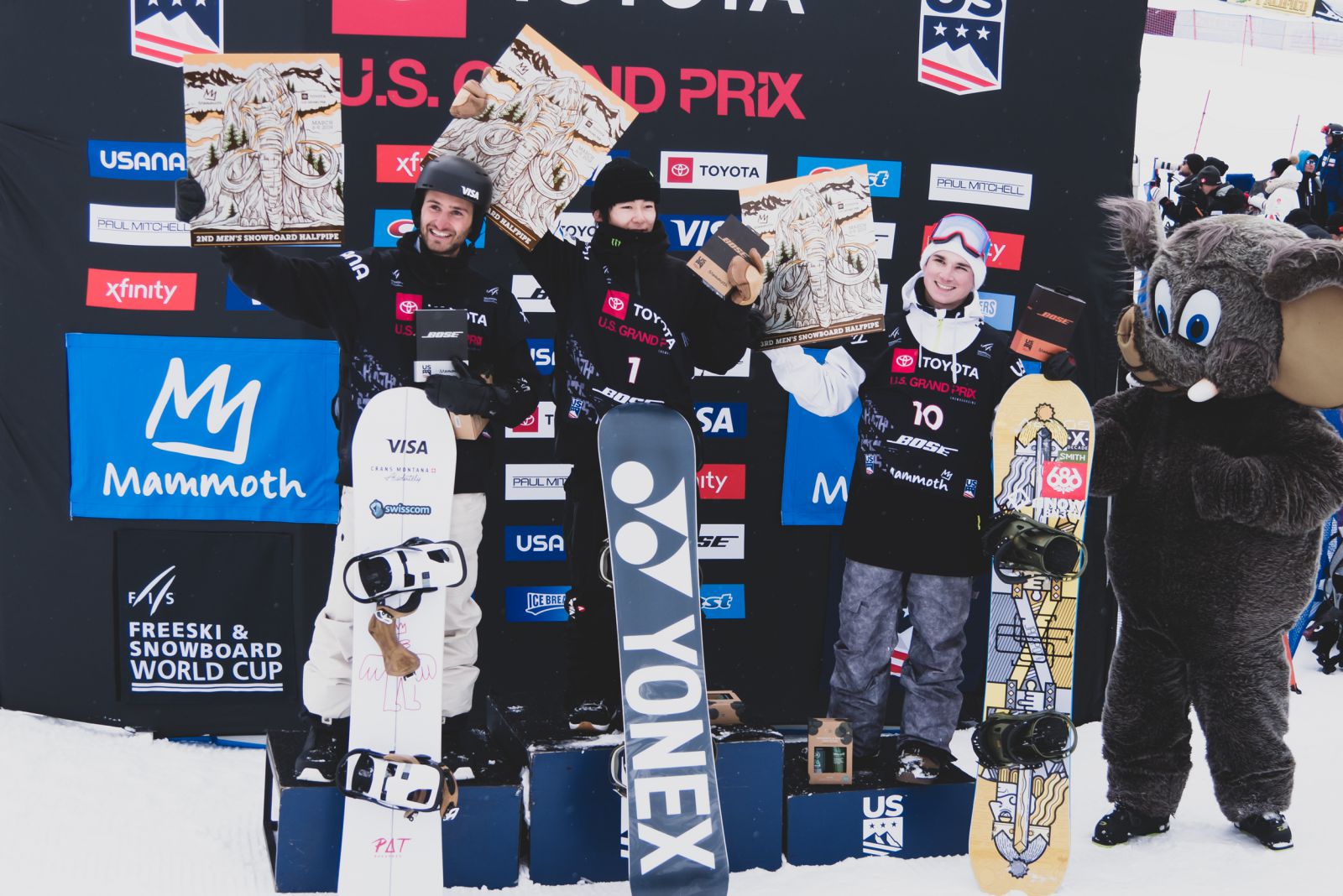 The US Grand Prix Halfpipe Finals at Mammoth Mountain, California set the stage for the final halfpipe World Cup for the 2018/2019 season. Windy conditions were just another element to challenge the riders on this day, however it didn’t seem to throw Canadian rider Derek Livingston (Aurora,ON) off his game. With two impressive runs including one that landed him the bronze medal. Yuto Totsuka (JPN) won gold with a score of 95.75, Patrick Burgener (SUI) grabbed silver with a score of 91.75, and Derek Livingston (CDN) claimed bronze with a score of 86.00.

Notable performances in halfpipe at the US Grand Prix from Canadian riders saw the likes of Elizabeth Hosking (Longueuil, QC) who finished in 5th for a career best achieving her first top 5 on the World Cup circuit. On the men’s side Shawn Fair (Calgary, AB) finished in ​12th, Jack Collins (Calgary, AB) placed 27th, followed by NextGen Team rider Breaden Adams (Calgary, AB) in 31st.