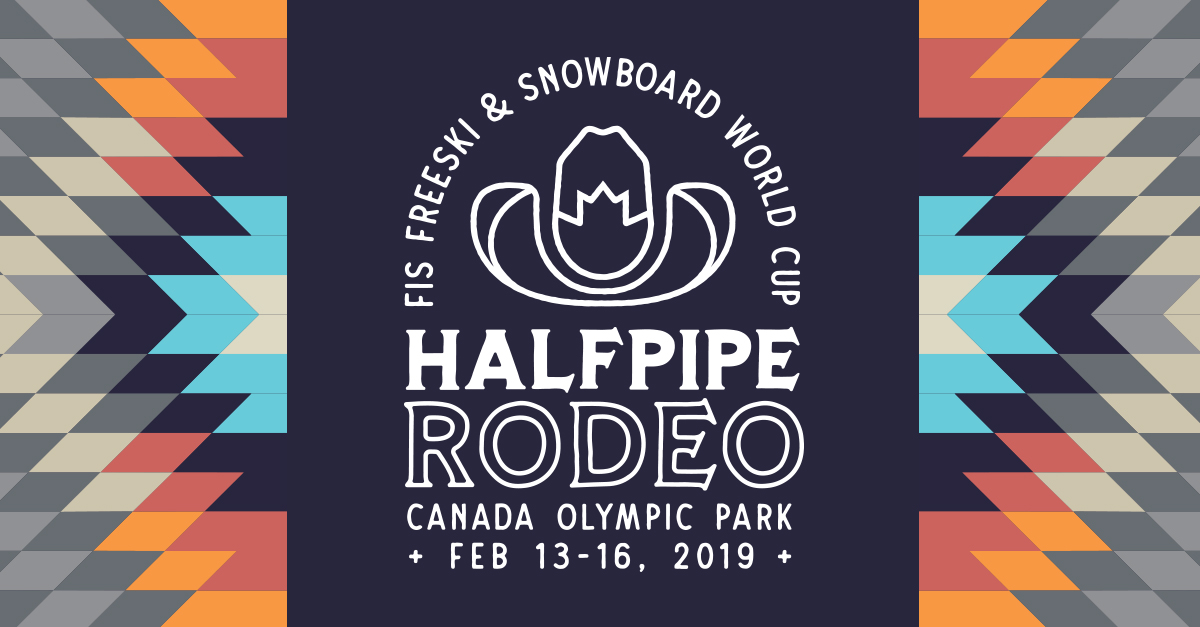 Canada Snowboard and Freestyle Canada are pleased to announce the Halfpipe Rodeo FIS Freeski & Snowboard World Cup will be coming to Calgary, Alberta from February 13-16, 2019. Canada and the World’s best Ski & Snowboard Halfpipe riders will all feature in WinSport's 22 foot Superpipe at Canada Olympic Park (COP) over the course of the four day festival.

“It’s awesome having a Haflpipe World Cup come back to Canada and I’m so excited to be competing on home soil. I’ve always loved competing here in Calgary, and it’s amazing hearing the crowd cheer you on”, said two time Halfpipe Snowboarding Olympian Derek Livingston. “Many people don’t know that we have a world class Halfpipe right in the city and this is a great chance for families to come out and see what snowboarding is all about. The best part is we have a lot of local riders competing in the event this year, and hopefully that can inspire the next generation of snowboarders.”

"I’m really excited to have a World Cup in Calgary. It’s always nice to have a competition so close to home, my family and friends can come watch me ski which they don’t get to do very often! I love the Calgary halfpipe, one of the best shaped halfpipes there is. Really looking forward to showing Calgary what our team's got!" added Cassie Sharpe, PyeongChang 2018 Halfpipe Ski Gold Medalist.

Calgarians and their families will have the rare opportunity to watch Canadian stars such as Olympic Halfpipe Skiing gold medalist Cassie Sharpe (Comox, BC), two time Snowboard Olympian Derek Livingston (Aurora, ON), and rising talents Elizabeth Hosking (Longeuil, QC) (Snowboard) and Rachael Karker (ski) compete on home soil. The 22 foot Superpipe located at Canada Olympic Park, the only of its kind in Canada, is a regular training spot for both Canadian National Halfpipe Freeski and Snowboard teams.

Tourism Calgary sees the Halfpipe Rodeo as another opportunity to reinforce Calgary’s position as a premier winter sports city in Canada. “A key function of Tourism Calgary is to support the attraction, development, promotion and activation of events,” says Jeff Daniels, Executive Director, Sport, Culture & Major Events. “Working together with WinSport, Canada Snowboard and Freestyle Canada provides an opportunity to collaborate on a dynamic event that will further strengthen our reputations as an ultimate host city. We’re thrilled to once again be hosting a Halfpipe World Cup.”