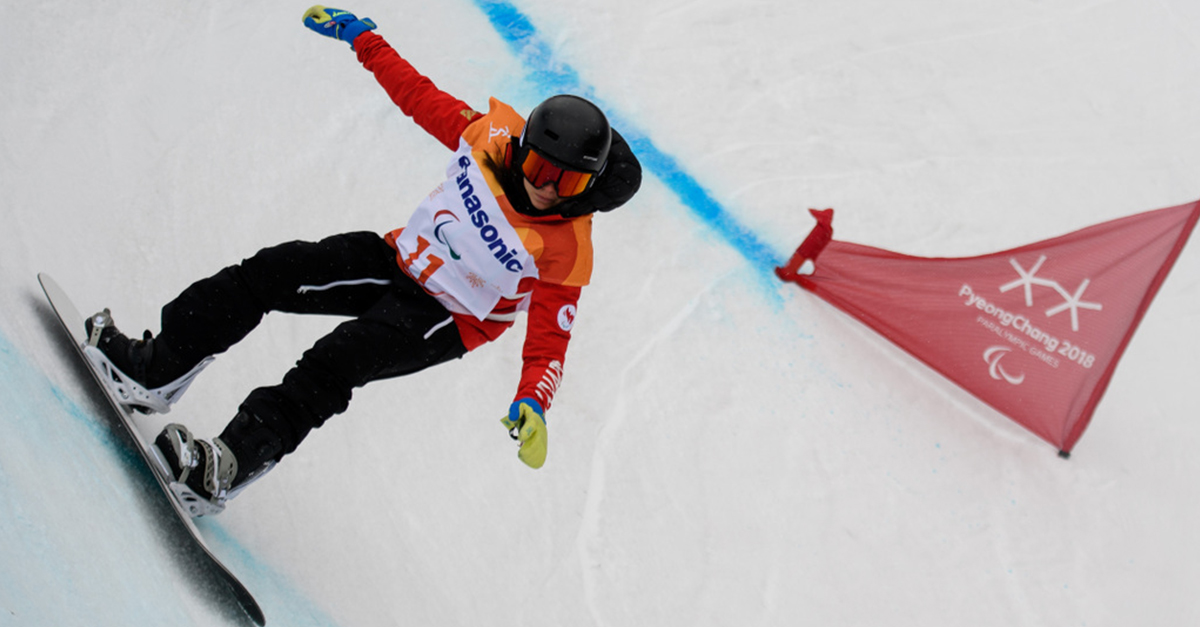 Sandrine Hamel (Saint-Sauveur, QC) took home the silver medal on Wednesday morning at the Landgraaf Para-snowboard Banked Slalom World Cup. This is Hamel’s first ever World Cup podium, and comes a year after narrowly missing out on a podium by two tenths of a second at the same event.

Competing in the Lower Limb 2 impairment category (LL2), the 2018 PyeongChang Paralympian laid down a time of 47.75 seconds to take home the silver medal.

"I’m really happy to have reached my first world cup podium, I’ve worked very hard to achieve this" , said Hamel. "Having the chance to improve my ranking on my second run was a relief, but was also a euphoric feeling at the same time."

Alex Massie (Barrie, ON) took home the bronze medal in the Men’s LL2 category, with John Leslie (Arnprior, ON) barely missing the podium in 5th.

Hamel posted her best time of 48.52 seconds on her first run, and that was all she needed to secure her second medal in as many days.  On the men’s side, John Leslie (Arnprior, ON) was barely a second off the podium, and capped off a strong performance in the Men’s LL2 category by finishing in 4th.

The Para snowboard team will now return to Canada before heading to Breckenridge, Colorado for the Dew Tour Adaptive Banked Slalom on December 13th.