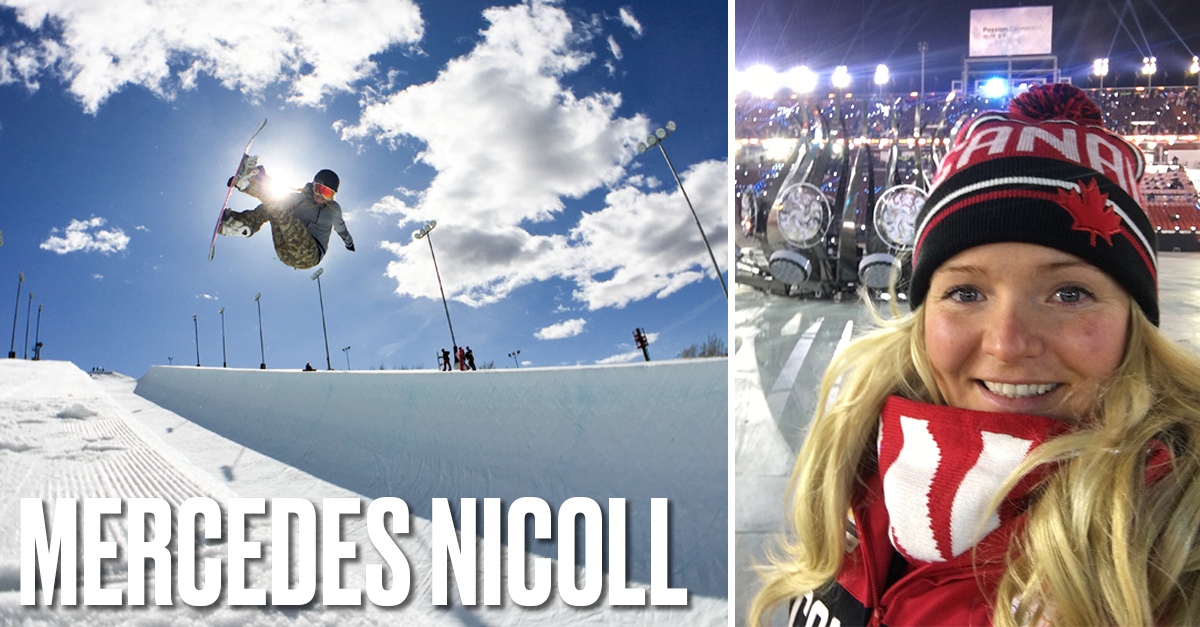 Off the back of her fourth Olympic Winter Games appearance, Mercedes Nicoll (Whistler, BC) has made the decision to retire from competitive Halfpipe snowboarding. Participating in her first World Cup in 1999, Nicoll has represented Canada at Torino 2006, Vancouver 2010, Sochi 2014, PyeongChang 2018, in a career that spanned 67 World Cups and 7 FIS World Championships appearances where she accumulated 8 podium finishes and 5 national championships.

Nicoll has been a staple of the Canadian National Halfpipe Snowboarding Team for over 15 years, and has mentored and inspired hundreds of young canadian snowboarders throughout her impressive career. While the decision wasn’t an easy one to make, Nicoll felt the timing was right.

Making her first appearance at an Olympic Winter Games at Torino in 2006, Nicoll’s best result came 4 years later in her own backyard at Vancouver 2010, where she finished just off the podium in 6th position. Nicoll would then go on to compete at Sochi 2014 before capping off her Olympic career as an athlete at the PyeongChang 2018 games.

One of Nicoll’s greatest qualities was perhaps her resiliency, with the Whistler native famously making a return to competition a year and a half after suffering a concussion at the 2014 Winter Olympic Games. She has since been an a champion of mental health causes and a key spokesperson for Bell’s Let’s Talk initative, which aims to eliminate the stigmas surrounding mental health.

"I look back now with no regrets, my crash in 2014 let me learn more about myself, how driven, focused, stubborn and dedicated I am. I can honestly say I'm proud of my accomplishments in my competitive career in halfpipe."

Despite no longer being on the competition circuit, Nicoll still plans on being involved in Canadian snowboarding for years to come. She also plans to continue her role of president on the athlete’s council, a sub committee aimed at giving National Team members a voice on the Canada Snowboard Board of Directors.

"The future is wide open, I'll be at Whistler Blackcomb doing the ride with an Olympian program, looking forward to possibly mentoring/coaching as well as more on camera hosting."