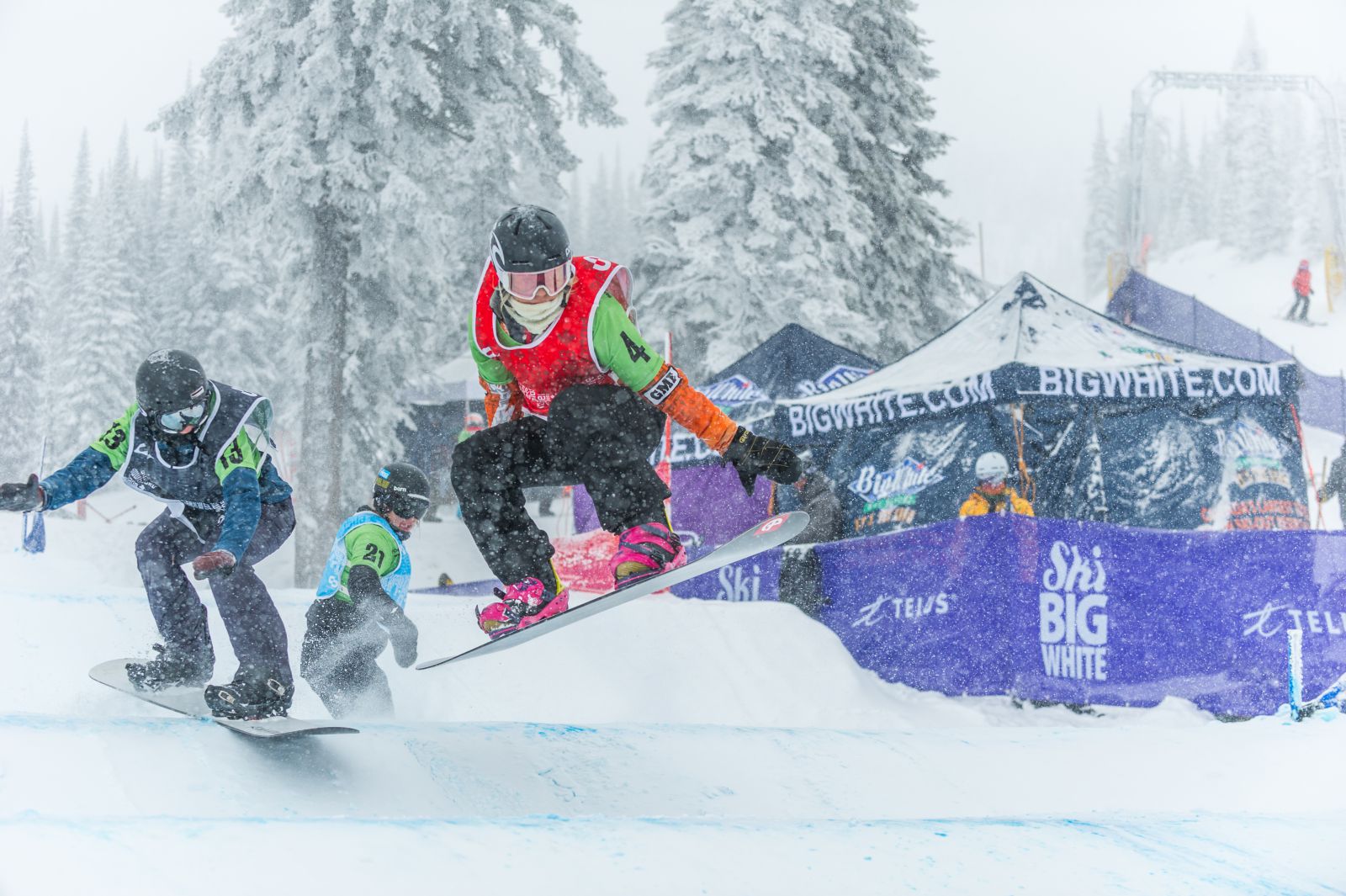 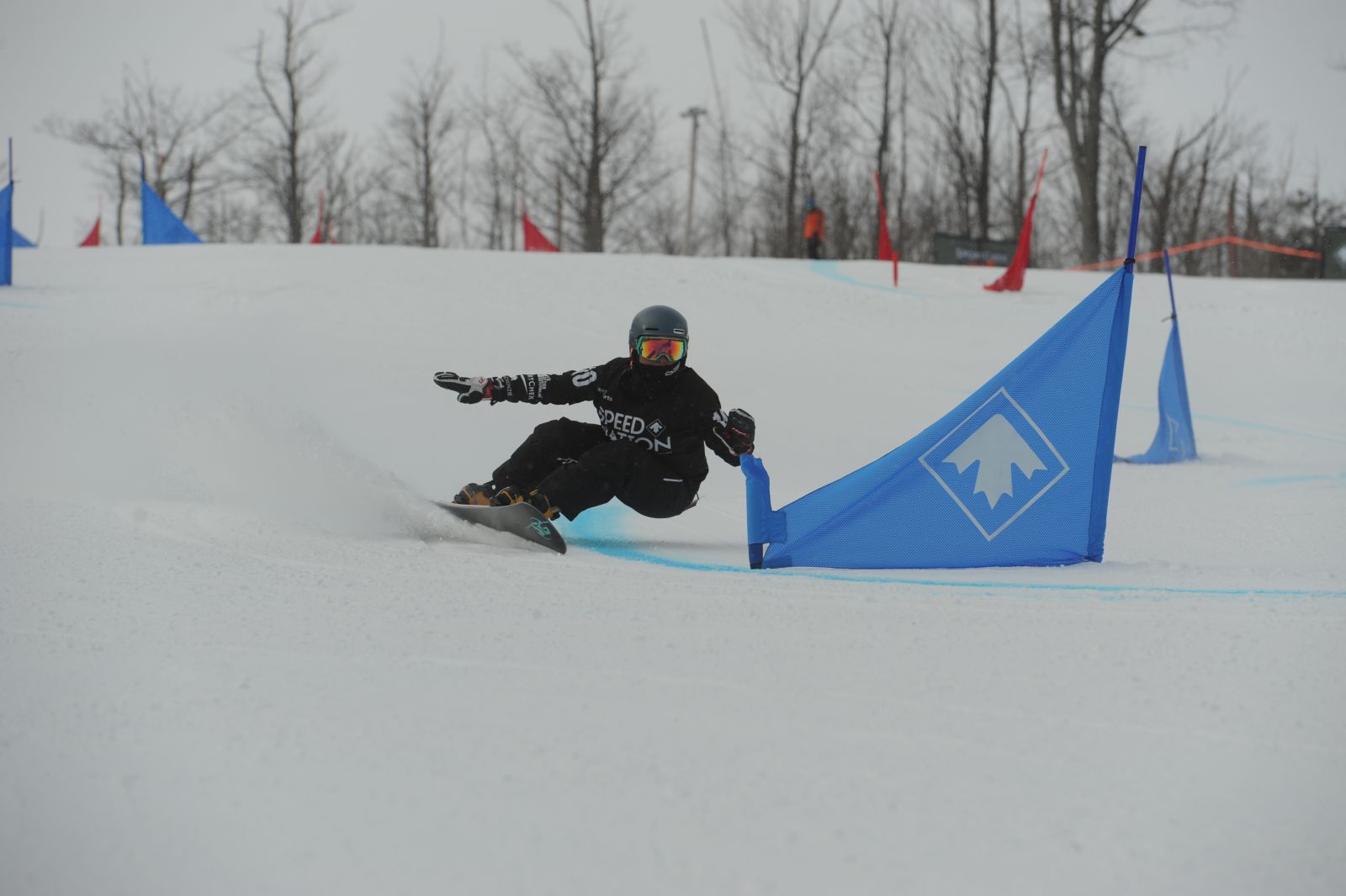 In the next day’s Parallel Slalom Senior Nationals race, it was Sébastien Beaulieu’s time to shine as the Quebecer took top spot, with Dev team rider Jules Lefebvre taking home the 3rd spot (and the win in the unofficial push-up contest).

The Junior Nationals Championships didn’t disappoint with strong performances among an international field.  In the Parallel Giant Slalom Canadian National Team Rider Arnaud Gaudet (CAN) took the top spot, followed by Korean riders Seok-Jin Shin in 2nd, and Yong-Hwi Kwon in 3rd. On the women’s side Seo Hee Jang (KOR) took the win followed by Abby Van Gronnigen (CAN) in 2nd  and Alison Friebel (CAN) in 3rd.

Day four consisted of the Parallel Slalom Junior Nationals with Arnaud Gaudet taking 1st once again, Seok-Jin Shin (KOR) in 2nd, and Canadian National Team rider Richard Riley Kilmer-Choi in 3rd. Alison Friebel (CAN) took the top spot on the women’s side followed by Seo Hee Jang (KOR) in 2nd and Lauren McKay (CAN) in 3rd.

The Mazda Super Grom Mini Alpine event was a fast and fun one hosted by Alpine Ski Club and Snowboard Ontario. This event was for the young guns. After the kids finished speeding around the gates they got to roast marshmellows by the outdoor fire. 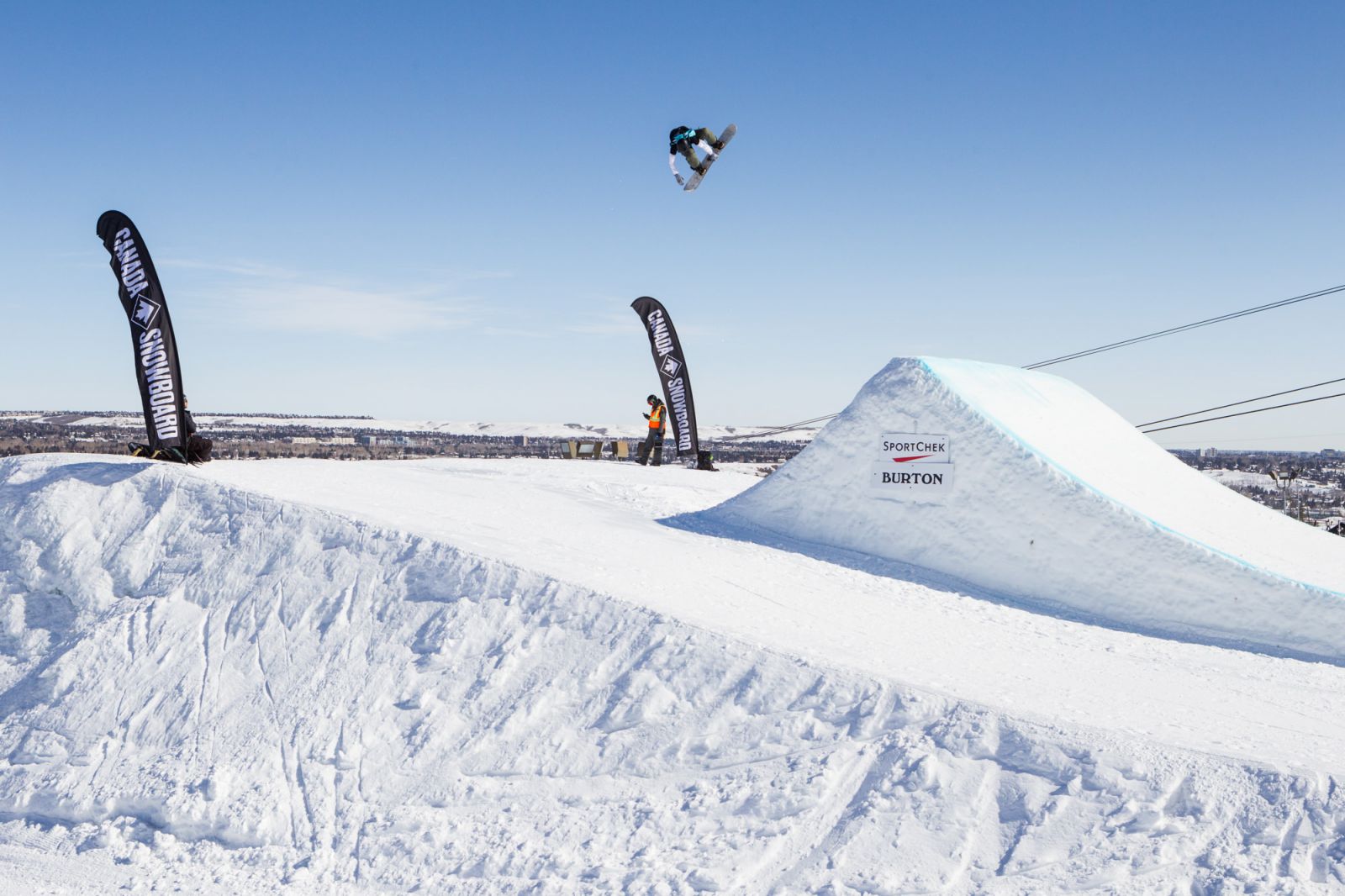 After two years in Ontario, Freestyle nationals made their way across the country to Calgary’s Winsport Olympic Park where Alberta Snowboarding put on a show for the country’s best up and coming freestyle riders with Slopestyle, Halfpipe and Big Air contests.

Putting in work all season the NextGen Slopestyle team made their mark at Nationals, with Jasmine Baird and Sommer Gendron taking the 1-2 spots, with national team rider Baily McDonald coming in third.  Will Buffey came away with the win in the Men’s Open Slopestyle contest, Liam Brearley in 2nd, and Gabriel Gosselin in 3rd.

In the stunt ditch, 2018 Olympian Calynn Irwin took home the top spot, Becca Ballantyne in 2nd, and Taylor Obregon in 3rd, with dev team riders and Calgary locals Shawn Fair and Jack Collins coming away with the 1st and 3rd spots on the men’s side and American rider Jason Wolle placing in 2nd.

Big Air was once again the NextGen show, with Francis Jobin & Jack MacDougall striking gold and silver respectively, followed by Nicolas Laframboise in 3rd ; Sommer Gendron & Jasmine Baird doing the same on the women’s side of things, followed by Jackie Carlson in 3rd.

A first of it’s kind, freestyle nationals also hosted the Mazda Super Grom Mini pipe competition, with over 100 groms (not a typo) taking part in the Star Wars themed event. Giving back to the little ones, the event was made even sweeter as the judging was done by members of the Halfpipe Dev team.

The Junior Nationals was a display of really really good snowboarding with an array of impressive runs from amateur riders across Canada. The Junior Slopestyle event saw Nicolas Laframboise take the top spot, followed by Liam Brearley in 2nd, and Cam Spalding in 3rd on the mens side. Ally Grenier took the win on the womens side followed by Janaye Prieb in 2nd, and Andie Gendron in 3rd. In halfpipe we saw Shawn Fair taking 1st, Kiran Pershad in 2nd, and Michael Modesti in 3rd on the men’s side. Becca Ballantyne stole the show with 1st on the women’s side followed by Brooke D’Hondt in 2nd, and Molly Hignell in 3rd. 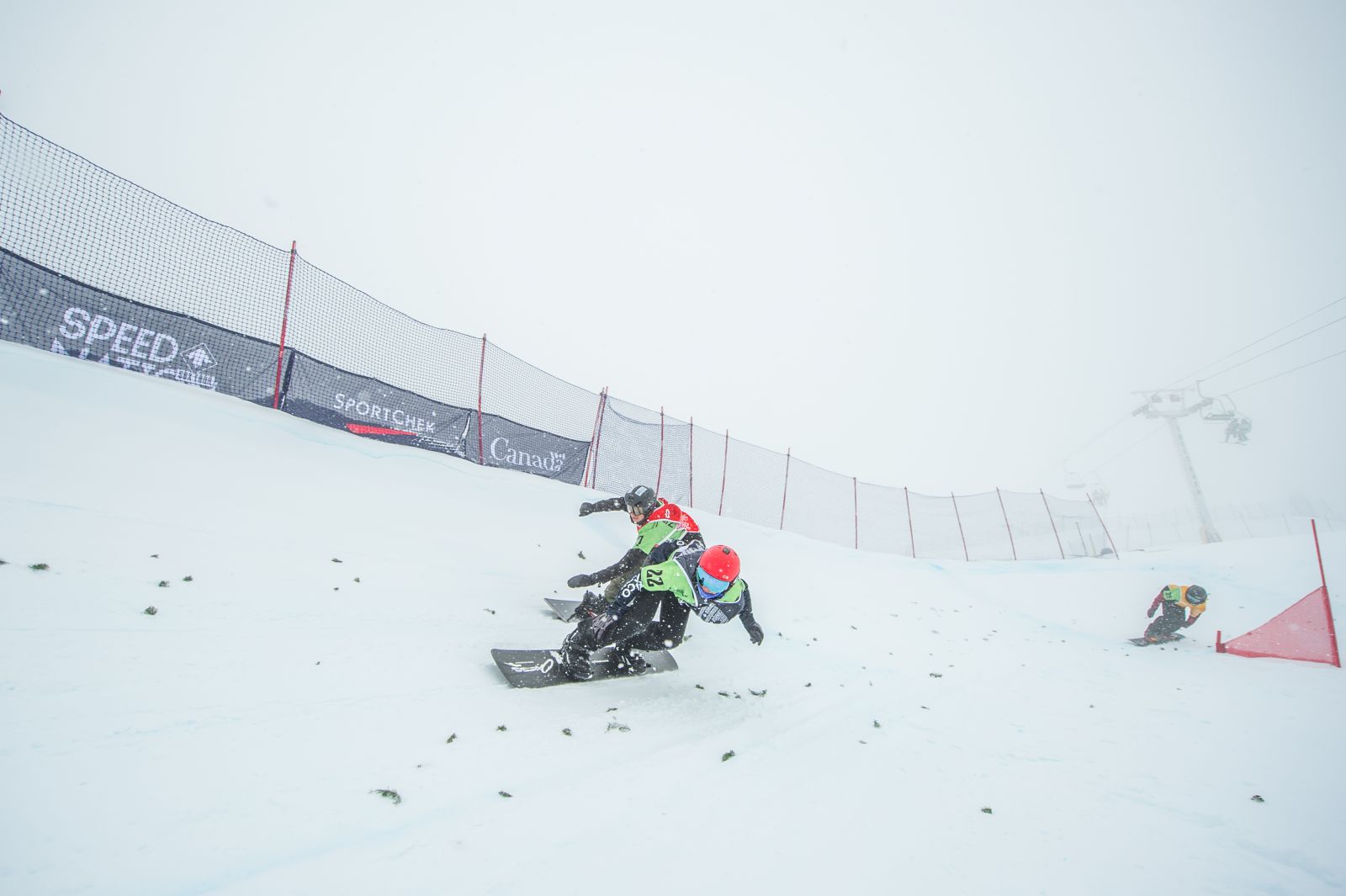 The last of the Canadian National Championships, Snowboardcross (“SBX”) riders from all over the country made their way to the snowy slopes of Big White Ski Resort to take part in the SBX and Para SBX national championships put on by BC snowboard.

Putting up with some snowy conditions, local hero and 2018 Olympian Tess Critchlow grabbed the title of National Champion over fellow national team rider Katie Anderson. On the men’s side, 16 year old Eliot Grondin, the second youngest member of Team Canada in PyeongChang, beat out Vernon BC’s Kevin Hill to win his first ever National title.

An international field brought some heavy heats in the Junior Nationals SBX race. On the women’s side Kiersten Edwards (USA) took the win followed by July Ann El Baze (CAN) in 2nd, and Anne Gagne in 3rd (CAN). Among the men it was Eliot Grondin (CAN) who won, followed by Evan Bichon (CAN) in 2nd and Henry Collins (AUS) in 3rd.